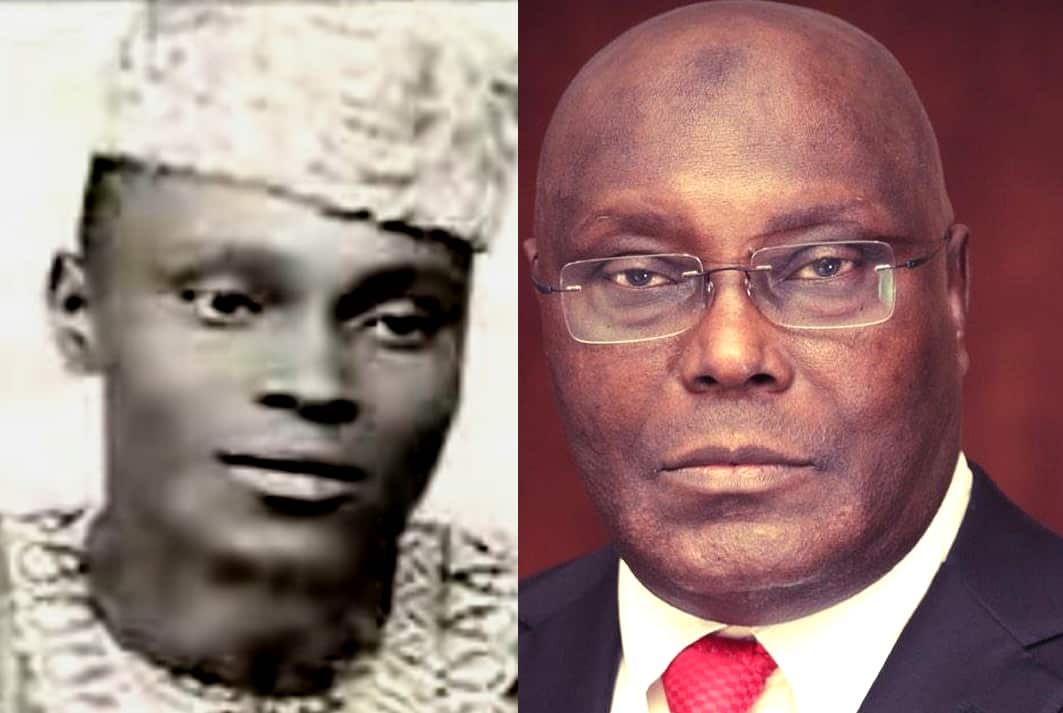 In a nutshell, we tell you the history of Atiku Abubakar, the Nigerian politician. We begin from his early days to when he became a famous Nigerian Politician.

Yes, everyone knows he was a former vice president of Nigeria. Again, the fact that he rejected Muhammadu Buhari’s victory in the 2019 Nigerian elections.

However, only a few consider Atiku Abubakar’s Biography which is quite interesting. Now, without further ado, let’s begin.

For Biography starters, Atiku Abubakar was born on the 25th day of November 1946. His birthplace is Jada, Adamawa State, Nigeria.

Atiku grew up in Kokoli, a small village at Jada local government of Adamawa State. That village is best known for its Agricultural significance.

Young Atiku enjoyed the benefits of being the sole child of his parents. A fact which the business mogul revealed while detailing his life journey;

“I was the only child born to my parents.

Years after I was born my parents tried to get aNOTHER.

tHEY TRIED TO GET A sibling for me. but were unsuccessful at it”

Atiku was much loved by his parents. They considered him to be a child with an auspicious future. More so, danced attendance to his material needs.

Garba Abubakar (Atiku’s father) was renowned for Islamic teaching. He did instruct young children in Kokoli village with his Islamic knowledge. The proud Dad overzealously worked to ensure that his son also had a good Islamic upbringing. 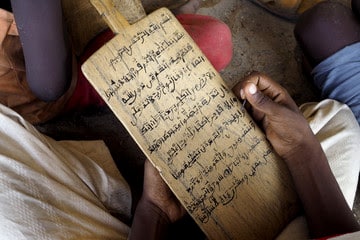 Garba’s overzealous disposition to instruct children with Islamic teachings was fueled by the then misconception of western education as the destroyer of cultural values and bane of morality.

As a result, the efforts of local officials who carried out compulsory mass literacy campaign was met with stiff resistance from Atiku’s father.

Consequently, Garba did get detention for days and was set free after meeting monetary charges for attempted deprivation of child education.

Starting off, Atiku began his western education at Jada Primary school in the year 1954 when he was aged 8.

After six years of basic or primary education, he attained sufficient knowledge that secured him admission into Adamawa provincial secondary school in Yola (the capital of Adamawa) where he embarked on a five-year high school education program in 1960. 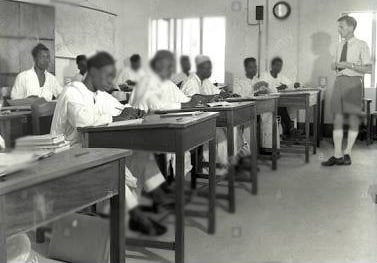 During Holidays he worked as a young teenage clerk for the district office of his local government.

The job came with ample pay that helped Atiku meet his personal needs as well as buy a house for his mother, who was facing threats of eviction at the time. 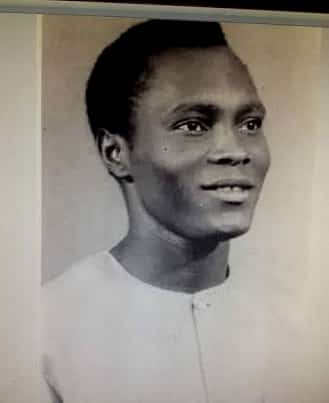 Post high school endeavours saw Atiku had bouts of studies at the Nigeria Police College Kaduna as well as the School of Hygiene in Kano where he clinched his first notable leadership role as Student Union President.

It wasn’t long before he secured enrollment to study law at the Ahmadu Bello University Zaria where he graduated in June 1969. 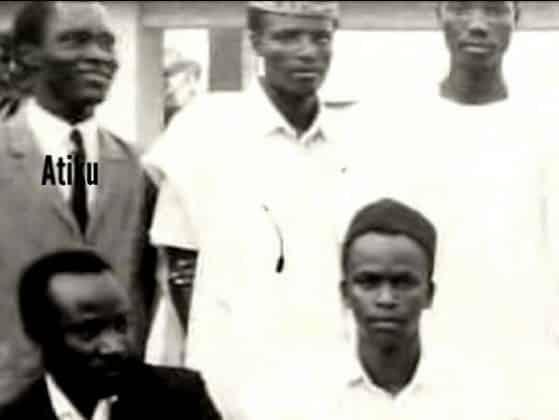 Upon graduation, Atiku found himself via an appointment into the Department of Customs and Excise, now known as the Nigerian Customs Service.

His faithful discharge of duties saw him rise through the ranks to become deputy director of Customs. 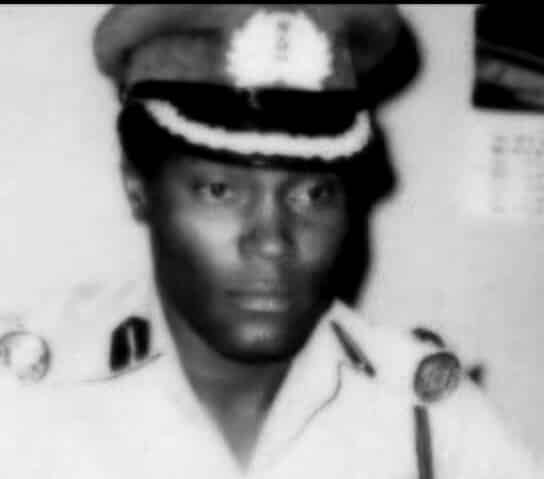 The period also marked his foray into business as he engaged in real estate investments. More rewarding was the small Oil and gas business he started with an Italian partner, Gabriel Volpi in the 1980s.

The business was registered as the Nigeria Container services (NICOTES) and operated in a container office during its early days at Apapa ports, in Lagos.

The business, now known as Integrated and Logistics Services (INTELS) was relocated to a decent office in Port Harcourt as it recorded successes.

Fast forward to date INTELS is a multi-million Dollars business that has thousands of workers in its employ with outposts in other African Countries. 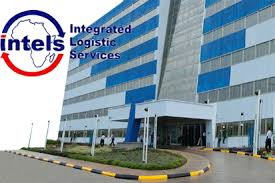 we portray Atiku’s rise to fame to his foray into politics. One which was enhanced by his close relationship with political influencers. He was actively involved in political permutations at a time when hopes were high with regard to a successful transition from dictatorial to Civil rule.

His commitment to the restoration of the civil rule which was held at bay by a series of military coups with resultant harsh dictatorship earned him the commendations and trust of his comrades. 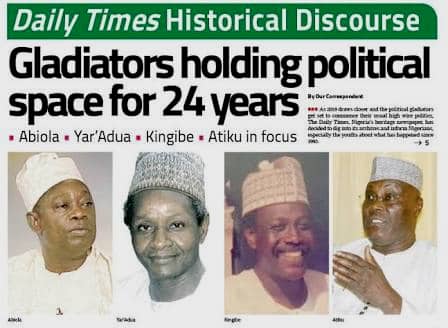 As a result, Atiku clinched his party’s card for the gubernatorial position of his state, which he disputedly won but was annulled by the domineering dictatorship of the then military Head of State General Ibrahim Babangida.

Subsequent political endeavors saw Atiku failed to become running mate to presidential aspirant Moshood Abiola, fled to London in order to escape dictatorial persecution and arrived united states to link up with Jackie Farris, a political strategist that was sympathetic to the transition movement in Nigeria. 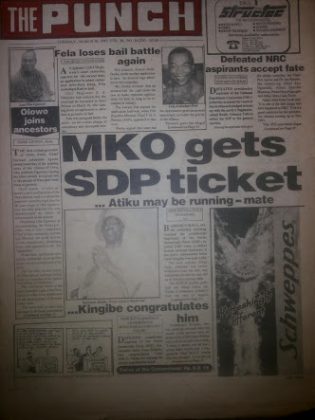 Months later, the death of the then-military head of state Sani Abacha paved way for a smooth transition to civil rule.

Atiku supported the candidacy of presidential aspirant Olusegun Obasanjo, who picked him as his running mate.

The duo aspiration was met with goodwill which saw them win the February 27th, 1999 election. The rest, as they say, is history.

For every thought geared towards understanding an optimal measure of practical love to many women, there’s an answer in the relationship lifestyle of Atiku. Unlike Yemi Osibanjo, he practices Polygamy.

The seasoned politician is currently married to four women not to mention an ex-wife who he divorced before getting married to his present fourth wife.

We bring you factual details about he met and married his wives of which Titilayo Albert is the first among equals.

Atiku and Titi (pictured below) were lovebirds whose relationship didn’t go down well the latter’s family. Consequently, the duo secretly got married in December 1971 in Lagos. 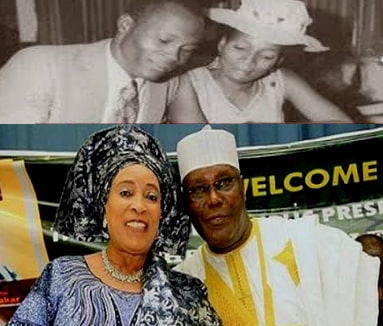 Eight years later (1979) Atiku tied the knot with Ladi Yakubu – whom we know little about. Other than the fact that Atiku dissolved their marriage to make room for his present fourth wife, Jennifer.

Commenting on the reasons behind his decision to take more wives, Atiku disclosed that;

“It was my desire to have an extended family because I had a lonesome childhood with no sibling to relate with. I don’t want such for any of my children hence my desire to marry more wives who do not only fulfill the stated aim but keep me company in all respects”

His marriage spree saw him unite with his third wife Princess Rukaiyatu who made the most additions of seven children to the family when compared to the six born by his fourth wife Fatima Shettima who he got married to in 1986.

The last of his wives is Jennifer Jemila, a television journalist who he tied the knot with years after re-establishing contact with her in the United States. 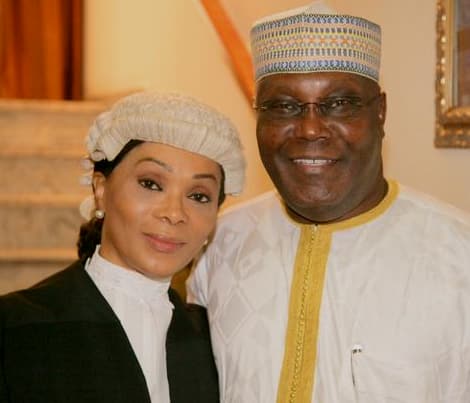 At the time of writing, Atiku’s marriage has 26 children. 4 by his first wife Amina Titi, as well as 6 by his second and divorced ex-wife Ladi Yakubu.

Similarly, 7 were born to him by his third wife Princess Yakubu, 6 by his fourth wife Fatima Shetimma while Jennifer who became the de facto fourth wife after the divorce of Ladi Yakubu, made an addition of three children.

Atiku Abubakar was the sole child of his parents. We bring you details about his parents.

According to reports, he lost his life through drowning (in December 1957). While trying to cross the Mayo Choncha River, a water body on the outskirts of Toungo in present-day Adamawa State.

Kind persons discovered his remains a day after. Afterwards, his family interred them according to Islamic rites.

Recounting the sad incident years later, Atiku gave insights into the life of his father;

“He was a simple, hard working, kind, honest and God-fearing man. I miss him a lot and wish he had lived long enough to see the benefits of Western education in my life. Nonetheless, I built an Islamic primary school at his burial site years later to immortalize him”.

Atiku’s mother, Aisha Kande, outlived her late husband to singlehandedly raise Atiku and saw him record a number of career successes in the Nigerian Customs Services.

She died in 1984 due to a heart attack. Until her death, Aisha Kande was a supportive mother who was proud of her caring son.

A particular controversy has trailed Atiku Abubakar for years. Severally, Political critics have used the William Jefferson conspiracy used against him. 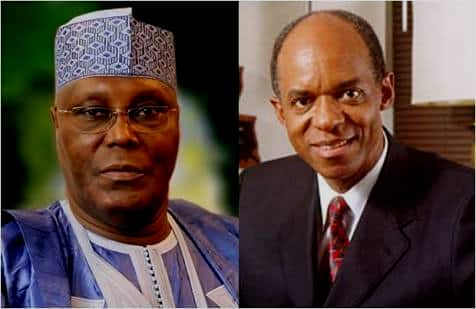 The conspiracy which dates back to 2005 came into limelight after the FBI videotaped congressman and the then representative of Louisiana, William Jefferson receiving $100,000 worth of $100 bills in a leather briefcase.

The videotape which was recorded via a wire worn by an investor Lori Mody captured Jefferson saying that he would need to give Nigerian Vice President (at the time) Atiku Abubakar $500,000 “as a motivating factor” to make sure their companies obtain telecommunications contracts in Nigeria.

Although the William Jefferson trial in the United States ended in 2009 without indicting or linking Atiku to corrupt activities, the former Vice president is yet to visit the United States, a development which raises speculation as to whether he has been banned from entering the states. Commenting on the speculations Atiku revealed that:

“I applied but wasn’t issued a visa. However, they did not decline me categorically either. They’ve only said my application is going through administrative process. It is the sole prerogative of America to determine who they want in their country or not. I’m not running away from America,”

More so The United States Department of Justice has in 2016 denied the existence of any pending lawsuit against Atiku Abubakar in the US. It, however, failed to comment on Atiku’s pending issuance of visa as it notes that;

Alhaji Atiku Abubakar had in 2014 claimed to be the highest private employer of labour.

This is in the Nigerian context. You can find the claim in tweets made by the former vice president. And it seems to hold water. The truth is, nobody has come forward to dispute it. Here is the claim.

As an individual, I believe my record in employing young Nigerians is unrivalled by any single private investor in Nigeria #LetsTalkJobs

Since the mid-80s, my private investments have generated thousands of jobs for Nigeria – currently standing +50,000 jobs #LetsTalkJobs

The Nigerian politician is one who makes huge contributions to education. This is in view of the benefits he did get from it. This was the ideology behind the establishment of a company. That company is ABTI – ZARHAM limited liability company.

The company’s name came into existence from the initials of Atiku’s children. Also, his divorced ex-second wife Ladi Yakubu is a co-founder of the establishment.

ABTI ZARHAM has subsidiaries in ABTI Nursery, and Primary School established in Yola. The school came into existence in 1992.

He has a long-time rivalry with his one-time Boss. That person is Ex-president Olusegun Obasanjo. A man whom he served under as vice president for 8 years. 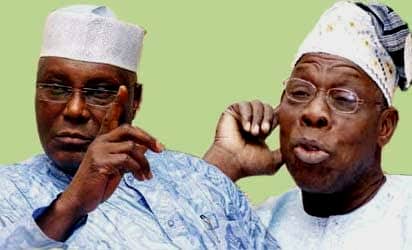 We consider him to be one of Nigeria’s few detribalized politicians. Also, a man from the northern part of the country. The truth is, this is owing to his marriage ties, which cut along ethnic and religious lines.

FACT CHECK: Thanks for reading the Biography of Atiku. The opposition leader to Muhammadu Buhari in the 2019 Nigerian general elections.

At ChildhoodBiography, we strive for accuracy and fairness. If you see something that doesn’t look right in this article, please reach us. Kindly place your comment or contact us!