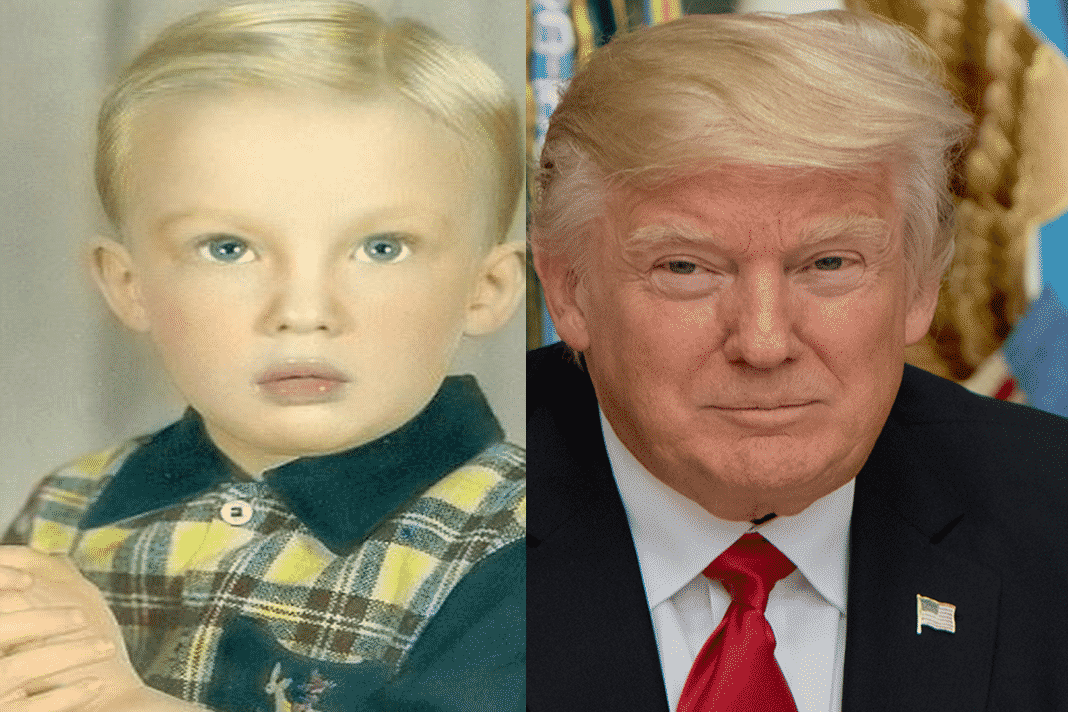 In the nutshell, this is a Life Story of the 45th president of the United States. It goes from his boyhood days, to when he became famous.

Yes everyone knows about his rise to Presidency but few consider his life outside politics which is quite interesting. Now without further adieu, let’s Begin.

He was born to his father Frederick Christ Trump who was an American real (estate developer and philanthropist) and his mother, Mary Anne (a domestic person and Scottish immigrant). 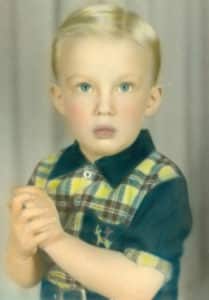 Donald was born as the fourth of five children of his family. He grew up in Jamaica, Queens, and attended the Kew-Forest School from kindergarten through seventh grade.

At age 13, he enrolled in the New York Military Academy, a private boarding school, after his parents discovered that he had made frequent trips to Manhattan without their permission. 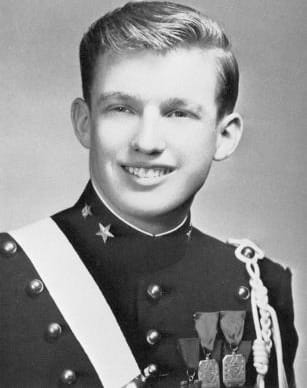 Throughout his childhood life, Trump showed the sort of behavior that is considered common for bullies.

Despite the family’s wealth, he was expected to work the lowest-tier jobs within his father’s company and was sent off to a military academy at age 13 when he started misbehaving in school.

He attended the Wharton School at the University of Pennsylvania and became the favorite to succeed his father after his older brother, Fred, chose to become a pilot.

Trump got into real estate with a “small” $1m loan from his father. He also helped manage his father’s extensive portfolio of residential housing projects in the New York City boroughs and after his father’s death, he took control of the company – which he renamed the Trump Organization – in 1971.

Trump has five children by three marriages, as well as nine grandchildren. His first two marriages ended in widely publicized divorces. However, we give you a glimpse of his relationship starting from the earliest.

With Kim Richards: Kim Richards could have been the first lady of the United States of America.

According to the WhoDatedWho website, she is the first woman who dated Donald Trump. The Real Housewives Of Beverly Hills star was once quizzed by Andy Cohen during a teaser. In her words…‘I had dinner with him. I had dinner with Donald,’ she conceded.

But the interviewer, Lisa Vanderpump wasn’t about to let it slide. ‘Make Love? Did You Make Love or Not?’ she probed.

‘Let’s just leave it at this!’ the flustered mother-of-four demanded. ‘I don’t want to talk about the President!’ ‘Oh come on,’

Vanderpump urged. ‘Did you see him take off his clothes…?’.The conversation ended there.

Ivana Zelnickova: His official relationship started with Ivana. Below is a photo of the cute couple in their early days. 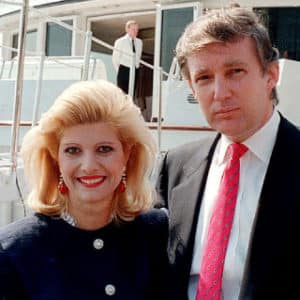 In 1977, Trump married Czech model Ivana Zelníčková at the Marble Collegiate Church in Manhattan, in a ceremony performed by the Reverend Norman Vincent Peale. 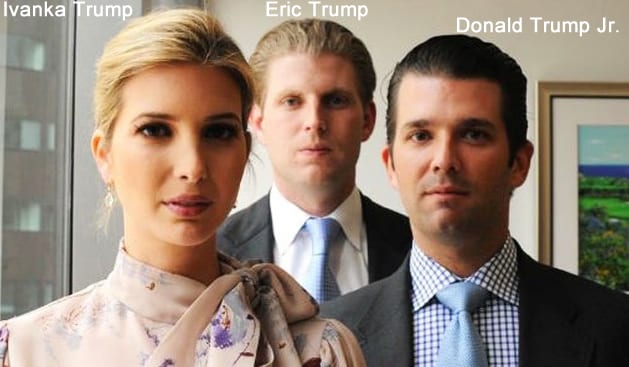 Upon his inauguration as president, Trump delegated the management of his real estate business to his two adult sons, Eric and Don Jr.

His daughter Ivanka resigned from The Trump Organization and moved to Washington, D.C. with her husband Jared Kushner.

She serves as an assistant to the president, and he is a Senior Advisor in the White House.

Marla Maples: As stated earlier, Marla Maples led to the divorce between Trump and Ivana.

In October 1993, Maples gave birth to Trump’s daughter, who was named Tiffany after high-end retailer Tiffany & Company. Below is an adulthood photo of beautiful Tiffany. 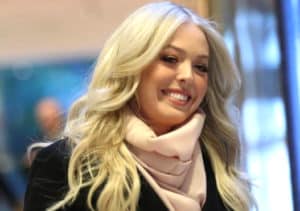 After her birth, Maples and Trump were married two months later in December 1993. Below is a photo of their wedding. 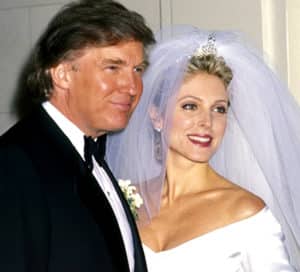 They divorced in 1999, and Tiffany was further raised by Marla in California. 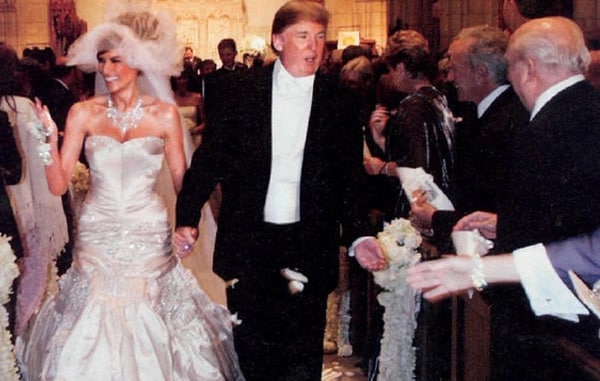 The ceremony was followed by a reception at Trump’s Mar-a-Lago estate. In 2006, Melania became a United States citizen and gave birth to a son, Barron. 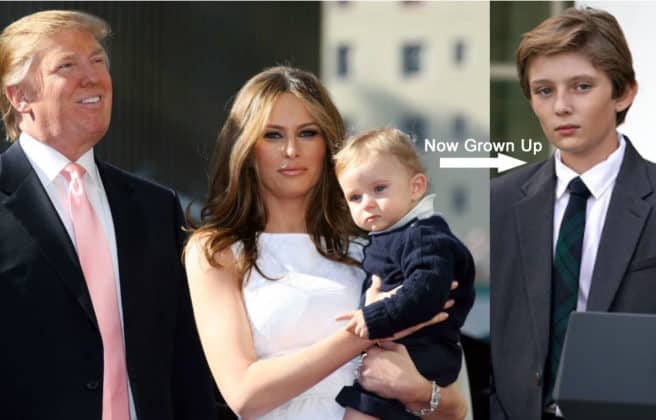 Trump’s ancestors originated from the German village of Kallstadt in the Palatinate on his father’s side. From his mother’s side, he came from the Outer Hebrides in Scotland.

Ideally, all of his grandparents and his mother were born in Europe. Below is a lovely photo of Donald Trump’s parents, Fred and Mary Anne. 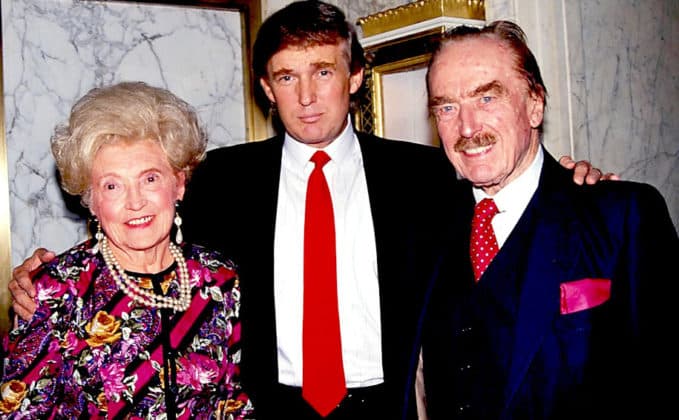 Mr Trump is the fourth child of New York real estate tycoon Fred Trump (pictured below) who died in 1999.

MOTHER: Trump’s mother Mary Anne was born in Tong, Lewis, Scotland. At age 18 in 1930, she emigrated to New York, where she worked as a maid.

Fred and Mary were married in 1936 and raised their family in Queens. 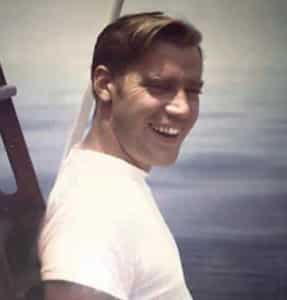 This happened in the year 1981. This incident that Donald Trump says led him to avoid alcohol and cigarettes his entire life. He also said that he has never smoked cigarettes or consumed drugs, including marijuana.

In childhood Biography, we strive for accuracy and fairness. If you see something that doesn’t look right in this article, please place your comment or contact us!.