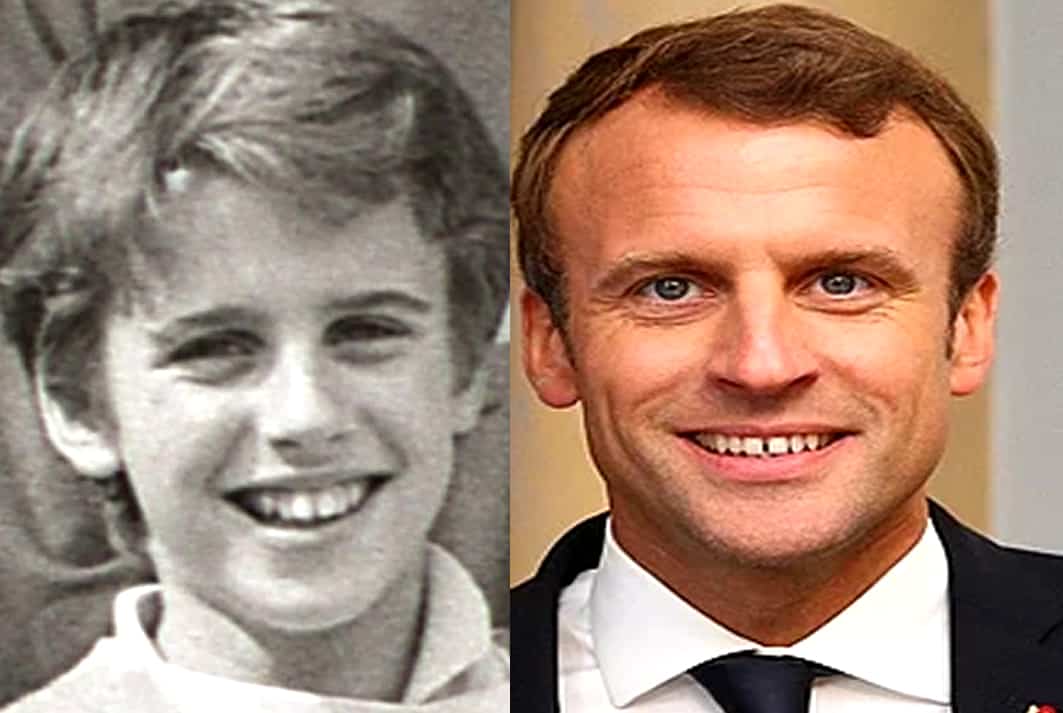 Childhood Biography presents the Full Story of a French Politician best known with the nickname “Manu“.

Our Emmanuel Macron Biography Facts brings you a full account of notable events from his childhood time to date.

The analysis of the French politician involves his early life, life story before fame, family background and personal life. More so, other OFF and ON-Screen little-known facts about him.

Yes, everyone knows he is the youngest president in French history. However, only a few consider Emmanuel Macron’s Biography, which is quite interesting. Now, without further ado, let’s begin.

For Biography enthusiasts, Emmanuel Jean-Michel Frédéric Macron was born on the 21st day of December 1977 at Amiens in France.

He was the eldest of three children born to his mother, Françoise Macron-Nogues (a physician) and to his father Jean-Michel Macron (a professor of neurology).

Regarding his family background, Macron is a French national of French ethnicity with English and Scottish roots.

Records also indicate that his paternal great grandfather, Robertson LeBlond was a British war hero who fought in northern France during the Battle of The Somme and thereafter married a French woman, Suzanne LeBlond (Macron’s paternal great grandmother) before he disappeared to London.

Macron was raised Catholic at Amiens where he grew up alongside his younger siblings, Laurent (brother) and Estelle (sister).

Although his parents were medical practitioners, they earned low public sector salaries, which made them stuck with the middle-class echelons.

Growing up at Amiens, young Macron was a smart kid who preferred spending quality time with adults instead of hanging out with kids of his age.

Similarly, he shared a close bond with his maternal grandmother, Manette, who taught him Leftist ideals and fostered his present-day passion for books.

As a result, intellectual precociousness became the hallmark of Macron, who seemingly skipped adolescence during his early school days.

He was often found interacting and having dinners with his teachers at local Jesuit school La Providence before completing his high school education at the prestigious Lycée Henri IV in Paris.

Upon graduation, Macron proceeded to the University of Paris-Ouest Nanterre La Défense where he obtained his first degree in Philosophy.

He later brought academic pursuits to a standstill after earning his master’s degree in public affairs from the Paris Institute of Political Studies.

Moving on to career build-up, Macron wanted to start off his career with the civil service and therefore got himself trained at the École Nationale d’Administration (ENA) where he graduated in 2004.

The first stop on Macron’s career cruise was at France’s General Inspectorate of Finance where he was made deputy rapporteur of a bipartisan commission.

It was at the inspectorate that Macron established a close bond with Jacques Attali who triples as one of France’s prominent social theorist, economists and advisor to former French President François Mitterrand.

Attali would thereafter play critical political and financial mentorship roles in the life of Macron beginning with recommending the political prodigy to join Rothschild & CIE Banque.

While at the bank, Macron recorded a rapid rise through the ranks to become one of the bank’s managing partner.

It wasn’t long before he joined the Socialist Party in 2006 and secured a senior role in former President François Hollande’s staff as deputy secretary-general of the Elysée presidential palace.

Years later, the 37-year-old was appointed France’s youngest minister of economy, a position that he also ditched in view of his increasing odds with ex-president Hollande as well as his desire to champion the cause of a centrist political movement, En Marche which he founded in 2016.

In November that same year, Macron announced his desire to run for president on the platform of En Marche.

His candidacy and proposed liberal reforms were welcomed by many who also believed that the era of established parties, especially the ruling Socialist Party was over.

Macron won both the first and second round of the presidential election ahead of Marine Le Pen of the National Front. He formally assumed office as the President of France after being inaugurated on the 14th of May 2017.

Starting off, Emmanuel Macron is a married man. We bring you factual details about his dating history and marital life including how he met and married his wife.

Starting off, there has been only one woman in Macron’s love story and she is no other person but Brigitte Macron.

Macron met Brigitte at Jesuit school La Providence where she was his drama teacher. He was 15 at the time while his teacher turned lover interest was 39!.

The lovebirds became noticeably close regardless of the fact that Brigitte was married at the time and had three children with the youngest being a daughter of Macron’s age.

On their part, Macron’s parents sought to frustrate the relationship by sending him to study at Lycée Henri IV in Paris.

Nonetheless, a 17-year-old Macron promised his wife to be that he would marry her no matter what comes in between them.

They eventually got married on the 20th of October 2007 after Brigitte divorced her former husband Louis Auziere in 2006.

Although no child has been born of the marriage, Macron can be very much considered to be the stepfather of Brigitte’s three children, Sebastien, Tiphaine and Lawrence.

Macron was born into a family of 5. We bring you factual details about members of his family.

Françoise Noguès is Macron’s mum. She was born in the year 1950 and works as a doctor with Social Security.

The mom of three has been separated from her husband since 2010 and is least talked about by Macron who prefers waxing lyrical about his grandmother.

Notwithstanding, she was present at her eldest son’s inauguration to support him as he set sails for a whole new life.

Jean-Michel is Macron’s learned dad. He was born in 1950 and works as a doctor and professor at the University of Picardy.

After his divorce from Macron’s mother in 2010, Jean proceeded to get married to a psychiatrist known as Hélène Joly.

Jean has always been close to his son whose interests he supports. He also dismisses reports which claim that he worked to frustrate Macron’s relationship with Brigitte.

Macron has two siblings; a younger brother Laurent as well as a younger sister Estelle.

Laurent and Macron grew up together at Amiens and also lived together in Paris as students. He works as a cardiovascular radiologist and is believed to be close with his elder famous brother.

Estelle, on the other hand, is Macron’s youngest and supportive sister. She works as a nephrologist in the region of Toulouse where she lives with her husband Carl Franjo.

Personal Life away from Politics:

Macron is a persuasive gentleman who is famed for his ability to convince people. He would often fix his intense blue stare on interlocutors and slowly build a Cartesian argument until he wins.

The Frenchman who is attracted by knowledge and experienced people has no propensity to chase women. Neither does he feel the need to eat and sleep as he is most times immersed in work. 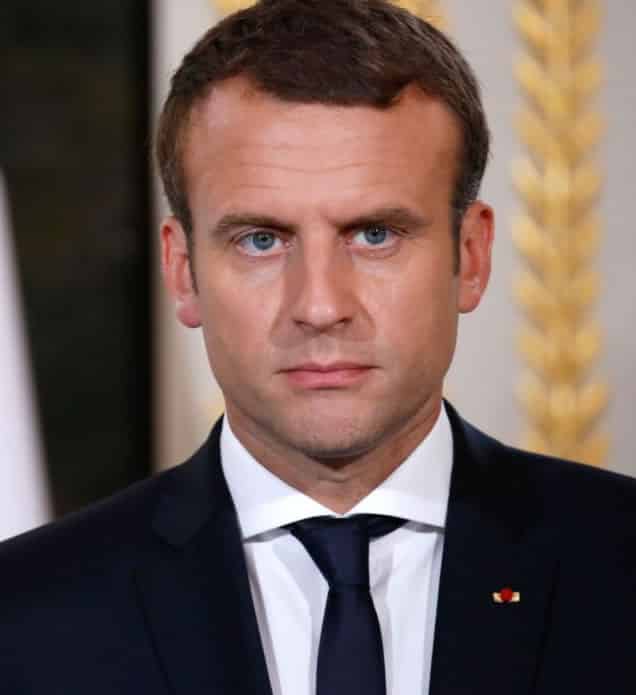 Moving on to matters of faith, Macron is agnostic but shows appreciation for Catholicism. Regarding his hobby, Macron takes great pleasure in playing the piano and tennis.

Macron made his first million while working as a bank partner with Rothschild & CIE Banque between 2010 – 2012.

He used to be an intern at the French embassy in Abuja in 2000 as well as a regular visitor to the Afrika Shrine in Lagos, Nigeria.

Ever Since he graduated from École Nationale d’Administration (ENA) in 2004, Macron has declined no fewer than 2 job offers, 1 political candidacy and resigned from 2 jobs in the civil service.

Macron is the first foreign leader to make a formal state visit to US President Donald Trump in Washington D.C.