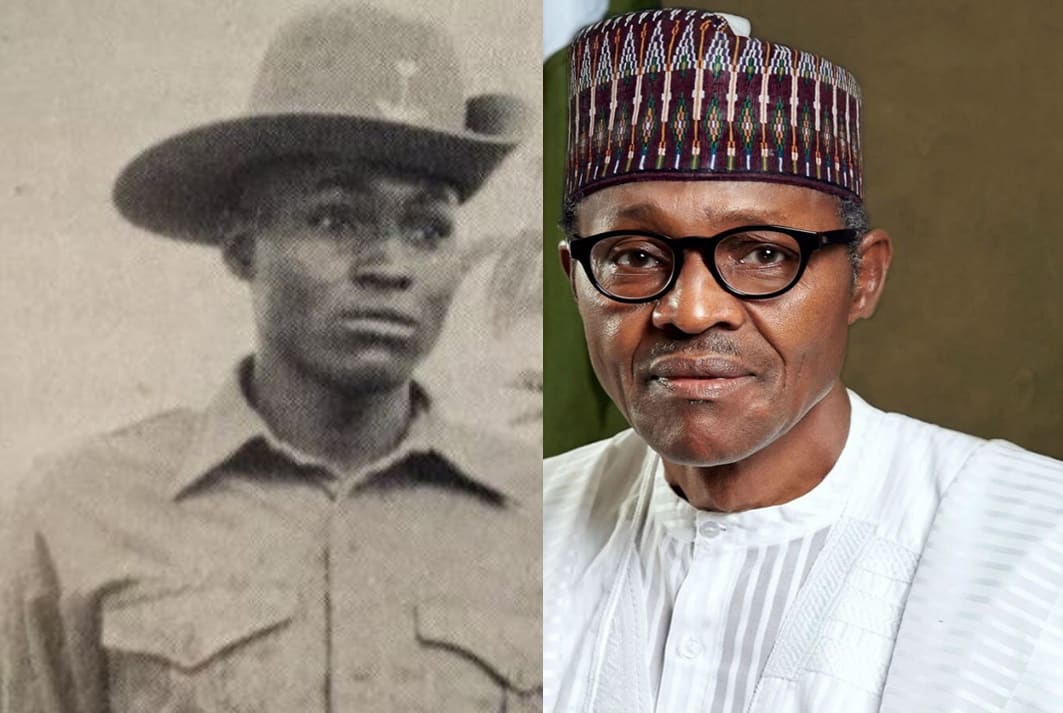 In the nutshell, this is a Life Story of Sai Baba. We begin from his boyhood days to when he became famous.

To whet your autobiography appetite, we’ll tell his story from his childhood to adulthood.

Yes, everyone knows about his disciplinary-oriented dictatorship and political struggles. However, only a handful consider Muhammadu Buhari’s Bio, which is quite interesting. Now, without further ado, let’s begin.

For Biography starters, Nigerian politician – Muhammadu Buhari – was born on the 17th day of December 1942. His birthplace is in Daura, Katsina State, Nigeria.

Buhari was born to his mother, Zulaihat Musa (of Hausa extraction). And to his father, Hardo Adamu (a Fulani chief).

Although Young Buhari was born into an organized family, he was raised by his mother due to the early demise of his father when he was aged 4.

Being the 13th born of his mother and the last child (24th) of his polygamous family, Buhari had enough siblings to influence him positively.

As a child, Buhari had a gentle demeanour coupled with a positive disposition to life. These traits made him begin an early quest for knowledge when he was aged six.

He attended the local Central Primary School in Daura In 1956 before he progressed to the Katsina Provincial Secondary School (now Government College, Katsina) where he developed his social skills and sowed seeds of undying friendship.

While in secondary school, Buhari not only heightened his inborn positive traits but added more to his personality. Contemporaries who attended the same schools with Buhari attest to his studious and religious nature.

In addition, he was described as hardworking and most importantly, trustworthy. These attitudes made him earn the position of head prefect and endearment to his teachers and principal officers as pictured below (3rd from right). 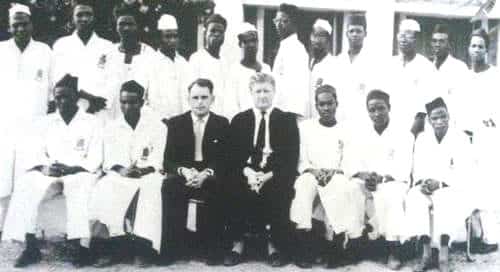 The principal officers also supported Buhari’s a post-secondary school decision to join the Army (then known as Royal Army) by writing a recommendation letter that certified him suitable for the military commission.

The letter was attached to Buhari’s personal application pictured below. 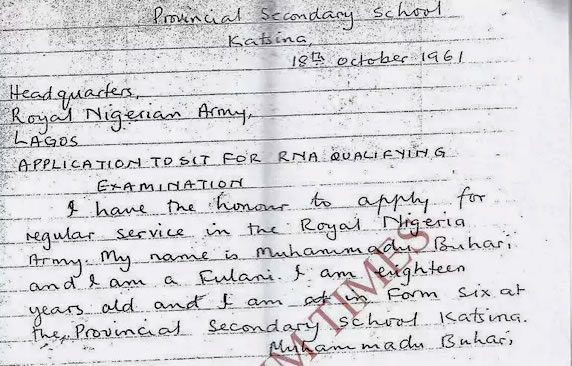 Military school was a brave new world to teenage Buhari, and he sought to explore every bit of it.

He consequently secured membership as Military Cadet and at some point, headed his unit with the faithful discharge of duties. He also had a good relationship with his fellow cadets as pictured below (first from left).

At 21 years of age, Buhari was commissioned as a second lieutenant and appointed Platoon Commander of the Second Infantry Battalion in Abeokuta, Nigeria.

His commissioning opened a window for further military training, which enabled him to rise through the ranks.

Also, play special roles during the Nigeria civil war between 6th July 1967 to 15th January 1970, participate in 3 post-civil war military coups and become head of state in 1983. The rest, as they say, is now history. 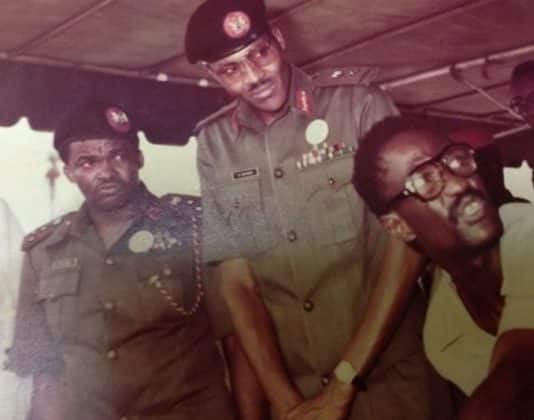 Buhari met his first wife Safinatu, before the civil war. Theirs was love at first sight which culminated into marriage in 1971 when she was aged 18.

The marriage was held two days after her graduation from women’s teacher’s college Katsina. 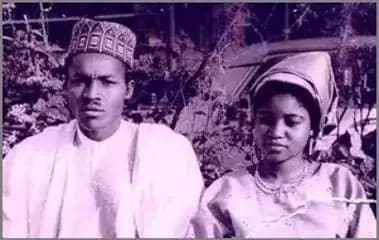 Their union was blessed with five children – four girls and one boy. Safinatu’s first daughter, Zulaihat (deceased) was named after Buhari’s mother. Their other children are Fatima, Musa (deceased son), Hadiza, and Safinatu. 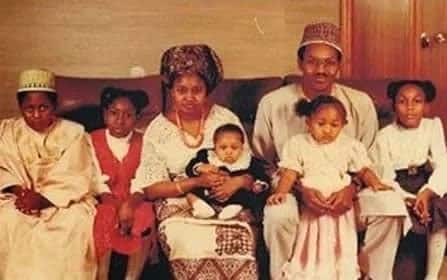 Buhari divorced Safinatu in 1988 because of alleged financial dealings with the then incarcerator, General Ibrahim Babangida, while he was in detention after being overthrown from the position of head of state. She later died from complications of diabetes On 14 January 2006.

Shortly after Buhari’s divorce with Safinatu in 1988, he got married to his second and current wife, Aisha Buhari, in December 1989.

Their union was also blessed with five children together, a boy and four girls: Aisha, Halima, Yusuf, Zahra, and Amina. Pictured below is a photo of Buhari, his wife, Aisha, children, and grandchildren.

Buhari grew up in a large polygamous family, sit back as we give you details of members of his family.

Buhari’s father, Hardo Adamu was a Fulani chief of Dumukorl, a village near Daura. Being a chief comes with its benefits. That explains why Hardo Adamu had a large polygamous family of 24 children and was able to sustain them before his death.

His existence did not go unnoticed by Buhari as he recalls that he father was tall and fair in complexion.

Buhari’s mother, Zulaihat Musa, was a widow (having born 7 children to her deceased husband) before she got married to Hardo Adamu.

She outlived Hardo Adamu long enough to see Buhari (who she single-handedly raised) rise to fame before her death in 1992. She gave birth to a total of 28 children and Buhari was her last child.

Buhari had no fewer than 28 siblings considering the ties he has with the children of his biological father, Hardo Adamu, and those he had with his half-brothers in his mother’s previous marriage.

However, there’s just one surviving sibling left, Hajiya Rakiya Adamu, who doubles as Buhari’s elder sister. Indeed, her resemblance to Muhammadu Buhari is quite obvious. 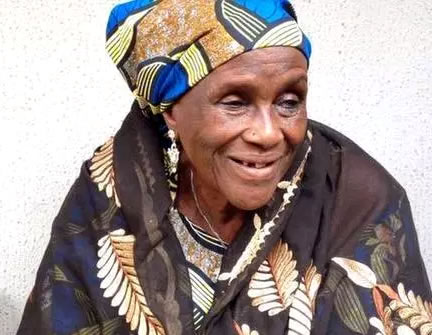 Aside from offering moral support to her brother, Hajiya Rakiya Adamu has contributed a lot to helping Buhari identify his family ties.

What are the makings makes of the Dictator who turned Democrat?, Relax as we share interesting insights about his personality. 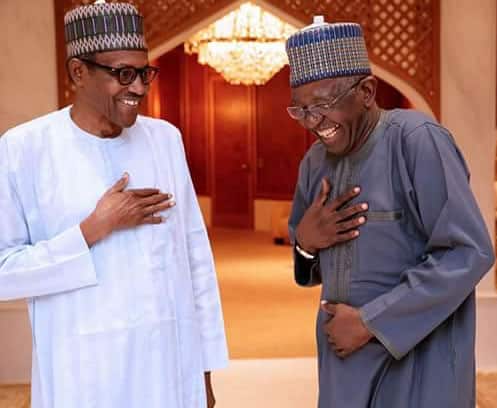 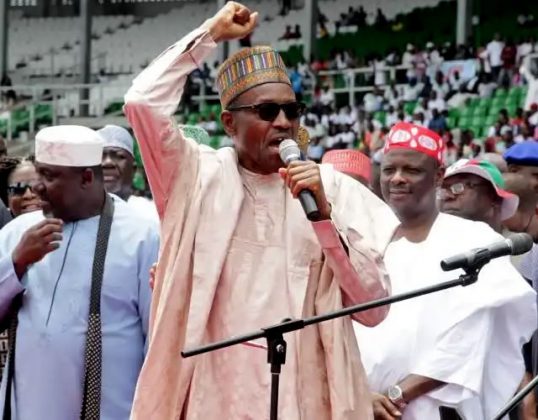 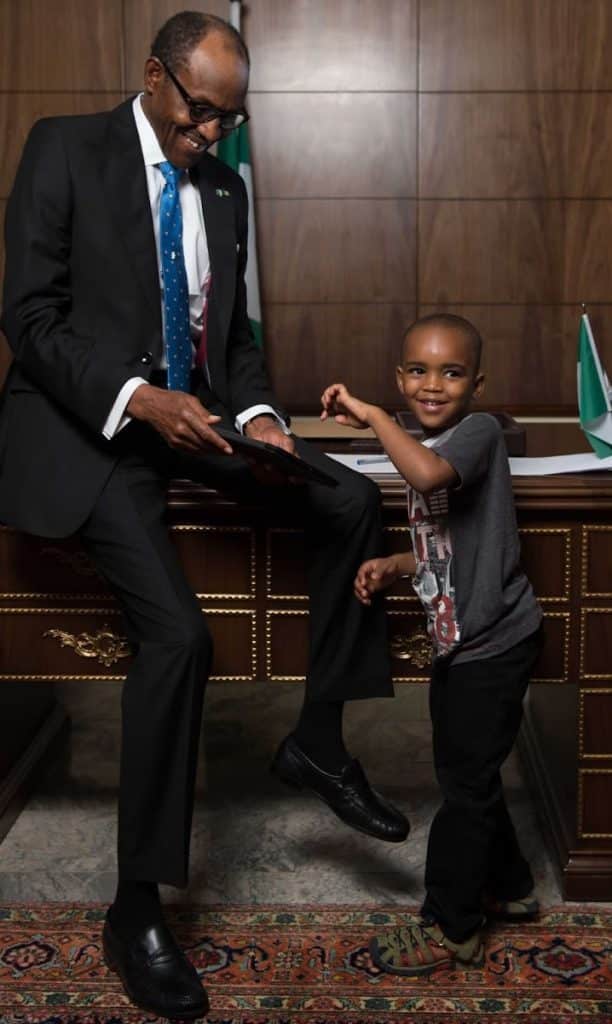 Buhari began his military career as a cadet in 1961. We bring you untold facts of his exploits before his retirement to civilian life in 1985 and a post-military recognition. 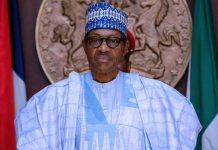 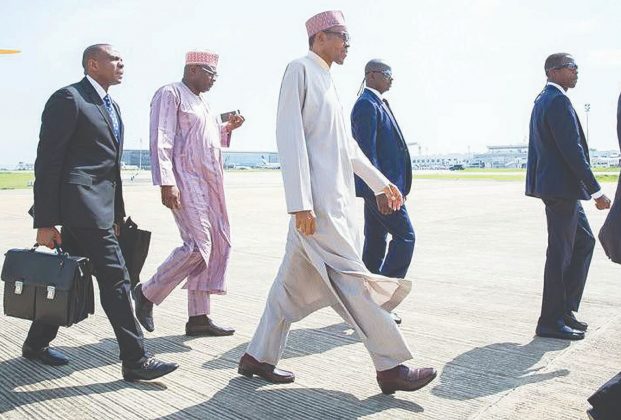 Thanks for reading our Muhammadu Buhari Childhood Story plus untold biography facts. At ChildhoodBiography, we strive for accuracy and fairness. If you see something that doesn’t look right in this article, please place your comment or contact us!