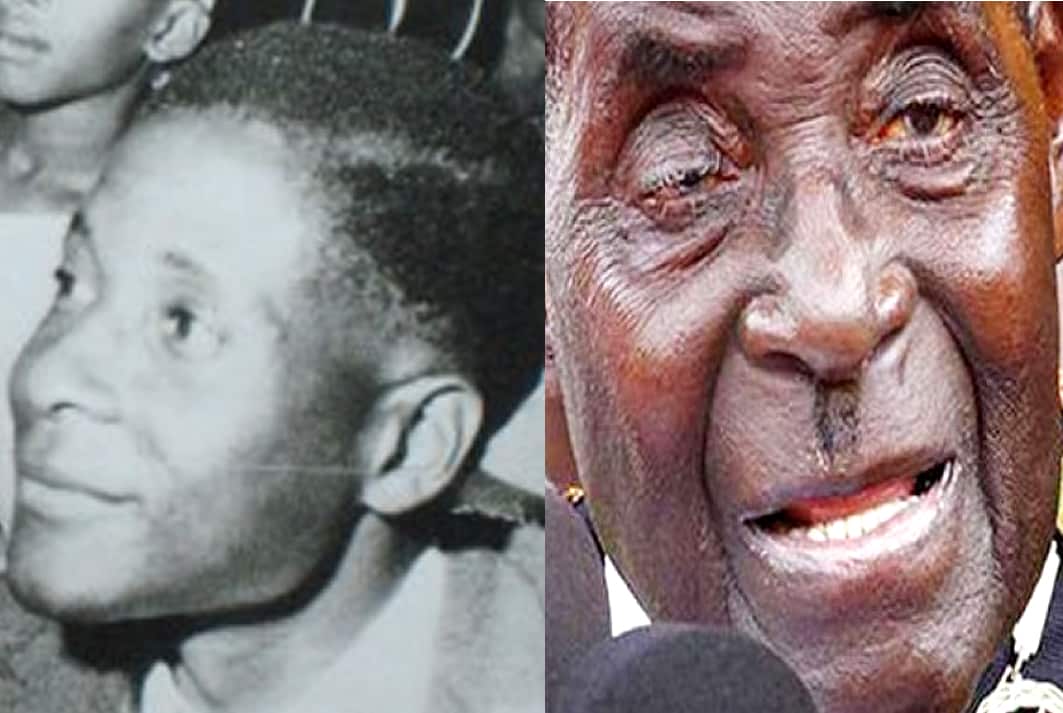 Childhood Biography presents the Full Story of an ex-president of Zimbabwe, best known by the nickname “Old Croc“.

Our Robert Mugabe Childhood Story plus Untold Biography Facts brings you a full account of notable events from his childhood time to date.

The analysis of the Late African Political Leader involves his early life, life story before fame, family background, and personal life. More so, other OFF and ON-Screen little-known facts about him.

Yes, everyone knows about his sit-tight autocratic governance during his time in power. However, only a few consider Robert Mugabe’s Biography, which is quite interesting. Now, without further ado, let’s begin.

For Biography starters, Robert Gabriel Mugabe was born on the 21st day of February 1924 at Kutama, Southern Rhodesia (now Zimbabwe).

His birth came just four months after Southern Rhodesia became a British colony, a development that ushered in oppressive laws.

Young Robert was born the third of six children born to his mother, Bona (a teacher) and to his father, Gabriel Matibili (a carpenter).

Growing up at his hometown in Kutama, Mugabe had a very challenging adolescence life. The ex-autocrat was only 10 years old when he lost his eldest brother Micheal (born 1919) to the cold hands of death in 1934.

Following the death of his eldest child, Gabriel (Mugabe’s father) abandoned his family to start a new life elsewhere.

Robert Mugabe lived through a parental break-up which caused deep emotional pains to him and his mum. Speaking about his father’s disappearance, Mugabe once said;

“I even wrote him (his father) a letter expressing my unhappiness about how he left me and my mum.

He came back in 1944 while I was teaching at a distant land but I was never able to see him. He was long dead by the time I arrived”

Further pains came to the Mugabe Family that same year 1934. That year, Mugabe’s immediate brother Raphael (born 1922) also died leaving him as the most senior member of the remaining siblings named Donato (brother) as well as younger sisters Sabina and Bridgette.

Mugabe, therefore, stepped into the void to assist his mother in taking care of the remaining family. He achieved this by tending to the family’s cows and working odd jobs to make money.

Mugabe Mother Bona was a strong woman who worked as a teacher and raised her 4 children.

It was Bona who saw that Mugabe Mugabe does not only record academic excellence at the basic level but proceed to higher educational institutions, a development that was against trends in his hometown.

Mugabe had his basic or elementary education at the local Jesuit mission in his hometown. While at the mission, Mugabe was a smart kid whose teachers predicted would surpass his peers by acquiring higher education.

True to their prediction, Mugabe progressed to St. Francis Xavier Kutama College, where he was known to live a solitary life by tending to his books.

Upon graduation from the college, an impressive young Mugabe was admitted on scholarship to the University of Fort Hare in South Africa’s where he graduated with a Bachelor of Arts degree in history and English in 1951.

Subsequent notable academic endeavours saw Mugabe move to Northern Rhodesia, where he lectured at Chalimbana Teacher Training College, an activity he combined with working towards acquiring his Bachelor of Science degree in economics. He also took correspondence courses with the University of London.

1957 was the year in which Mugabe took up a teaching job at the newly independent Ghana.

While at the West African country, Mugabe was inspired by the working example of Marxism set by the Ghanian President at the time, Kwame Nkrumah. 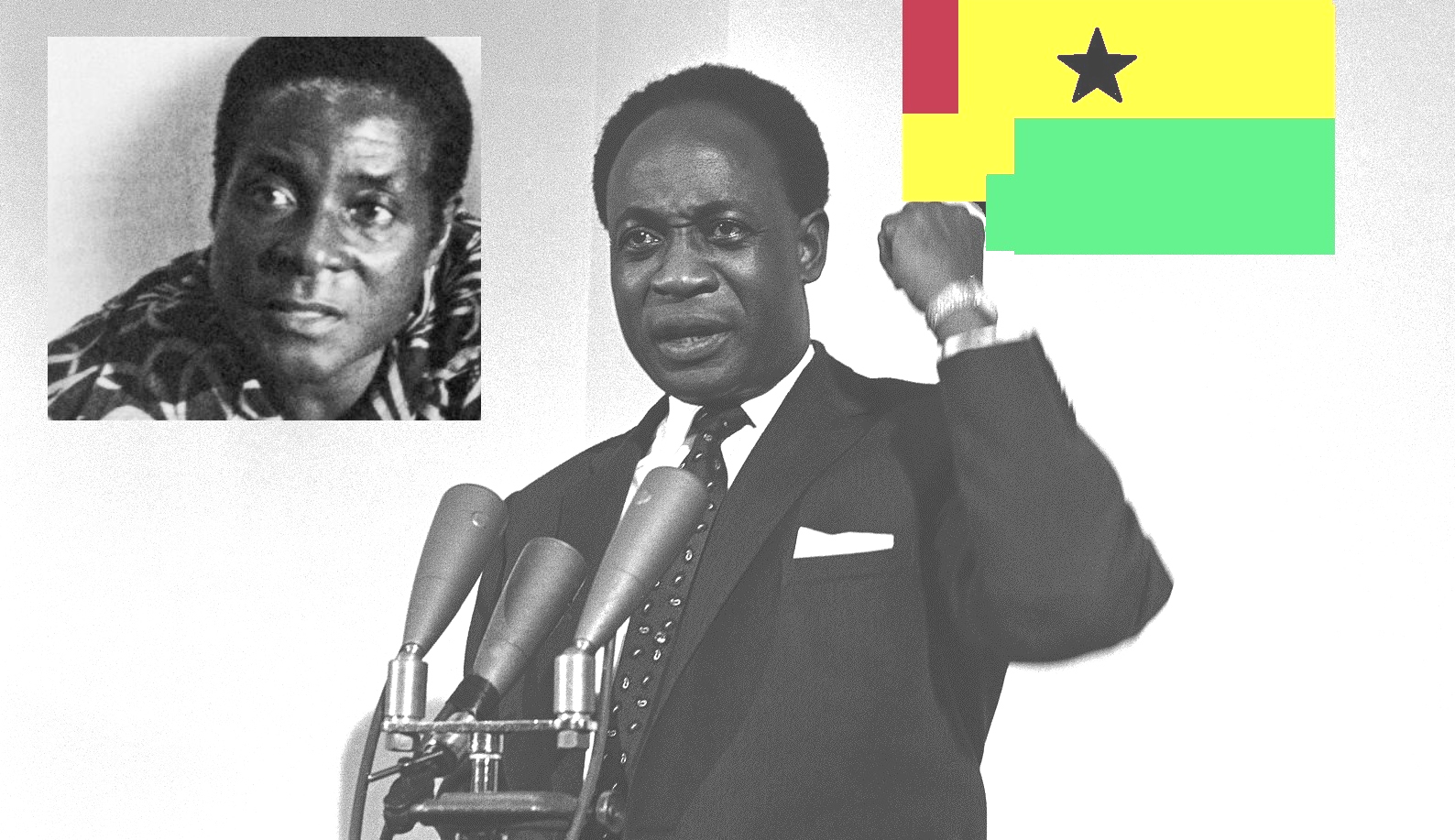 Returning to Southern Rhodesia in 1960, Mugabe was displeased by the fact that his colony had witnessed an explosion in the population of whites with massive displacement and oppression of the aboriginal black population. 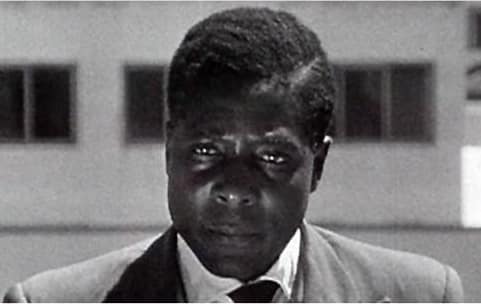 A revolutionary Mugabe who had declared himself as a Marxist-Leninist during his brief stay at Ghana rallied with a few others at the then-existing National Democratic Party (NDP).

They fought to see an end to the governance by the white minority. However, the Party was banned.

The former schoolteacher, with seven university degrees, later waged a bloody guerrilla war against the white colonial rulers who made him the most wanted man in their arrest list.

It wasn’t long before Mugabe was arrested for his revolutionary roles and hate speech against the whites. 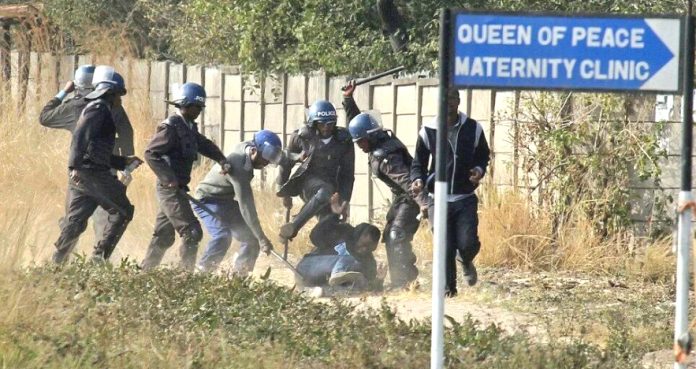 It was alleged that Mugabe made a “subversive speech” in 1964 which led to his arrest warrant.

He got sent to Jail for 11 years under Ian Smith’s Rhodesian government. Imprisonment, however, didn’t stop Mugabe from coordinating guerrilla operations discussions while in prison. 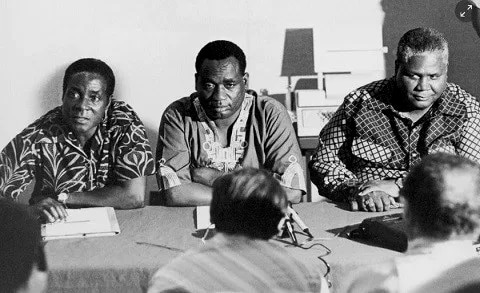 This act continued until he was released in 1974. Mugabe’s release came with intensified revolutionary battles that raged throughout the 1970s.

This war crippling the Rhodesia colony’s economy and finally forced Britain to foresee a changeover to black majority rule. 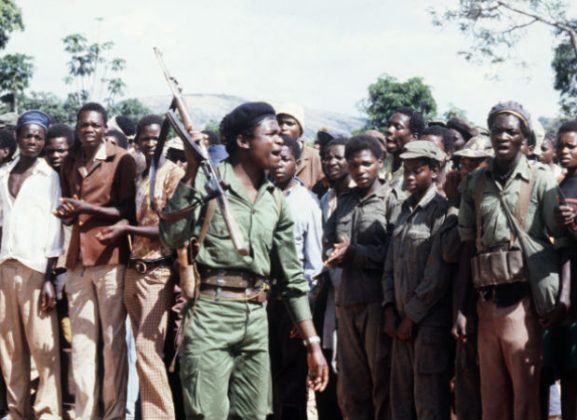 Southern Rhodesia was therefore liberated in 1980 to become the independent Republic of Zimbabwe. Robert Mugabe used this opportunity to run under his ZANU Party to become the country’s first sworn-in prime minister. 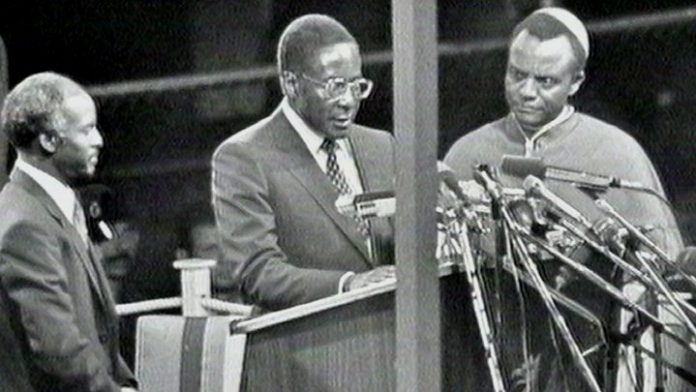 Years later the position of prime minister was removed, a development which saw Mugabe assume a new office of the executive President of Zimbabwe in 1987. The rest, as they say, is history.

Mugabe has been married to two women. First was his little-known marriage to Sally Heyfron, a woman he met at St. Mary’s Teacher Training College in Ghana during the peak of his teaching career.

The love birds began a romantic relationship that culminated into Marriage in 1961. 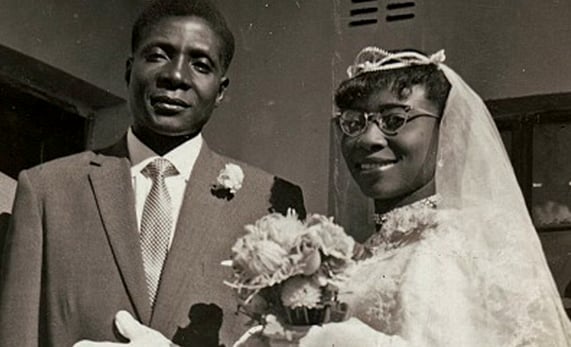 Their union was blessed with three children; a daughter Bona Mugabe, a son Robert Mugabe Jr and another son who unfortunately died at the tender age of three. 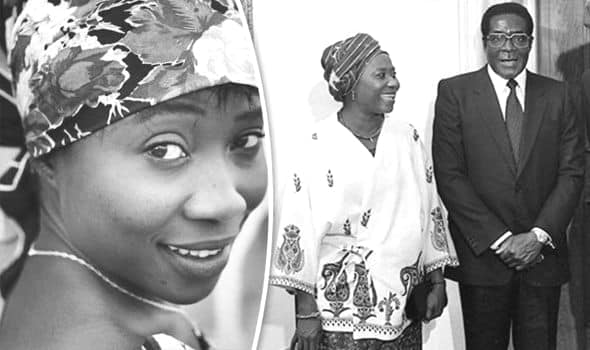 Sally’s death paved way for Mugabe to marry his second wife Grace Marufu who was his secretary at that time.

Did You Know?… Mugabe started having an affair with Grace (his secretary) while he was still married to Sarah. 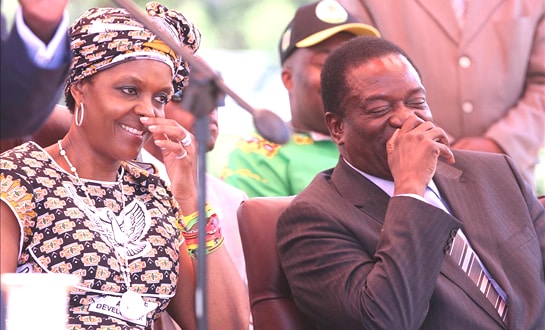 Grace at the time of having an affair was already married to her first husband Stanley Goreraza.

Following Sally’s death, Grace divorced her husband whom she already had a son with to marry Mugabe on the 17th of August 1996.

Mugabe has a son With Grace called Chatunga Bellarmine. He also agreed to adopt the son from Grace’s former relationship, Russell Goreraza.

Getting to know Robert Mugabe’s personal life will help you get a complete picture of him. Mugabe is an old man with an exceptional sense of humour and intellectual arrogance. 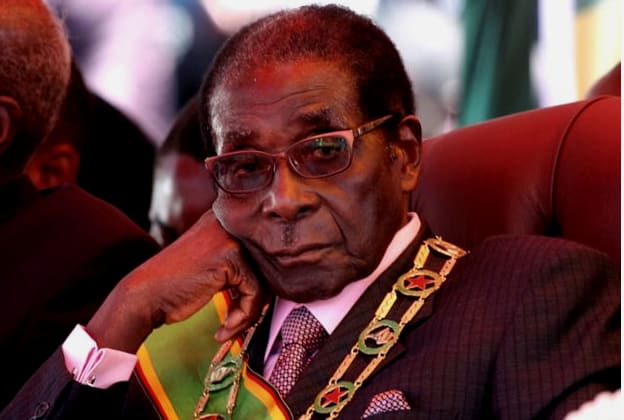 He is a gifted politician with a multifaceted personality in line with the teachings of Italian philosopher, Niccolo Machiavelli in his book, The Prince. Here are some of his jokes;

Don’t fight even over girlfriends. The country is full of beautiful women. If you cant get one, come to Mugabe for assistance.

It’s hard to bewitch African girls these days because each time you take a piece from her hair to the witch doctor, either a Brazilian innocent woman gets mad or a factory in China catches fire.

Nobody walks faster than a man accompanying an ugly girl in the morning after a one night stand.

Some girls don’t attend the gym but look physically fit because of running from one man to another.

Birthday Facts: In addition to Mugabe’s love for eating crocodiles, he also likes to use the animal as his cakes for his birthdays. Below is a 5ft confectionery crocodile cake filled with icings. 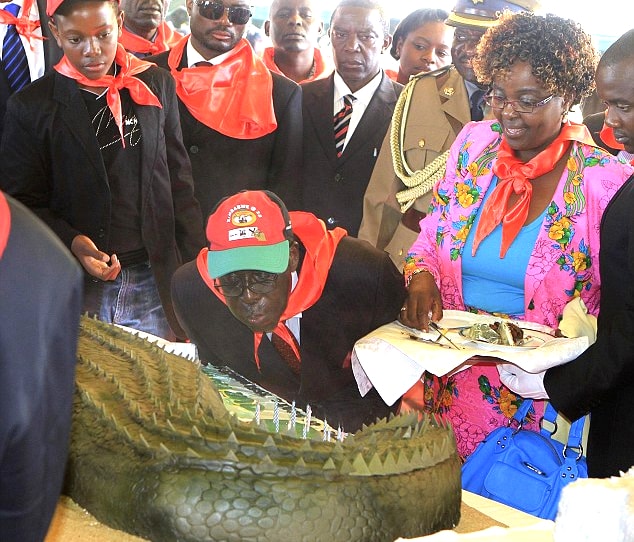 Every year of his life, Mugabe loves to make huge crocodile cakes that weighed 88kg – 1,000g. While he eats a Croc, his guests would be fed with young elephants and buffaloes.

In 2002, BBC reported that Mugabe’s birthday party cost £650,000. This money was spent while his country people are left starving.

Death Hoax: He has severally been reported dead by purveyors of fake news. This usually happens when he falls asleep during events. 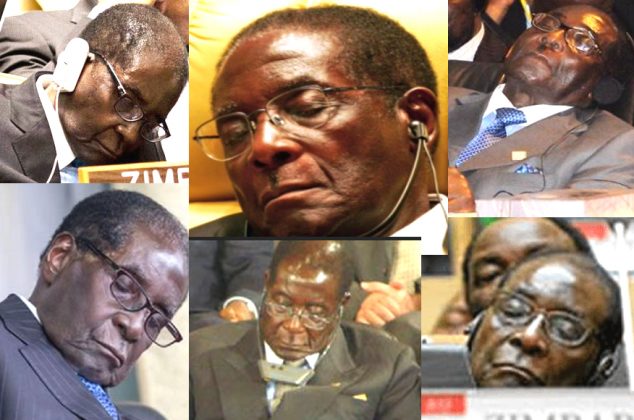 Reacting to one of such rumours Mugabe once said;

“I have died many times, that’s where I have beaten Christ. Christ died once and resurrected once”.

The Zimbabwean Million Note: During Mugabe’s reign as president, money notes up to fifty million dollars was produced.

The act led the country to a severe economic and political crisis, with inflation figures rising at over 100,000 per cent. The new note seen below is worth the equivalent of three loaves of bread. 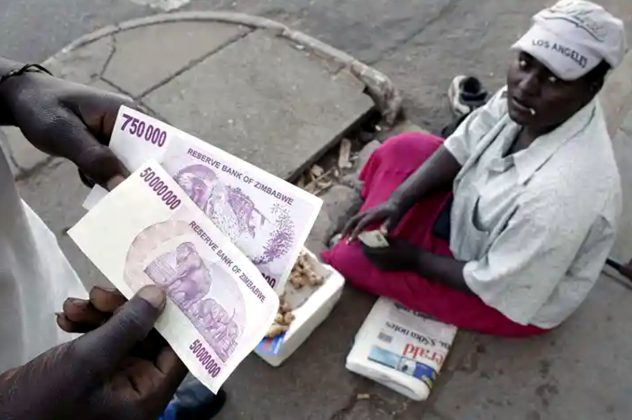 Same S*x Marriage: Mugabe, who is known for his strong stance against homos3xuality, proposed marriage to the then president of America Barrack Obama after same-s3x marriage was legalized in the US. According to him:

“Since President Obama endorses the same-s3x marriage, advocates homos3xual people and enjoys an attractive countenance, thus if it becomes necessary, I shall travel to Washington, get down on my knee, and ask his (Obama’s) hand in marriage.

I can’t understand how these people dare to defy Christ’s explicit orders as our Lord prohibited mankind from sodomy.” 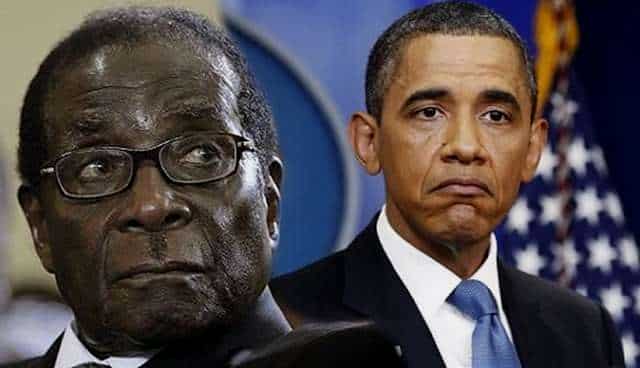 This section breakdown Facts about members of his household. Now, without further ado, let’s begin.

Asides from Micheal and Raphael, who died when Mugabe was aged 10, Mugabe has buried the rest of his siblings born of the union between his mother and father.

They include Donato, Sabina and Bridgette. The only surviving sibling (as at the time of writing) is Dr Regina Gata (pictured below), a woman born of Mugabe’s father’s second Marriage. 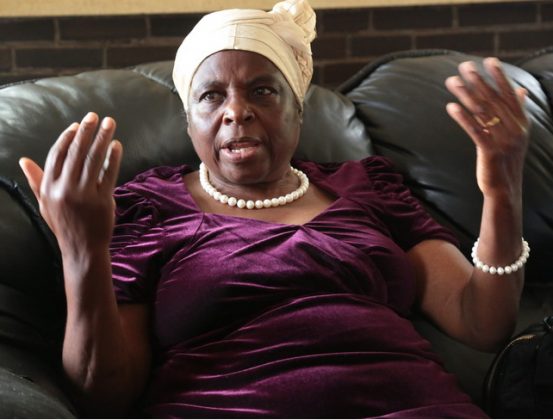 At ChildhoodBiography, we strive for accuracy and fairness in our quest to deliver you Politicians’ Biography. Kindly stay tuned for more related Politicians’ Bio from us. The Childhood Story of Adolf Hitler, Angela Merkel, and Benjamin Netanyahu would interest you. If you see something that doesn’t look right in this article, please place your comment or contact us!