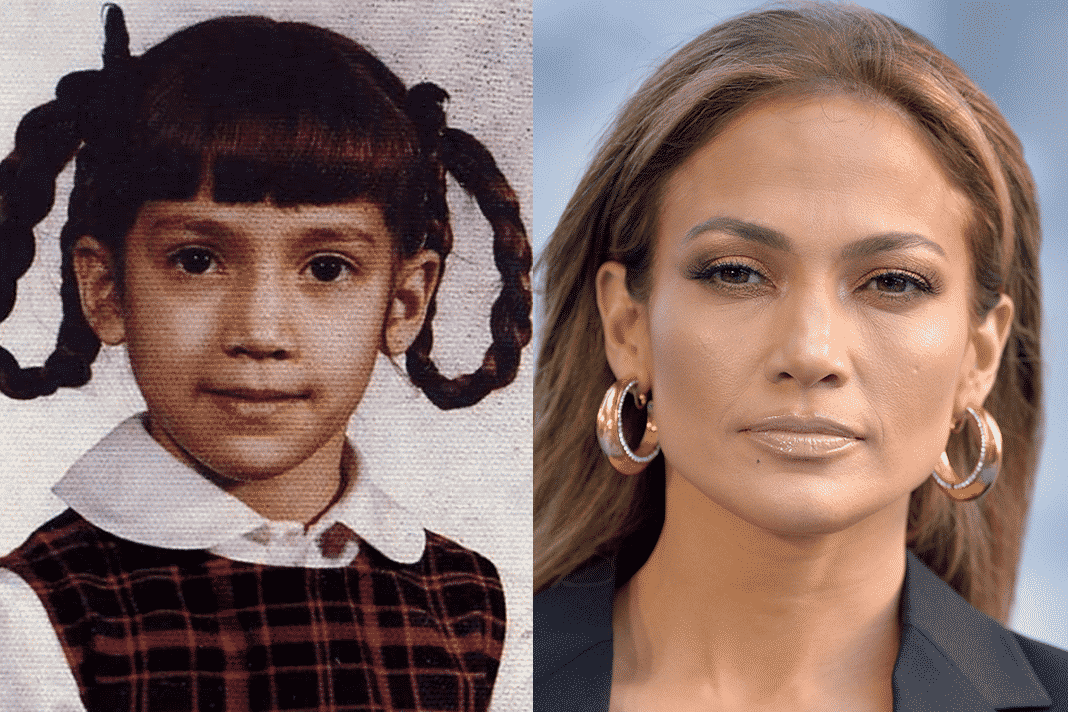 In the nutshell, this is the Life Story of the American actress, singer, dancer, fashion designer, producer, and businesswoman. It begins from his girlhood days, to when she became famous.

Yes, everyone knows about her celebrity status but few consider our Jennifer Lopez’s Bio, which is quite interesting. Now, without further ado, let’s begin.

For Biography starters, she bears the nickname ‘J.Lo‘. Jennifer Lynn Lopez was born on the 24th day of July 1969 in Castle Hill, New York City.

She was born to her mother, Guadalupe Rodríguez, and her father, David Lopez. Both parents were born in Ponce, Puerto Rico, the second-largest Puerto Rican city.

When Lopez was born, the family was living in a small apartment. A few years later, her parents had saved up enough money to be able to purchase a two-story house, which was considered a big deal for the relatively poor family.

At the age of five, Lopez began taking singing and dancing lessons, which saw her excelling among her peers. She toured New York with her school when she was seven years old.

Back then, her parents stressed the importance of work ethic and being able to speak English.

They encouraged their three daughters to put on performances at home—singing and dancing in front of each other and their friends so that they would stay “out of trouble”.

In school, Lopez did gymnastics, ran track on a national level, and was a member of the school’s softball team. She excelled athletically rather than academically, competing in national track championships.

Lopez spent her entire academic career in Catholic schools, finishing at Preston High School which is an all-girls school.

While attending her final year of high school, Lopez learned about a film casting that was seeking several teenage girls for small roles.

She auditioned and was cast in My Little Girl (1986), a low-budget film co-written and directed by Connie Kaiserman. Jennifer Lopez looked very beautiful and adorable in her teenage years.

Lopez acted as Myra, a young woman at a center for troubled girls. After she finished filming her role in the film, Lopez realized that she wanted to become a “famous movie star”. Her overprotective parents rejected her wish.

To please her parents, though, she enrolled at Baruch College, only to drop out after one semester. At this time, she gave up on education which wasn’t her calling.

Jenny went on to tell and seek support from her parents about her dream of becoming a movie star, but they insisted that it was a “really stupid” idea and that “no Latinos did that” This was the beginning of family problems.

Jennifer deserted her parent’s home. She moved to Manhattan to learn how to dance and would occasionally sleep in the studio where she was practising.

It didn’t take long before she made it obvious that she was totally out of her family’s home due to the differences in opinions. She kept fit at that time.
Jennifer has always been a very fit lady. Her nickname at the gyms was “La Guitarra” because her body curved like a guitar.
Jenny hustled her way through regional productions performance. Luck came her way as she toured Europe for five months. She later got a job in Japan, where she acted as a dancer, singer, and choreographer for the show Synchronicity.
Her big break was on the TV comedy series “In Living Color” where she was one of the “Fly Girls.” The rest, as they say, is now history.

As stated earlier, Jennifer Lopez’s parents are of Puerto Rican origin. She comes from a family that doesn’t believe in drinking alcohol.

They were both brought to the continental United States during their childhoods and, eventually, met while living in New York City.

Her father David worked the night shift at the Guardian Insurance Company before becoming a computer technician at the firm. J.Lo does speak well about her dad at all times, as she said in her own voice,… “He was just proud of me.”

She also said that when it comes to the people in her life who really understand her, her dad tops the list. “He really thinks about what I go through as opposed to just what I have,” she once said.

Guadalupe was once a homemaker and a schoolteacher in Westchester County, New York.

The Lucky One: Guadalupe is indeed a lucky Mama from the Block, or could it be because she is JLo’s mom? Who knows.

Did you know??.. With just $3 bet Guadalupe won a $2.4-million jackpot at the Borgata Casino in Atlantic City, New Jersey in April 2004. This is indeed a personal block to the story of the buck for her.

She is the middle of three musically-inclined sisters. Her elder sister is Leslie Lopez, a homemaker. 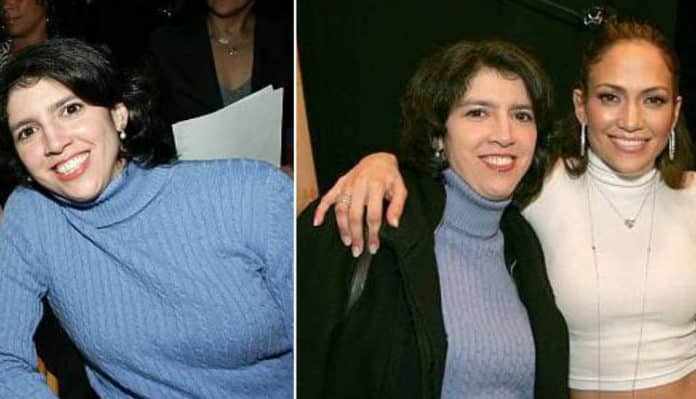 Lynda Lopez is the younger sister to Jennifer Lopez. She is a DJ and journalist on the morning news show correspondent on New York’s Channel 11. 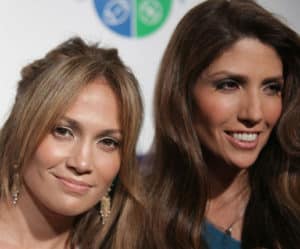 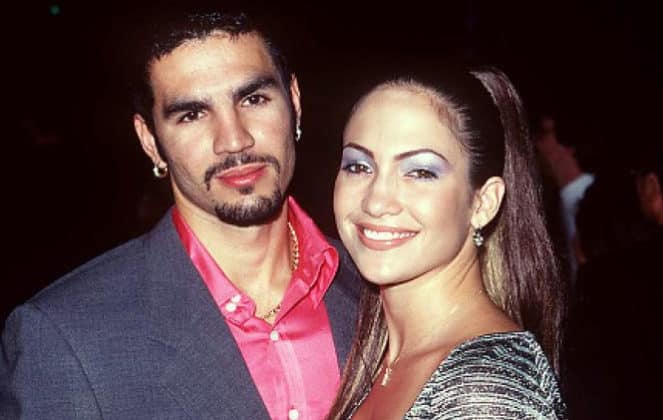 The marriage was brief. After they divorced, Jennifer has endured many legal troubles regarding her relationship with Noa.

In April 2006, she sued to prevent him from publishing a book about their marriage, contending that it violated their confidentiality agreement.

She was awarded $545,000 in compensatory damages and Noa was ordered to hand over all copies of materials related to the book to Lopez or her attorney.

Later on, another lawsuit regarding a compromising private honeymoon video in Noa’s possession came up.

While working on her first album, On the 6, Lopez began dating record producer and rapper Sean Combs, who is also known by the stage name Puff Daddy.

On December 27, 1999, the couple were arrested along with two others in connection with a shooting outside the Times Square Club in New York.

They were charged with criminal possession of a weapon as well as stolen property. Lopez was soon exonerated, having had nothing to do with the crime. However, Combs was charged and indicted by a Manhattan grand jury.

After leaving Combs, Lopez developed a relationship with former backup dancer Cris Judd, to whom she was married from September 29, 2001, to June 2002. Jennifer met him while filming the video for “Love Don’t Cost A Thing”

She was linked to him even while still dating P. Diddy Combs. Jennifer and Cris Judd divorced after 9 months of marriage.

Following her second divorce due to irreconcilable differences, she commenced a high-profile relationship with actor and director Ben Affleck, to whom she became engaged in November 2002. 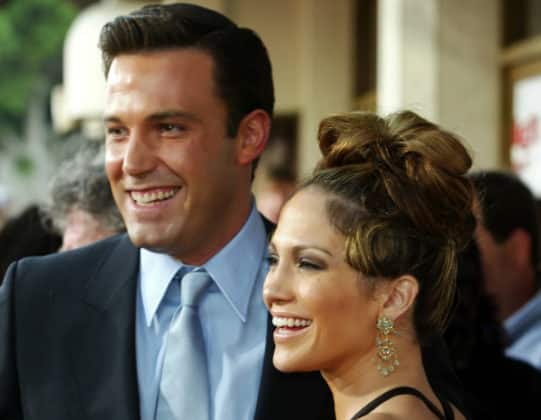 The media began to refer to them as “Bennifer” as both lovers were deemed as super couples.

Indeed, Bennifer became a popular term that found its way into the urban dictionaries as notable. Both lovers broke up in 2004. 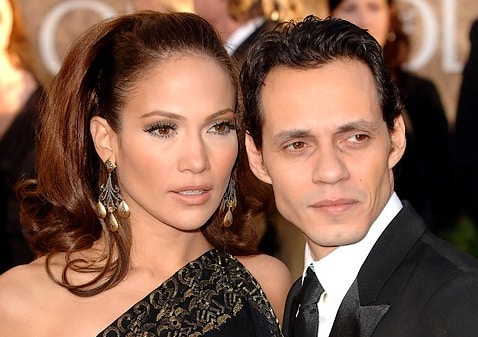 The couple wedded in June that same year and lived in Brookville, New York. It was Marc that gave her the nickname “Lola.”

On November 7, 2007, during the final night of their co-headlining tour, Lopez and Anthony officially confirmed that they were expecting their first child.

The announcement ended several months of speculation over the pregnancy. Lopez gave birth to twins; a son, Maximilian David, and a daughter, Emme Maribel, in Long Island, New York, on February 22, 2008.

The twins were introduced in the March 11, 2008, issue of People, for which the magazine paid a reported $6 million; the photographs of the twins became the most expensive celebrity picture ever taken at the time.

Three years later, in July 2011, the couple announced their split, with Anthony filing for divorce in April 2012. Their divorce was finalized on June 16, 2014, with Lopez retaining primary physical custody of the two children.

On December 31, 2014, she legally changed her name back to Jennifer Lopez, dropping Anthony’s last name ‘Muñiz’.

Lopez had an on-off relationship with her former backup dancer Casper Smart from October 2011 to August 2016. 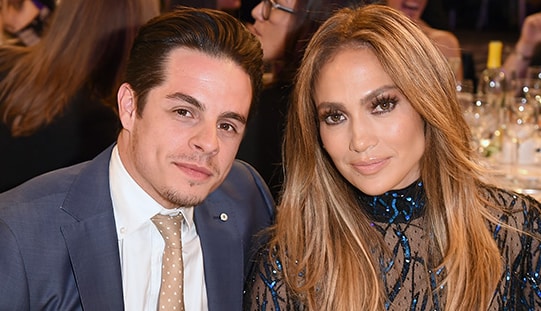 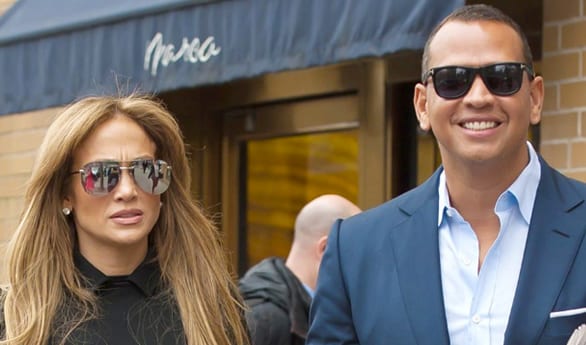 She returned to prominence the following year with her single “On the Floor” which was ranked as the best-selling single of all time, and its music video was recognized as the “Highest Viewed Female Music Video of All Time” by Guinness World Records in 2012.

It was also regarded as one of the greatest musical comebacks in history.

Beyond entertainment, she enjoys a successful business career consisting of various clothing lines, accessories, fragrances, a production company, and a charitable foundation, among other ventures.

She also endorsed Democratic presidential nominee Hillary Clinton in 2016, headlining a free concert in Florida in support of her. 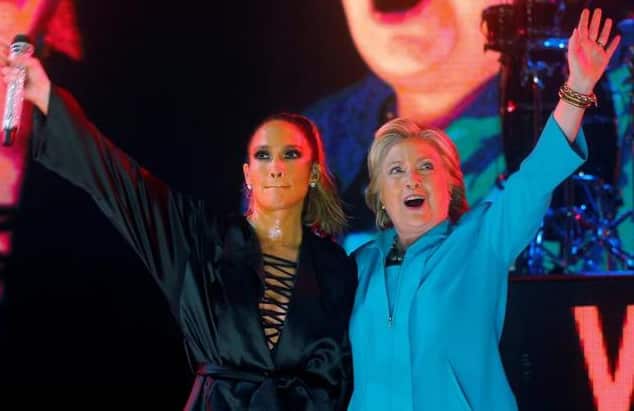 Thanks for reading our Jennifer Lopez Childhood Story plus untold biography facts. At ChildhoodBiography, we strive for accuracy and fairness.

This article was very helpful to me
Thanks to the author