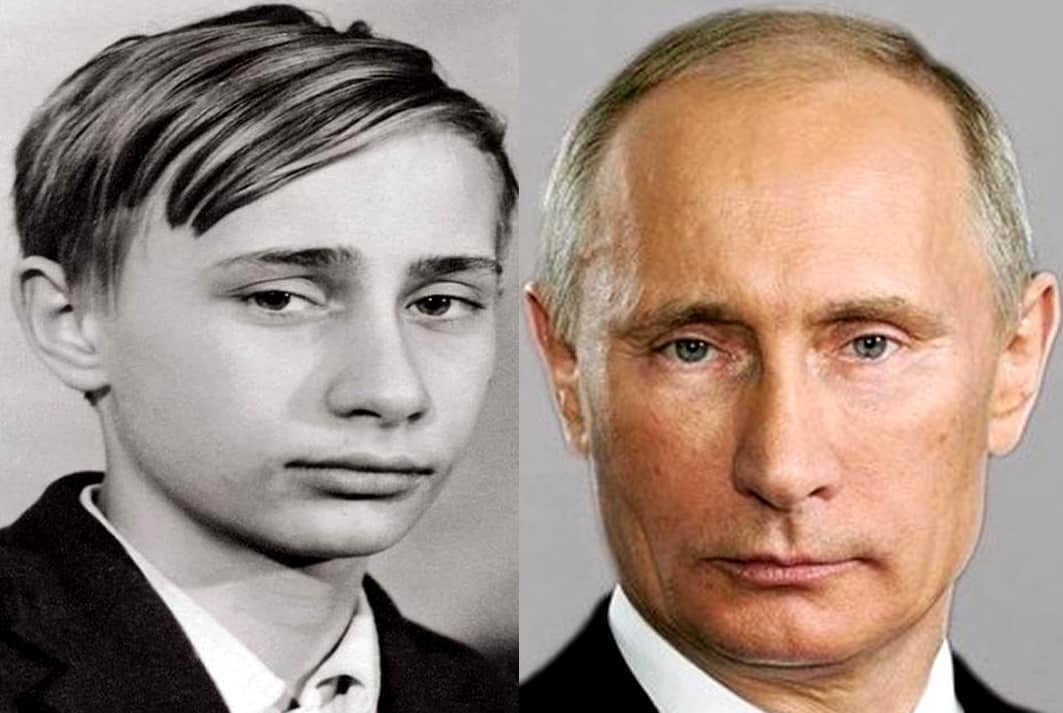 CB presents the Full Story of a Russian Politician Best Known by the nickname “Tsar“. Our Vladimir Putin Childhood Story plus Untold Biography Facts brings you a full account of notable events from his childhood time to date. The analysis involves his early life, life story before fame, family background and personal life. More so, other OFF and ON-Screen little-known facts about him.

Yes, everyone knows he is one of the most powerful and feared politicians in the world. However, only a few consider Vladimir Putin’s biography which is quite interesting. Now, without further ado, let’s begin.

Vladimir Vladimirovich Putin was born on the 7th day of October 1952 in Leningrad (now known as Saint Petersburg) Russia.

He was the third and last child born to his mother Maria Shelomova (worker at a factory) and to his father Vladimir Spiridonovich Putin (conscript in the Soviet NAVY). 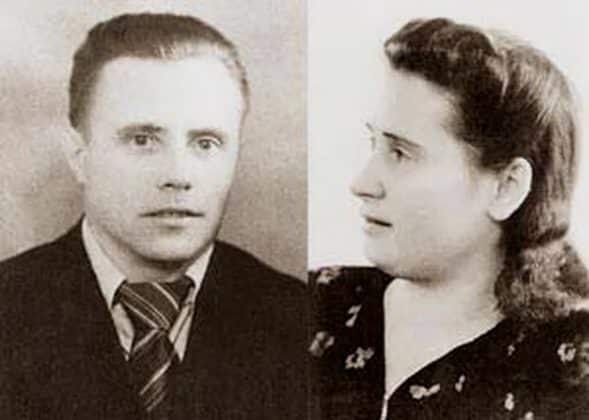 Before Putin’s birth, his parents lost two male children; Albert who died during Infancy as well as one-year-old Viktor who died after suffering from diphtheria during World War 2. Therefore, Putin (pictured with his mother below) was raised in Leningrad as the only child of protective parents who did the best they could to keep him alive and well. 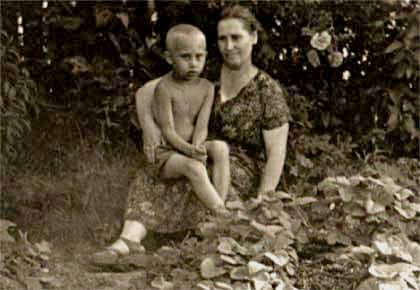 Little wonder Putin’s mother disliked his preference for Judo as childhood sports, a development that was a classic response from an overprotective parent.

“Every time I went to a practice session, she would grumble, ‘He’s off to his fights again.’”

However, his parents’ attitude to the sport changed as he not only outlived their fears of survival but grew in strength and wisdom. 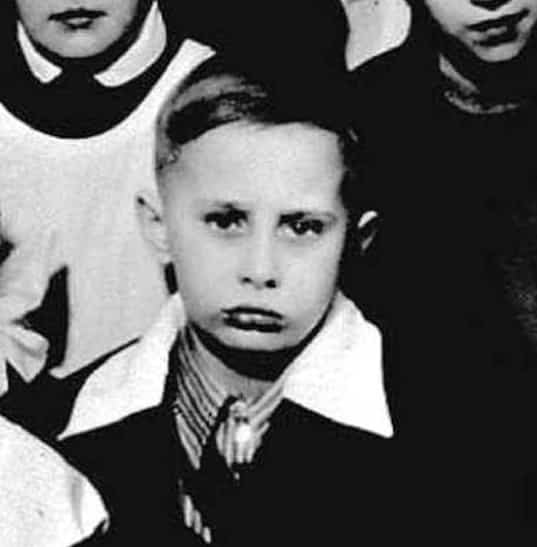 Putin had his elementary education at School No. 193 in Leningrad. While at the school Putin was known to be a troublemaker who saw no reason of taking studies seriously until he reached 6th grade.

“In the fifth grade, he still hadn’t found himself yet, but I could feel the potential, the energy and the character in him. He had a very good memory and an agile mind”. 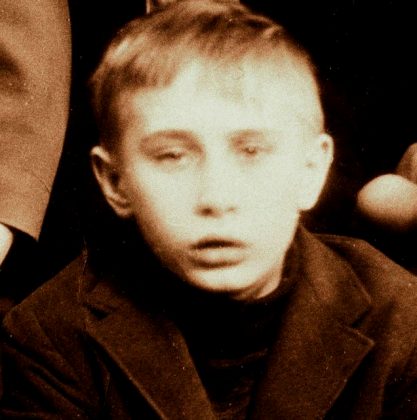 Putin radically changed his attitude toward studies when he was in the sixth grade. As a result, he recorded smooth transition to a respected high school, School No. 281, which only accepted students with near-perfect grades. 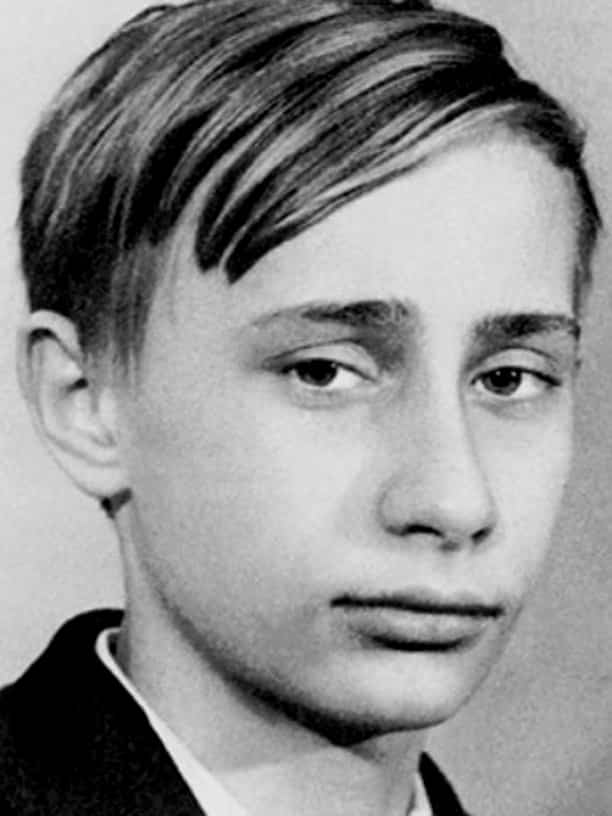 While at the high school, Putin practised judo, Sambo and was known to be an active class head of Young Pioneers Organization in the school until his graduation in 1970. 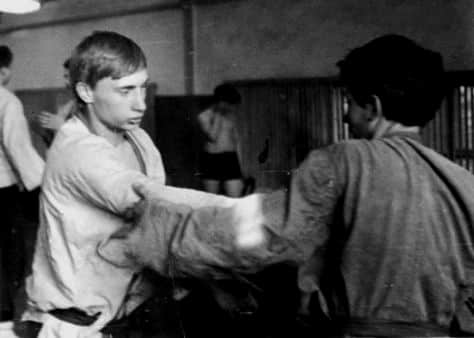 Upon graduation from high school, Putin was briefly held up at the crossroads of career choice. The ambitious young man who wanted to be a sailor, pilot and intelligence officer finally settled for the last choice. 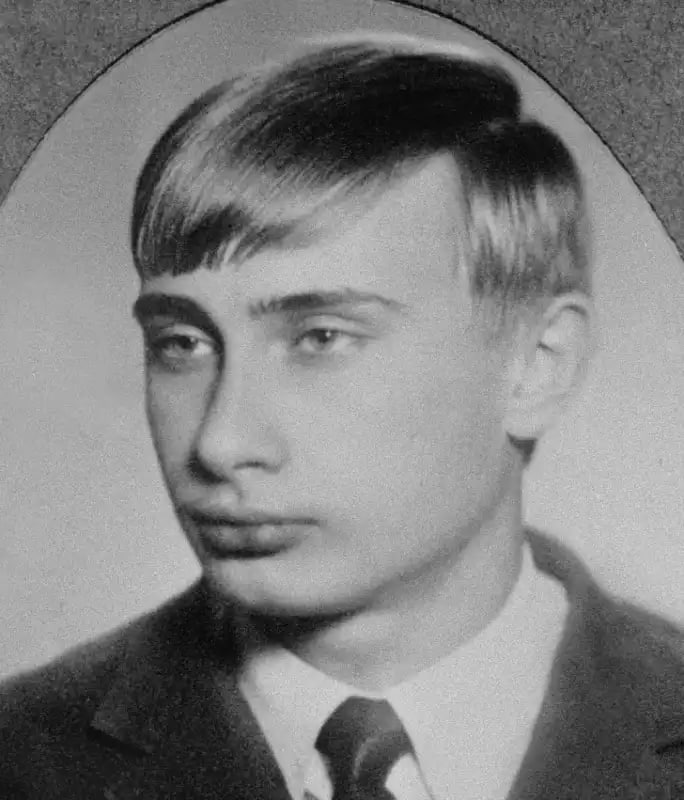 Background checks carried out by the aspiring intelligence officer revealed that he would have to complete college, preferably with a degree in law before becoming the officer he wants to be. Thus began Putin’s preparation for admission into the law department of Leningrad state university where he studied and graduated in 1975.

After graduating from Leningrad State University, Putin entered the government-run intelligence agency ‘KGB’ (Komitet Gosudarstvennoy Bezopasnosti) where he worked and served in various capacity. His ability to get things done earned him a promotion to the position of lieutenant colonel and thereafter, senior assistant to the head of the department in the intelligence office. 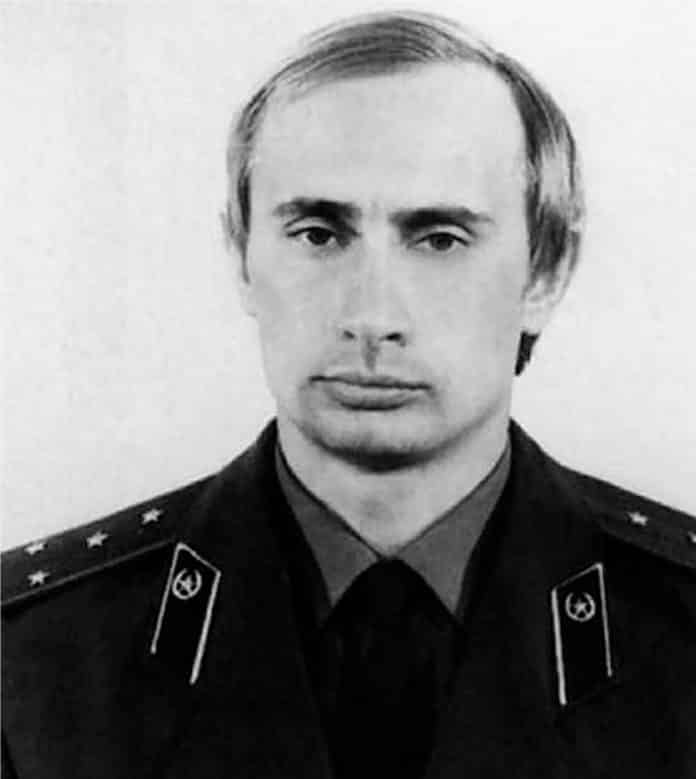 Subsequent undercover engagements saw Putin travel back to his birthplace Leningrad where he gained appointed to ‘Leningrad State University’ as rector who handled international relations. He concurrently held the function with the position of Deputy Chairman of the St Petersburg City Government.

Putin eventually resigned from the KGB and got involved in political affairs of the country. The ex-undercover agent with good track record moved to Moscow in 1996 and secured his first political appointment as Deputy Chief of the Presidential Property Management Directorate.

His political career rose rapidly within two years as he was appointed to key roles which include; Deputy Chief of Staff of the Presidential Executive Office, Chief of Main Control Directorate, Director of the Federal Security Service and Secretary of the Security Council of the Russian Federation. 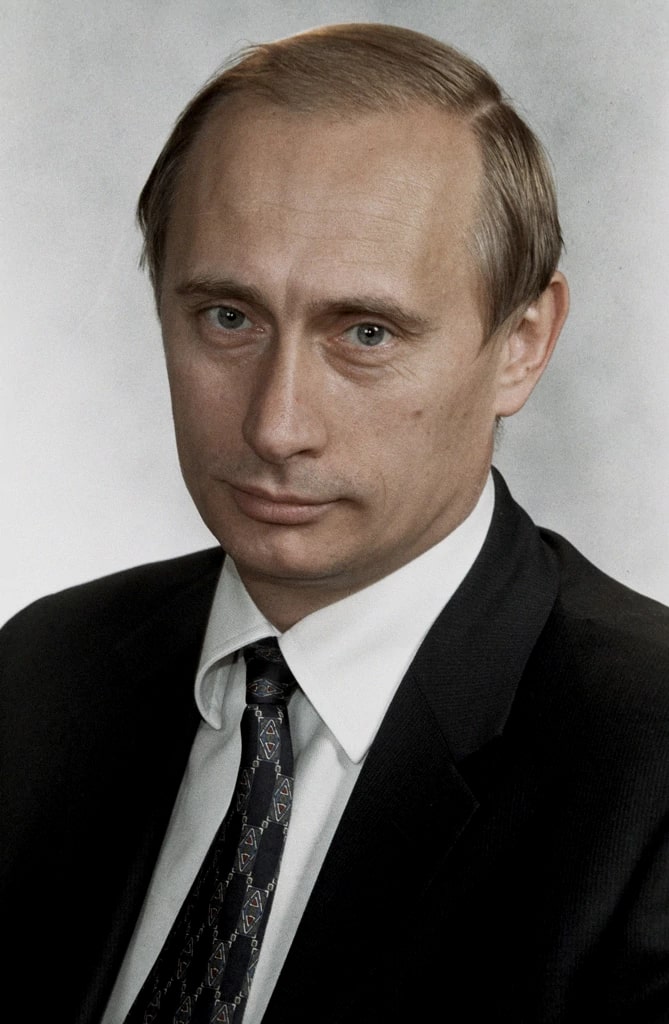 All through the political appointment little was known about Putin other than his conscientious work and loyalty to his predecessors. These qualities among others made the then President of Russia Boris Yeltsin, appoint him as Prime Minister of Russia in 1999. It wasn’t long before an ailing Boris Yeltsin stepped down as president, paving way for Putin to become acting president in December 1999.

“Two or three weeks before New Year, Mr Yeltsin called me to his office and said that he had decided to step down. This meant I would have to become Acting President. I had my own thoughts, my own reasoning, but at the same time, there was another logic I had to consider too. Fate was offering me the chance to work for the country at the very highest level and it would have been foolish to say, no.” 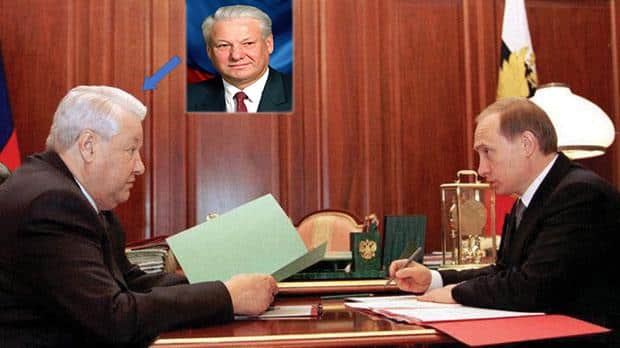 Months later, he was elected President of Russia on the 26th of March 2000. The rest, as they say, is history. 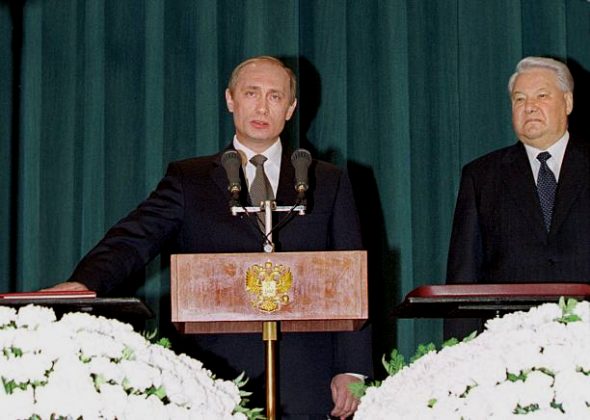 Vladimir Putin has been married just once. We bring you details of his marital relationship and rumoured post-marital affair.

Putin met his wife Lyudmila Schkrebneva after she was introduced to him by his best friend Sergei Pavlovich Roldugin in the early 1980’s. 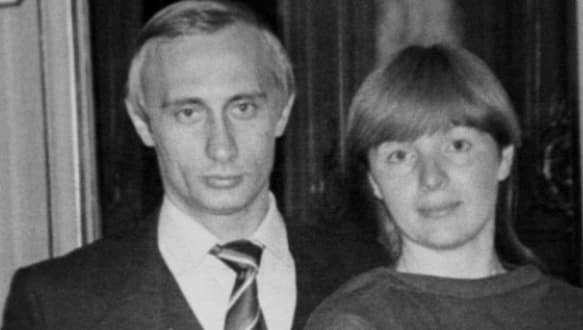 The duo dated for months before getting married on the 28th of July 1983. 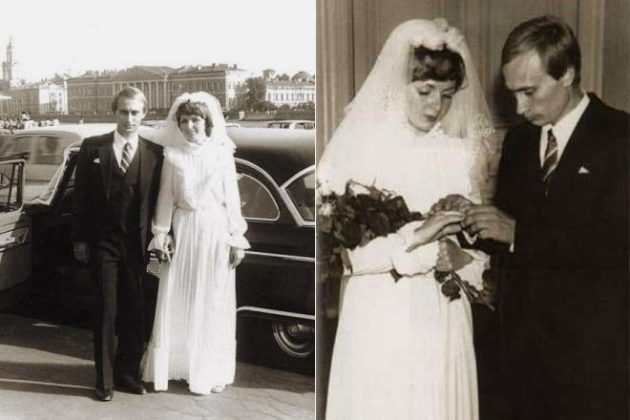 Their relationship was blessed with two Daughters Maria (born 1985) and Katerina (born 1986). The daughters were for privacy concerns, named after their paternal and maternal grandmothers and do not bear Putin’s famous surname. 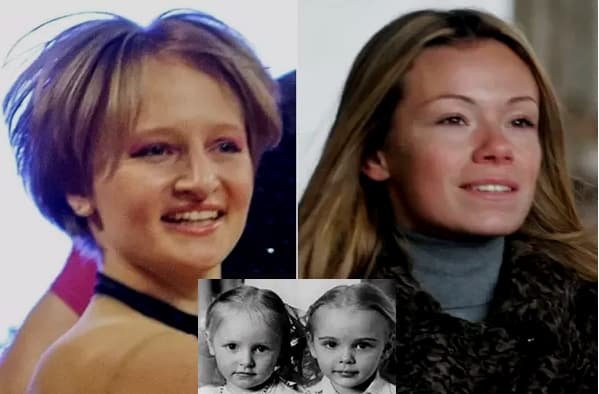 Putin and his Wife stayed married for 30 years before announcing their plans of “amicably” getting divorced in 2013. Three years later In 2016, it was reported that Putin’s ex-wife had married a man called Artur Ocheretny and officially changed her name. 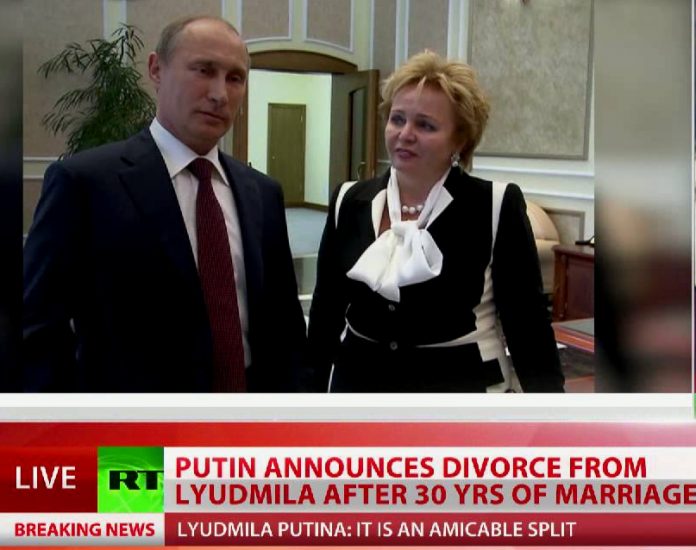 Putin has been rumoured to be in a relationship with one of the countries most decorated sports women Alina Kabaeva. 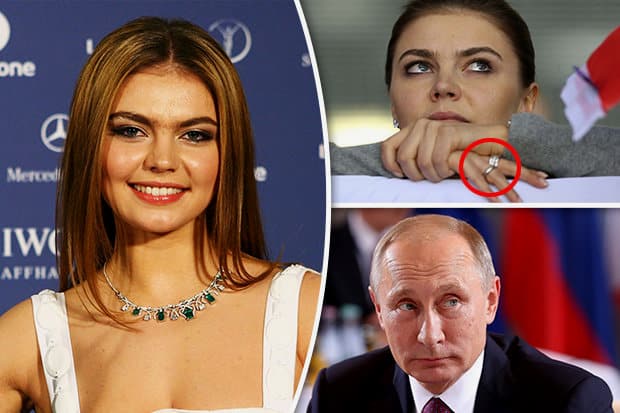 Alina who was a gymnast unsurprisingly lives a private life and is known to have given birth to a daughter whose paternity remains undisclosed.

Putin was raised in a family of 3. We bring you details about members of his family.

About Putin’s father: Putin’s father, Vladimir Spiridonovich Putin was also born at St. Petersburg in 1911. The undecorated War hero who was conscripted in the Soviet navy during the early 1930’s, fought in World War 2 and served in the destruction battalion of the NKVD. Post military endeavours saw him return to normal civilian life, working as a security guard and later as a foreman at the carriage works. Unfortunately, he did not live long enough to see his son attain the peak of political heights as he died in the year 1999.

About Putin’s mother: Putin’s mother Maria Shelomova worked as a factory worker after surviving World War 2 as well as gave birth to Putin years after the Berlin Blockade. Until her death, in the year 1998, she was known to live a kind woman, a good wife and loving mother. 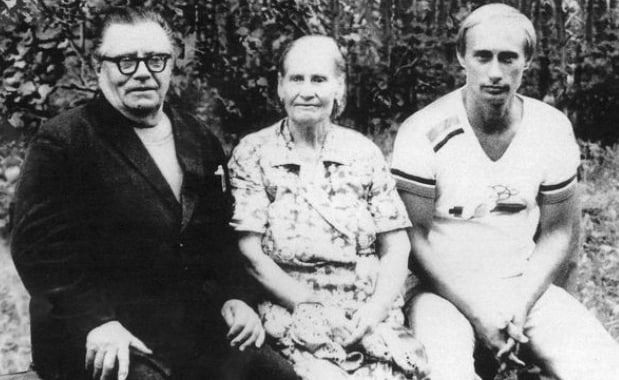 Away from Putin’s immediate parents, his paternal grandfather Spiridon Ivanovich Putin was a cook. He cooked for Former Soviet leaders Stalin and Lenin. 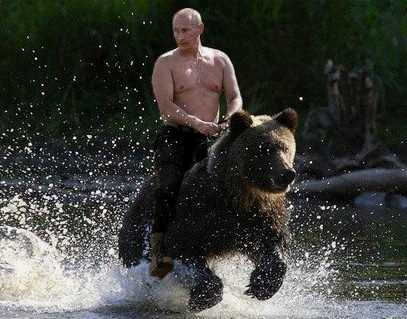 Although a doctored photo of Putin seemingly captured him riding a bear, there are a number of real-life photos that Proves Putin’s status as one of the world’s most feared and respected politicians. They include: 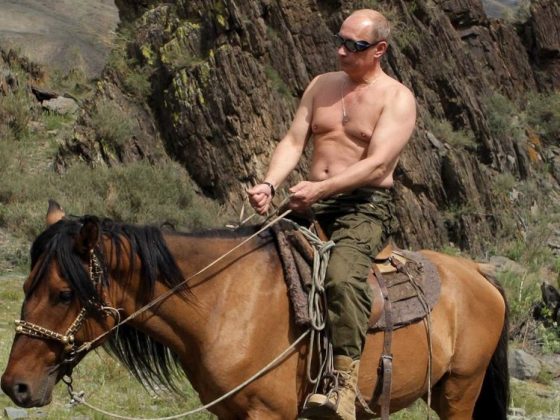 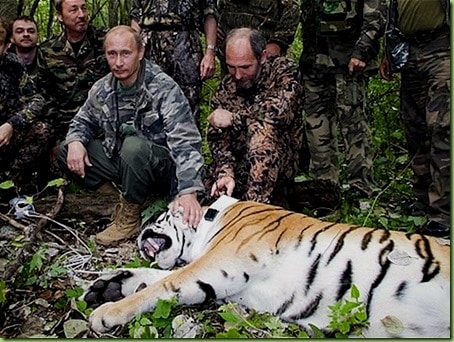 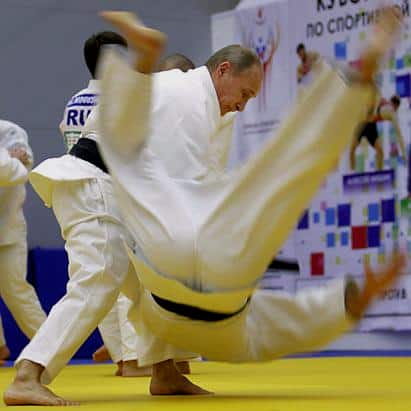 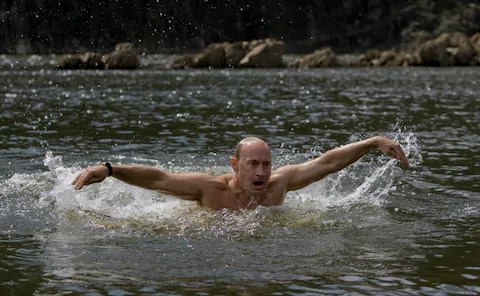 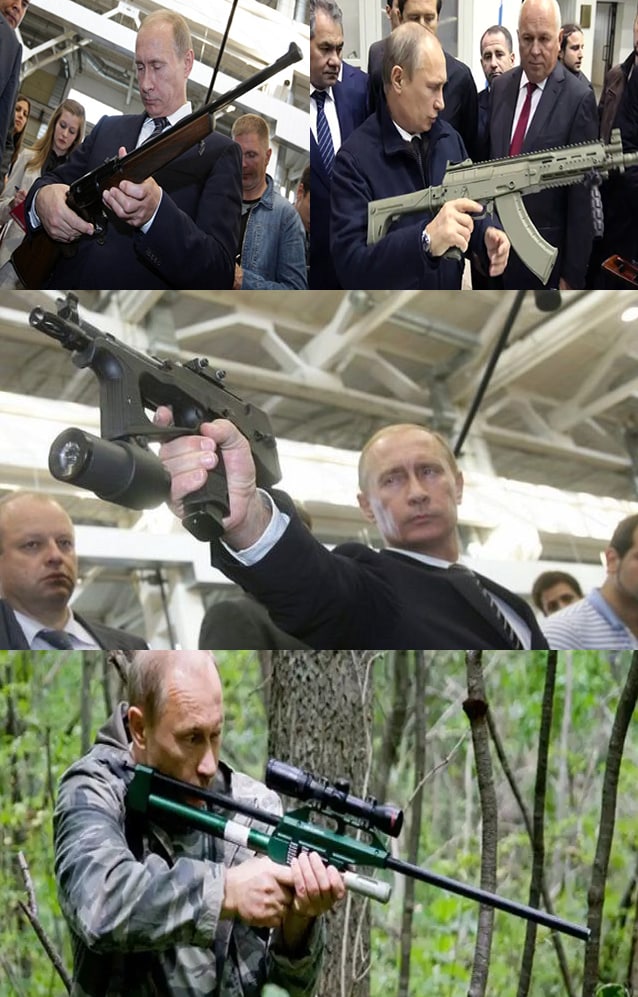 How tough can a politician be?. 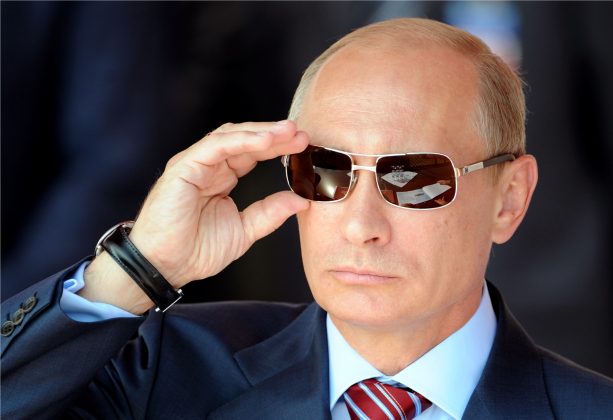 There are a number of nicknames which have been used to refer to Putin in the course of his political career. While some of the names have political undertones, others are a mere play of his real names. The Nicknames include; “The Grey Cardinal”, “TSAR”, “Vova”, “VVP”, “Volodya”. Others are “Pootie-poot”, “Madimir Putin”, “Pale moth”, “Platov” and “Agario Skins”. 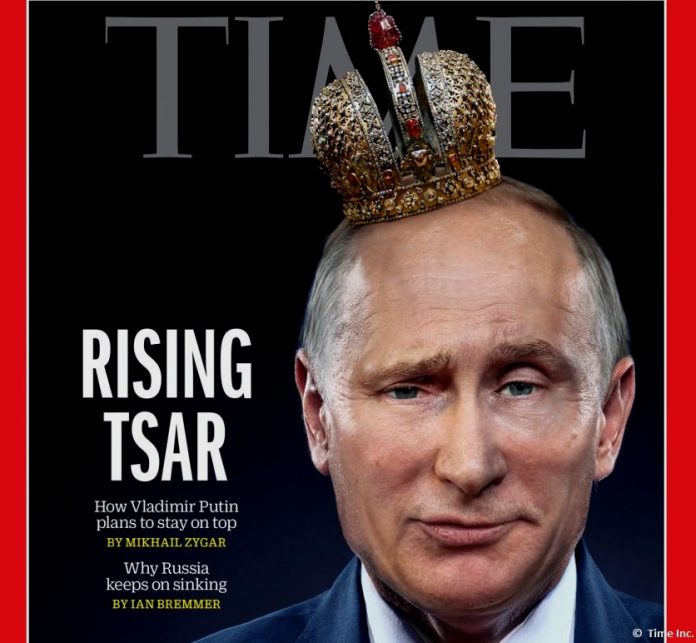 Putin is a conserved politician whose loner tendencies were evident in his choice of non-team sports Judo. In the same light, he rose to the very top of his career by exceedingly faring well in positions that require little collaboration. 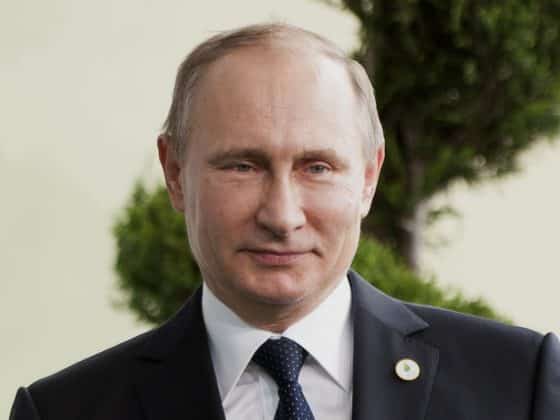 While Putin still remains a hard lipped recluse who continues to prove his efficiency, he has a more human side that connects him families and friends including football elite Abramovich. More so, he enjoys the company of pet dogs, an activity that speaks volumes of his appreciation for loyalty. 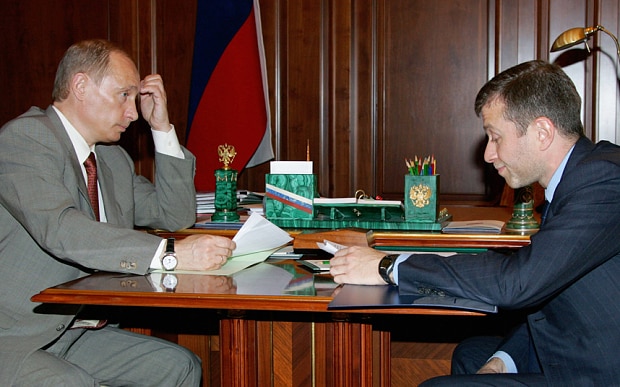 His daily routine includes sleeping and waking up late, having breakfast at noon, two hours of swimming and a few hours of working out before attending to official duties in the early hours of an afternoon. On matters of faith, Putin is an Orthodoxhodox Christian who sometimes pray and make confessions on Sundays.

FACT CHECK: Thanks for reading our Vladimir Putin Childhood Story plus untold biography facts. At ChildhoodBiography, we strive for accuracy and fairness. If you see something that doesn’t look right in this article, please place your comment or contact us!