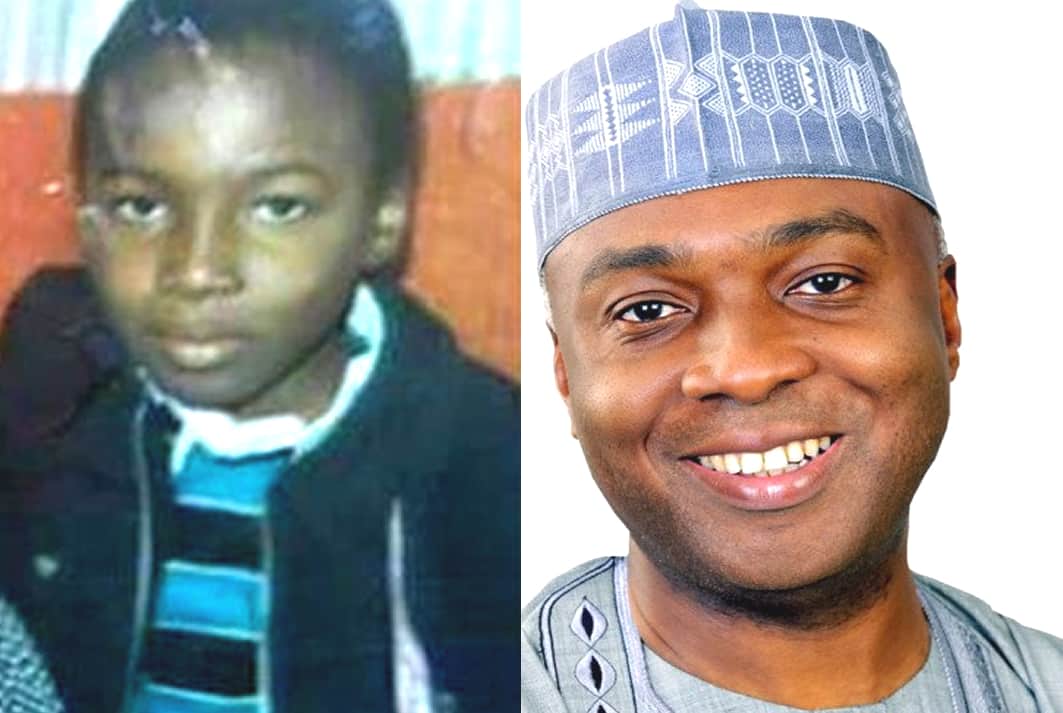 The analysis of Bukola Saraki Biography involves telling you his life before fame, family background. More so, many OFF and ON-Screen little-known facts about him.

Yes, everyone knows about his political ascendancy. However, only a few consider Bukola Saraki’s Biography, which is quite interesting. Now, without further ado, let’s begin.

For Biography starters, he bears the nickname “Strongman of Kwara politics”. Abubakar Bukola Saraki was born on the 19th day of December 1962 at the metropolitan borough of Hampstead, United Kingdom.

He was born to his mother Florence Morenike Saraki and to his father, Late Olusola Saraki (a seasoned politician). 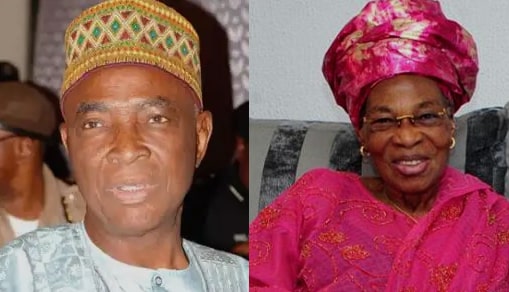 Saraki Grew up in Northwestern Nigeria with his three younger siblings who were all born in London.

He was the firstborn of ‘the house’ and by virtue of his position in the family, shared a strong bond with his father, who often took him along to town hall meetings. 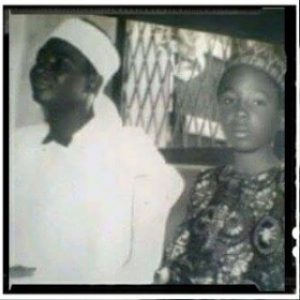 Stronger was the bond between Saraki and his younger sister, Gbemisola, who is popularly known by the name – Gbemi.

The duo were three years apart in age but grew happily together with shared childhood interests which include the choice of spending vacations in London. 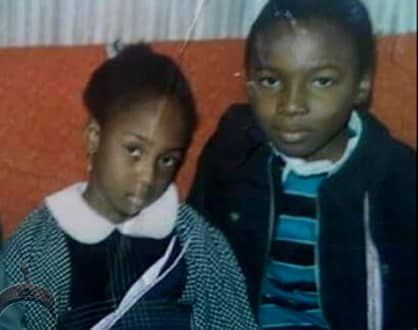 Saraki’s parents foresaw an auspicious future for the duo in politics and did their best to groom both with the provision of a good education.

Notable among Saraki’s educational progress was his high school education at Kings College Lagos between 1973 to 1978 when he sat for the West African Examination Council Examination, WAEC.

Saraki proceeded to London Hospital Medical College of the University of London where he studied to become a medical doctor.

He obtained his M.B.B.S from the aforementioned University and worked as a medical officer at Rush Green Hospital, Essex U.K. 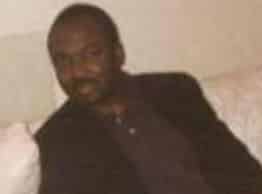 The period of Saraki’s decade-long work relationship with the bank in Nigeria also saw him build key political relationships.

First among the Rewards of Saraki’s political relationships was his appointment as the Special Assistant on Budget to former President Olusegun Obasanjo.

His functions in that capacity include the preparation of the 2000 and 2001 budget as well as the formulation of key economic policies.

The successes recorded by Saraki in his implemented policies emboldened him to contest in the gubernatorial elections of his home state, Kwara. 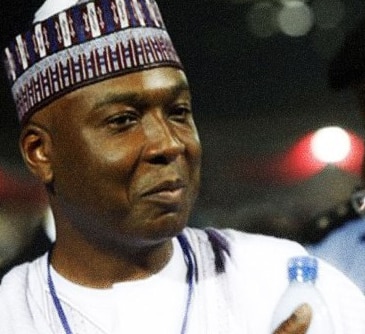 Saraki won the election which enabled him to serve for four years before his re-election added another four years to his tenure.

His service in Governing Kwara State saw him conferred with a number of recognition and roles, which fetched him fame.

These achievements aided him in securing a senatorial seat as the Senator representing Kwara Central in 2011. The rest, as they say, is history. 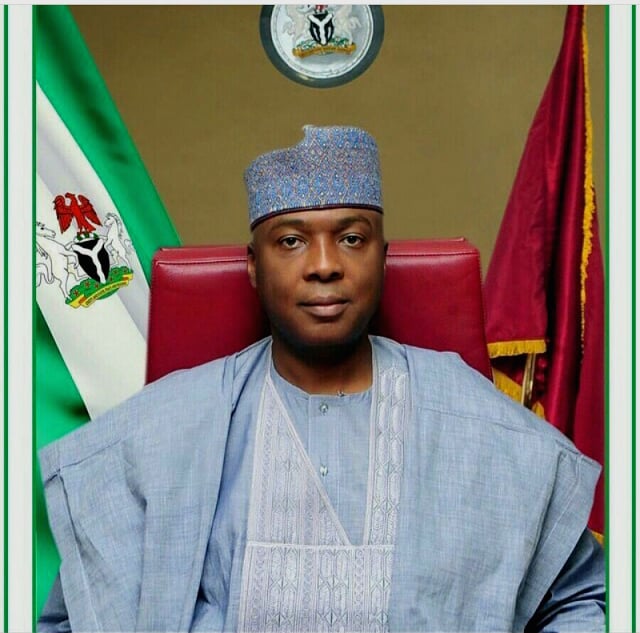 Bukola Saraki has been in a decades-long relationship with his wife, Toyin Saraki. Toyin Saraki, like her husband, also came from an affluent and political background, a trend that is common with Nigerian elites. 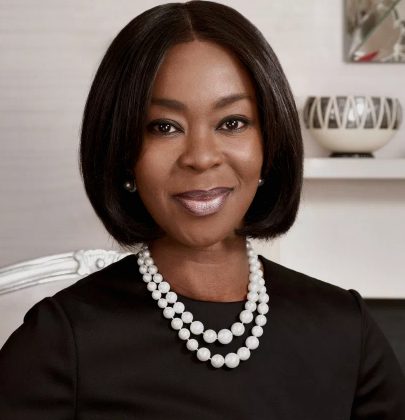 They tied the knot in 1991 and have been able to maintain a scandal-free relationship. 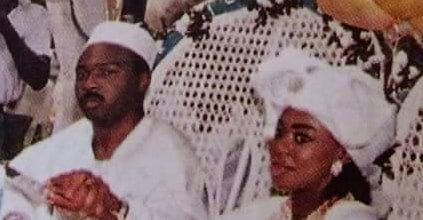 Fast forward to date Toyin is a healthcare philanthropist as well as the founder and president of Wellbeing Foundation Africa.

Four children were borne of their union. They include; Oluwaseni Saraki, Halimat Oluwatosin Saraki, as well as the twins; Teniola Saraki and Teniayo Saraki. 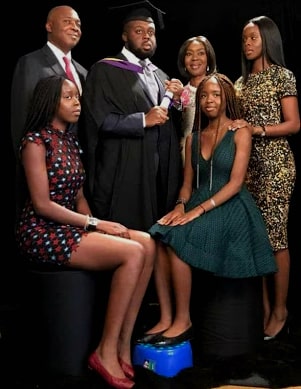 Saraki was born into an affluent family with rich political influence. We bring you details about members of his family.

Saraki’s father, Olusola Saraki, was an influential politician and senator of Nigeria’s second republic. Olusola is also a trained medical doctor who studied at the University of London and St George’s Hospital Medical School. 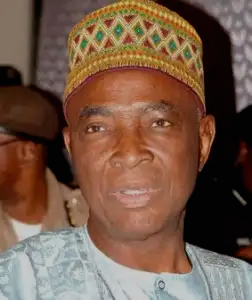 Olusola did well to groom his son politically before he died in November 2012 after a long battle with cancer.

Bukola Saraki’s Mother is Florence Saraki. she is a mother to Saraki’s siblings, Gbemisola and Laolu Saraki. 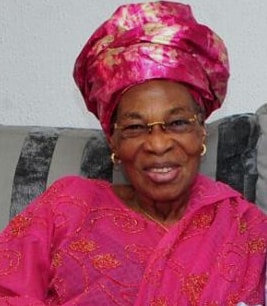 Bukola Saraki’s sister, Gbemisola Ruqayyah is a one-time member of Nigeria’s National House of Assembly as well as the Senate. 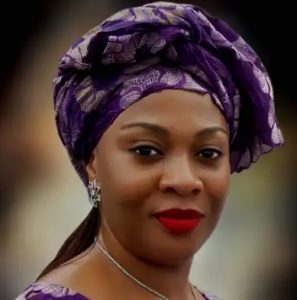 The iron lady who is into insurance holds the record of being the female legislator with the highest number of sponsored bills. She is also considered to be Kwara state’s biggest grassroots mobilizer.

Saraki’s Brothers are Tope and Laolu Saraki. The duo have been able to live private lives owing to the fact that they have no political dealings.

Olusola groomed Saraki politically and was instrumental to most of his son political successes. However, the father-son relationship degenerated into a rivalry in 2011 when Saraki went against Olusola’s choice for his (Saraki) gubernatorial Successor.

However, Saraki worked against his father’s wishes by ensuring that his Godson and finance minister, Abdulfatah Ahmed became governor. 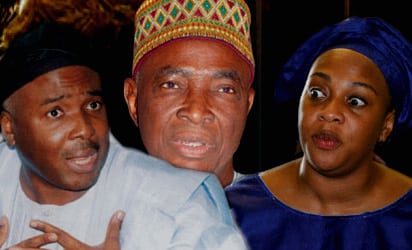 Although Olusola was pained by the development, he found reasons to forgive his son by noting that:

Bukola came to see me in Los Angeles to apologise. Later, he made all manner of influential and highly respected people to beg me. What happened to me during the last election was a misfortune. I never expected it but I know that was how the Almighty Allah wanted it, and I have taken it as a human being.

Saraki was born in London and consequently possesses dual citizenship of Nigeria and The United Kingdom. Issues about his dual citizenship were debated by many after his ascendancy as Nigeria’s Senate President in 2015.

Many argued that Saraki is not a citizen of Nigeria by virtue of possessing dual citizenship. Hence, not eligible to contest and hold elective positions. 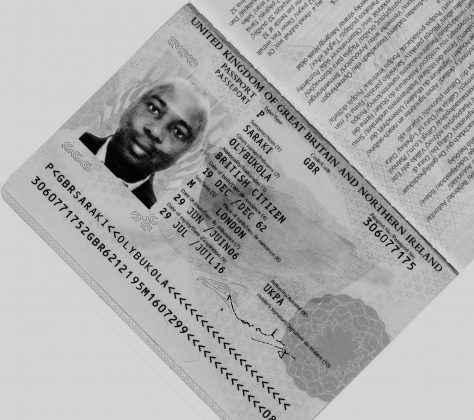 However, Section 28 of the Nigerian constitution provides that

“Subject to the other provisions of this section, a person shall forfeit   forthwith his Nigerian citizenship if, not being a citizen of Nigeria by      birth, he acquires, or retains the citizenship or nationality of a country, other than Nigeria, of which he is not a citizen by birth. ”

In other words, one forfeits one Nigerian citizenship if one is not Nigerian by birth and voluntarily acquires citizenship of another country.

This further raised questions as to who is a citizen by birth, a question answered by section 25 (1C) of the Nigerian constitution.

It states that anyone born outside Nigeria can be a Nigerian Citizen by birth if their parents are already citizens of Nigeria.

It would be recalled that Saraki parents were citizens of Nigeria who gave birth to Saraki in London. As a result, the issues surrounding his dual citizenship did not hold water.

Bukola Saraki was charged with counts of corruption by the Federal Government of Nigeria Shortly after he became the country’s Senate President.

Notable among the charges which were filed before the Code of Conduct Tribunal were false declaration of assets and failure to declare some assets.

In addition, Saraki was charged with operating foreign accounts while serving as a public officer among other charges. 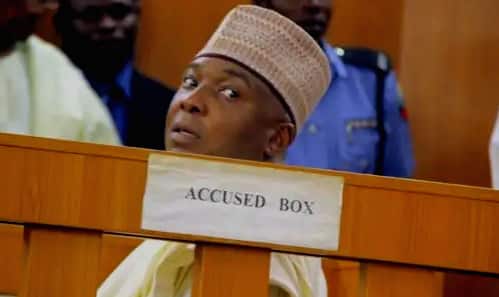 He was however discharged and acquitted by the CCT in June 2017 on the premise that the Federal Government lacked evidence to hold charges.

Similarly, he was discharged and acquitted by the Supreme Court after the case was dragged through the court of appeal. 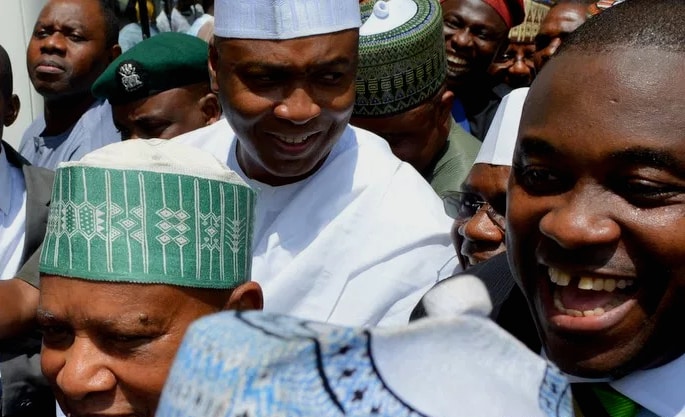 Saraki is one who strikes many as scheming. This is evident in the manner in which he doubled crossed his party to become the president of Nigeria’s senate. 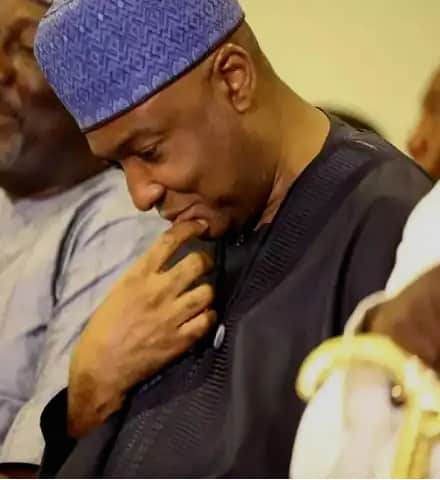 In addition, he orchestrated the mass defections of senators to the opposition party which he later joined in July 2018. 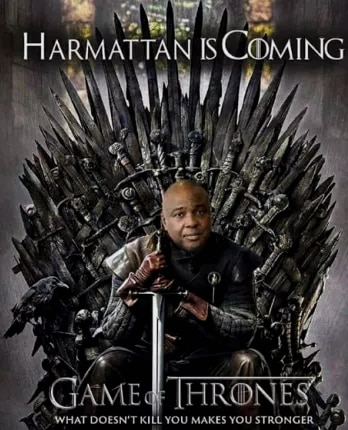 However, he is an astute politician who keeps his private life away from the public in spite of political controversies.

Aside from politics Saraki is an active follower of football. His favourite club is Arsenal FC and he owns a club known as ABS FC.

I'm an arsenal fan and also own a football club in Nigeria @absfcilorin We should not always criticize https://t.co/NPJZahsKkH

At ChildhoodBiography, we strive for accuracy and fairness in our quest to deliver you the Biography of Famous Politicians.

Kindly stay tuned for more related articles in our Politicians Category. You may find some interest in the childhood story of Peter Obi, Atiku Abubakar, Ahmed Lawan and Osagie Ize-Iyamu.