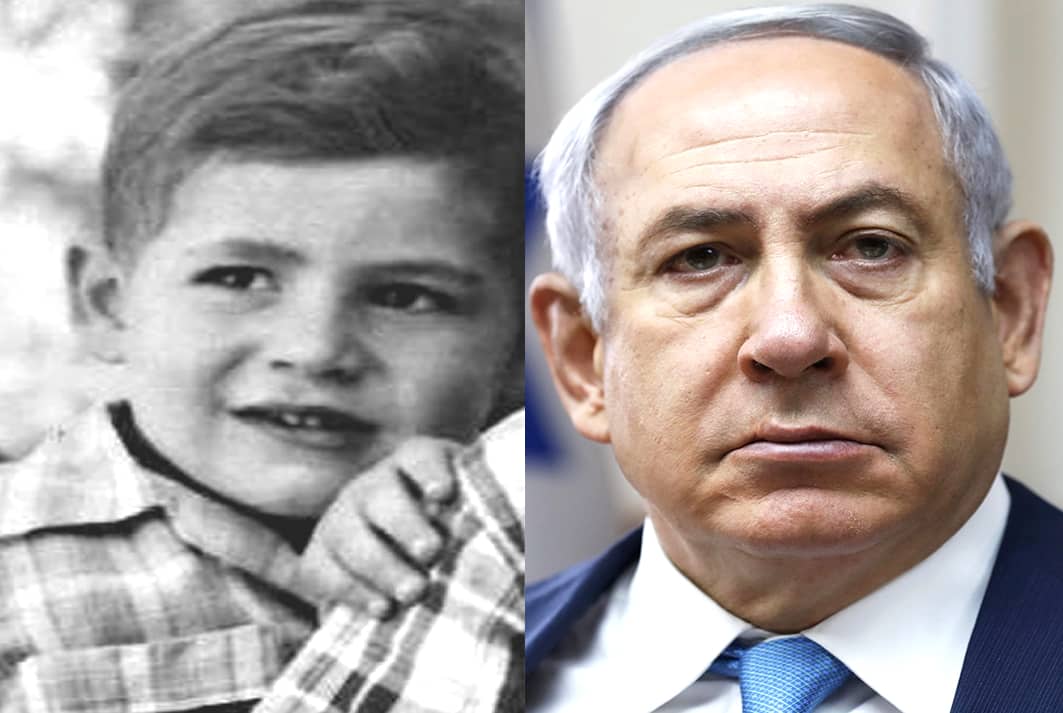 Childhood Biography presents the Full Story of an Israeli politician with the nickname “Bibi“.

Our version of Benjamin Netanyahu’s Biography and Childhood Story brings you a full account of notable events from his childhood time to date.

More so, Benjamin Netanyahu’s Wife, Personal life, family facts, lifestyle and other little-known facts about him.

Yes, everyone knows he is the first Israeli-born politician to become Prime Minister of Isreal.

However, only a few consider Benjamin Netanyahu’s Biography, which is quite interesting. Now, without further ado, let’s begin.

For Biography starters, Benjamin “Bibi” Netanyahu was born on the 21st day of October 1949 at Tel Aviv-Yafo, Israel. He was the second of three children born to his mother, Zila Netanyahu and to his father, Benzion Netanyahu.

The Israeli national of Ashkenazi Jewish ethnicity with Asian roots was partly raised in Jerusalem where he grew up alongside his older brother, Yonatan Netanyahu and younger brother, Iddo Netanyahu.

Growing up in Jerusalem, young Benjamin had a happy childhood. He would often amble around the open fields of their street – Ein Gedi in Talpiot – alongside his older brother Yonatan.

The siblings would, at the height of their playful activities, daringly wander close to the dangerous border of Talpiot which was within range of sniper fires.

By the time Benjamin was aged 8, his entire family moved to Philadelphia in the U.S.A. after his father was offered an academic post in the states.

Life in the US was initially challenging for Benjamin, who had a poor command of English. Nonetheless, he was quick to adapt to American culture following his enrollment in school.

While at the school, Benjamin was a bright and disciplined student who was described by contemporaries as polite and helpful.

Shortly after his family moved to the states, Benjamin was enrolled at Cheltenham High School where he was an active member of the school’s football team until his graduation in 1967.

He thereafter returned to Isreal to undergo a 5-year military service with Israeli Army.

Notable among his Military service history was his participation in the rescue of a hijacked Jet plane at the Tel Aviv airport in 1972.

Prior to the rescue mission, he served in the Israeli Defense Forces’ elite unit, “Sayeret Matkal” and took part in other operations.

Post Military service years saw Benjamin return to the united states where he enrolled at the Massachusetts Institute of Technology to obtain a degree in architecture.

Benjamin was still studying at the school when he took a two-month break in order to fight in the Yom Kippur War for a 40-day period.

At the peak of his education, Benjamin received an S.M. degree from the MIT Sloan School of Management in 1977 and made the decision to build a career in politics by studying political science at Harvard University.

After Benjamin completed his education, he briefly worked as a management consultant for the Boston Consulting Group in Massachusetts between 1976-1978 before returning to Israel for the purpose of kickstarting a career in politics.

It wasn’t long before he connected with several politicians and was in 1982 selected as Deputy Chief of Mission at the Israeli Embassy in Washington, D.C by a prominent politician, Moshe Arens.

Ascending up the political ladder, Benjamin joined the Likud Party. He was elected as a member of the Knesset by the Likud Party in 1988 and went on to serve as deputy minister for foreign affairs.

A few years later, an election was conducted by the Likud party to determine a new leader following its defeat in the 1992 legislative elections. Benjamin contested and defeated two other contenders to become the leader of the party.

1996 was the year which Benjamin was chosen as Likud’s candidate for the position of Prime Minister. Bearing the party’s flag, Benjamin defeated incumbent Labor candidate Shimon Peres to become Israeli prime minister.

He assumed office on the 18th of June 1996 and thereafter embarked on executing key functions like signing the Hebron and Wye Accords, liberalizing currency regulations among other functions.

As I write Benjamin Netanyahu’s Bio, he alongside Volodymyr Zelenskyy (Ukraine), Xi Jinping (China), Vladimir Putin (Russia) are the most talked-about Presidents of the Eastern part of the world. The rest, as they say, is history.

Starting off, Benjamin Netanyahu has been married thrice as of the time of writing. We bring you facts about his dating history, marital life, and current relationship status.

To begin with, Benjamin is not known to have had any girlfriend before he met his first wife, Miriam Weizmann during his military service.

The couples dated for months before getting married. Until their divorce in the late 1970s, Benjamin and Miriam had a daughter – Noa (born 29 April 1978).

Moving on Benjamin got married to a non-Jewish woman, Fleur Cates, whom he began dating in 1981, a period during which he was still married to his first wife Miriam. The duo’s marriage hit the rocks three years later in 1984. 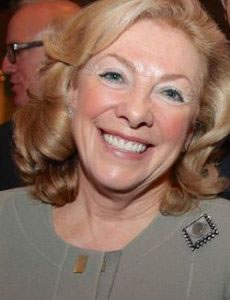 Benjamin is at the time of writing enjoying a marital relationship with his third wife Sara Ben-Artzi. The couples got married in 1991 and have two sons – Yari and Avner- together. 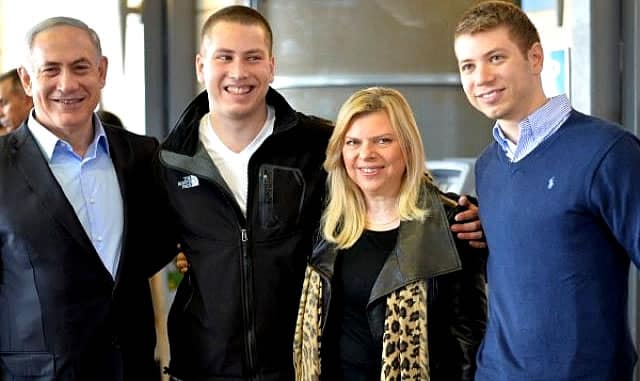 Benjamin Netanyahu comes from a Middle-class family background of 5 members. We bring you facts about members of his immediate and extended family.

Benzion Mileikowsky Netanyahu, born on the 25th of March 1910 was Benjamin’s dad.

The supportive father of three was a professor of history who served as a scholar of Judaic history at Cornell University. Until his death in 2012 Benzion was a Zionist activist who believed in Greater Israel.

Zila Netanyahu is Benjamin’s mom. She was born in Petah Tikva, Israel. Zilan has Lithuanian Jewish and Polish Jewish roots.

She is also of Belarusian Jewish descent. Zila is credited for warning her sons to quit wandering close to the Talpiot border during their early life.

Benjamin has no sister(s) but two brothers who grew up with him and helped shaped his childhood story.

He was an officer with Isreali defence forces and was involved in Operation Entebbe where he was killed. On the other hand, little is known about Benjamin’s younger brother Iddo who is a radiologist and writer.

Away from Benjamin’s immediate family life, his paternal grandparents were Nathan Mileikowsky and Sarah Lurie while his maternal grandfather and grandmother were Binyamin Segal and Chana Malka Markus respectively.

His uncle was Amos Milo while little is known about his aunt and cousins. The same goes across the board for his nephew and nieces.

What makes Benjamin Netanyahu tick? sit back as we bring you makings of his personality to help you get a picture of him.

To begin with, Benjamin’s persona is a blend of Libra Zodiac traits. He is loyal, responsible and altruistic.

In addition, Benjamin is fact-oriented. Also, he is very good at communicating his thoughts. His hobbies include reading and connecting with old friends.

Asides from politics, Benjamin has interests in anti-terrorism and has authored 3 books on the subject matter. 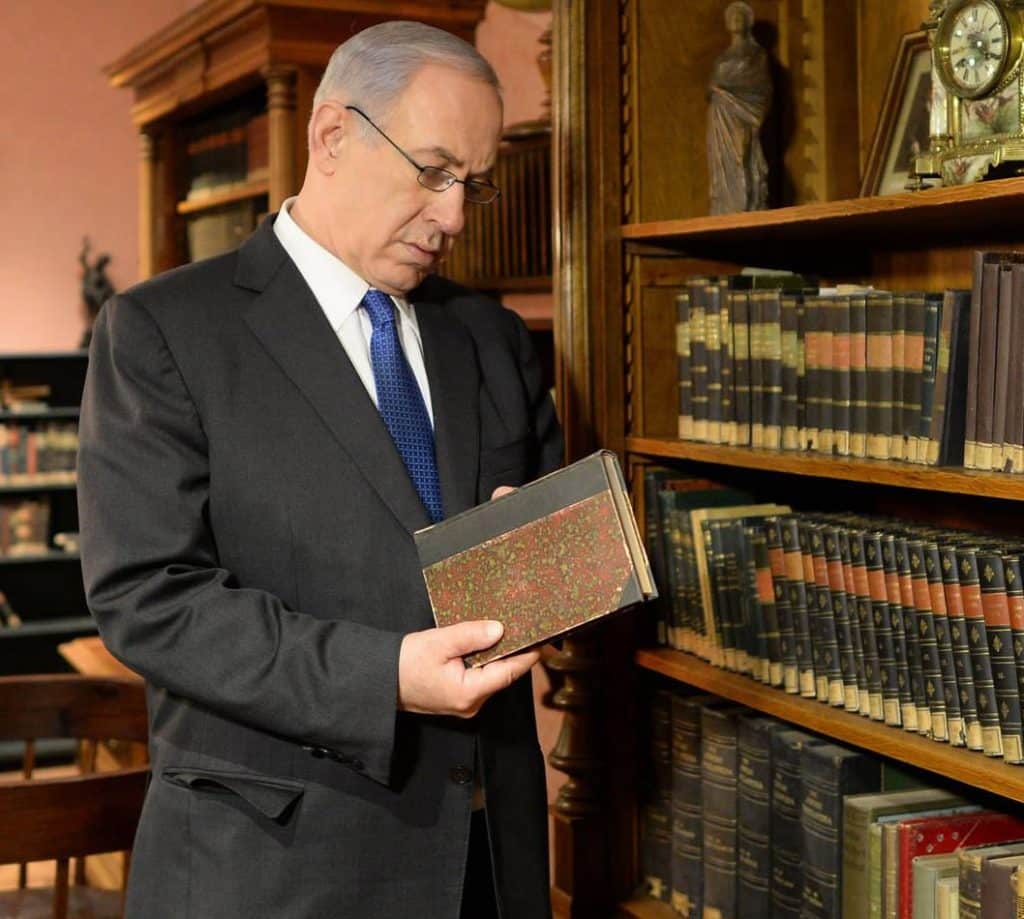 With an estimated net worth of $11 as at the time of writing Benjamin Netanyahu lives a conservative lifestyle and does much to keep his personal and private life away from the hunting eyes of his political foes.

We know little about the origin of his wealth and personal houses. However, he enjoys the perks of being a prime minister at his official residence, located at Smolenskin Street in Rehavia, Talbiya.

Similarly, he has a number of official cars at his disposal. Here is him cruising in one of his personal collections.

To wrap up our Benjamin Netanyahu biography, here are some untold facts about him.

Benjamin nickname “Bibi” dates back to his childhood days. Back then, people use it rather than calling him Benjamin.

“Bibi” smokes and drink, a habit he does on different occasions.

At childhood biography, we strive for accuracy and fairness while giving you the Biography of Politicians and World Presidents.

Kindly stay tuned for more related Politicians’ Biographies from us. The Childhood Story of  Adolf Hitler, Xi Jinping, and Kim Jong Un would interest you.