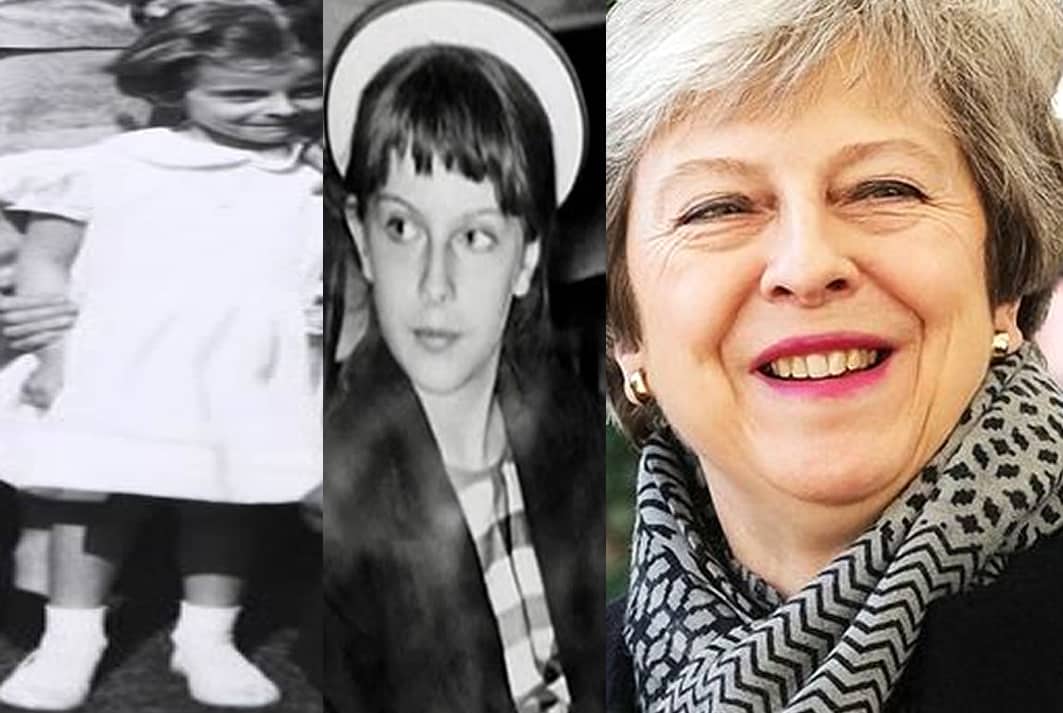 Childhood Biography presents the Full Story of a British Politician who is best known with the sweet nickname “Mummy May“.

Our version of Theresa May’s Biography and Childhood Story gives you a full account of notable events from her childhood time to date.

Yes, everyone knows of her resolute political views. However, only a few consider Theresa May’s biography which is quite interesting. Now, without further ado, let’s begin.

For Biography enthusiasts, Theresa Mary May was born on the 1st day of October 1956 at Eastbourne in the United Kingdom. She was the only child born to her mother, Zaidee Mary, and to her father Hubert Brasier (a clergyman). Behold Theresa May’s parents.

The British national of white ethnicity with English roots hails from a middle-class family background and was raised at different locations in England owing to the demands of her father’s ecclesiastical functions.

Growing up in different locations, which include Eastbourne, Enstone, Heythrop, and Wheatley, Theresa had a moral upbringing and was instilled with religious discipline during her early life. Thus, she grew up recording “no wild side” to her childhood story. 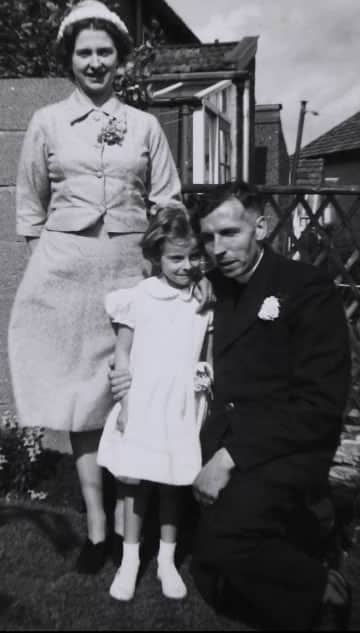 The origin of Theresa’s interest in politics dates back to her teenage years when she was a supporter of the conservative party, a center-right political party to which her mother also belonged to.

The development didn’t go well with her religious father, who banned her from politics-related activities in order to avoid accusations of political bias against him.

However, Theresa secretly continued her participation in politics even while studying at St Hugh’s College of Oxford University, where she earned a degree in Geography.

Theresa May Biography – Early Life as a Banker:

Upon graduating from college in 1977, Theresa worked for the Bank of England until 1983. She thereafter served as a financial consultant and senior advisor in International Affairs at the Association for Payment Clearing Services between 1985 and 1997.

Theresa was still working with the Association for Payment Clearing Services when she began her political career by serving as a councillor for Durnsford ward on the London Borough of Merton.

While Theresa was at it, she added more portfolios to her political career history by serving as Chairman of Education as well as Deputy Group Leader and Housing Spokesman for Durnsford ward.

Having served as a councilor for close to a decade and established herself in grassroots politics, Theresa set her political aspirations high by contesting for the seat of North West Durham during the 1992 general elections.

Although Theresa faced the challenge of not winning the seat and losing out in a by-election conducted two years later, she was resilient and went on to be elected as Conservative MP for Maidenhead in 1997.

At the peak of her engagements with the conservative party, Theresa was appointed as the party’s first female Chairman in July 2002 and enjoyed a flourishing political career in the ensuing 14 years.

Stepping into bigger shoes, Theresa announced her candidacy to head Conservative Party and was declared Leader of the Party on the 11th of July 2016. 48 hours later, she assumed office as Prime Minister of the United Kingdom. The rest, as they say, is history. 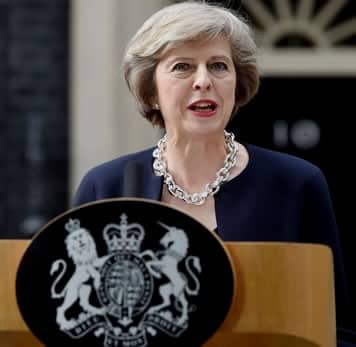 Theresa May is married as at the time of writing. We bring you facts about her dating history and marital life.

To begin with, Theresa is not known to have dated anyone before she met her husband Philip John May during their studies at St. Hugh’s College.

They dated for a few years before getting married in September 1980. Meanwhile, Theresa and Philip have no children together in their decades-long marriage due to medical reasons. It is still unclear whether they have adopted son(s) or daughter(s).

Theresa May was born into a middle-class family of three. We bring you facts about her family life.

Hubert Brasier is Theresa’s dad. He worked as an Anglican priest for the Church of England and was very close to his daughter. So great was Hubert’s support for Theresa that he served as Vicar during her marriage to Philip.

However, Hubert didn’t live long enough to see his daughter become a political gladiator as he died during a car crash in 1981.

Zaidee Mary is Theresa’s mom. Although Zaidee was not a politician, she is believed to have brought about Theresa’s political affiliation to conservative party owing to the fact that she was a member of the party herself.

Like her husband – Hubert, Zaidee didn’t see Theresa become a member of parliament as she died of multiple sclerosis a month after Hubert’s death in 1981.

Theresa May has no brothers and sisters owing to the fact that she was the only child born to her mother Zaidee Mary and to her father Hubert Brasier.

Theresa May’s paternal grandparents were Tom Brasier and Amy Patterson while her maternal grandfather and grandmother were Reginald Barnes and Violet Well respectively.

What makes Theresa May tick? sit back as we bring you makings of her personality to help you get a complete picture of her. To begin with, Theresa’s persona is a blend of the Libra zodiac traits.

She is a resolute individual who is not easily swayed by trends and popular views, a fact that her friends and close associates can attest to.

Nonetheless, Theresa knows how to work with people and she is not scared to try something new. Her hobbies include walking, watching DVD box sets and cooking. She also has interests in cricket, hiking and fashion. 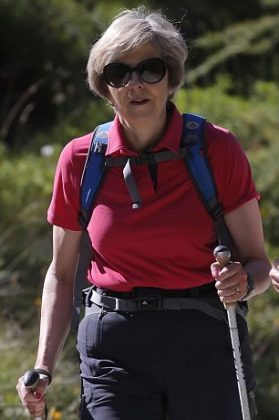 The British politician lives a conservative lifestyle. She keeps her personal and private life away from the prying eyes of the press.

As I write, her net worth is still under review as of the time of writing. Also, her earnings and spending patterns are still unclear.

Asides from her official residence at 10 Downing Street, Theresa has houses befitting of a prime minister at Maidenhead and Berkshire.

She rides in well-protected official fleets as at the time of writing, while little is known about her personal cars collection.

To wrap our Theresa May Biography, here are some little known facts. Those are rarely included in her Life story.

Asides from her decades-long career, Theresa is best known for her taste in fashion. She has been once criticized by a member of her party for appearing in a magazine. A Mag wore leather pants that cost 995 pounds ($1,211).

Thanks to her religious upbringing, Theresa May holds religion in high esteem. And she is an active member of the Church of England also known as Anglican communion.

She was affectionately nicknamed “Mummy May” by conservatives in recognition of her matriarchal powers.

FACT CHECK: Thanks for reading our Theresa May Childhood Story plus untold biography facts. At childhood biography, we strive for accuracy and fairness. If you see something that doesn’t look right in this article, please place your comment or contact us!