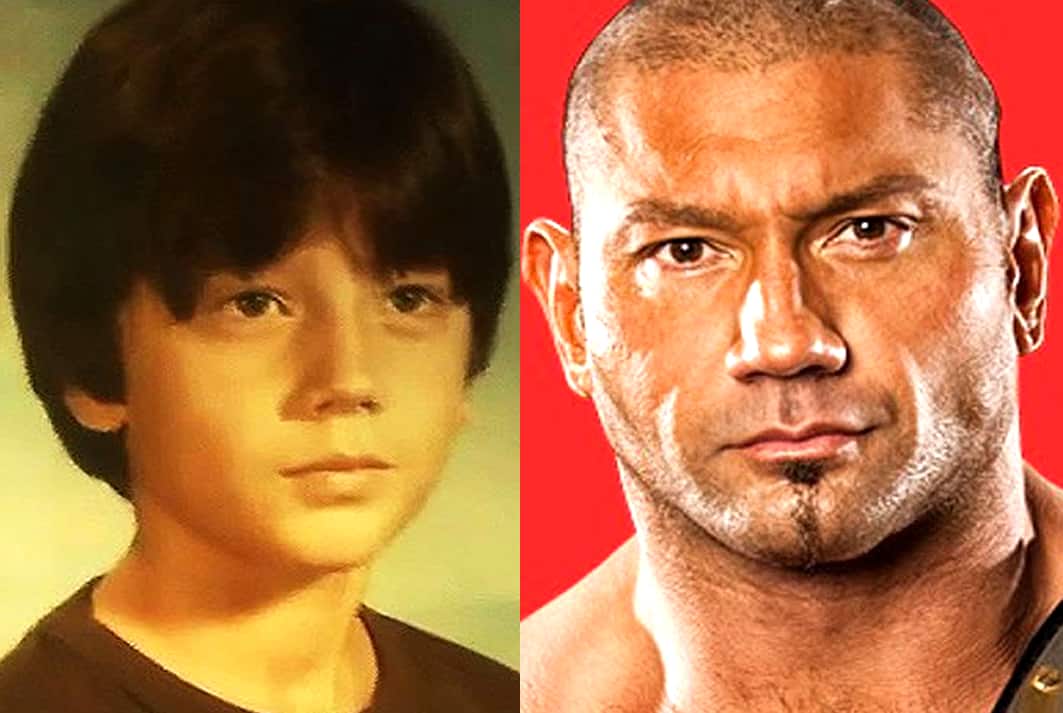 It is a full coverage of Dave Bautista Childhood Story, Biography, Family Facts, Parents, Early Life and other notable events right from the moment he was NOBODY to when he became POPULAR.

Yes, everyone knows he is one of the longest-reigning World Heavyweight Champions in WWE history.

However, only a few consider Dave Bautista’s biography which is quite interesting. Now, without further ado, let’s begin.

Starting off, David Michael Bautista Jr was born on the 18th day of January 1969 at Washington D.C. in the United States.

He was born to his mother, Donna Raye and to his father, David Michael Bautista. Below is a photo of Dave Bautista’s lovely parents.

The American national is of white ethnicity with Filipino and Greek roots. He hails from a lower-class family background and was still very young when his parents got divorced.

Following the divorce, Bautista was single-handedly raised by his mother in Washington D.C.

Growing up in Washington D.C. alongside his sister Donna Raye and brother Michael, young Bautista had a very rough childhood.

This was due to the fact that his early life was affected by violence and crime around his neighbourhood.

By the time Bautista was aged 9, he had already seen the lifeless body of three men killed at the front of his yard on different occasions.

A few years later, Bautista embraced the life of crime by becoming a teenage car-jacker.

Before securing admission at Wakefield, Bautista studied at a certain school where he had interests in break dancing and played football.

Upon his arrival at Wakefield High School, Bautista was urged to join the school’s wrestling team. He gave the sport a trial and fared excellently well in it.

His achievements with the high school’s amateur wrestling team include winning the junior varsity tournament and finishing fifth in the district championships.

However, the wrestling prodigy did not graduate from high school. He dropped out in his senior year and went on to work as a bouncer at various nightclubs.

While Bautista was at it, he got involved in a fight with some club regulars, a development which saw him arrested and charged to court.

He was granted probation and not long after, developed interests in professional bodybuilding.

Bautista trained as a professional bodybuilder for months before making the decision to pursue a career in professional wrestling.

In line with his desire to become a professional wrestler, Bautista approached World Wrestling Championship (WCW). It was at WCW that a trainer Sgt.

Buddy Lee Parker nearly discouraged Bautista from his quest, telling him that he would never make it in wrestling.

However, Bautista had the courage of his convictions and proceeded to WWE – then World Wrestling Federation (WWF) – where he had a successful tryout.

WWE did not sign Bautista immediately but designated him to the Wild Samoan Training Center wrestling school for further training.

Bautista finally signed a contract with WWE in the year 2000 and was transferred to WWE’s developmental territory at Ohio Valley.

Having impressed with his performance at the developmental territory, Bautista was promoted to WWE’s main roster.

He made his first televised debut on the 29th of May 2002 under the ring name “Deacon Bautista”.

His notable wrestling endeavours include making his WWE in-ring debut as an ally of Reverend D’Von and shortening his stage name to “Batista” months later.

Bautista challenge at the time bordered on his inability to establish himself in team contests, a development which saw him remained relatively unknown.

The group which was made up of wrestlers like Ric Flair, Tripple H and Randy Orton dominated most of the major storylines in WWE between 2003-2005.

He went on to become World Heavy Weight Champion by defeating Tripple H in the main event of WrestleMania 21 on April 3rd, 2005. The rest, as they say, is history.

Bautista has been married three times at the time of writing. We bring you details about his dating history, failed marriages and current relationship life.

To begin with, the wrestler was first married to a woman called Athena Bautista in 1990. They had two daughters – Keilaini and Anthena – together before separating in 1998.

Moving on, Bautista dated and got married to a woman simply known as Angie in 1998. Theirs was a union that produced Bautista’s only son – Oliver before they called it quits in 2006.

He thereafter got hooked with competitive pole dancer Sarah Jade whom he married in 2015.

Their marriage only lasted for about 4 years before they got divorced in early 2019. Regarding his current relationship status, Bautista is single and yet to hook up with another lady as at the time of writing.

Bautista was born into a poor family of 4 members. We bring factual details about members of his immediate and extended family.

David Michael Bautista sr is Bautista’s dad. David is of Filipino descent and was like Bautista, born in Washington D.C.

He left the family when Bautista was still young owing to the fact that he didn’t know how to be a father to his children. Bautista admits that he never missed David because the runaway dad didn’t play many significant roles in the family. 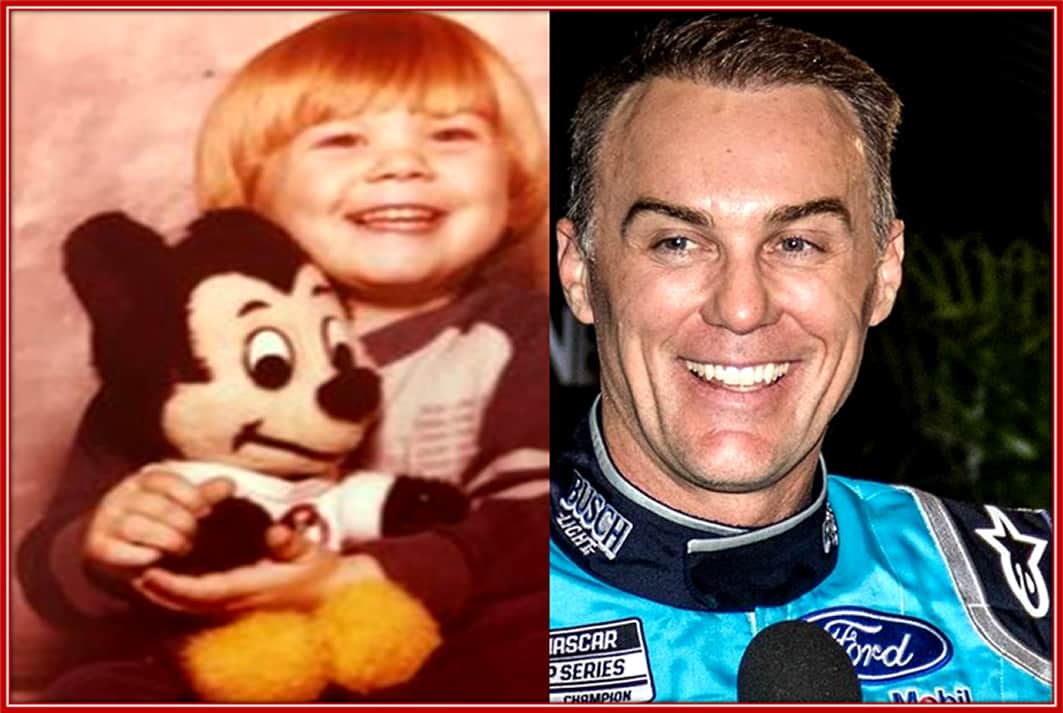 Donna Raye Bautista sr is Bautista’s mom. The supportive mum who is of Greek descent met and married her now estranged husband David when she was a teenager.

Bautista has two little-known siblings they include his sister Donna Raye and his brother Michael. The siblings grew up with Bautista in his hometown and share a close bond with him to date.

Bautista has paternal grandparents as well as maternal grandfather and mother whom little is known about.

Similarly, his aunts, uncles and cousins are yet to be identified. The same goes across the board for his nephews and nieces.

Nonetheless, Bautista is a grandfather to twin boys – Jacob and Aiden – born to his first daughter Kelani.

He is hardworking and a go-getter who always gets what he sets his mind towards achieving in his personal, private and professional life. Bautista has interests in football, breakdancing and baseball. 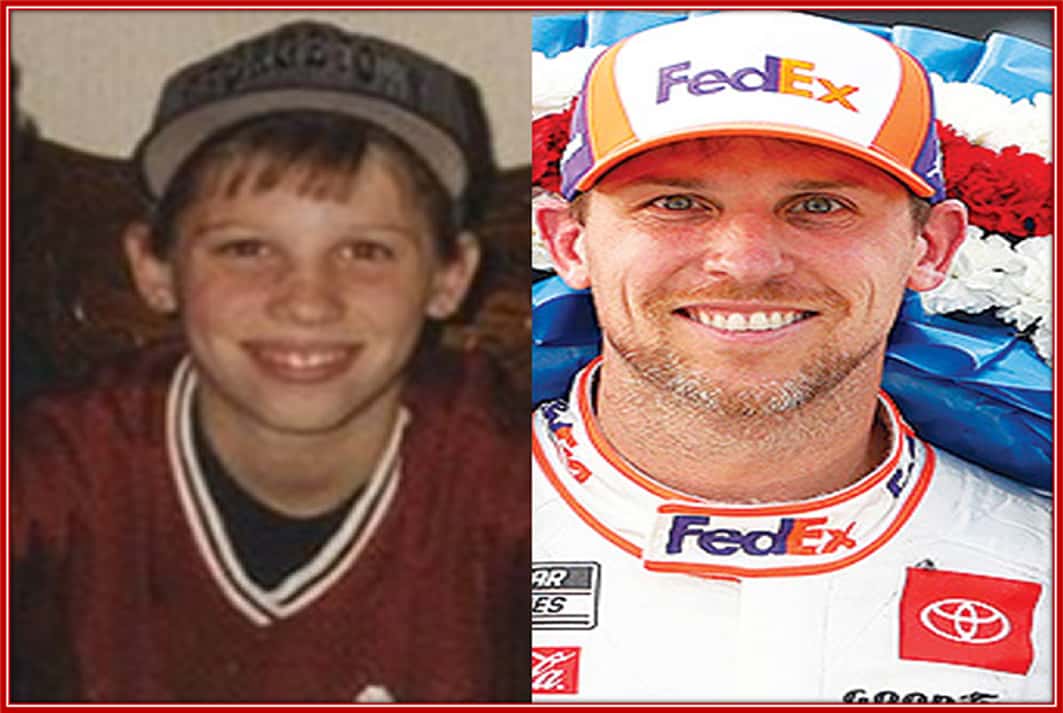 His hobbies include spending quality time with friends and family as well as watching movies and exercising.

Bautista has an estimated net worth of $13 million (as at 2019) and lives within the ambit of his means. The net worth together with Bautista’s spending speaks well of his huge salary and earnings from his diverse endeavours.

The wrestler resides at a luxury home in Lutz, Florida and has been often spotted cruising in nice and fast cars that include a black coloured BMW, a white Mercedes SL 500, a Hummer H2. He also has a number of power bikes that express his need for speed. 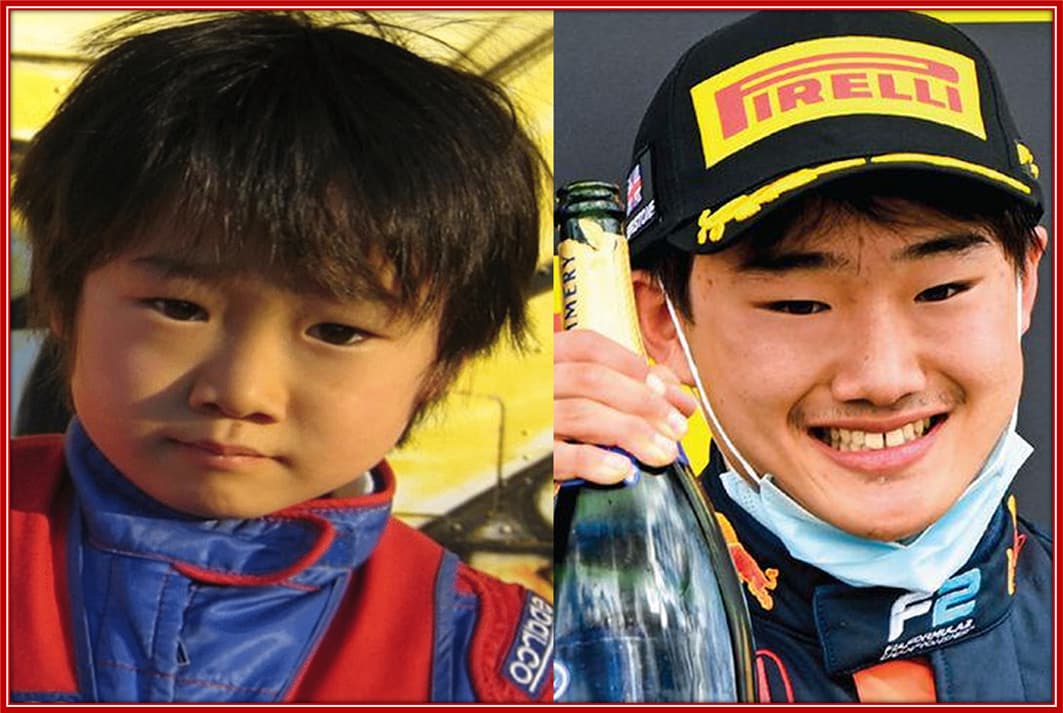 FACT CHECK: Thanks for reading our Dave Bautista Childhood Story plus untold biography facts. At childhood biography, we strive for accuracy and fairness in delivering stories about WWE Stars and Hollywood Actors. If you see something that doesn’t look right in this article, please place your comment or contact us!