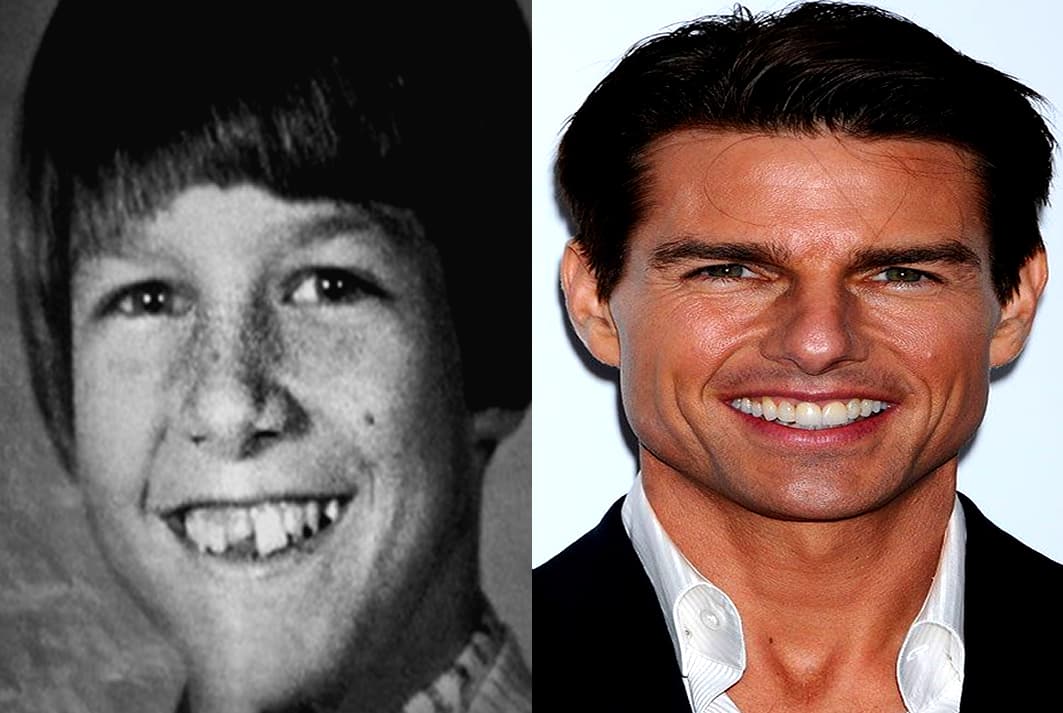 Childhood Biography presents the Full Story of an American Actor with the nickname “TC“.

Our version of Tom Cruise’s Biography Facts, including his Childhood Story, brings you a full account of notable events from his boyhood days. We then proceed to tell you how the American actor became famous.

Yes, everyone knows he alongside Jason Statham, Vin Diesel, etc, are among the biggest movie stars in the United States. However, only a few consider Tom Cruise’s Biography, which is quite interesting. Now, without further ado, let’s begin.

For Biography starters, Popular actor Tom Cruise (christened Thomas Cruise Mapother IV) was born on the 3rd day of July 1962 at the city of Syracuse in New York, U.S.A.

He is the second of four children born of the union between his mother, Mary Lee and his father, Thomas Cruise Mapother III.

The famed film producer is an American national of English and Irish family roots. Added to Cruise’s family origins is his German and Welsh roots which establish him as an individual of mixed ethnicity.

Young Cruise was raised at different locations in the United States and Canada as his dad struggled to make a living for the family which include Cruise’s mom, his older sister Lee Ann DeVette as well as younger sisters – Marian Henry and Cass Mapother. 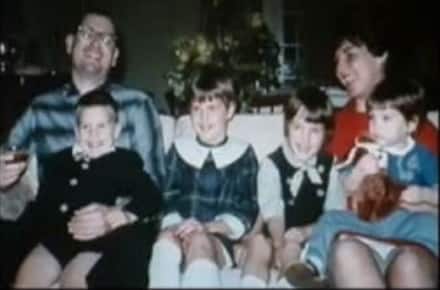 As a result, Cruise had a challenging childhood that saw him grew up in poverty.

By the time Cruise was aged 8, he had already bore enough of the poverty and began working paid jobs that include cutting grasses, raking leaves, delivering newspapers as well as selling cards for Easter and Christmas celebrations.

No thanks to Cruise’s ‘States/Canada trotting’ early life, he was schooled in no fewer than 15 schools in 14 years!

Prominent among the schools was the Robert Hopkins Public School in Ontario, Canada where a 4th-5th grade Cruise took interest in drama and was involved in plays.

Subsequent education engagements saw Cruise attend Henry Munro Middle School in Ottawa for his sixth-grade class before securing a church scholarship to study at a Franciscan seminary in Cincinnati, Ohio.

It was at the Franciscan seminary that Cruise aspired to become a catholic priest and played football as a school sport before letting go of the religious pursuit during his late teens.

Cruise eventually put an end to academic pursuits at Glen Ridge High School in New Jersey where he also involved in school plays until his graduation in 1980. 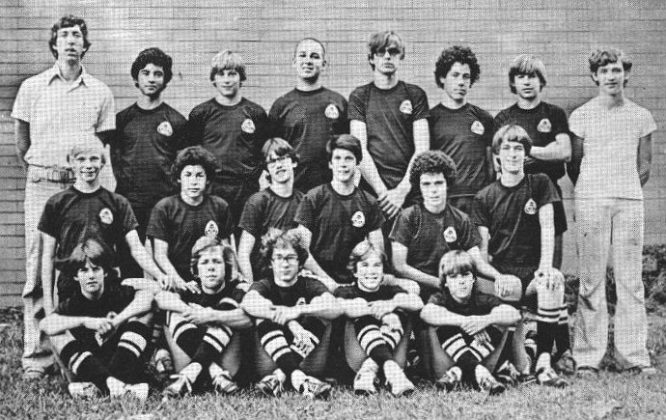 Upon graduating from High school, Cruise arrived in New York City with a view to pursuing a career in acting. However, he first strove to keep body and soul together by busing tables at a restaurant. 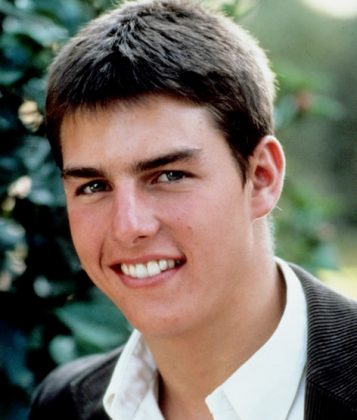 While Cruise was at it, he utilized his free periods in auditioning for acting jobs and was soon fortunate to secure a small role in the 1981 movie – “Endless Love” titled after Scott Spencer’s 1979 novel.

Cruise’s appearance in “Endless Love” was followed by his booking of small movie roles until he eventually looked the part of a promising actor after appearing in the 1983 film titled “Risky Business”. 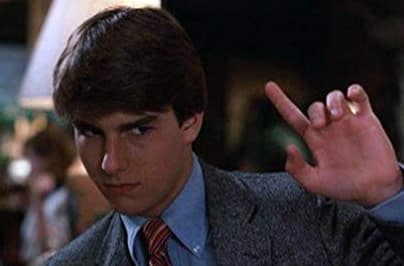 It is worthwhile to note that “Risky Business” was considered as a career turning point for Cruise whose performance was rated by Rotten Tomatoes as “undeniably one of his early best.”

Consolidating on his early success, the then 23-year-old played the role of a United States Naval Aviator LT Pete “Maverick” Mitchell in the 1986 movie “Top Gun” which upgraded his status to that of a superstar. 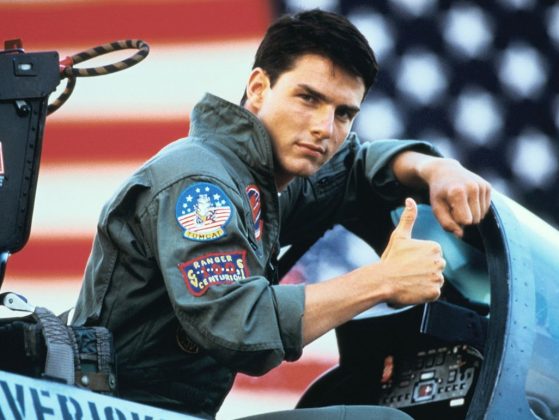 Fast forward to the time of writing Cruise is both a movie actor and film producer who is regarded as one of the highest-grossing box office stars of all time. The rest, as they say, is history.

Yes, Tom Cruise has been plagued with busy schedules ever since he rose to fame. But No matter how busy Cruise may seem, he always finds time to nurture his love life as evident in his robust relationships over the years.

We bring you facts about his dating history, marriages and current relationship status.

To begin with, the actor has been romantically involved with no fewer than 13 girlfriends.

His first marriage was with American actress Mimi rogers, theirs was a union that only lasted few years before they went separate ways in 1990. Cruise met his next wife actress Nicole Kidman while filming Days of Thunder (1990).

The last was not heard of Cruise’s marriage and divorce until 2012 when he got separated from his third wife.

The then-couples who tied the knot in 2006 had a daughter together Suri (born 2006). She came from their five and a half years marriage.

Not much is known about Tom Cruise relationship status at the time of writing as he is very private about romantic engagements following his last divorce. 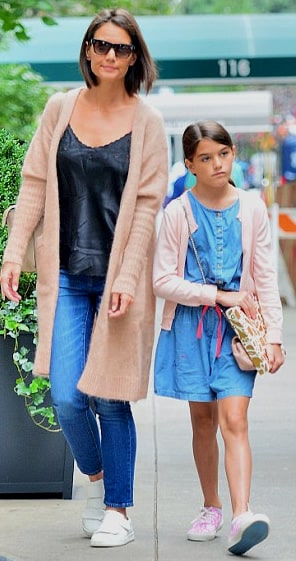 Family is one of nature’s masterpieces and that of Tom Cruise makes no exception. We bring you facts about Cruise’s family members beginning with his parents and available records about his ancestry.

Thomas Mapother III was Cruise’s biological dad. He was born on the 15th of October 1934 and worked as an electrical engineer during Cruise’s early life.

We also know him to have worked as a defence consultant. With the Canadian Armed Forces. This was before getting separated from Cruise’s mom. It happened when the actor was a sixth-grade student at Henry Munro Middle School in Ottawa.

Until his death in January 1984, Thomas Mapother III had no close relationship with his children particularly Cruise who spoke ill of him.

The love which Cruise lacked in his biological dad was made up for in his step-dad John ‘Jack’ McLeod South who the actor describes as smart and wise ma.

Jack got married to Cruise’s mom in 1978 and remained united with her until his demise in 2015. 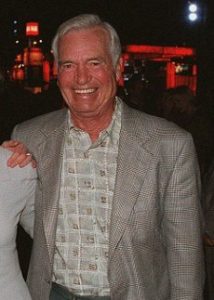 Mary Lee was Cruise’s loving and supportive mom. She was born on the 22nd of September 1926 and worked as a special education teacher.

Unarguably the closest person to Cruise’s heart, Mary worked many Jobs to support her four children after the divorce, including selling electrical appliances.

Even when Cruise achieved a breakthrough in acting Mary’s support for him never ceased. She was often seen at the premieres of his movies until her death in 2017. 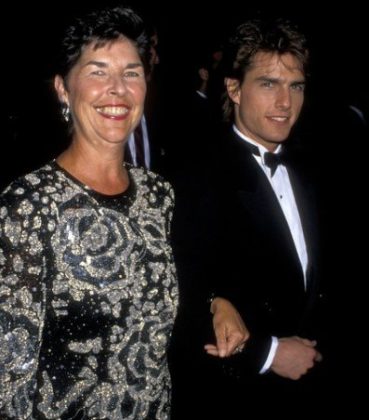 Cruise has no brother(s) but three look-alike sisters with whom he grew up with. They include his older sister Lee Ann DeVette as well as younger sisters Marian Henry and Cass Mapother.

The eldest sibling Lee Ann once worked as Cruise’s publicist. And has been involved in his production company.

On her part, Marian is a real estate agent. While Cruise’s third and youngest sister – Cass Mapother is the owner of a restaurant named Cass’ Cafe in New Jersey. 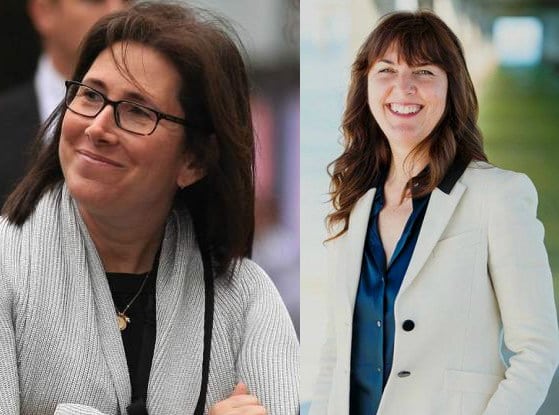 Moving on to Tom Cruise’s relatives or extended family life, here are facts. His paternal grandparents have been identified as Thomas Cruise Mapother II and Mary Cruise.

The actor’s first cousin is William Mapother while one of his nephews has been identified as Cal (born to cruise sister Marian.

On the flip side, Cruise’s uncles and aunts and nieces remain largely unknown at the time of writing.

There are just a few people who know about Tom Cruise’s personality beyond his screen endeavours and interviews.

Sit back as we unravel facts about Cruise’s persona which is very much defined by Cancer zodiac traits.

He is creative, resilient, adventurous, emotionally intelligent and moderately reveals details about his private and personal life.

Cruise’s interests and hobbies include skydiving, scuba diving, flying planes and spending good time with his friends and family. 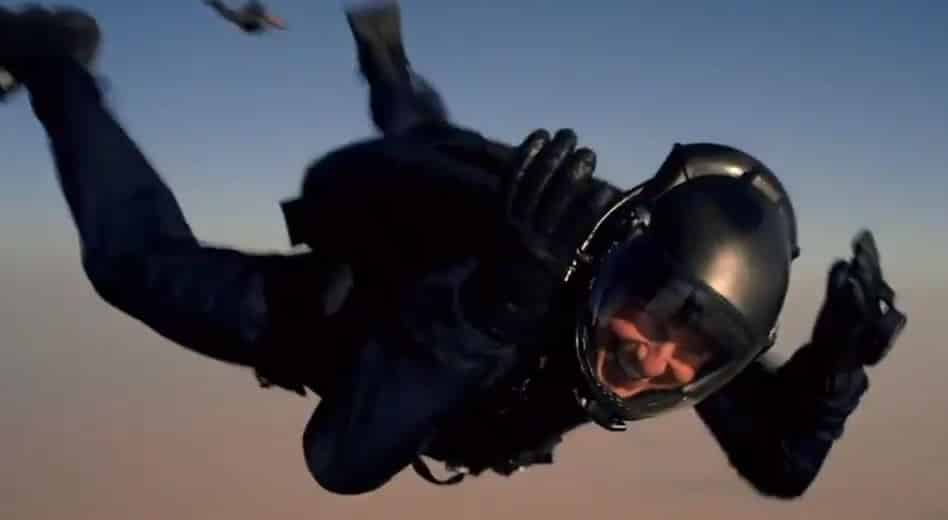 Do you know that an estimated net worth of $570 million dollars – at the time of writing this bio – coupled with nearly a decades experience of professional acting and directing as well as other screen endeavours establish Tom Cruise in the league of high salary earning actors.

With such amazing incoming wages, Cruise lives a luxurious lifestyle that is made evident in his possession of luxurious houses.

He has lived in Beverly Hills, Telluride, Los Angeles, Colorado and owns a plush penthouse at Clearwater in Florida. 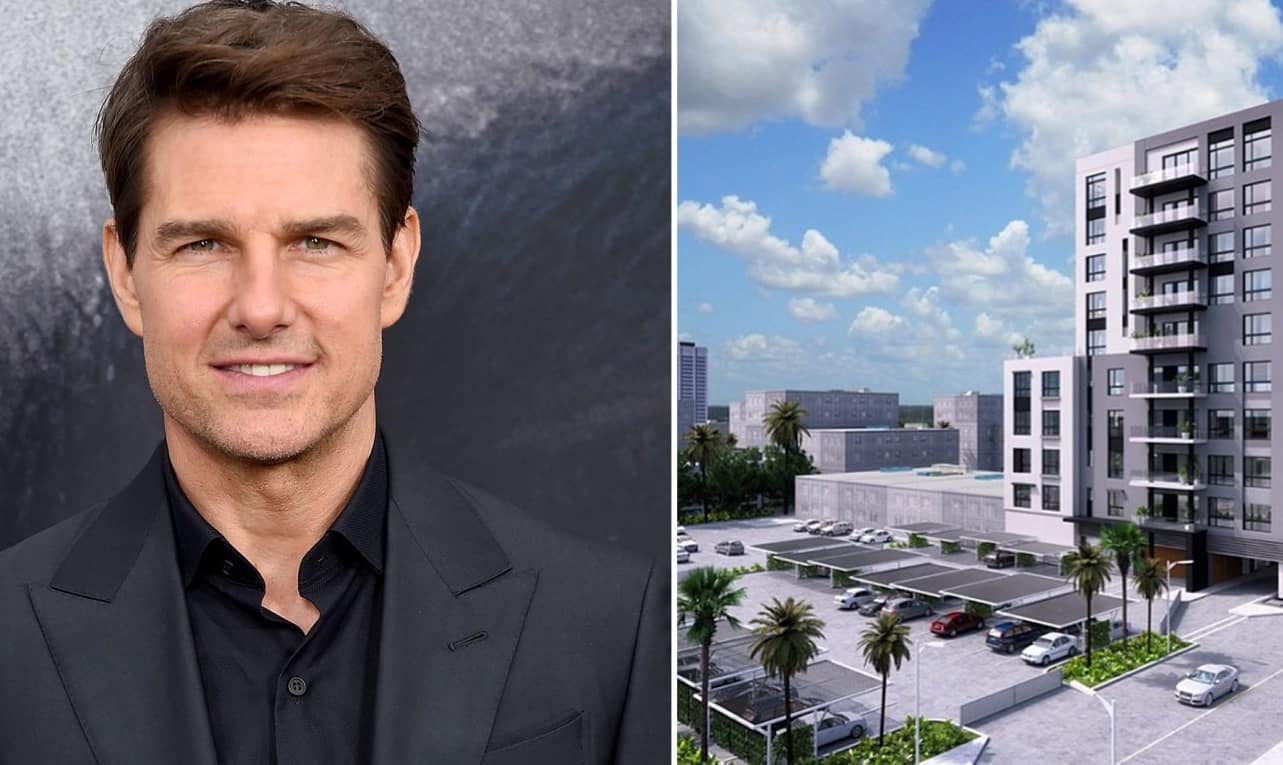 When Cruise is not snapping up prime real estate he satisfies his need for speed by enjoying rides in luxury cars which include a Bugatti Veyron, Ford Mustang Saleen S281, Chevrolet Corvette, Porsche 911 and BMW 7 series.

To wrap up our Tom Cruise’s childhood story and biography here are lesser-known facts about him.

Tom Cruise had a catholic upbringing and even aspired to become a priest during his early life.

However, he was introduced to the Church of Scientology in 1990 by his first wife Mimi Rogers.

Cruise has ever since remained a staunch member of the church and has been vocal in promoting its ideologies. 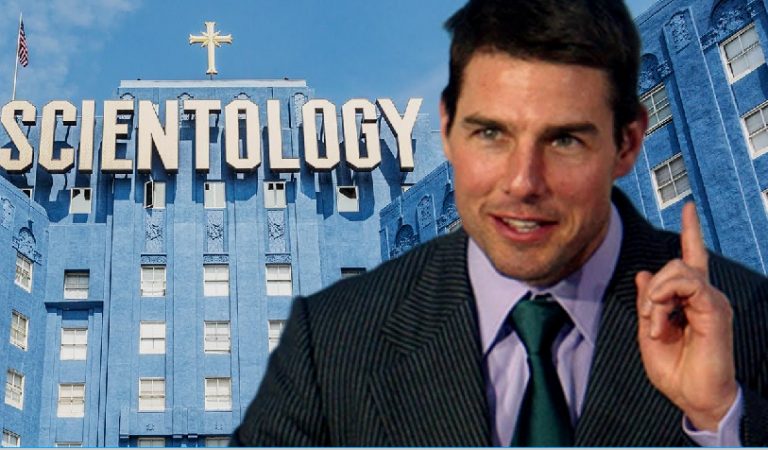 Cruise used to be known for his drunken public outbursts. This was before he decided to quit drinking. He is now calm, cool, collected and has also given up on smoking.

The actor is big on pets, particularly dogs. And he has over the decades been spotted taking photos with different breeds of dogs.

The pets are unarguably close to him, a development which affords them celebrities photos with the movie superstar. 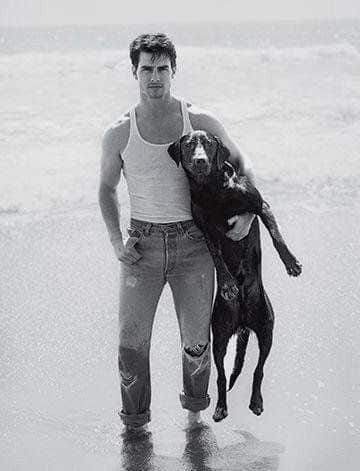 Do you know that Tom Cruise who possesses a height of 1.7m is not big on tattoos? The only period that he was spotted with beautiful tattoos – which was revealed to be fake – was when he was promoting his new film Rock of Ages (2012).

Thanks for reading our Tom Cruise Childhood Story plus untold biography facts.

At childhood biography, we strive for accuracy and fairness while delivering the Biography of Popular Actors. If you see something that doesn’t look right in this article, please place your comment or contact us!