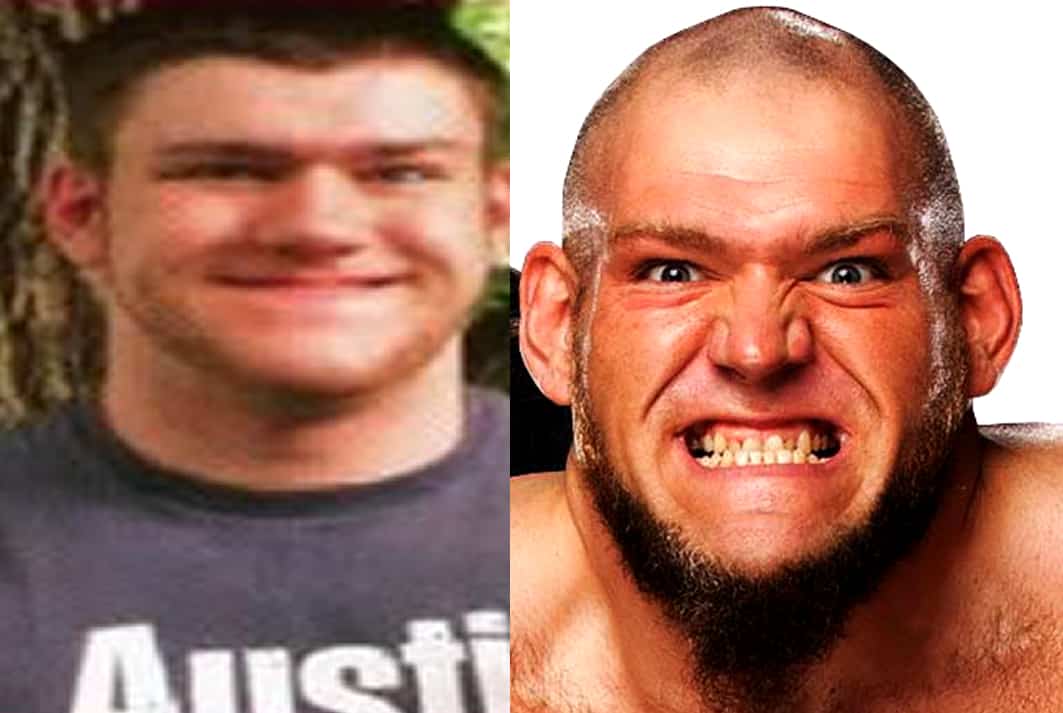 Childhood Biography presents the Full Story of an American wrestler with the nickname “The Freak“.

Our version of Lars Sullivan’s Biography and Childhood Story brings you a full account of notable events from his childhood time to date.

Yes, everyone knows of his gigantic figure and big hands. However, not many WWE fans have read a detailed version of Lars Sullivan’s Biography, which is quite interesting. Now, without further ado, let’s begin.

For Biography starters, Dylan Miley was born on the 6th day of July 1988 at Westminster, in Colorado, United States. He was born to parents whom little is known about at the time of writing this bio.

The American national of white ethnicity with Irish roots was raised at his birthplace in Colorado where he grew up alongside siblings that are yet to be identified with him as at June 2019.

Growing up in Colorado, young Sullivan was an aggressive kid who grew faster than his peers. Thus, he had an intimidating physique which initially struck many as nothing but a normal growth.

Little was it known that young Sullivan’s growth was abnormal.

The youngster was in fact, having issues with over-secretion of the pituitary gland which led to his seeming non-stop development of freak-sized body features.

Post-high school endeavors saw Sullivan accord more priority to bodybuilding with a view to shaping his budding giant physique, an activity he was dedicated to even while attending a wrestling school at Denver.

Thus, Sullivan was signed to WWE in 2013 and underwent professional training at the WWE Performance Center.

He made his professional debut by defeating Marcus Louis in a showcase match at WrestleMania Axxess in 2015 and went on to make sporadic appearances at NXT live events between 2015-2017.

The two years that Sullivan spent at NXT were the most challenging period of his early career. He started out on the wrong footing by making his televised debut with Micheal Blais in a losing effort to team DIY.

Similarly, Sullivan went on to enter campaigns for multiple NXT titles but failed to win any during his time with the brand.

Moving on, Sullivan was called up to WWE’s main roster in November 2018 and surprisingly made his debut months later in 2019 during the April 8 episode of Raw by attacking WWE Hall of Famer Kurt Angle.

The following weeks saw a fearless Sullivan attack more WWE veterans including The Hardy Boyz and Rey Mysterio before he became a part of the SmackDown brand during the 2019 Superstar Shake-up in April. The rest, as they say, is history.

Lars Sullivan is yet to be married at the time of writing. We bring you facts about his dating history and current relationship status.

Many years before becoming a wrestler, Sulivan was involved in a romantic affair with a certain high school girlfriend.

However, The duo broke up owing to Sullivan’s obsession with wrestling as he reportedly chose to attend a 2005 ECW’s One Night Stand PPV in New York City instead of spending time with his girlfriend on the occasion of her birthday.

Fast forward till June 2019, it is not known if Sullivan had subsequent girlfriends, neither has any woman been identified as his wife. Similarly, there are no records indicating whether he has son(s) or daughter(s).

Lars Sullivan hails from a little-known family background. We bring you facts about his family life.

About Lars Sullivan’s father and mother:

Sullivan was born to parents who are yet to be known for several reasons at the time of writing. First, the wrestler has no history with wrestling for independent promotions before joining WWE.

Neither has he won any championship ever since he made his televised debut on NXT in April 2017. Thus, there is virtually non-existent content relating to his early life and family background.

However, It might not be long before information regarding Sullivan’s mom and dad surface especially if he secures a championship win.

About Lars Sullivan’s Siblings and Relatives:

Sullivan’s little-known background extends to information regarding his siblings.

There are no records of his brothers and sisters, neither has his paternal grandparents as well as his maternal grandfather and grandmother been identified. Similarly, his uncles, aunts, cousins, nephews, and nieces remain largely unknown.

What makes Lars Sullivan tick? Sit back as we bring you makings of his personality to help you get a complete picture of him. To begin with, Sullivan’s persona is a blend of Cancer Zodiac traits.

He is creative, resilient, well-spoken, and hardly reveals details about his personal and private life.

Regarding Sullivan’s interests and hobbies, he loves bodybuilding, keeping up with football matches, and spending time with friends. 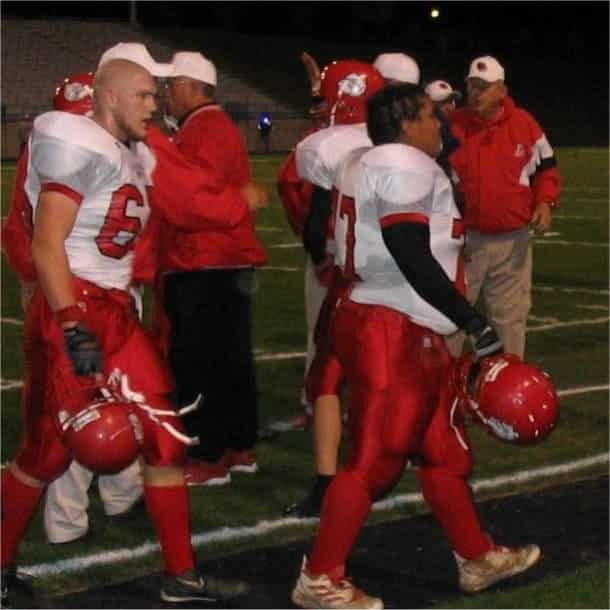 Sullivan’s net worth is under review at the time of writing, while the origin of his little-known wealth majorly stems from the increasing salary he receives as a fast-rising wrestler. 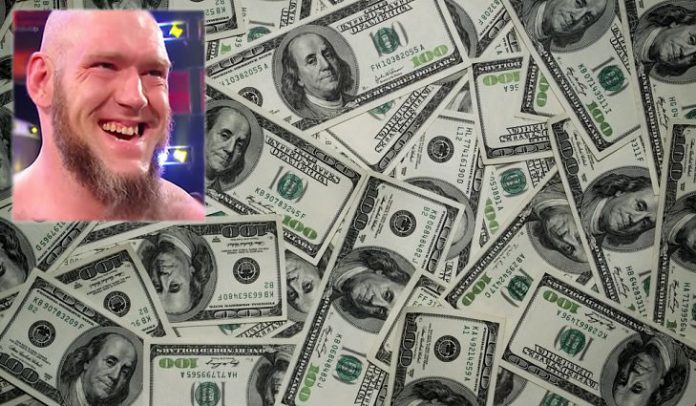 However, he lives a conservative lifestyle at his residence located in Cleveland, Ohio. The true worth of Sullivan’s house at Cleveland is yet to be ascertained while there are no records of his cars collection.

To wrap up our Lars Sullivan childhood story and biography here are little-known facts that are rarely included in his bio.

Lars Sullivan is prone to anxiety attack, a condition which made him delay his debut for months after being called up to WWE’s main roster.

He has just one tattoo on his shoulder at the time of writing. 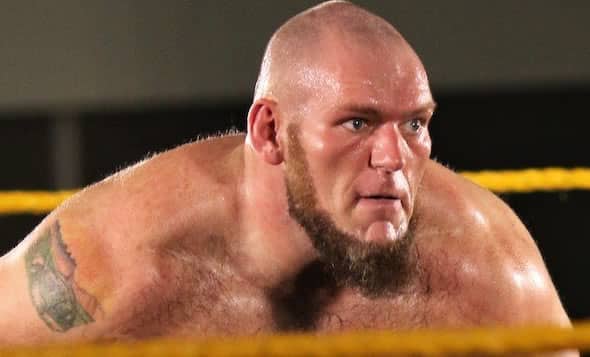 Sullivan has left no clue regarding his religion, thus he stance on matters of faith is yet unknown.

He is not given to smoking, neither has he been spotted drinking.

FACT CHECK: Thanks for reading our Lars Sullivan Childhood Story plus untold biography facts. At childhood biography, we strive for accuracy and fairness while delivering you the Biography Story of WWE Stars.