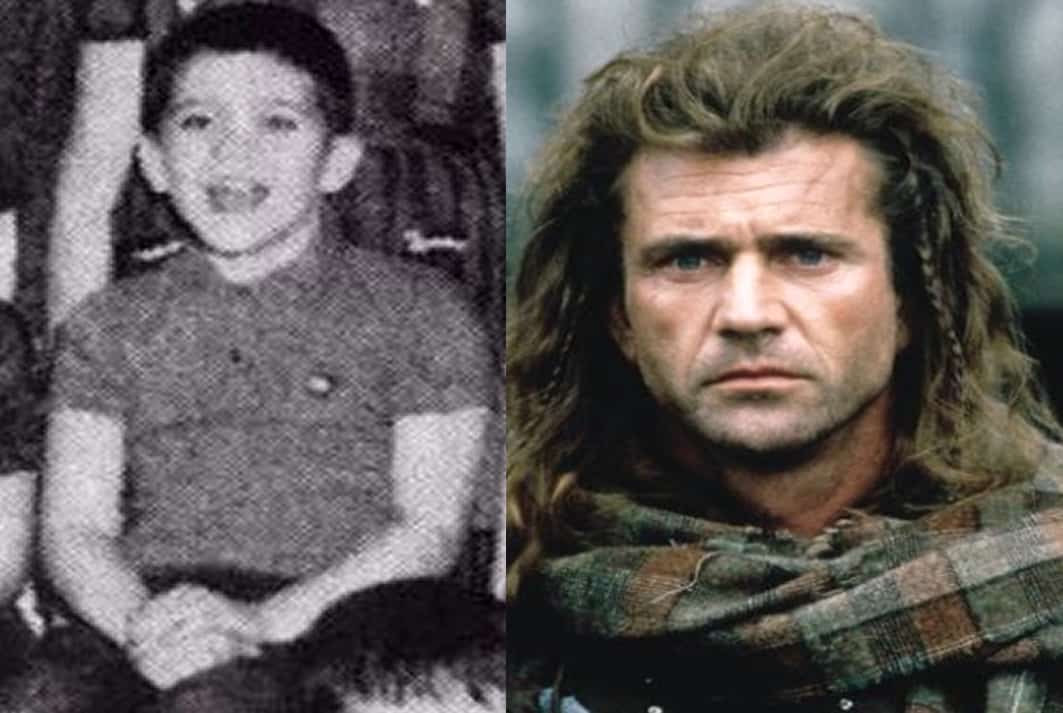 CB presents the Full Story of a celebrity actor and filmmaker best known as “Mel“. Our Mel Gibson Childhood Story plus Untold Biography Facts brings you a full account of notable events from his childhood time to date. The analysis involves his early life, life story before fame, family background and personal life. More so, other OFF and ON-Screen little-known facts about him.

Yes, everyone knows about his movie roles as an action hero. However, only a few consider Mel Gibson’s biography which is quite interesting. Now, without further ado, let’s begin.

Mel Colmcille Gerard Gibson was born on the third day of January 1956 at Peekskill in New York, USA. He was the sixth of eleven children born to his mother, Anne Patricia (a house keeper) and to his father, Hutton Gibson (a railroad brakeman).

Regarding his roots, Mel is predominantly Irish, with some English, Scots-Irish/Northern Irish and Welsh, ancestry. Young Mel grew up with his 5 elder siblings at Peekskill where he spent 12 years before his family relocated to Australia. Their migration came a few days after Mel’s father won a US$145,000 work-related-injury lawsuit against the New York Central Railroad. 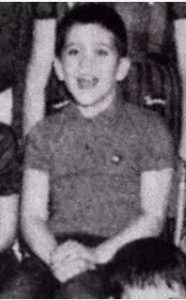 Upon receiving the money, a financially unstable Hutton made an economic decision of leaving the US with his family for Australia during the heights of the Vietnam war. While at Australia the Gibsons’ settled at Mel’s grandmother’s hometown in West Pymble, Sydney. Mel’s parents afterwards welcomed an addition of 5 more children as he continued with education.

It would be interesting to note that Mel had no record of participating in drama activities at the respective high schools as well as during his tertiary education at the University of New South Wales in Sydney.

Mel was aspiring to become either a chef or journalist when his elder sister figured out that he could fare considerably well in Theater Arts. To that end, she submitted an application on his behalf at the ‘National Institute of Dramatic Art’ (NIDA) in Sydney.

Thus began the “theatrical journey” of the young Irish who was accepted for study at the institute after scaling through audition. It was at the institute that Mel played lead roles in the adaptation of classical dramas and made his on-screen debut in the 1977 film, Summer City. 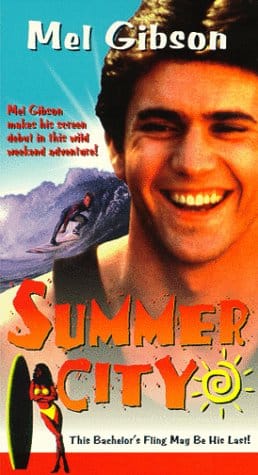 Mel graduated from the institute in 1977 and joined the ‘Southern Australian Theater Company, working as a stage actor. Years later in 1979, two films he had been working on got released. They include his role of a mentally slow youth in the film “Tim” as well as take a lead role in the post-apocalyptic action movie – “Mad Max”. Although both films were successful, It was Mad Max that brought Mel a step closer to Fame and fetched him his first big pay of 15 thousand dollars. 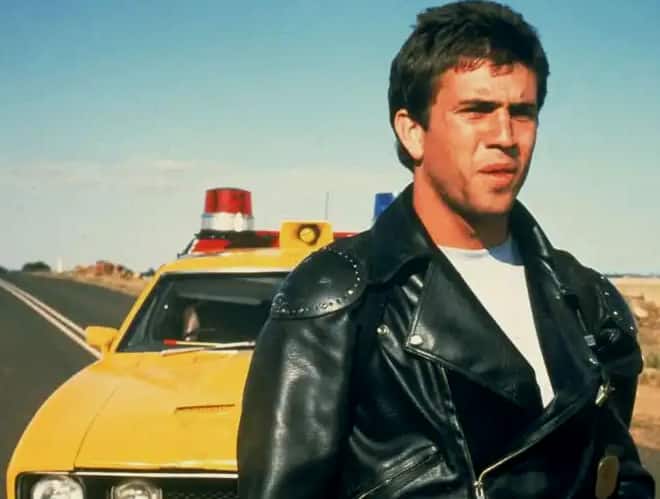 The continuation of the film “Mad Max 2: The Road Warrior” was released 2 years later, it fetched Mel 10 times his previous salary and most importantly made him an international star. 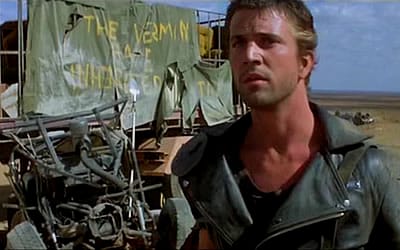 Mel finally became a household name when he actioned in “Brave Heart”, a movie that still resonates around world two decades after shooting.

After becoming a household name, Mel Gibson went on to directed the movie “The Passion of the Christ” which earned a whooping $611.9 Million in box office. So far, this is his highest earning movie till date which has earned three Oscar nominations. The rest, as they say, is history.

Mel Gibson has been married once we bring you factual details about his marital and off marital relationships.

First was his marital relationship with ex-wife Robyn Moore (born 1950). Robyn was a dental nurse who met Mel in 1977 after he concluded the shooting of Mad Max. The duo dated for almost three years before getting married on the 7th of June 1980. 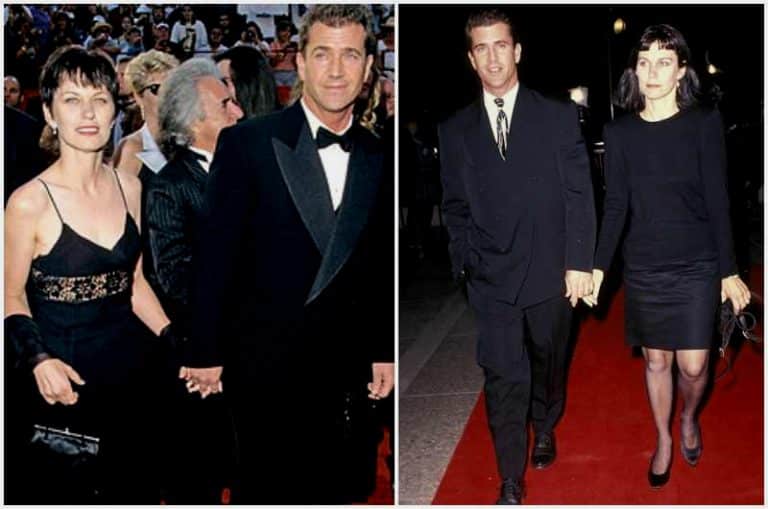 Their marriage lasted for 29 years during which Robyn filed for divorce in 2009. Reasons for the divorce were not far from Mel’s abuse of alcohol which had since landed him in legal issues. The actor who once admitted to drinking since he was aged 13 had in time past revealed that:

The couples were officially divorced on December 23, 2011, with Robyn carting a Hollywood record settlement of over $400 million.

Until their divorce, Mel and Robyn had seven children together. The first of Mel’s children and Makeup artist is known as Hannah Gibson. She was born in November 1980 and is pictured with her husband below. 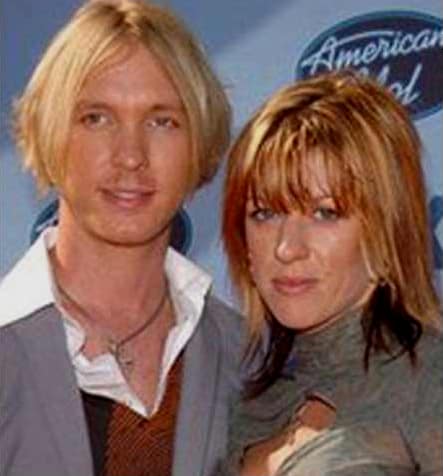 Next is their twin sons Christian and Edward Gibson (born June 2, 1982). Christian (pictured right) is an actor who prominently works in the camera department on set. Edward is the founder of a furniture company known as Natural Edge. 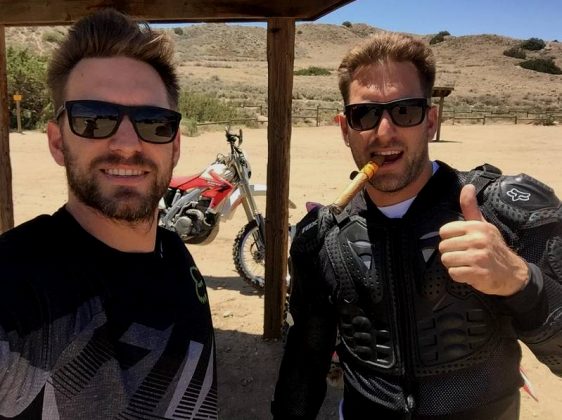 Little is known about William “Will” Gibson born in 1985 (pictured left). However, his younger brother Louie Gibson (born 1988) is a film director and writer married to actress Annet Mahendru. 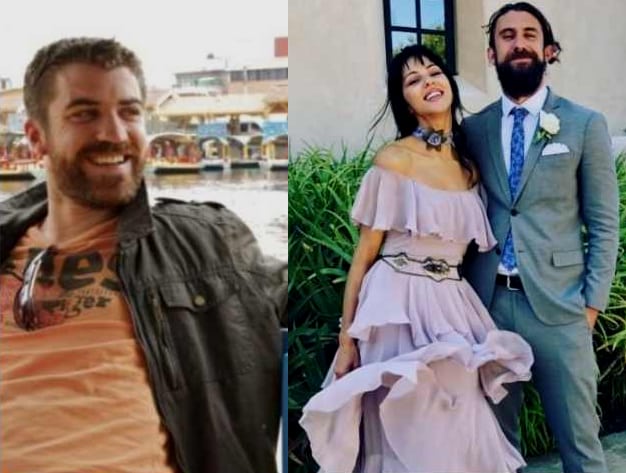 Milo Gibson (born 1990) is the second to the last child born to Mel and Robyn. while Thomas Gibson born 1990 (pictured right) is the youngest of the siblings. He graduated from college in 2017. 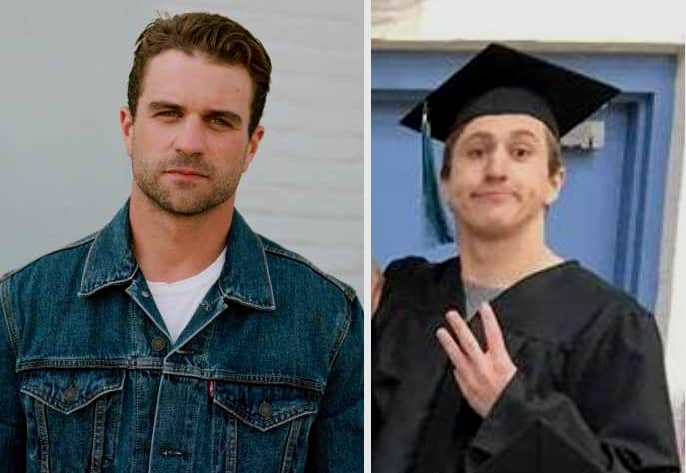 Mel began a relationship with Russian Pianist Oksana Grigorieva (born February 1970) while proceedings were still ongoing regarding his divorce with Robyn. 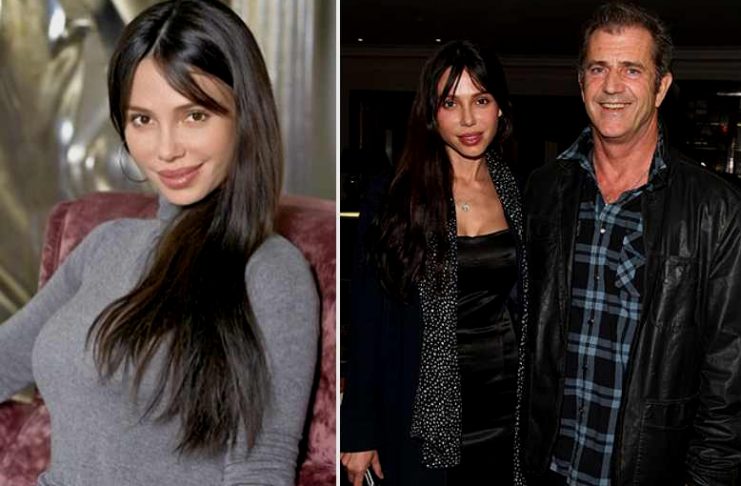 Although Mel and Oksana were never married, they had a daughter together called Lucia Gibson (born 30th October 2009). 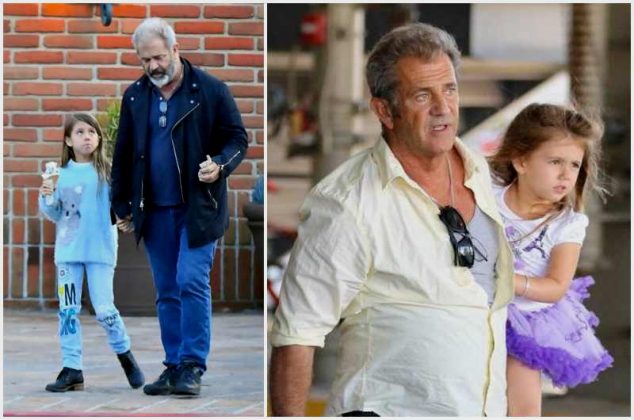 They however split in In 2010 when Grigorieva filed and gained a restraining order from Mel, citing repeated verbal and physical abuse. She was awarded settlements that include, $750,000, joint custody as well as a house to live in until their daughter Lucia turns 18.

Mel is at the time of this post in a relationship with former equestrian vaulter, Rosalind “Rosey” Ross. She met Mel in 2014 during an interview for a Job at Icon (Mel’s company). It wasn’t long before they were both spotted together as couples at public outings. 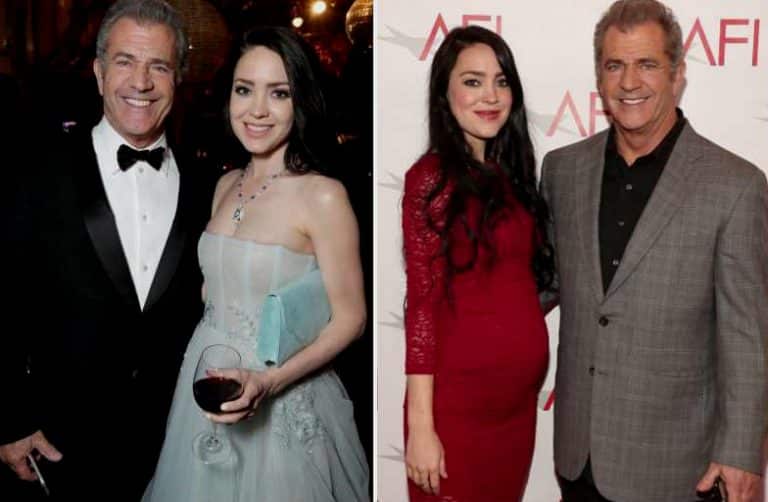 Their relationship has given rise to a son Lars Gerard Gibson born on 20th of January 2017. 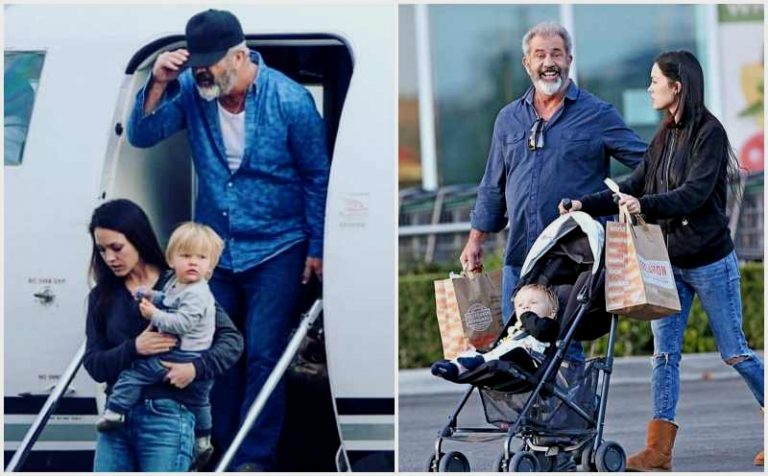 Mel Gibson was born into a very large family. We bring you details about members of his family.

About Mel Gibson’s father: Mel’s father Hutton Gibson was born on the 26th of August 1918. Old Hutton has worked as a rail worker and World War II veteran. Hutton is widely known for being an outspoken critic of the modern post-conciliar Catholic Church and has written 3 books to that effect. 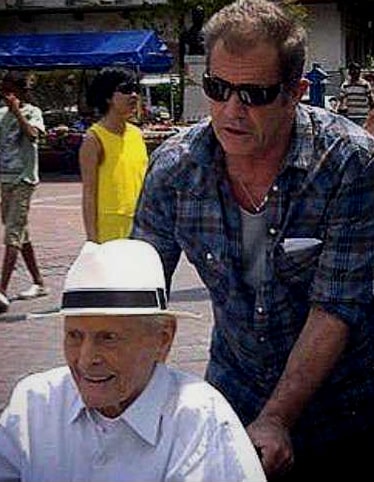 Nonetheless, Hutton is a caring father who had the interest of his children at heart and never ceases to support them. Notable among which was relocating to Australia with a view to preventing his eldest son from being drafted into the Vietnam War by US army.

About Mel Gibson’s mother: Mel Gibson’s mother Anne Patricia Gibson was born in the year 1918 in Ireland. Anne’s search for greener pasture led her to the US where she met and got married to Hutton in 1944. She lived long enough to see her children record significant life achievements before her death in 1990.

About Mel Gibson Ex-Stepmother: Following the death of Anne Mel’s father got married to Teddy Joyle Hicks (born 1934) in 2002. The relationship which survived 11 years was not in good terms with Mel and his sister Maura. Consequently, the aged couples settled for divorce in 2012 citing irreconcilable differences. 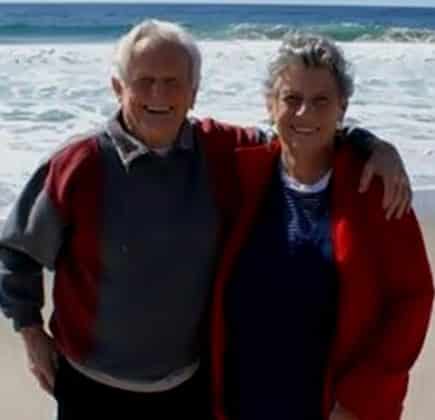 About Mel Gibson’s siblings: Mel has 5 sisters and Five brothers. They include His eldest sister, Patricia Donohoe. She is a Wife and mother of three kids. 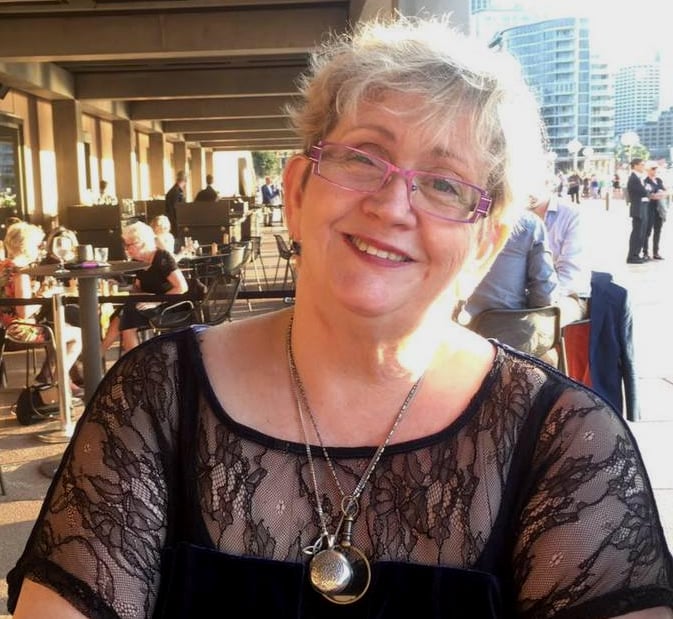 Next is Sheila O’Connor, the elder sister who set Mel on the path of developing a career in acting by submitting a form on his behalf at the National Institute of Dramatic Arts. 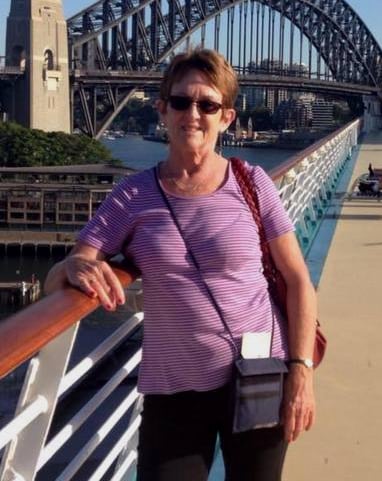 There is Mary Estridge, a graduate of Syracuse University, wife and mother of three kids. 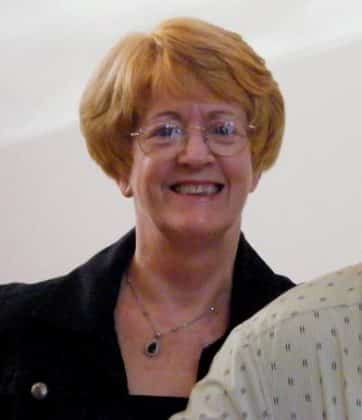 And also Kevin Gibson, a brother who some believe to be older than Mel. 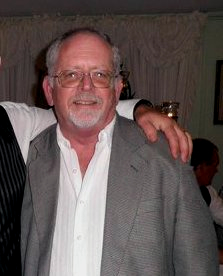 Others are Maura Louise, a sister whom little is known about other than collaborating with Mel to be against their dads’ second marriage.

Moving on, Christopher and Daniel Gibson are twin brothers who were born in 1957. Christopher pictured left is known to have struggled with addiction to alcohol while little is known about Daniel. 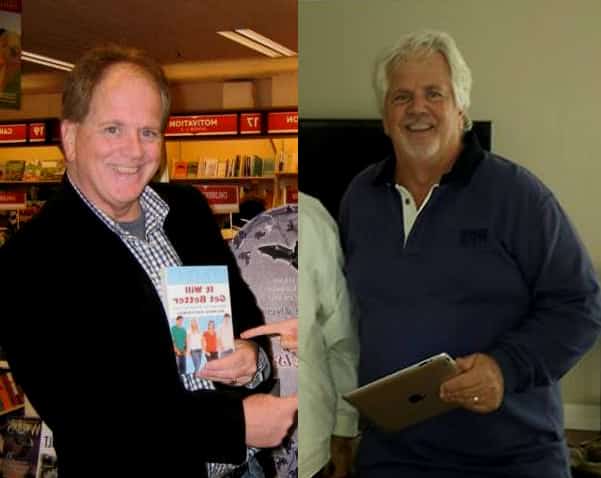 There is Donal Gibson, a younger brother, actor and painter born on the 13th of February 1958. 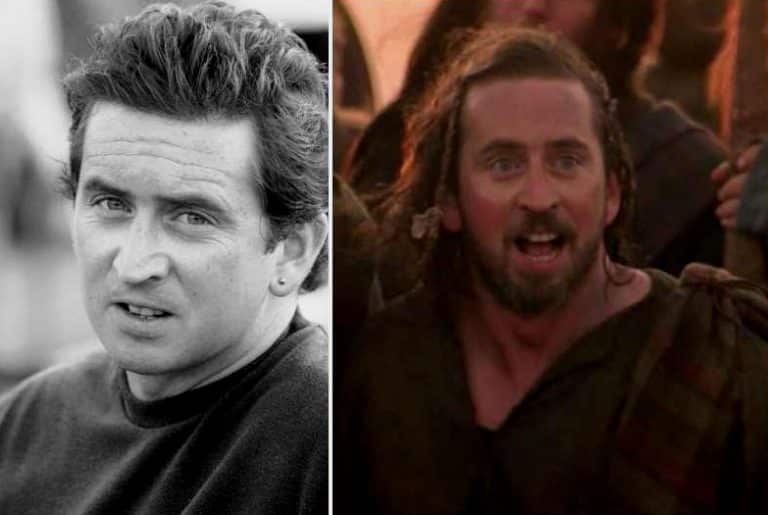 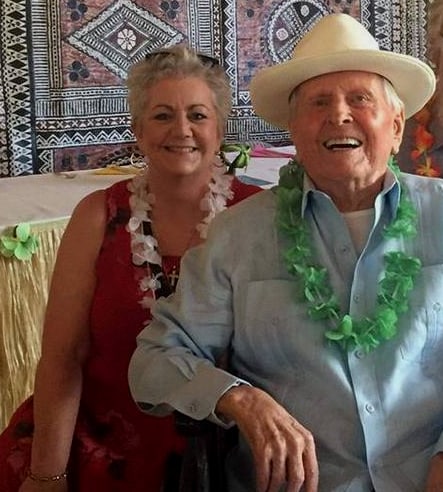 And finally Andrew Gibson, an adopted younger brother who announced being gay when he was 22 years of age. 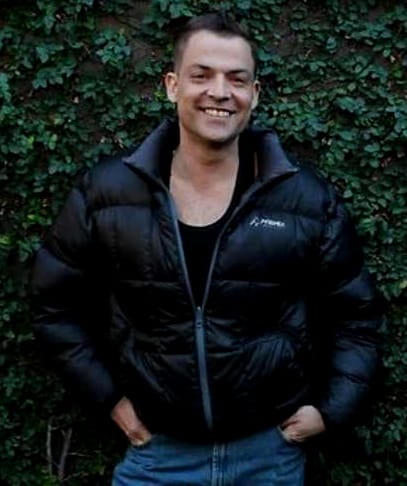 Mel is a rugged man with chiselled features who has over the years become notorious for his racism, sexism, and anti-Semitism inclinations. Though Mel acknowledges his lapses, he believes getting his acts together is a great deal of work.

“I am politically incorrect, that’s true. Political correctness to me is just intellectual terrorism. I find that really scary, and I won’t be intimidated into changing my mind. Everyone isn’t going to love you all the time.”

On the bright side, Mel is a Piercing blue-eyed Man, a caring father and loving partner that eats right, work out optimally. On the far negative side, Mel sometimes gets manically depressive and holds gloomy thoughts about life. 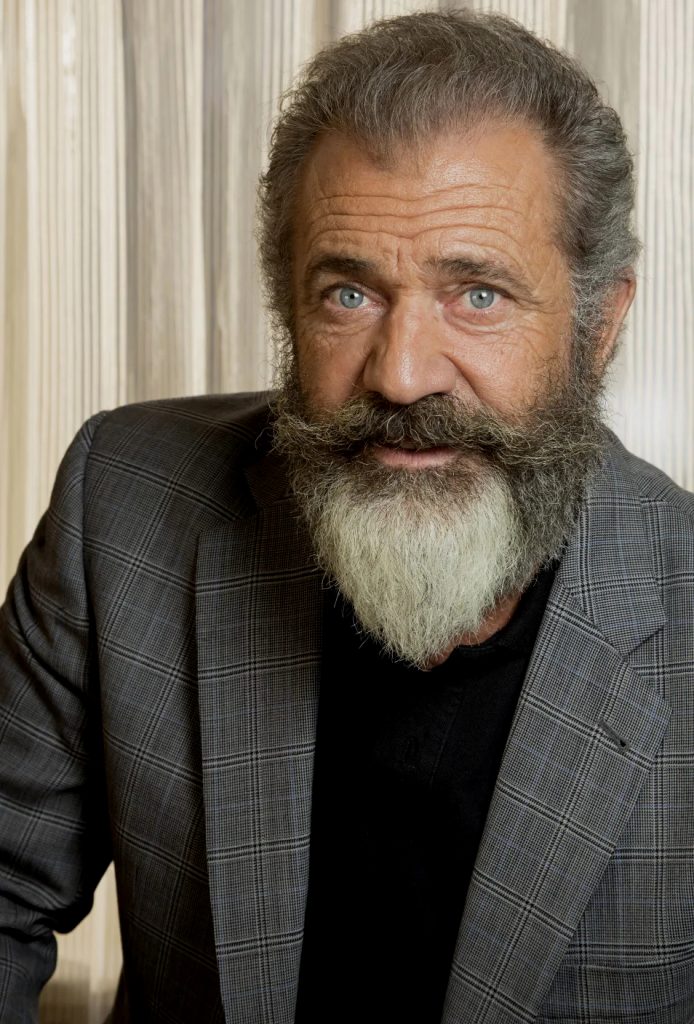 Did You Know?… One of the film’s extras who was very tired after hours of acting mistook one of Mel Gibson’s children for an errand boy. He asked to go fetch a cup of tea for him. Unfortunately, Gibson was within earshot and heard those commanding words. Surprisingly, he nodded and whispered to his son, “Go get it!!”

Did You Know?… Mel Gibson accidentally hung himself for a moment during his death scene. This made the cameras to blacked out, and that scene had to be cut down by the crew. 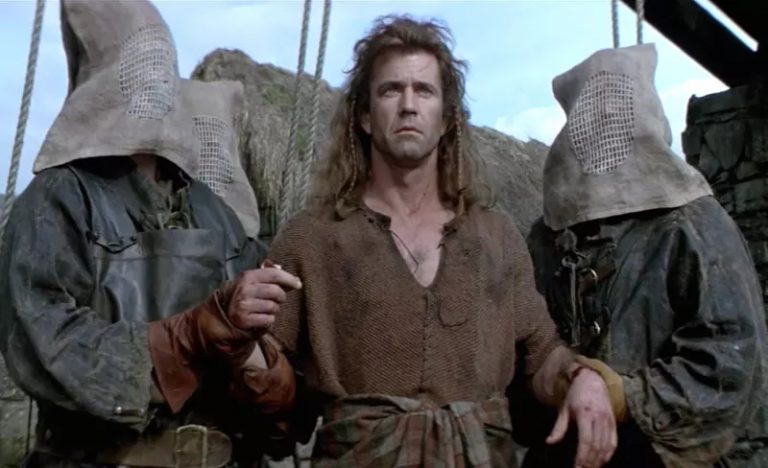 Did You Know?… Extras for the movie earned just $300 per week and regularly worked 14-hour days. These extras many of which were unprofessional kept forgetting to remove their sunglasses and wristwatches. This made the battle to be re-shot several times.

FACT CHECK: Thanks for reading our Mel Gibson Childhood Story plus untold biography facts. At ChildhoodBiography, we strive for accuracy and fairness. If you see something that doesn’t look right in this article, please place your comment or contact us!