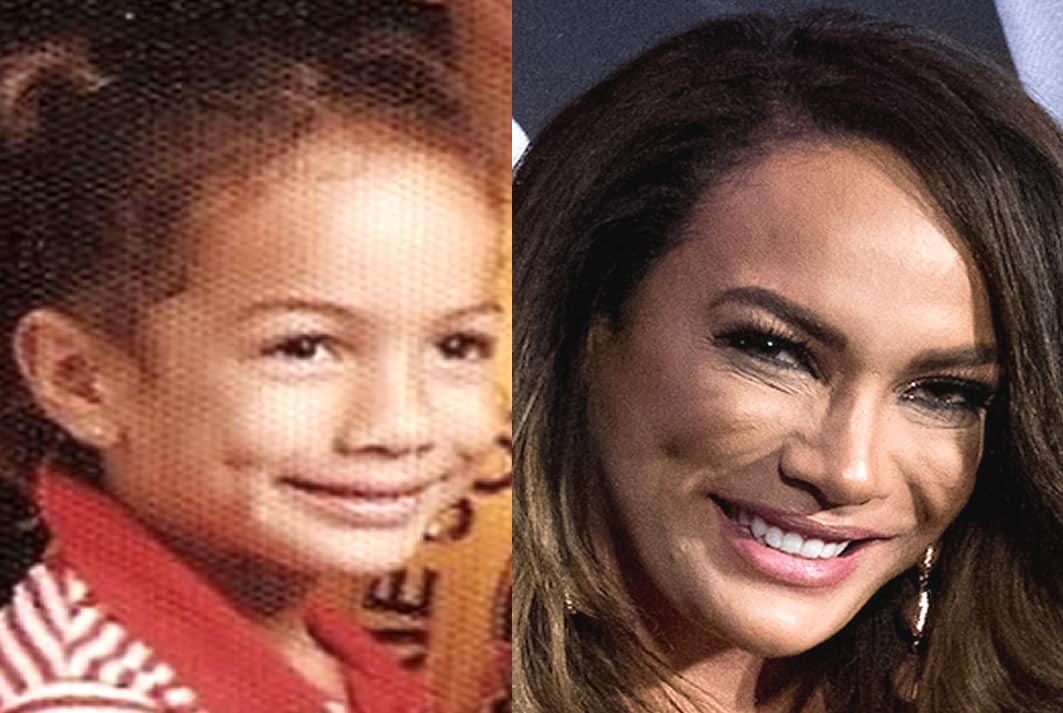 Childhood Biography presents the Full Story of an American professional wrestler known with the real name “Savelina Fanene” and the nickname “FaceBreaker”.

Our Nia Jax Childhood Story plus Untold Biography Facts brings you a full account of notable events from her childhood time to date.

The analysis of the powerful WWE Star involves her early life, life story before fame, family background and personal life.

More so, other OFF and ON-Screen little-known facts about her. Yes, everyone knows she is one of the WWE’s most dominating women’s superstars. However, only a few consider Nia Jax’s Biography, which is quite interesting. Now, without further ado, let’s begin.

For Biography starters, Nia Jax was born on the 29th day of May 1984 in Sydney in Australia. She was born to her mother, Renate Fanene, and to her father, Joseph Fanene.

The American national of mixed ethnicity with German and Samoan roots was raised at different places, including New Zealand, Honolulu in Hawaii, as well as San Diego in California.

Growing up in the aforementioned places alongside her brothers, Jax had an upbringing that was quite different from how most girls were raised as she was trained by her father to be an aggressive and fearless girl who played competitive sports with boys.

The measure would years later, help Jax form her ruthless persona after she completed her education and made a life-changing career decision.

Jax’s educational background includes her studies at Carlsbad High School and her progress to Palomar College in San Marcos, California.

While at the respective institutions, Jax was an impressive athlete who seemingly had a hand in every sport, including judo, kickboxing, karate, and basketball.

However, it was Jax’s basketball prowess that made her stand out as a prominent college student and captain who led her team to the Pacific Coast Conference Championship in 2002 before graduating with a Bachelor’s Degree in Business.

Upon graduation, Jax was briefly held at the crossroads of career choice, a period during which she accepted a plus-size modelling gig offered to her by a judge when she attended an event in California.

She thereafter began bodybuilding and was inspired to consider a career in wrestling after she watched her cousin, The Rock and John Cena fight during an event tagged “Once in a Lifetime Match” at WrestleMania XXVIII.

However, Jax was faced with the issue of body insecurities as she believed that women who fare well in WWE are divas with streamlined bodies.

“I considered wrestling at a young age but I never could relate to any of the Divas. I have always been a bigger girl, and I did not think that WWE would want a girl my size, so I never expressed my dream to wrestle.”

Jax’s fears were later allayed by her aunt, Ata Maivia-Johnson (The Rock’s mother) who encouraged her to follow her dreams regardless of what she felt.

Emboldened with motivating words from her aunt, Jax got signed to WWE and was transferred to its NXT development category.

First known with the stage name Zada, Jax made her ring debut on the 7th of May 2015 as a teammate with Devin Taylor. The duo, however, lost the match to Bayley and Carmella.

Subsequent early ring endeavours saw Jax change her stage name to “Nia Jax” after which she began recording streaks of victory beginning with her first solo match against Evie.

At the peak of her early career at NXT Jax won a triple threat match over Carmella and Alexa Bliss to stand as the number one contender to Asuka in the NXT Women’s Championship. She, however, lost to Ashuka and was drafted to RAW.

While at RAW Jax kicked off her campaign with winning streaks after making her debut against Britt Baker in July 2015.

She debuted in Wrestlemania Months later in April 2016 but was not close to achieving fame until the year 2018 when she defeated her former best friend Alexa Bliss to clinch her first title as Raw Women’s Champion.

Who is Nia Jax’s Husband?

Nia is yet to get married after having just one notable dating history with former NXT Superstar Josh Woods.

The former lovebirds met at the time Jax wrestled at NXT development territory. They dated between 2014-2016 before settling for an amicable separation.

Jax has remained single ever since and is seemingly focused on furthering her career.

Jax was born into a family of five. We bring you factual details about members of her family.

Joseph Fanene is the loving and supportive father of the wrestler.

He is notable for utilizing the engaging power of sports to keep Jax and her brothers out of trouble as well as to stimulate healthy competition among them.

Renate Fanene is a caring mother who worked multiple jobs to ensure that her children always had all that they wanted. She loves Jax and shares a close bond with her.

Jax has two handsome brothers whom little is known about other than the fact that they grew up with Jax and at some point, played American football.

Jax is a member of the famous Anoa’i family from her fathers’ side and is therefore related to other members of the largest pro wrestling family, including The Rock (Dwayne Johnson) and Roman Reigns.

Jax’s career in wrestling almost ended as soon as it began in 2014. It happened after she and her aunt Ata Maivia-Johnson had an accident.

(The Rock’s mother) were involved in a head-to-head collision with another vehicle driven by a drunk driver. Fortunately, neither Jax nor her aunt Ata sustained grave injuries.

Personal Life away from Wrestling:

Jax is a determined and strong woman whose unique personality separates her from anyone else.

Similarly, the plus-size wrestler has over the years served as an inspiring example. An example that people can achieve their dreams regardless of height, looks, race and weight. 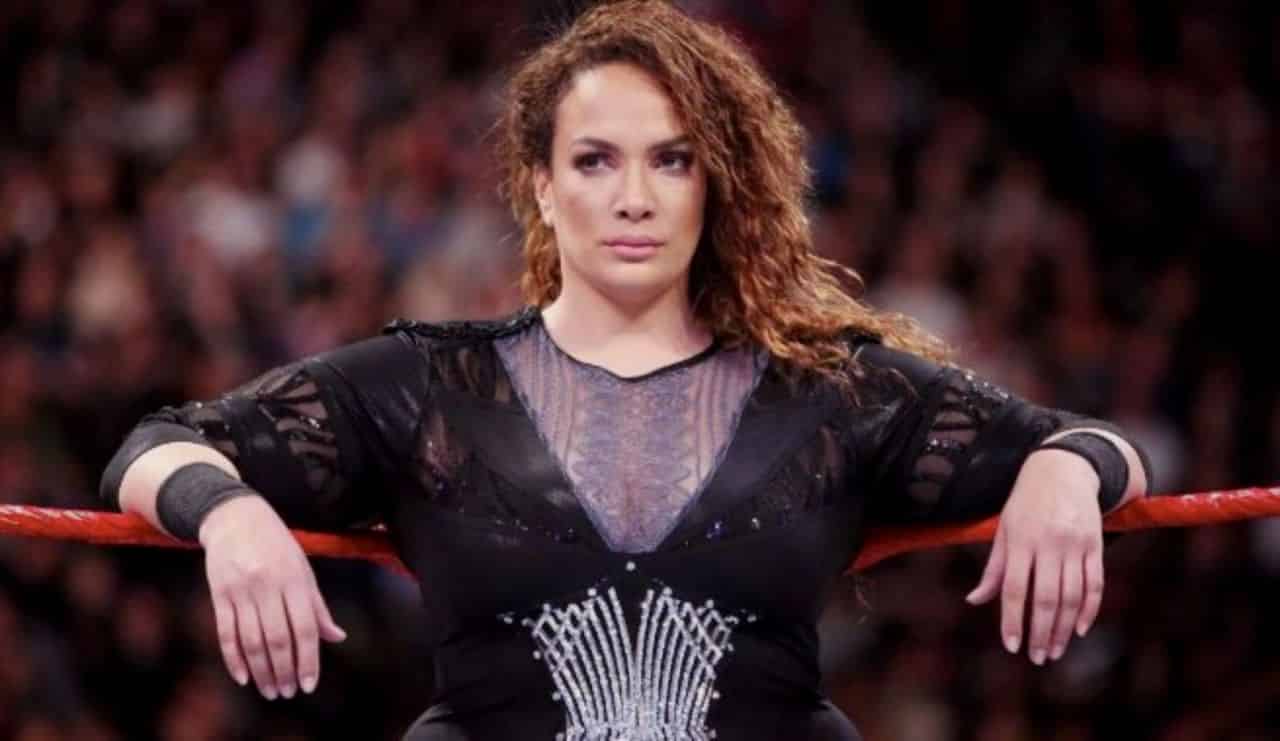 She, therefore, represents women around the world. Women who look up to her achievements.

Whenever they develop feelings of not fitting into the “traditional mould” of what girls in the entertainment industry look like.