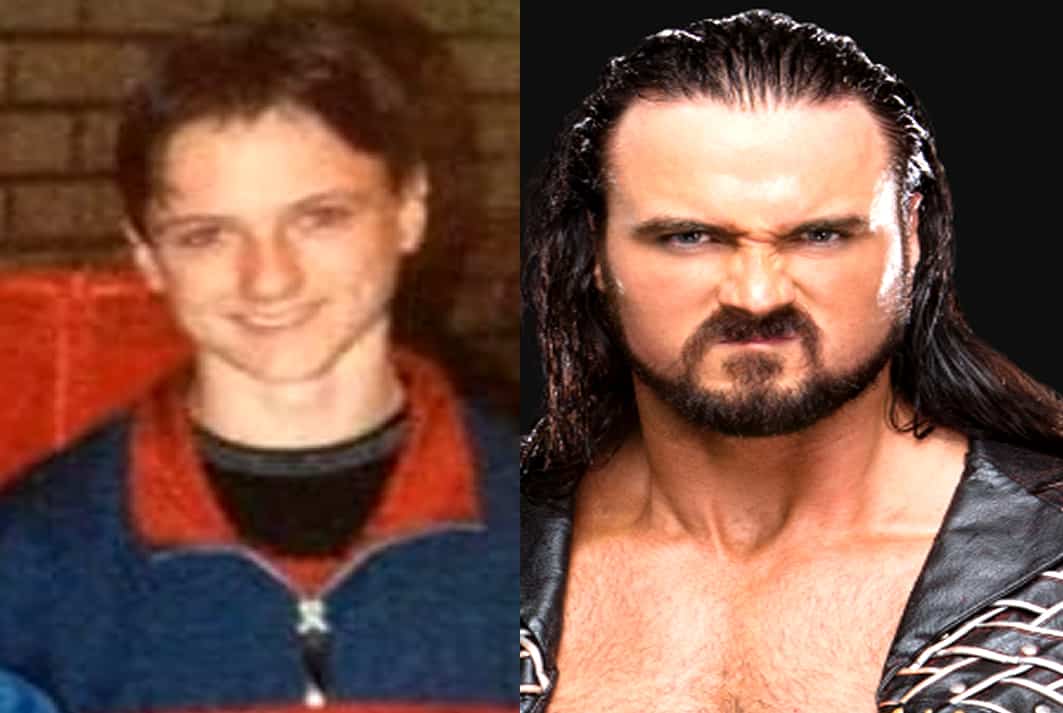 More so, other notable events right from when he was a child to when he became popular. To whet your autobiography on how engaging Drew McIntyre’s Bio would be, we present you a gallery of his Early life and Rise. Yes, the WWE Star has come a long way in life.

Yes, everyone knows he is a hugely popular character in the WWE. However, only a few consider Drew McIntyre’s biography, which is quite interesting. Now, without further ado, let’s begin.

For Biography starters, Andrew McLean Galloway IV was born on the 6th day of June 1985 at the city of Ayrshire in Scotland.

The WWE star was born to his mother, Late Angela Anne Galloway, and to his father, Andrew Galloway Sr. Below is a photo of Drew McIntyre’s parents who are probably in their early 50s and 60s.

Did you know that the Scottish national who possesses European family origins was raised in a middle-class family background at Prestwick in Ayrshire where he grew up alongside siblings that are yet to be known at the time of writing this biography?

Growing up in the town of Prestwick in Ayrshire, young McIntyre was an inquisitive kid who was not very much fascinated about wrestling. Neither did he have childhood idols in the sport.

Young McIntyre was rather interested in reading and playing soccer, a sport he was much invested in at Prestwick Academy, where he played in the school’s club as a defender.

McIntyre even considered taking up soccer as a professional career! It wasn’t until the then young boy became a teenager that his interests gradually drifted towards wrestling.

A 15-year-old McIntyre eventually made the decision to begin a professional career buildup in the sport and he got the blessings of his parents, who admonished him to blend his newfound passion with academic education.

It is evident that McIntyre heeded his parents’ advice as evident in the manner in which he graduated from high school and went on to earn a master’s degree in criminology from Glasgow Caledonian University.

McIntyre’s training in wrestling began in 2001 at the Frontier Wrestling Alliance’s Academy.

While at the academy, the wrestling prodigy was trained by Frontier Wrestling Alliance’s promotion operators alongside a number of the promotions established wrestlers.

Two years later, a fairly trained McIntyre made his debut for the inaugural show of British Championship Wrestling (BCW) in January 2003 and went on to undergo more training.

When the time was right, McIntyre – with the stage name “Thee” – had his first match in a losing effort against Stu Natt in February’s No Blood, No Sympathy: Night 1.

It suffices to note that McIntyre had a chequered career of wins and losses at British Championship Wrestling (BCW). However, the case was a bit different at the independent circuit where McIntyre won his first title at the IWW International Heavyweight Championship.

Not one to give up, McIntyre spent the next three years establishing himself at promotions that include the Insane Championship Wrestling (ICW), Evolve, Total Nonstop Action Wrestling, Pro Wrestling Guerrilla and even the independent circuit.

Upon rejoining WWE in 2017, McIntyre won the developmental brand – NXT Championship in August that year. It wasn’t long before he moved to WWE main roster in 2018 and slowly became a fan’s favourite on Raw between 2018 and 2019.

His major breakthrough eventually came in early 2020, when he won the Royal Rumble by eliminating WWE champion Brock Lesnar. The rest, as they say, is history.

There are only a few fans of McIntyre who know that he has been married twice. We bring you facts about his love life.

To start with, McIntyre was romantically involved with female wrestler Taryn Terrell. Theirs was a head-over-heels kind of love such that Terrell recorded a fast rise from being McIntyre girlfriend to finance in 2009 and eventually wife in 2010.

Sadly they divorced in 2011 with McIntyre focussing on his career in the next four years before he met his next girlfriend turned wife – Kaitlyn Frohnapfel. Kaitlyn is a former college athlete and fitness trainer.

McIntyre met her in 2016 and went on to engage as well as tie a knot with her that same year. The couples have no son(s) or daughter(s) at the time of writing, neither did their past relationships give rise to the birth of children.

There is not much known about Drew McIntyre’s dad Andrew Galloway Sr. However, his mom Angela Anne Galloway is a woman who he credits for being a superhero.

According to the wrestler, Anne raised him well despite battling cancer and Cerebellar Ataxia. Until her death in 2019, Anne shared a close bond with her children whom she never ceased to support.

Moving from Drew McIntyre’s parents, there is not much known about his siblings neither are there records of his family roots and origins as it relates to his paternal and maternal grandparents.

The wrestler has little-known uncles and aunts while his cousins, nephews, and nieces are yet to be identified at the time of writing.

Away from his in-ring endeavours, Drew McIntyre has a huge persona that is defined by Gemini Zodiac traits. He is energetic, adept at communication, nice, resilient, and rarely reveals facts about his private and personal life.

When the wrestler is not at the gym or in the ring, he engages in a few activities. Those that have become known as his interests and hobbies.

They include travelling, playing & watching live soccer games, listening to music, reading, watching movies, and spending a good time with his family and friends.

Yes, Drew McIntyre is into wrestling as a means of self-expression. Nonetheless, he earns a great deal in salary and wages. Especially from his wrestling endeavours. And he is considered as one of WWE’s well-paid wrestlers.

He has an estimated net worth of over $5 million, which puts the luxuries of life just within his reach.

Although the true value of McIntyre’s house and cars are under review. The WWE star has no problems with flying in chattered helicopters. He does that with his wife, Kaitlyn Frohnapfel.

Wrapping up our Drew McIntyre childhood story and biography, here are more truths.

Tattoos: McIntyre is different from other WWE stars like Roman Reigns, Dave Bautista,  Randy Orton, and The Undertaker because he is not big on tattoos.

In fact, the wrestler – with a height of 6 feet, 5 inches – has nobody arts. And he might probably not get any in the long run. 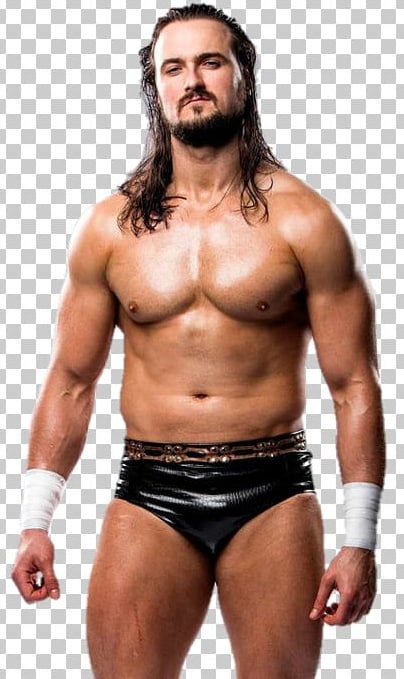 McIntyre does not smoke; neither does he give to drinking at the time of writing. He is rather focused on maintaining a healthy lifestyle. As he set his eyes on clinching more major titles in WWE.

Do you know that McIntyre is big on pets, specifically cats? They sit in the same chair with him in his living room, and all travel in the same car. He frequently gets them featured on his Instagram page.

Not much is known about Drew McIntyre’s religion at the time of writing. However, the odds are in favour of him being a believer. This is because he once admitted that he was a bit religious.

Thanks for reading our Drew McIntyre Childhood Story, plus untold biography facts. In childhood biography, we strive for accuracy and fairness in our WWE Superstars’ stories.