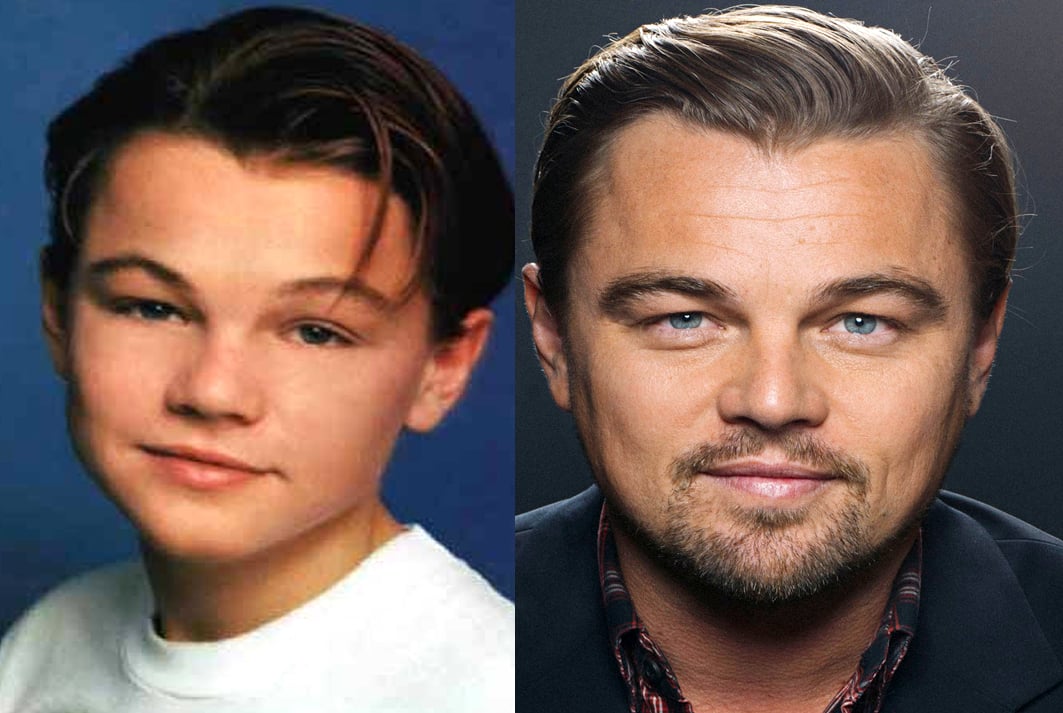 Childhood Biography presents the Full Story of a celebrity actor. He is best known by the nickname “Lenny D”.

Our Leonardo DiCaprio Childhood Story plus Untold Biography Facts brings you a lot. We bring you a full account of notable events from his childhood time to date.

The analysis involves his life story before fame and his family background. More so, many OFF and ON-Screen little-known facts about him.

Yes, everyone knows of his Titanic good looks. And the fact that he has exceptional acting skills – just like Alvaro Morte, Vin Diesel and Chris Hemsworth. However, only a few consider Leonardo DiCaprio’s Biography, which is quite interesting. Now, without further ado, let’s begin.

For Biography starters, Leonardo Wilhelm DiCaprio was born on the 11th day of November 1974. His birthplace is Los Angeles in California, United States. Did you know?… there was this thing so cool about his smile when DiCaprio was a baby.

DiCaprio was the only child born of the union between his mother, Irmelin DiCaprio. His Mother was once a staff at the Uffizi Gallery in Florence. Leonardo DiCaprio was born to his father, George Dicaprio. His Dad is a comic book artist and distributor.

Did you know?… Leonardo has Italian/German Paternal roots. As well as Russian maternal roots, was no alien to the arts before his birth.

He first showed his appreciation for it when his mother felt him kick inside her womb. It happened while she was looking at one of Leonardo Da Vinci’s paintings in Italy.

“My dad, being the man that picks up on cosmic messages, said that ‘His name must be Leonardo”

Young Leonardo grew up with his mother in various neighbourhoods of Los Angeles. This was a time after his parents’ divorce when he was still a toddler. 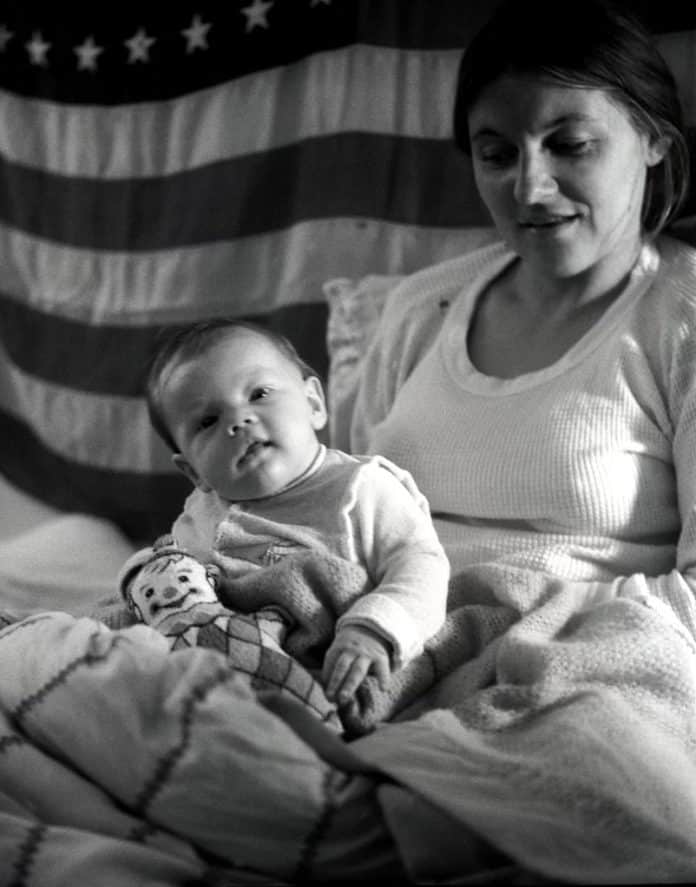 He, however, maintained a close relationship with both parents. Persons who contributed their bit to his upbringing. And also, supported his career buildup in acting.

Growing up in Los Angeles, Leonardo loved making jokes with his parents. As well as imitating different people.

These lively and creative traits were hallmarks of his personality. A personality he showed during his school days. Leonardo DiCaprio attended Seeds Elementary School (now UCLA Lab School). 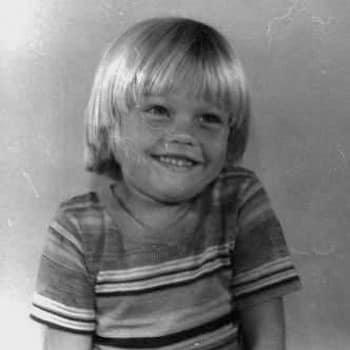 Resultantly, he got his first performance on a children’s television show. That show is Romper Room. Leo was in it when he was aged 5. Unfortunately, he was dropped from the set owing to his disruptive tendencies. 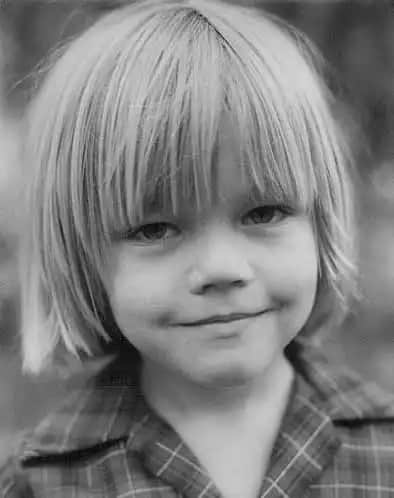 It was only a matter of years before Leonardo, at the age of 14, bounced back on Television to begin his acting career. He made appearances in commercials and TV series of which ‘The New Lassie’ was one among many.

Leonardo’s teenage years also saw him progress to Los Angeles Centre for Enriched Studies where he studied for four years before getting enrolled in John Marshall High school. 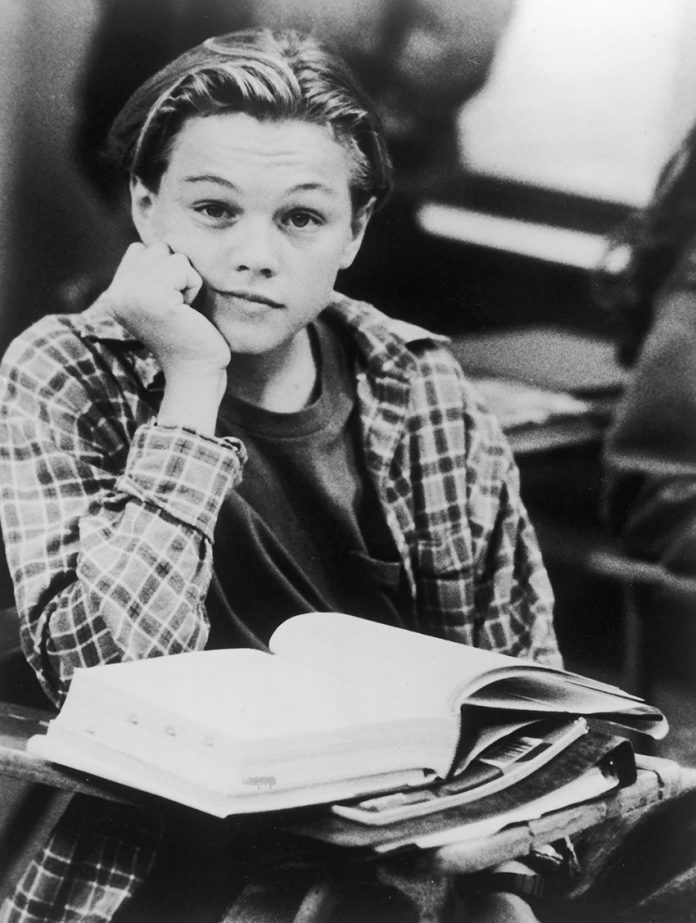 It was at John Marshall High school that Leonardo studied for three years before dropping out. Consequently, he ended up attaining only a General equivalency diploma (GED). 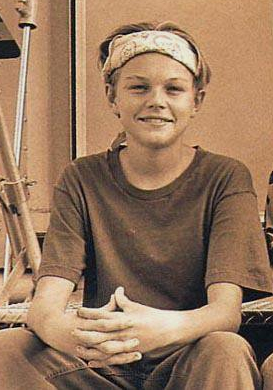 Leonardo would later consider his decision to drop out as worthwhile when he recorded his first success in the television series Parenthood.

Before the breakthrough, he was a mere character in ‘the outsiders’ (series) as well as the soap opera ‘Santa Barbara’. 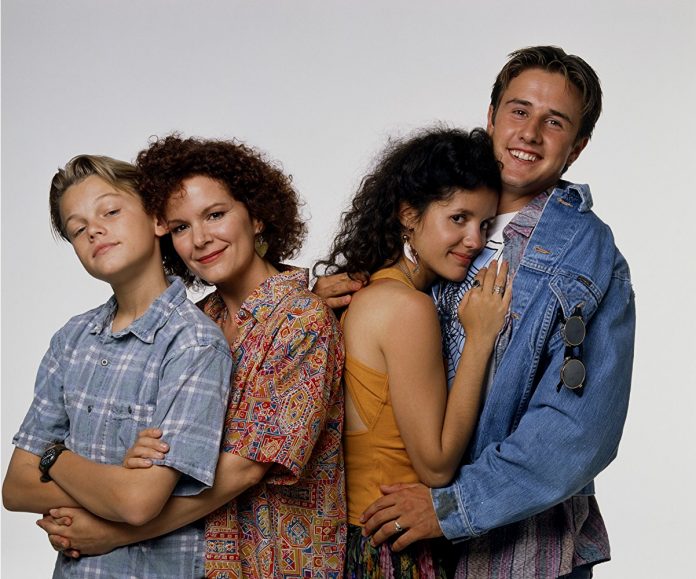 Leonardo’s career went nowhere but up with subsequent appearances in the family comedy ‘Growing Pains’ after which he made his debut in the horror movie ‘Critters 3’. 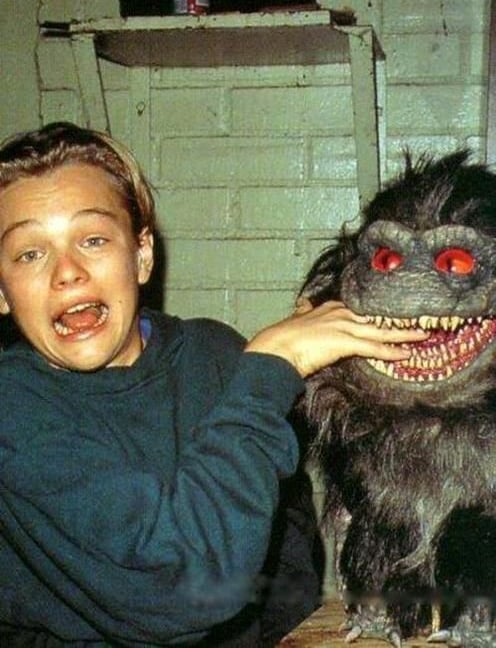 In 1993, Leonardo’s buildup for worldwide fame gathered momentum with ‘This Boy’s Life’ among other movies that year as well as his few appearances in 1995 and 1996. 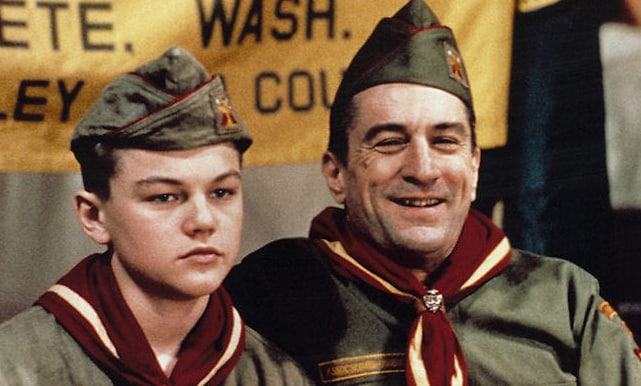 Fame finally came calling in 1997 when Leonardo starred in James Cameron’s Titanic (1997) as twenty-year-old Jack Dawson, a penniless Wisconsin man who wins two tickets for the third-class on the ill-fated RMS Titanic. 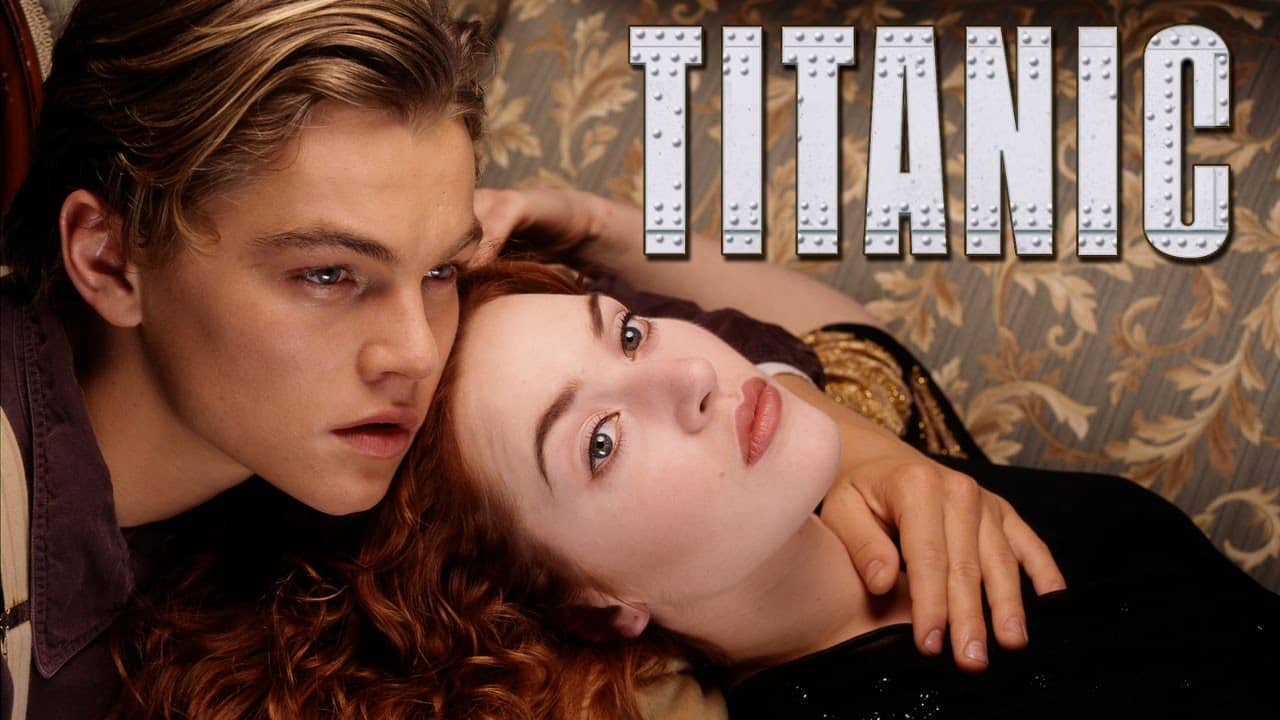 The movie which proved Leonardo’s ability to handle lead roles in Hollywood, crossed a budget of $200 million to become one of the most expensive and successful movies. The rest, as they say, is history.

It is unarguably true that one of the hallmarks of successful actors in Hollywood is a long list of dating history.

However, the list does not seem to end anytime soon for Leonardo who has in the past twenty years, dated models who are less than the age of 25. 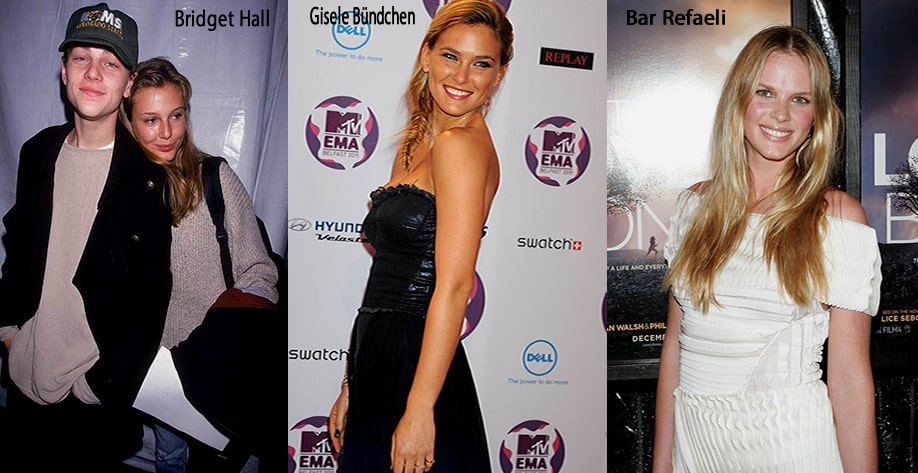 Others include his first brunette girlfriend Lorena Rae (2017), his recent girlfriend who is a New Zealand youngster, Juliette Perkins (October 2007) as well as his current 21-year-old Argentinian girlfriend Camilla Morrone.

Leonardo was the only child born of the union between his mother Irmelin DiCaprio and father George Dicaprio. We bring you factual details about his relationship life.

Leonardo father, George Dicaprio is an editor, writer, performance artist as well as distributor of comics.

It was George who stimulated Leonard’s sense of creativity by taking him to see movies as well as motivated him to be the best that he can be – a fact he once recalled in the following manner:

“When I was 14 years old, after doing many television commercials, including Matchbox cars and Bubble Yum, I was watching a Robert De Niro movie with my father, when he pointed to the screen and said to me, “Son, watch closely because this is what great acting looks like.”

A few years later I found myself on a sound stage playing opposite Robert De Niro [in This Boy’s Life], watching him and learning from him”.

George, half German and half Italian, met and fell in love with Leonard’s mother while she was a college student. Their relationship didn’t work out hence, the separation when Leonardo was only a year old.

Leonard’s mother, Irmelin Indenbirken worked at the Uffizi gallery in Florence at the time she bore Leonardo in her womb. Irmelin had the closest relationship with her son who she worked tirelessly to provide for. 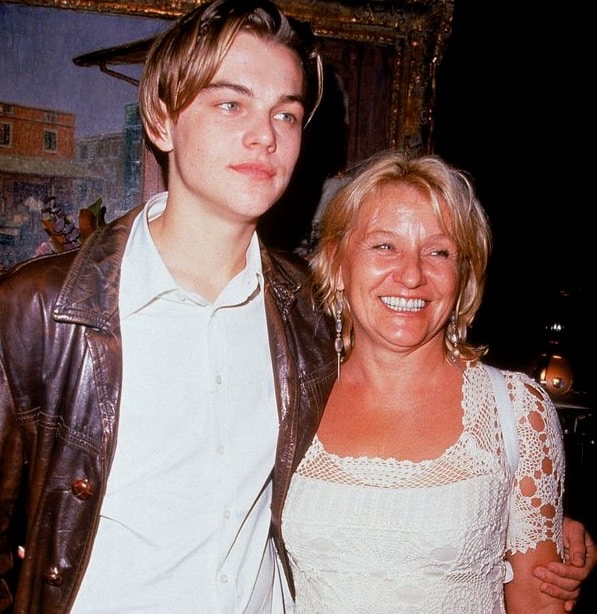 Irmelin’s zeal to secure the interest of Leonardo has seen her become an overprotective mother who fends off unnecessary paparazzi from the celebrity Actor. Leonardo also calls her mamarazzi due to her penchant for taking his photos by herself. 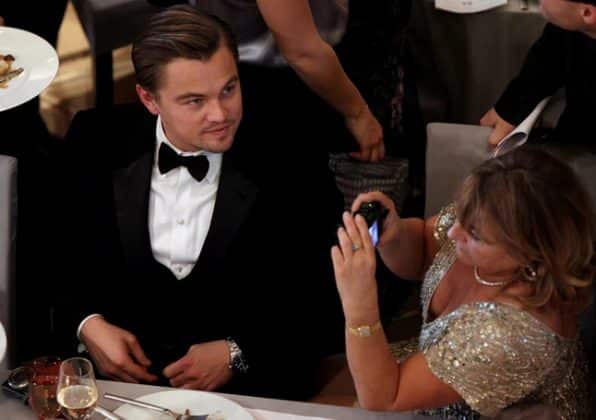 DiCaprio has a half-brother called Adam Farrar. Adam was born to George Decaprior by Peggy Farrar – the woman he married after his separation from Irmelin. 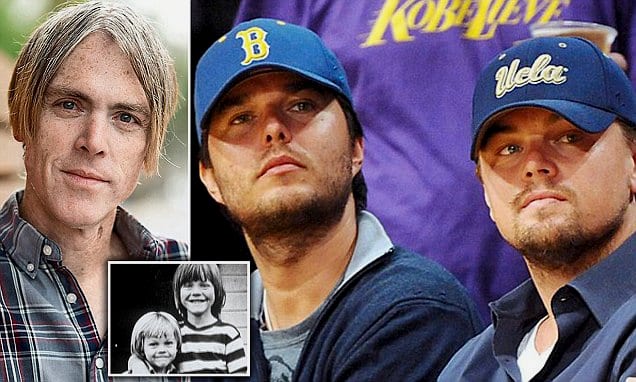 Adam, like Leonardo, started out an acting career but lost purpose when he was caught up in drug addiction.

Consequently, he had a few run-ins with the law and lost touch with Leonardo who surrounded himself with good influence.

“I was arrested five or six times for petty theft, shoplifting from supermarkets, trying to support an opiate addiction of half a gram to a gram a day”.

“Leo and I never had an argument. But he started surrounding himself with people that didn’t want me around. He’s the biggest star in the world and there’s me, messed up on drugs. I was slowly shut out of his world.”

Leonardo good looks were almost ruined in 2005 when a woman, Aretha Wilson slashed his face with a broken glass during a Hollywood party. 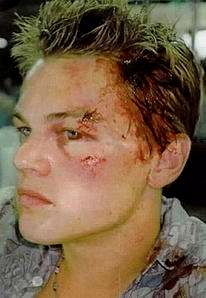 Aretha who is an ex-model claims she launched the attack because Leonardo looked like an ex-boyfriend who had been saying uncharitable things about her. 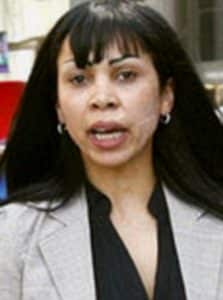 She, however, entered a plea bargain in 2010 which saw the 7 years imprisonment that she was supposed to serve reduced to two years. 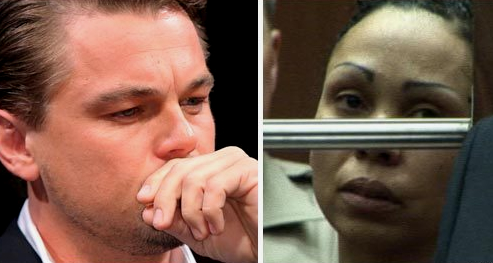 Fortunate for Aretha who was jailed in 2014, Leonardo has not made any comment about her, neither has he pressed charges, a development which proves that he holds no grudge about her and has since moved on.

Leonardo is a Goal-oriented celebrity who does not only delight in enjoying the rewards of hard work but helps put a smile on the faces of the vulnerable. More so, he is meek of heart and forgiving. 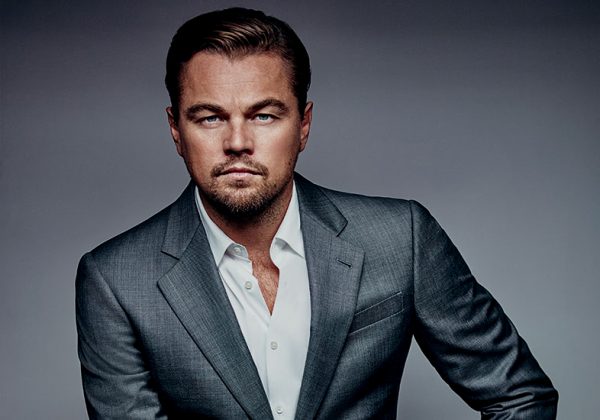 Although he’s an agnostic, Leonardo considers the environment as a sacred existence that needs to maintain the fullness of its original beauty. According to him:

“Clean air, water, and a livable climate are inalienable human rights. And solving this crisis is not a question of politics, it is a question of our own survival.”

Leonardo is not just about movies as he has investments in a number of tech-based and Agro companies.

Leonardo has over time proven that his heart is as rich as his looks through charitable works that are evident in his donation of $35,000 for the building of “Leonardo Dicaprio Computer Centre at the Los Feliz branch of the Los Angeles Public Library. 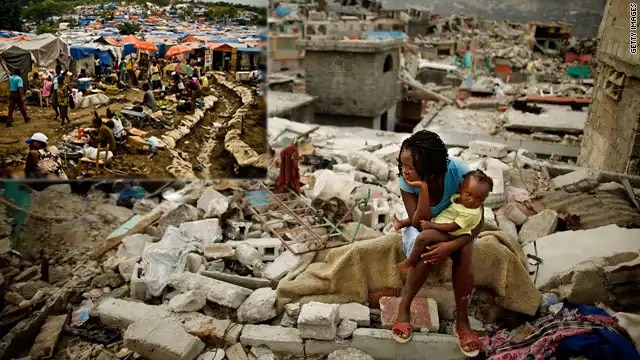 Added to his humanitarian endeavours was working with 24 orphaned children from the SOS Children’s Village in Maputo, Mozambique, during the filming of Blood Diamonds.

Leonardo was said to be extremely touched by his interactions with the children and decided to see to the upbringing of a little girl with whom he had a close connection. 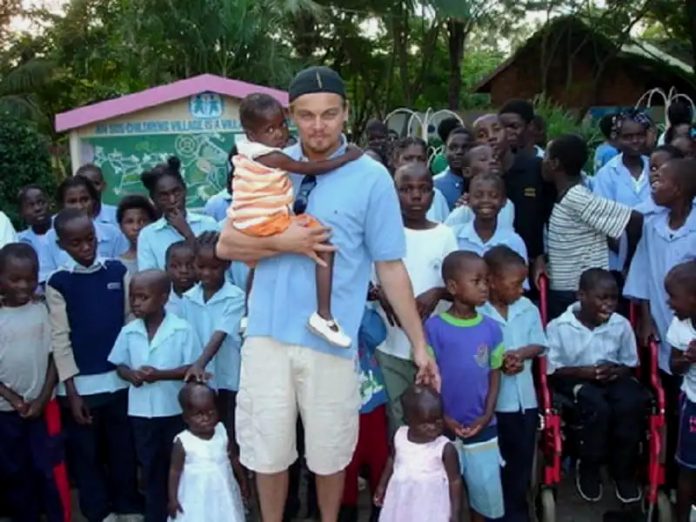 DiCaprio’s haircut in Titanic was so popular among Afghan youths that it was banned by the Taliban. 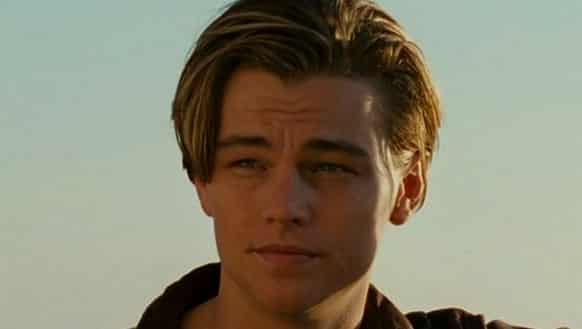 Leonardo DiCaprio bought an island in Belize 10 years ago and built the world’s first eco-restorative resort that restores the island’s over-fished waters, coastline, and forest. 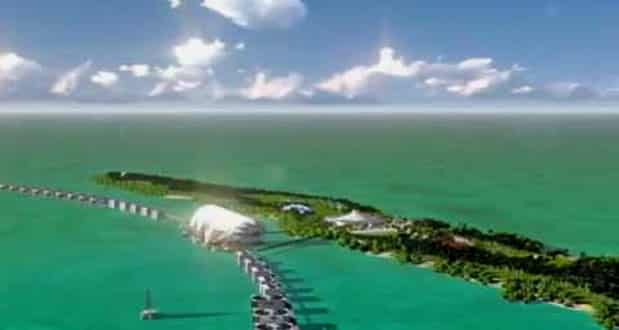 DiCaprio has never done drugs and had to get taught how to play being high by drug experts. 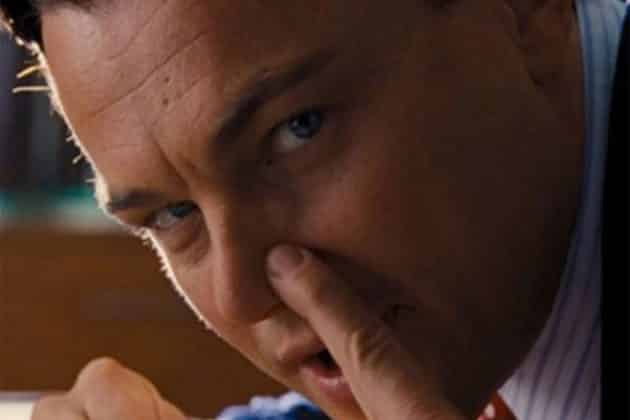 At ChildhoodBiography, we strive for accuracy and fairness in our job of delivering you the Childhood Biography stories of Famous Actors. Surely, the stories of Sylvester Stallone, Al Pacino, and Kit Harington might interest you.