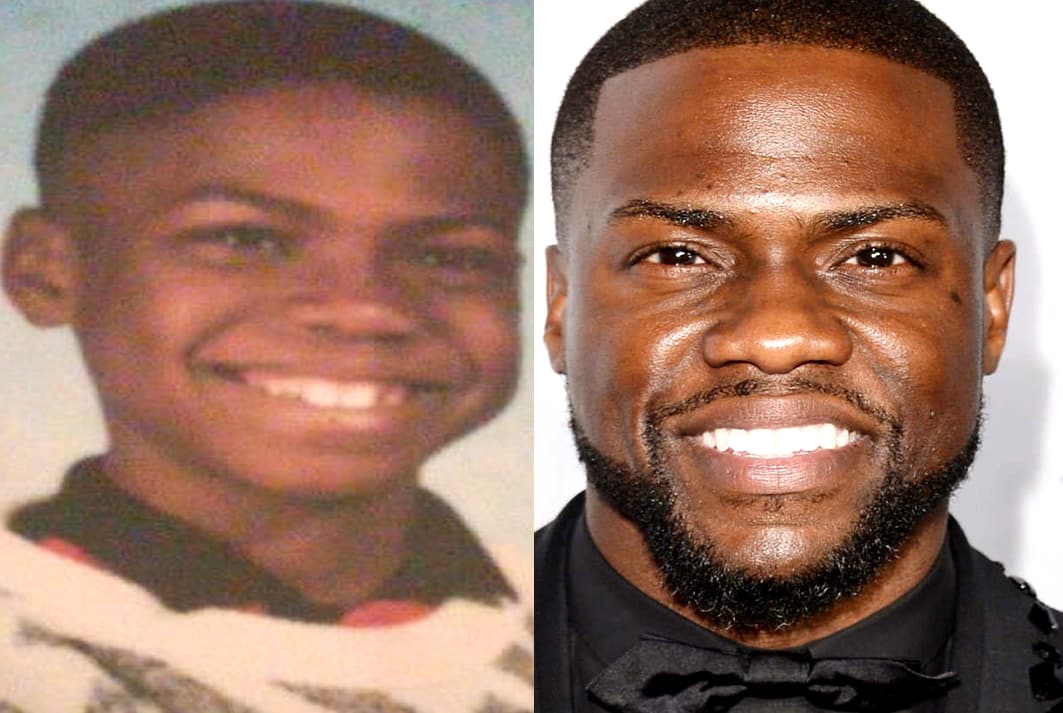 Childhood Biography presents the Full Story of an American comedian and actor with the nickname “Chocolate Droppa“.

Our version of Kevin Hart’s Biography and Childhood Story brings you a complete account of notable events from his childhood time to date.

Yes, everyone knows how well he incorporates comedy in acting. However, not many fans have read Kevin Hart’s biography, which is quite interesting. Now, without further ado, let’s begin.

Starting off, Kevin Darnell Hart was born on the 6th day of July 1979 at Philadelphia in Pennsylvania, U.S.A.

Kevin Hart was the second of two children born to his mother, Nancy Hart, and to his father, Henry Witherspoon. Behold his parents – the persons that mean the world to him.

The American national of Black ethnicity with African-American roots hail from a middle-class family background and was raised at his hometown in Philadelphia, where he grew up alongside his older brother, Robert Hart.

Growing up in Philadelphia, young Kevin had a troubled childhood that was a reflection of his family life.

His father was a cocaine addict whose drug habit had devastating consequences on the family. Thus, Kevin turned to humour and comedy as a means of coping with troubles within his family.

Kevin’s educational background comprises his studies at George Washington High School. While at the school, Kevin no longer considered humour and comedy as an escape but a worthwhile activity.

Upon graduation from high school, Kevin progressed to Community College of Philadelphia, where he studied briefly.

He went on to work as a shoe salesman in Brockton, Massachusetts, before making up his mind to pursue a career in comedy.

The recorded history of Kevin’s early career endeavours in comedy dates back to his amateur performances in clubs at Philadelphia. He thereafter had his first gig at Laff House in Philadelphia under the name “Lil Kev”.

However, Kevin’s career didn’t record promising progress. He was often booed on stage and once had a piece of chicken thrown at him.

Undaunted, Kevin found a mentor in a veteran comedian, Keith Robinson who taught him the ropes of the profession.

Moving on, Kevin started to record success with comedy. The last challenge which he had to overcome was finding a unique style. He solved this by relating his life experiences and insecurities in humorous manners.

Moreso, the comedy tours which he embarked on between 2009 – 2013 had elements of his life experiences in their titles. The tours include ‘I’m a Grown Little Man,’ ‘Seriously Funny,’ ‘Laugh at My Pain’ and ‘Let Me Explain’.

Although Kevin started out with comedy, it was his acting endeavors that brought him to prominence.

He began his acting career in 2002 with a role in the American sitcom ‘Undeclared’ as well as made his film debut that same year by starring in the comedy film ‘Paper Soldiers’.

Over the ensuing years, Kevin consolidated on his fast-rising comedic reputation with his performances in movies that include “Think Like a Man” (2012), “Grudge Match” (2013) and “Ride Along” (2014). The rest, as they say, is history.

About Kevin Hart’s Wife and Children:

Kevin Hart has been married twice as at the time of writing. We bring you facts about his dating history, failed marriage, and current relationship life.

To begin with, the actor is not known to have had girlfriends before he met his first wife and actress, Torrei Hart. The lovebirds dated for months before getting married on the 22nd of May, 2003.

Moving on, Kevin began dating his second wife, Eniko Parrish, whom he got married to on the 13th of August 2016.

One year later, their union was blessed with a son, Kenzo Kash Hart born on the 21st of November 2017. The couples are still happily married as at the time of writing and look forward to having more kids. 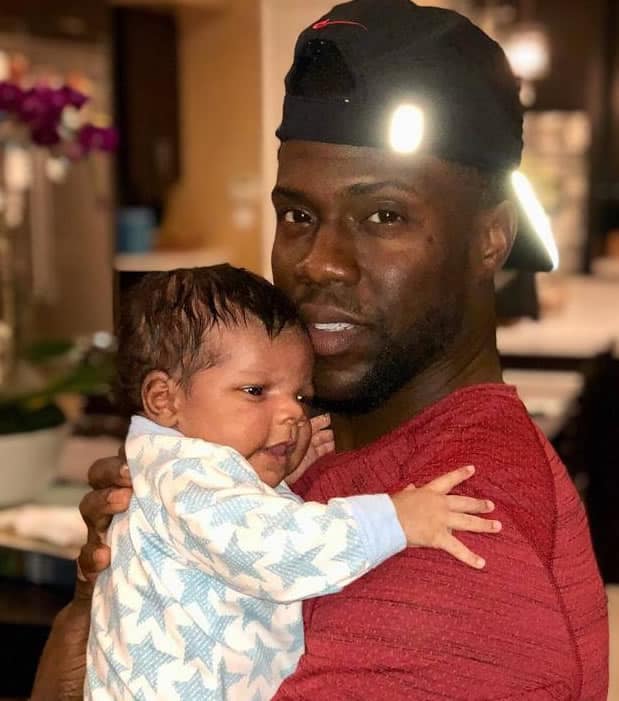 Kevin Hart was born into a family of 4. We bring you facts about members of his immediate and extended family.

Henry Witherspoon is Kevin’s dad. He was a drug addict during Kevin’s early life.

As a result, Henry was not capable of being a good father at the time. However, Henry has recovered from his addiction and is in good terms with Kevin.

Nancy Hart is Kevin’s mom. She single-handedly raised Kevin and his brother Robert during the years which her husband drug problem saw him check in and out of Jail.

The ever-supportive mom helped shaped Kevin’s childhood story by supporting his interests in comedy and even helped provide the initial financial support which Kevin needed to successfully start off his career in comedy.

She lived long enough to see Kevin record promising progress before dying of cancer on the 12th of May 2007.

Kevin has no sister(s) but an older brother called Robert. He grew up with Kevin and helped to facilitate the processes for committing their father to rehab. Both siblings love their parents and have been supportive of each other.

Away from Kevin’s immediate family, little is known about his paternal grandparents as well as his maternal grandfather and grandmother.

In the same light, he has uncles, aunts and cousins who are yet to establish an online presence with him. Same goes across the board for his nieces and nephews.

What makes Kevin Hart tick? Sit back as we bring you the makings of his personality to help you have a complete picture of him.

To begin with, Kevin’s persona is a blend of cancer zodiac traits. He is emotionally intelligent, creative and resilient.

He is open to sharing matters concerning his personal and private life and wouldn’t baulk at making self-deprecating jokes about himself.

Kevin’s hobbies include playing poker, watching movies, reading books and hanging out with friends. He also has interests in music, basketball games and marathon races. 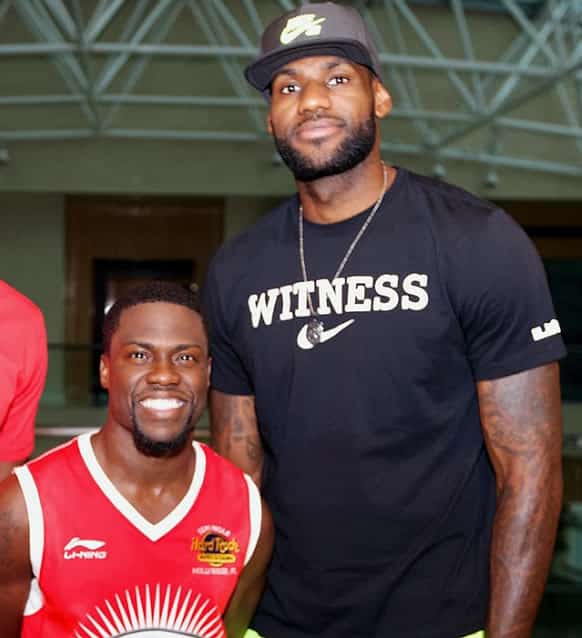 Kevin Hart has a net worth of over $120 million as at the time of writing. Analysis of his earning and spending patterns portrays him as one who lives a luxurious lifestyle within his means.

His residence in Los Angeles, CA area is worth $2 million, an amount which is far less than a fraction of Kevin’s worth.

Nonetheless, it has deluxe rooms and state of the art facilities. Regarding his cars collection, Kevin has been spotted cruising roads with sporty automobiles produced by brands like Ferrari, Mercedes and Ford. 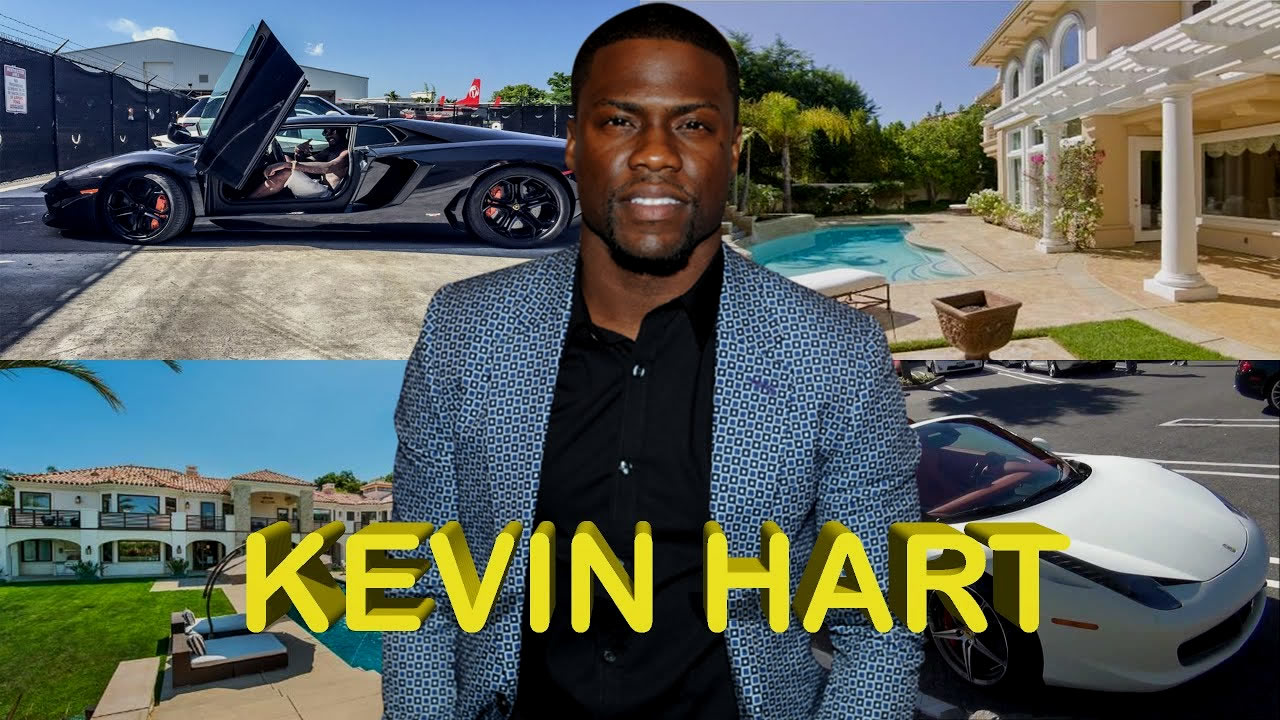 To wrap up our Kevin Hart childhood biography here are some untold or lesser-known facts that are rarely included in his bio.

FACT CHECK: Thanks for reading our Kevin Hart Childhood Story plus untold biography facts. At childhood biography, we strive for accuracy and fairness in our Biography stories on Popular Comedians.

Asides from Kevin Hart’s Bio, we have other related Comedian childhood biography stories for your reading pleasure. The Life History of Bill Cosby, Nick Cannon, and Rowan Atkinson will interest you.