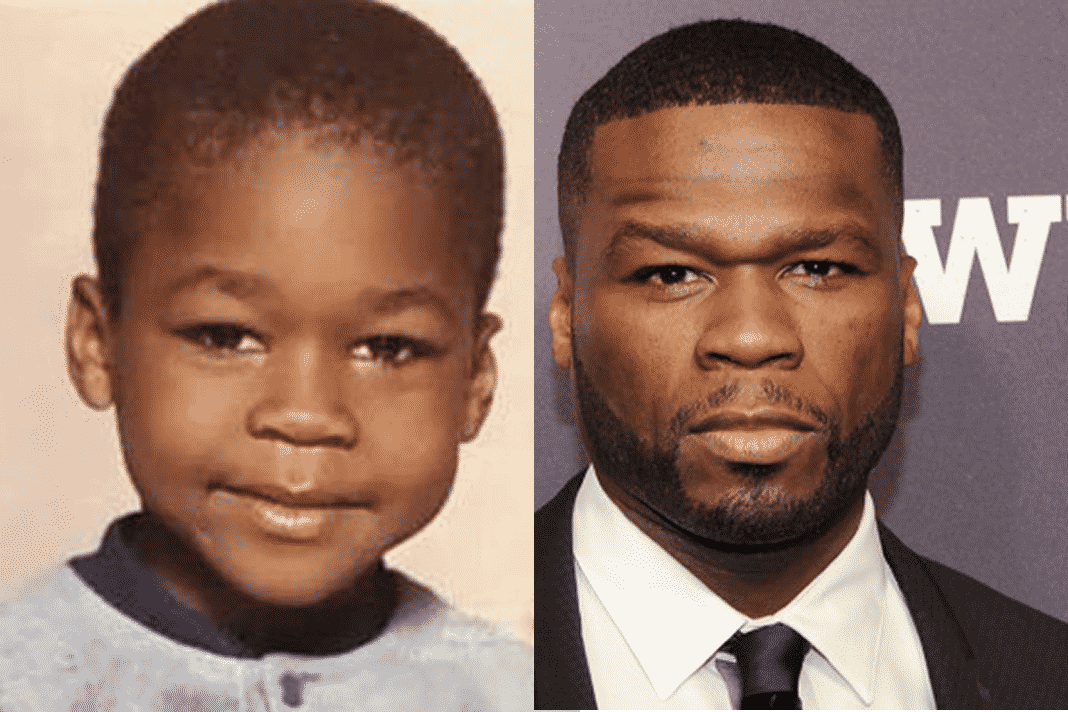 Our Biography of 50 Cent tells you Facts about his Childhood story, Early Life, Parents, Family, Wife, Children, Lifestyle, Net worth, and Personal life.

In the nutshell, this is a story of Curtis James Jackson III’s journey, from his boyhood days, to when he became famous.

As of 2020, you’ve probably seen him trending – like the time 50 Cent says ‘F–k Donald Trump’ one week after expressing support for the president.

Despite this, we think you know little of his Life Story. Now, without further ado, let’s begin.

For Biography starters, Curtis James Jackson III, known professionally as 50 Cent, was born on the 6th day of July 1975 in the borough of Queens, New York City.

50 Cent was born left-handed to his late gangster mother, Sabrina Jackson, and a relatively unknown Father, Curtis James Jackson. Sabrina Jackson had him when she was just 15-years-old.

50 Cent was raised by a single mother in the rough neighbourhood of Jamaica. His mom worked as a drug dealer like Alpo Martinez. 50 Cent’s Mother was gruesomely murdered in an unexplained fire when Jackson was only eight years old. 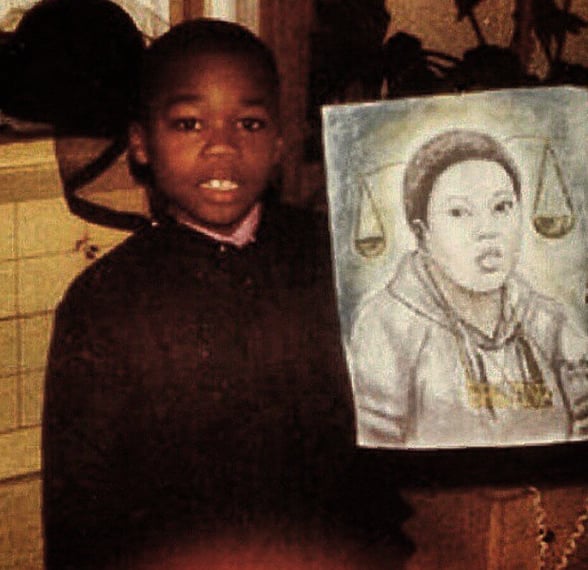 After his mother’s death, his grandmother pictured below took up the hard responsibility of raising 50 Cent on her own. 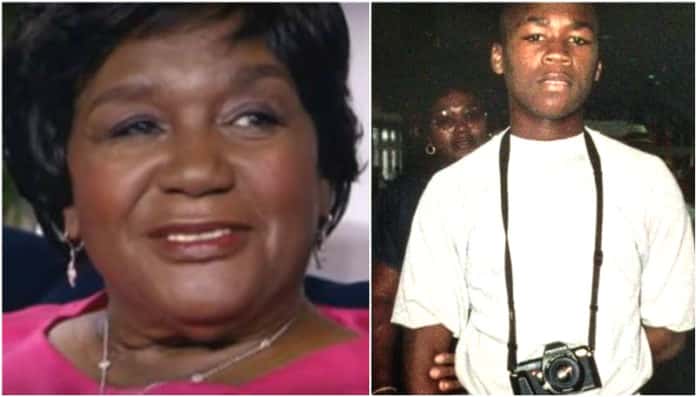 He had boyhood aspirations to be a boxer and fought at junior level. He began boxing at about age 11. At age 12, 50 Cent began selling drugs.

His grandmother thought he was in after-school programs. He was bold enough to bring guns and drug money to his school.

In that tenth grade, he was caught by metal detectors at Andrew Jackson High School:

At age fifteen, 50 Cent bought his first gun. At 19, he became the neighbourhood’s drug kingpin, doing drug sales worth $150,000 a month.

This was a time he dropped out of high school and became a full gang star as seen below. 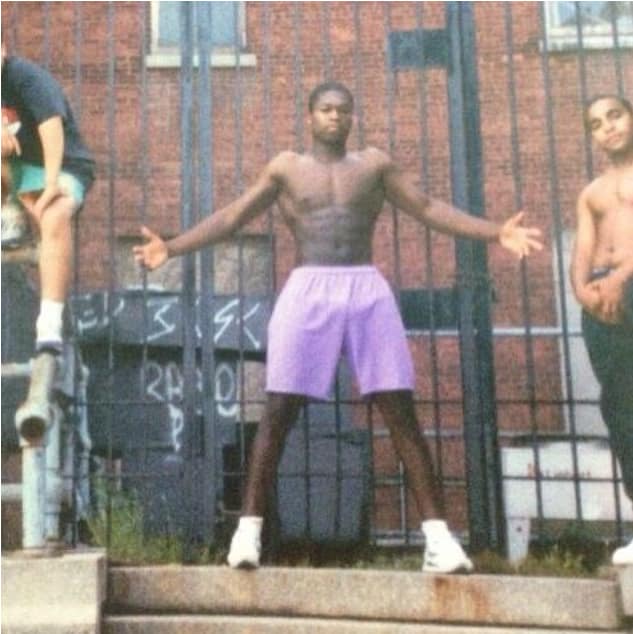 On June 29, 1994, when he was 19 years old, Jackson was arrested for selling four vials of cocaine to an undercover police officer.

He got arrested again three weeks later when police searched his home and found heroin, ten ounces of crack cocaine, and a starting pistol.

As a result, he was sentenced to three to nine years in prison, but however, served six months in a boot camp and earned his GED. He claimed he did not use cocaine himself.

Jackson after being released adopted the nickname “50 Cent” as a metaphor for a change in his ways.

The name was inspired by Kelvin Martin, a 1980s Brooklyn robber who was known as “50 Cent”; Jackson chose it for reasons he described in his words…

“The name says everything I want it to say. I’m the same kind of person 50 Cent was. I provide for myself by any means.”

He started rapping when he was 21 years old in a friend’s basement. He never had a real job all his life.

50 Cent Biography – The Stabbing and Shooting:

Did you know?… 50 Cent was once stabbed by Ja Rule’s gang whilst recording in a studio. Also in the spring of 2000, 50 Cent was shot in the face, hand, and legs by a man with a nine millimetre at close range.

The New York rapper picked up wounds in his hand, arm, hip, both legs, chest, and face (left cheek). He survived a total of nine bullets.

One of the bullets lodged in his lower gum. There’s still a gaping wound where several of his rear teeth used to be. The bullet wound to the jaw changed his voice and gave 50 Cent a unique sound.

Much later in his life, he was sued by the orthopaedic surgeon who cared for him after his shooting.

Today, a three-man security detail isn’t enough to protect 50 Cent. He wears a bullet-proof vest religiously, as do both members of his G-Unit crew.

He returned to music after his recovery and made several low-budget recordings with his friends Lloyd Banks and Tony Yayo, as a crew called G-Unit.

Their efforts came to the attention of Eminem and Dr. Dre, who heard 50 Cent’s “Guess Who’s Back?” mixtape in 2002 and signed him jointly to their labels, Shady Records and Aftermath Entertainment.

50 Cent’s debut album, Get Rich or Die Tryin,‘ was produced by Eminem and Dre. It was a massive commercial success that eventually sold 9 million units.

Get Rich was followed in 2005 by another hit album, The Massacre, on which Jackson continued to rap about his past life on tracks like “Candy Shop” and “Just a Lil Bit.”

He started his own label under the Interscope umbrella, signing Lloyd Banks and Young Buck, and incorporating them into the G-Unit group on the 2004 album Beg for Mercy, which sold more than 5 million copies worldwide.

50 Cent has a son named Marquise Jackson as a result of a brief relationship with his mother, Shaniqua Tompkins. Shaniqua Tompkins is an American Personality. She is famous for 50 cent`s ex-girlfriend. 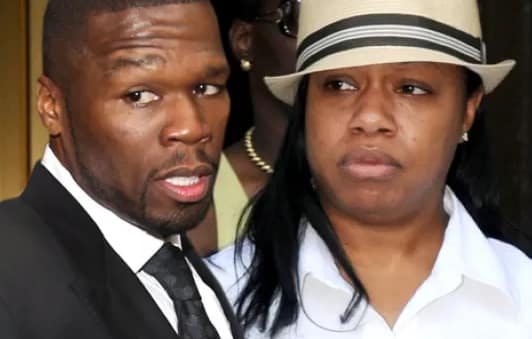 Below is a photo of their son, Marquise, who has a very strained relationship with his father. 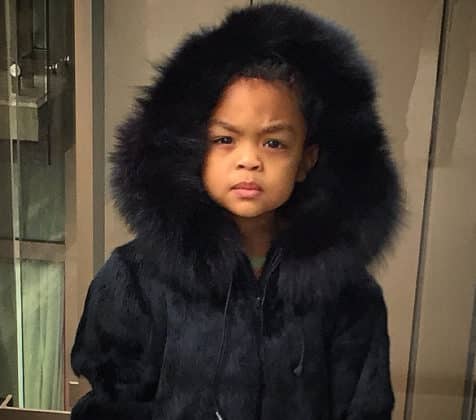 Rapper 50 Cent was once sued by his former girlfriend and mother to his son Shaniqua Tompkin’s.

According to Ms Tompkins, the rapper is trying to evict her and their son, Marquise, from their Long Island home.

This explained the strained relationship between father and son. Below is a photo of Marquise together with his mum looking all grown up. 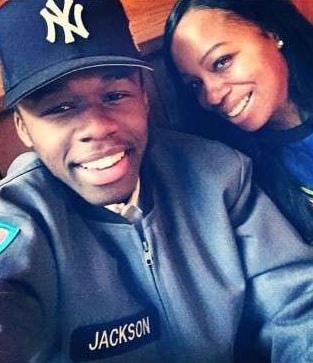 Also after another brief relationship with Daphne Joy, his second son, Sire Jackson was born. 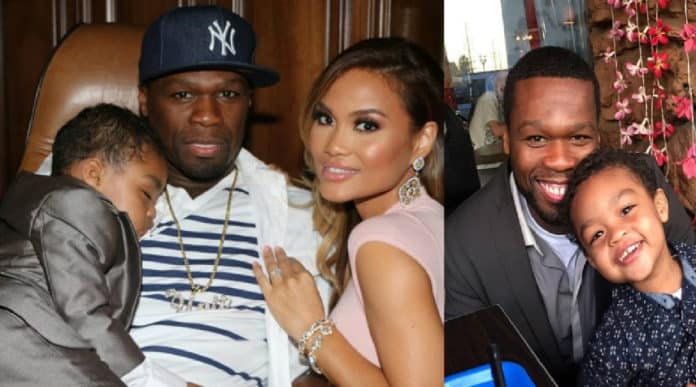 As at the time of writing, 50 cent is not married but the rapper is rumored to have dated a large number of women.

Cent takes acting incredibly seriously and reportedly lost over 4 stone (54lbs) for the role of a cancer patient in the movie ‘Things Fall Apart’, which was released back in February 2012.

He lost the weight nine weeks after liquid dieting and running on a treadmill three hours a day. 50 Cent plays lead character Kanan in his hit TV show Power, which appears on TV network Starz. 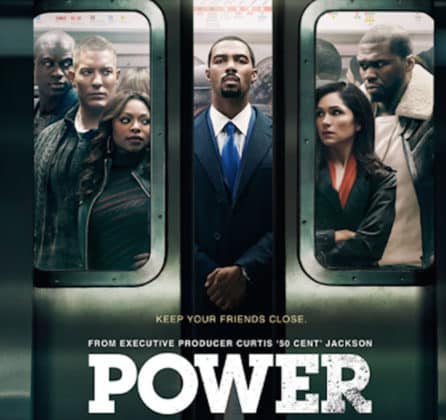 The rapper is also the executive producer of the show.

Facts about 50 Cent – A Game to Himself:

50 Cent actually has two different third-person shooter video games based on himself. 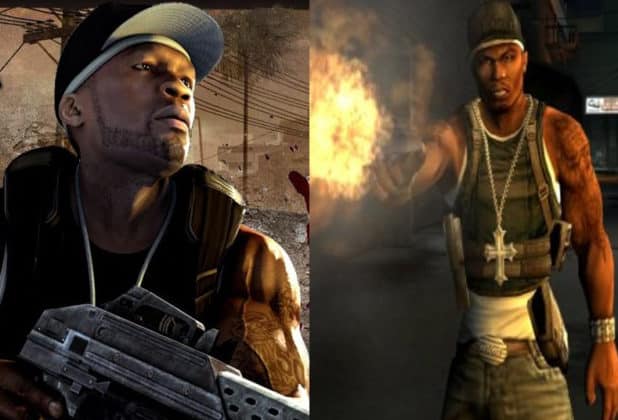 According to Forbes, 50 Cent’s net worth peaked in 2015 when he was announced as being worth $155 million in their annual Hip-Hop’s Wealthiest Artists list.

However, a lengthy legal battle reportedly saw his net worth fall by almost $200 million, leaving him officially bankrupt.

Website Celebrity Net Worth claim that 50 Cent is currently worth $20 million. Owing to his recent movie exploits and other hustles, these supposed monies should have increased.

FACT CHECK: Thanks for reading our 50 Cent Childhood Story plus untold biography facts. At childhood Biography, we strive for accuracy and fairness. If you see something that doesn’t look right in this article, please place your comment or contact us!