Starting off, he is nicknamed “Bob“. Our article gives you full coverage of  Robert Downey Jr Childhood Story, Biography, Family Facts, Parents, Early Life, Lifestyle, Personal Life and other notable events right from when he was a child to when he became popular.

Yes, everyone knows him for his lead roles in movies- Iron Man, Avengers, etc. However, only a few consider Robert Downey Jr’s biography which is quite interesting.

Now, without further ado, let’s begin, first with Robert Downey Jr’s Wiki followed by our Table of Content before his FULL STORY.

Starting off, his full names are Robert John Downey Jr. Downey was born on the 4th day of April 1965 to his father, Robert Downey Sr and mother, Elsie Ann in the city of Manhattan, New York. He was born as the younger of two children to his lovely parents.

As a child, Downey was “surrounded by drugs” and his world of drugs came, no thanks to his dad. Did you know?… Robert John Downey Jr’s father, who a drug addict allowed his poor son to use marijuana at the tender age six. It was an incident his dad later said he deeply regretted. Back then while Robert Downey was a little child, drug use became a source of an emotional bond between him and his dad. Speaking about his childhood experience, he once said according to People and ABC News;

“As a child, my dad and I would do drugs together. it was like him trying to express his love for me in the only way he knew about”

As observed above, Robert Downey Jr grew up mostly alongside his older sister Allyson in Greenwich village, a Neighborhood in New York City. This part of New York is known for its bustling performing arts scenes. The village has over the years produced great actors and actresses as seen in Robert Downey’s family.

Having both parents living their dreams by acting movies, it was easy for little Robert to fall in love with the occupation. Early on, both his mum and dad began schooling him on Theatre arts. Robert made his acting debut at the age of five, portraying a sick puppy in the film Pound. In addition, he also starred in the surreal Western Greaser’s Palace when he was seven.

Moving on, Robert attended the Perry House School in Chelsea (a city in Suffolk County, Massachusetts, United States) for his basic education. Because the love for acting was in his DNA, he progressed movically by attended the Stagedoor Manor Performing Arts Training Center.

Subsequently, the young child actor then proceeded to Santa Monica High School in California. Very important to note is that, at a restless stage in his youth life, Robert Downey Jr made the decision to drop out of school. This decision was followed by his return to New York where he vowed to face his acting career full-time.

Following the decision of dropping out of school, Robert began building himself personally in theater arts. In 1987, Downey played Julian Wells, a drug-addicted rich boy whose life rapidly spirals out of his control. His performance was widely praised and he himself felt his drug habit role was an “exaggeration of his character” in real life.

Sadly, the drug problems which he suffered in his childhood came calling and its ugly face came to hunt Robert in his middle years.

The journey of becoming successful in his middle ages was not a smooth one for Robert. Truth is, he was arrested numerous times on charges related to drugs including cocaine, heroin, and marijuana. As a result, the poor Robert went through drug treatment programs and painful rehabs.

After five years of substance abuse, arrests, rehab, and relapse, Robert was ready to repent, this time, to work toward a full recovery from drugs.

The veteran actor’s resurgence of commercial success came after his close friend Mel Gibson paid his insurance bond. Did you know?… Gibson’s gamble paved way for Robert’s comeback, making him return to mainstream filming in the mid-2000s.

Robert’s career began to flourish (Big Time) at the time he starred in two critically and commercially successful films, Iron Man and Tropic Thunder. He gained wider recognition for starring as Tony Stark in Iron Man which was globally released in 2008.

Starring as Tony Stark in Iron Man which was globally released in 2008.

Subsequently, his next bigger movie came. Robert repeated the role of Tony Stark in The Avengers. The film received positive reviews and was highly successful at the box office. Did you know?… The film became the third highest-grossing film of all time both in the United States and worldwide.

Fast forward to the time of putting this together Robert Downey Jr’s Biography, the celebrity actor as moved from being a drug addict to becoming one of the highest-paid and most successful actors in Hollywood.

Did you know?… Robert Downey Jr has quite a number of awards to his name, among which include: Golden Globe Awards, MTV Movie Awards, People’s Choice Awards, Saturn Awards, and Teen Choice Awards etc.

The relationship lifestyle of the American film producer is quite interesting, Sit back as we bring you facts about Robert Downey Jr’s dating history (info on his ex-girlfriends) and current relationship status.

To start with, Robert Downey previously dated actress Sarah Jessica Parker after meeting her while filming the 1984 movie “Firstborn“. The couple later separated after 7 years due to issues with his drug addiction. Speaking about the breakup, Robert Downey Jr once said in his heartfelt words;

“I was so selfish, I like to drink, and I had a drug problem, and that didn’t jibe with Sarah. Because it is the furthest thing from what she is. Sarah provided me a home and understanding. She tried to help me. Sarah was so miffed when I didn’t get my act together. I was in love with Sarah Jessica, and love was not enough.”

Following his failed relationship with Sarah Jessica, Robert met American actress and singer Deborah Falconer, who was born on the 13th of August 1965, in Sacramento, California. After dating for 42 days, they got married on May 29, 1992. Both lovers divorced 12 years later. Before ending their marriage, they had a son whom they named Indio Falconer Downey. Indio was born in September 1993.

Moving on, Robert met producer Susan Nicole Levin in 2003 on the set of Gothika- the American supernatural psychological horror thriller. At that time, Susan was an Executive Vice President of Production at Joel Silver’s film company. As expected, Susan and Robert did quietly strike up a romance during movie production.

Despite Susan’s worries that the romance would not last after the completion of shooting, the couple’s relationship continued with faith. After the Gothika got finalized, Robert proposed to Susan on the night before her 30th birthday. They married in August 2005, in a Jewish ceremony, at Amagansett, New York.

Yes, we all know the Veteran actor comes from rich family background where movie acting runs into every one of his family’s DNA. Well in this section, we’ll bring you more information about Robert Downey Jr’s family members starting with his parents.

Robert John Downey Sr. (born Robert Elias Jr on the 24th of June, 1935) is a retired American actor, director, writer and cinematographer. He is the father and a namesake of actor Robert Downey Jr.

Robert Downey Sr was born in Manhattan, New York City, to Elizabeth (née McLauchlen), a model, and Robert Elias Sr., who worked in the management of motels and restaurants. The super cool dad at the time of writing still lives a happy life and still enjoys a close relationship with his son whom he once introduced to drugs.

Elsie Downey was born on April 11, 1934, in Dormont, Pennsylvania, United State. She was previously known as Elsie Ann Ford. She was an actress who is actively involved in Robert Downey’s family trade.

Robert Downey Jr’s enjoyed a good relationship with his mum, Elsie, before she died in California around 2014 after a brief illness.

Allyson Downey is an American Actress, writer and author, born on November 29, 1963, in New York City. Like her brother, she spent her early years in Greenwich Village. Robert Downey Jr’s parents also inducted Allyson into acting like her brother, but at some point, she began to focus on writing.

Laura Ernst was born on September 8, 1957, in Washington, United States. After Robert Downey Jr’s parents split, his dad got married to her. Sadly actress-writer Laura Ernst lost her life in 1994 after battling Lou Gehrig’s disease (also known as Motor Neurone Disease- MND). Robert Downey’s dad enjoyed a good time with her before her untimely death.

Getting to know Robert Downey Jr’s Personal Life would help you get a better picture of his personality away from the movie scene. Starting off, the presence of Robert marks the beginning of something energetic. The Veteran actor loves to take on leadership roles and physical challenges. No wonder, these attributes are synonymous with his Aries Zodiac trait.

Did you know?… the film director spends much of his free time practising Wing Chun Kung Fu (a concept-based Chinese martial art and form of self-defence). Also, he loves painting and listening to music and one of his life’s ambition is to perfect his yoga.

As regards Robert Downey Jr’s net worth, do you know that he is worth $300 million at the time of writing? Yes! Robert amassed such wealth thanks to the Marvel Cinematic Universe. Just between 2013 and 2014, the veteran actor earned roughly $75 million and he was once named Forbes world’s highest-paid actor.

In fact, nearly all of his earnings come from acting. Though, he received millions for his campaign with Chinese phone company OnePlus.

Robert’s amazing wealth has led to an exotic lifestyle. Did you know?… he spent $13.44 million to buy a 7-acre estate in Malibu (a City in California). The big house offers sweeping water views from many rooms, one that allows it to seamlessly integrated with the outdoor terrace. What a Mansion!!!

Being a car enthusiast, Robert has over the years acquired several cars. Some of his best cars include; Audi A8L, Audi E-Tron GT, 1965 Chevrolet Corvette and Acura NSX.

To wrap up our Robert Downey Jr’s childhood story and biography. Here are some lesser-known facts about him.

Facts #1- Why his initial name was changed from Elias to Downey:

One of Robert Downey Jr’s parents- his dad denounced the name “Elias” which was known as the family name. Today, Downey could have been known as Robert Elias Jr if not for his dad who changed the name in the early 1950s for this reason (below).

THE REASON FOR NAME CHANGE: Robert Downey Jr’s family name was initially “Elias” before it got changed by his father in order to approve his enlistment in the US Army.

Robert Downey Jr’s parents didn’t raise their son to adhere closely to spirituality. However, over the years, he has identified himself as someone who in the past has been into “Hare Krishna“. This is a branch of Hinduism, formally known as Gaudiya Vaishnavism.

More recently, Robert Downey Jr has a new religion. He now calls himself a “Jew-Bu“, which literally means “A Jewish-Buddhist.” (Cheatsheet’s Report)

Robert Downey Jr has quite a number of tattoos on his body. The tattoo on one of his biceps reads “Suzie Q”, which is the name of his wife Susan. Another tattoo drawing “Indio” is inked on his right shoulder and this portrays the name of his first son, Indio Downey.

FACT CHECK: Thanks for reading our Robert Downey Jr Childhood Story plus untold biography facts. At childhood biography, we strive for accuracy and fairness. If you see something that doesn’t look right in this article, please place your comment or contact us! 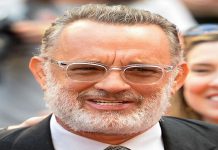 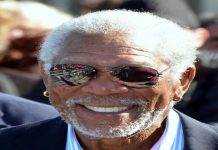 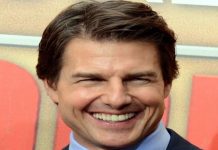