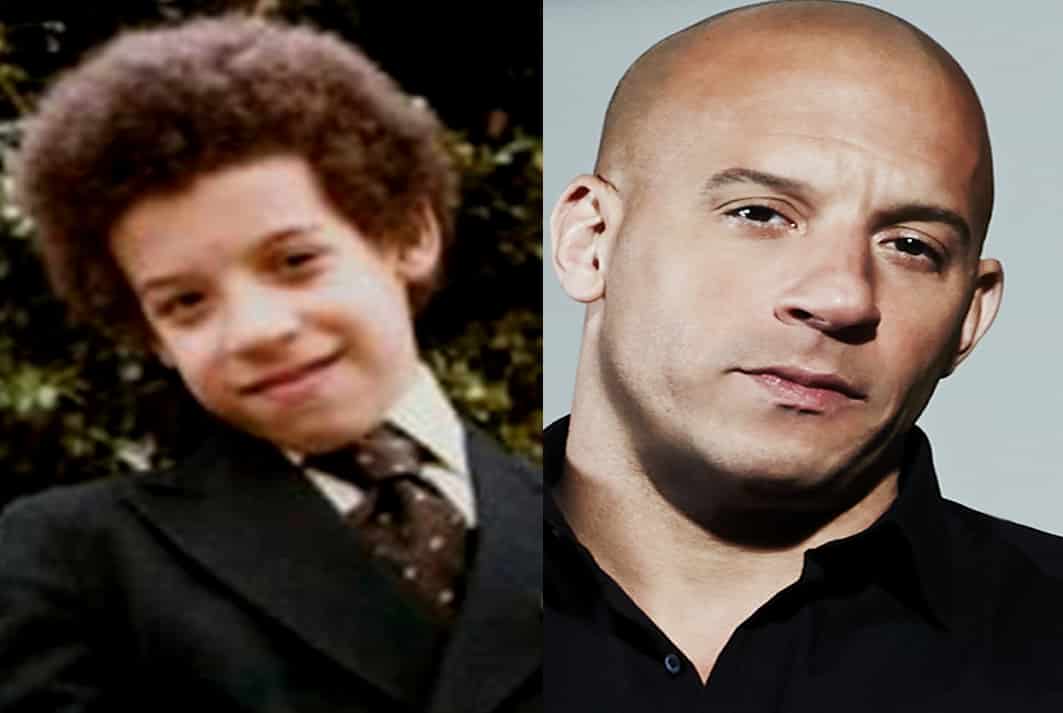 CB presents the Full Story of an American actor best known as “Diesel“. Our version of Vin Diesel’s Biography and Childhood Story brings you a full account of notable events from his childhood time to date.

Yes, everyone knows of his roles in action movies notably the Fast and Furious franchise. However, only a few consider Vin Diesel’s biography which is quite interesting. Now, without further ado, let’s begin.

Starting off, Vin Diesel (christened Mark Sinclair) was born on the 18th day of July 1967 at Alameda County in California, U.S.

He was one among twin children born of the union between his mother, Delora Sherleen Sinclair and to a father whom little is known about. Behold, one of Vin Diesel’s parents.

The American national of mixed ethnicity with Scottish, English, German, Irish and Austrian roots was raised by his mother in New York city owing to the fact that his biological dad left the family before he was born.

Growing up in New York City alongside his twin brother, Paul and half-siblings, young Diesel was a jolly good fellow who lived the first 6 years of his life in bliss regardless of the non-existence of his biological dad.

Thanks to Diesel’s mother professional engagements as an astrologer and psychiatrist, the family lacked nothing during his early life but only grew stronger after his mom got them a stepdad in the person of Irving H. Vincent.

Diesel was still a student at the school when he conspired with his friends and brother to break into the Theater for the New City space on Jane Street.

Fortunately, the youngsters were confronted by the theatres’ artistic director, Crystal Field who instead of punishing them offered each of the boys’ roles in an upcoming stage show known as “Dinosaur Door”.

Thus, Diesel became involved in theatre shows from a very young age and stuck with the activity even while studying at NYC’s Hunter College.

It is worthwhile to note that Diesel never graduated from college. In fact, he dropped out at a time when he figured out that he had gained the experience needed to take his acting career to the next level.

Thus a hopeful Diesel ventured into Hollywood but became a struggling “actor wannabe” trying hard to make an impression in the industry. Disappointed and frustrated, Diesel put his dreams of becoming an actor at bay and returned to New York.

While in New York, Diesel’s mother made him realize that “hope springs eternal” by offering him one of Rick Schmidt’s books titled “Feature Films at Used Car Prices.”

The content of the book inspired Diesel to take control of his career and make his own movies.

Acting on the advice contained in the book, Diesel wrote, directed, produced, and starred in the semi-autobiographical short drama film, Multi-Facial (1995) at a cost of $3,000.

Afterwards, Diesel moved to Los Angeles where he raised enough funds to make and feature in the urban drama film, “Strays” (1997).

Having established himself as a prospect to watch out for in the movie industry, there was no limit to the number of acting opportunities that came Diesel’s way.

Vin Diesel is not married at the time of writing this bio. We bring you facts about his dating history and current relationship status.

To begin with Diesel past relationship, the actor has dated numerous women including actresses, models and authors.

However, none was much endeared to him than his longtime girlfriend, Paloma Jimenez. Paloma is a Mexican model who Diesel began dating in 2007.

Diesel comes from a middle-class family background. We bring you facts about his family life.

Diesel’s biological dad left the family before the actor’s birth. As a result, the actor was never acquainted with him.

However, he has a stepdad in the person of Irving H. Vincent. Irving worked as a drama teacher at a high school before he gave it up for teaching at New York University.

The supportive stepdad is instrumental to Diesel’s early interests in acting and inspired the actor to pursue his dream in that path.

Diesel’s mom is Delora Sherleen Sinclair. She is of mixed ethnicity and has worked as an astrologer and psychiatrist.

She got married to Diesel’s stepdad Irving when the actor was aged 3 in 1970.

Diesel credits his supportive mom for presenting him the book, “Feature Films at Used Car Prices” which helped him achieve success in the movie industry.

Diesel has a twin brother and two maternal half-siblings. His twin brother Paul Vincent Sinclair doesn’t look much like him due to the fact that they are fraternal twins. Vincent works as a sound producer and film editor.

Next is Diesel’s half maternal sister, Samantha Vincent. She works as a film producer and serves as President of One Race Films production company.

Samantha is happily married to director, Frank E. Flowers and lives at Los Angeles at the time of writing.

Meanwhile, Little is known about Diesel’s maternal half-brother Tim Vicent as at June 2019.

Away from Diesel’s immediate family little is known about his paternal grandparents as well as his maternal grandfather and grandmother.

Similarly, not much is known about his uncles, aunts, nieces and nephews while his cousins have not been identified in notable events of his early life till date.

What makes Vin Diesel Tick?. Sit back as we bring you makings of his personality to help you get a complete picture of him. To start with, Diesel’s persona is a blend of Cancer Zodiac Traits.

He is resilient, emotionally intelligent, creative and doesn’t fancy revealing information about his personal and private life.

He has just a number of interests and hobbies that include cooking, yoga, reading, snowboarding, watching movies and hanging out with friends and family.

Vin Diesel has an estimated net worth of $200 million at the time of writing.

The origin of his wealth largely stems from his screen endeavours while others come from his endorsement with brands like Timex watches, Nike, Got Milk, NOS Energy Drink among others.

The actor lives a luxurious lifestyle as evidenced in the worth of his assets. Notable among such assets is his $3,3 million house in Atlanta.

The mansion which has deluxe rooms and luxurious facilities shelters some of Diesel’s exquisite cars including his GMS Yukon, Mazda RX-8 as well as 1970 Dodge Charter RT.

To wrap up Vin Diesel’s childhood story and biography, we present little or lesser-known facts that are rarely included in his bio.

FACT CHECK: Thanks for reading our Vin Diesel Childhood Story plus untold biography facts. At childhood biography, we strive for accuracy and fairness while delivering you the Biography of Hollywood Actors.