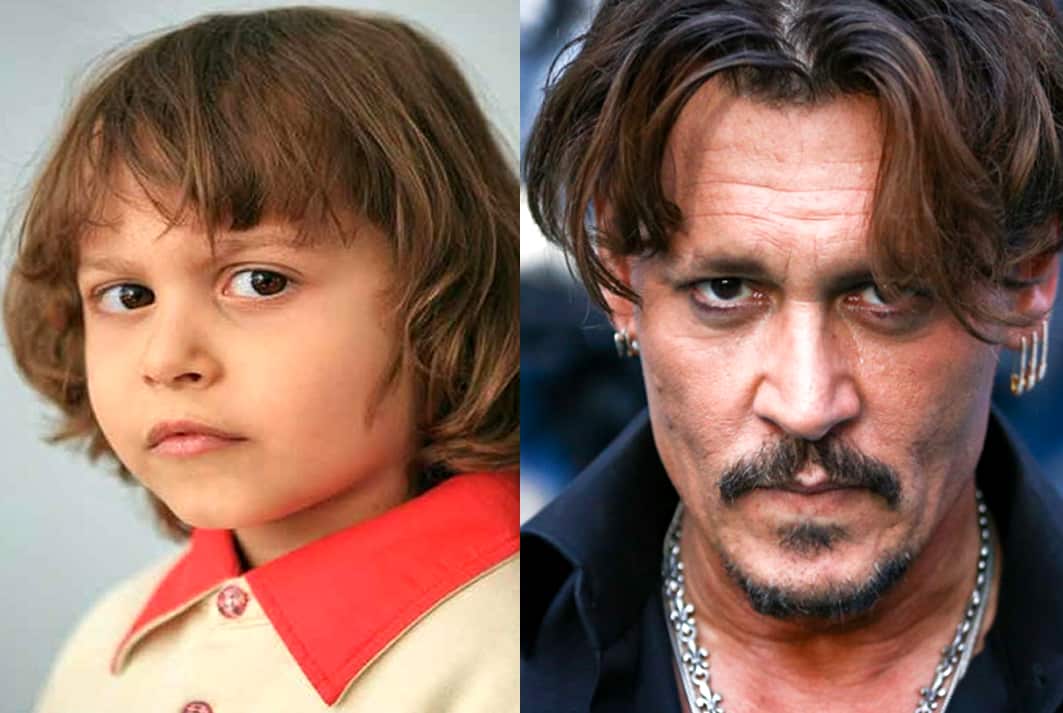 CB presents the Full Story of an American actor who is best known by the nickname “Mr Stench“.

Our version of Johnny Depp’s Biography Facts, including his Childhood Story, brings you a full account of notable events from his boyhood days right until when he achieved fame.

Yes, everyone knows he is one of the world’s biggest film stars. However, only a few consider Johnny Depp’s biography which is quite interesting. Now, without further ado, let’s begin.

Starting off, John Christopher Depp II was born on the 9th day of June 1963 at Owensboro in Kentucky, U.S.

He was the youngest of 4 children born of the union between his mother, Betty Sue Palmer and his father, John Christopher Depp I. Behold, Johnny Depp parents.

The American national of mixed ethnicity with Irish, Scottish, Welsh, French, Canadian, Dutch, Flemish, Belgian and German roots were raised at different places in line with his dad’s work engagements as a civil engineer.

By the time Johnny was aged 7, his family settled at Miramar in Florida where he grew up alongside his elder siblings Daniel Depp, Christi Dembrowski and Debbie Depp. 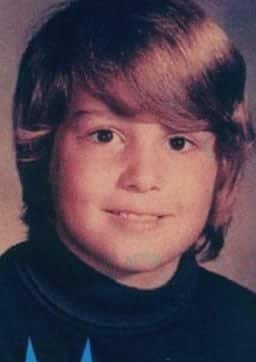 Growing up in Florida, Johnny was thought to have Tourette’s syndrome due to the fact that he was weird, withdrawn and often made odd noises.

A few years later, a 12-year-old Johnny turned to smoking and drug abuse as an escape from his family problem.

While Johhny was at it, he found time to play the guitar which his mom had gifted him and went on to begin playing in different bands.

While at Miramar High, Johnny was so passionately involved in music that he dropped out of school as a 16-year-old to pursue his dreams of becoming a musician. 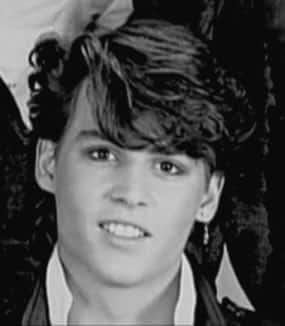 Two weeks after dropping out, Johnny made a u-turn and reported back to school. However, his principal admonished him to perish thoughts of schooling but advance his interests in music. The then-teenager heeded to the advice and never re-considered schooling.

Speaking of Johnny’s early career endeavours after school, he started with a local band named “The Kids” which enjoyed the success that emboldened them to set out together for Los Angeles to secure a record deal. 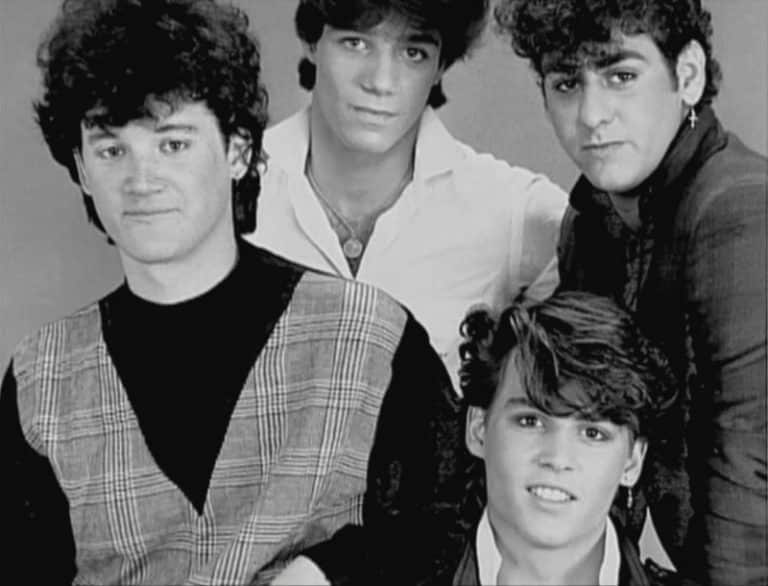 Aligning themselves for success, “The Kids” changed their band name to “Six Gun Method” but soon split up before securing a deal.

Moving on, Johnny collaborated with a band named “Rock City Angels” and co-wrote their song “Mary”.

In 1983, Johnny got married to his now-former partner, Lori Allison who helped him realize that he had no promising future in music.

Therefore, she introduced Johnny to actor Nicolas Cage who encouraged him to pursue a career in acting.

Months later, Johnny secured a role in the horror film A Nightmare on Elm Street (1984) and went on to appear in the comedy Private Resort (1985).

He was also cast in Oliver Stone’s Vietnam War drama Platoon (1986) and became a popular teen idol during the late 1980s when he appeared in the Fox television series 21 Jump Street. 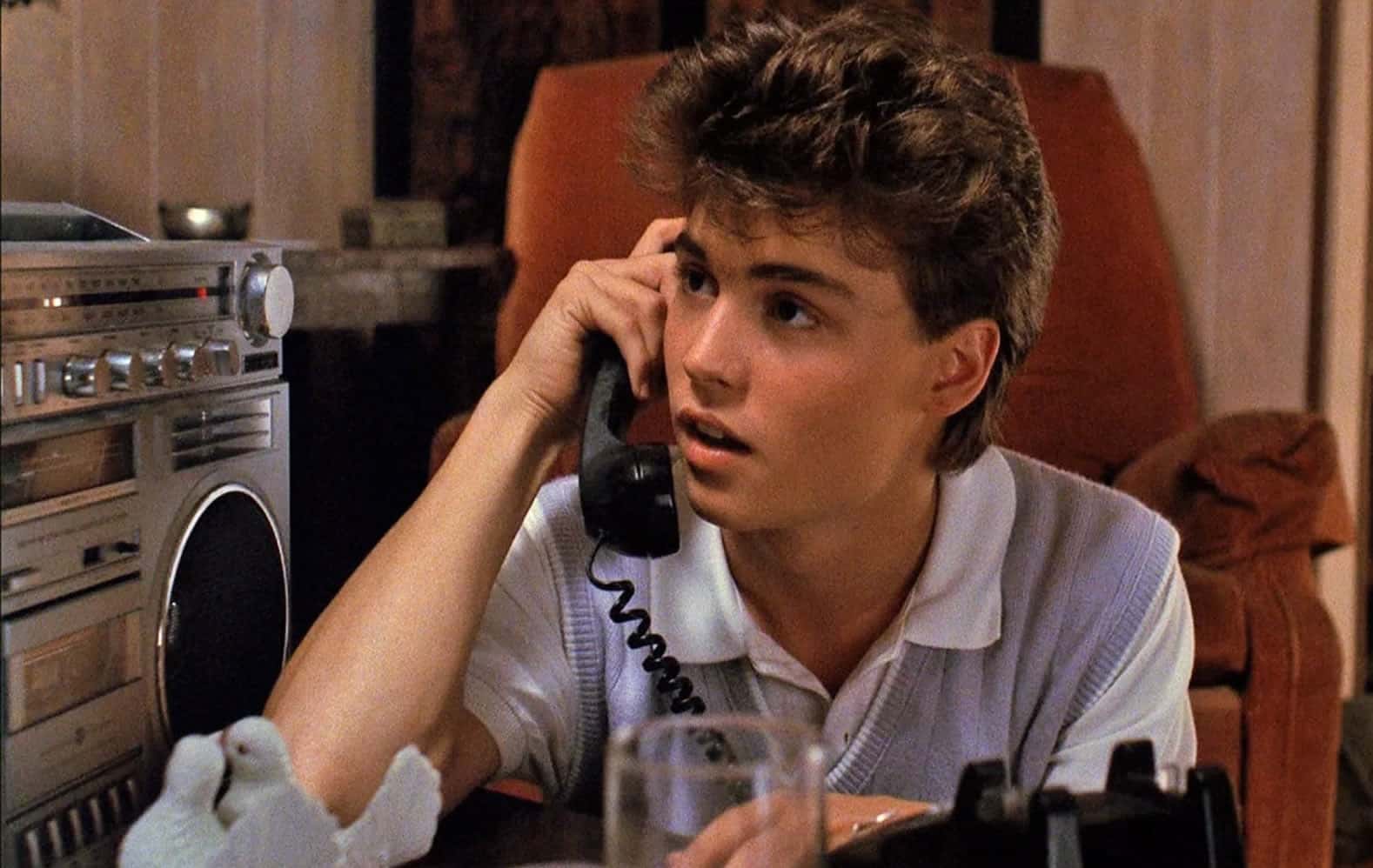 Upon recording ample appearances in the series 21 Jump Street, Johnny decided to be selective with roles that he felt were appropriate to his weird persona.

Thus, he agreed to play the title character in Tim Burton’s film Edward Scissorhands (1990). The film did not only record commercial success but established Johnny as a leading Hollywood actor. 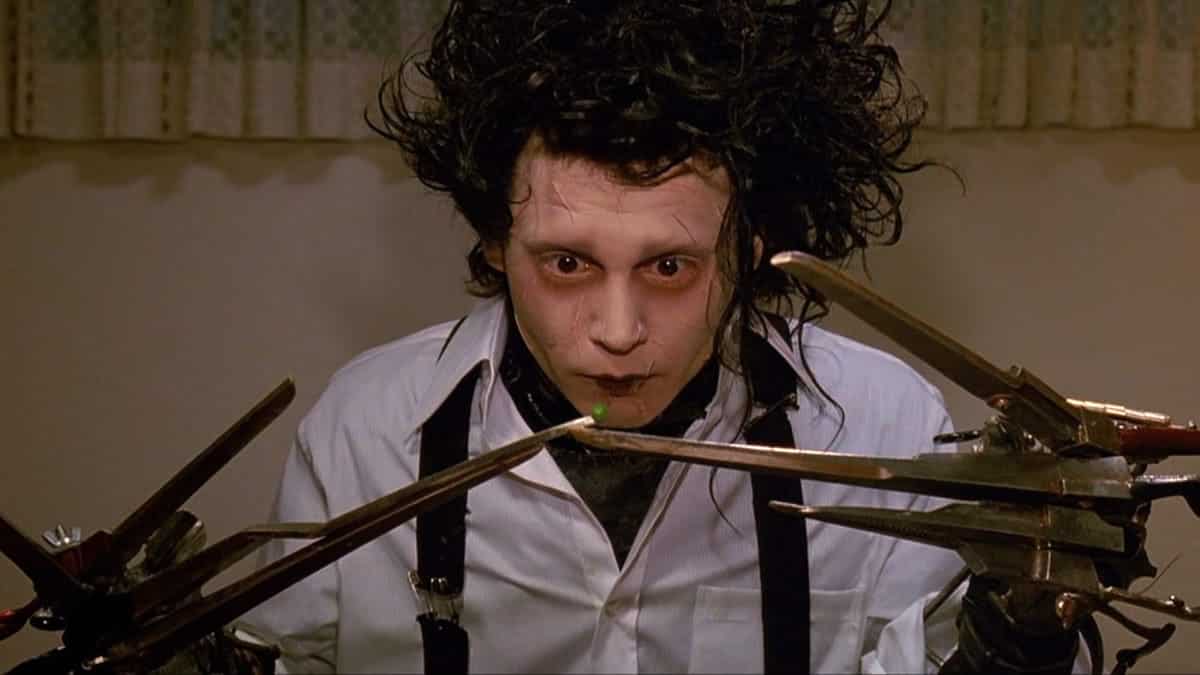 Fast forward to date, Johnny Depp is one of the highest-grossing actors worldwide with his latest appearance being in the movie “Fantastic Beasts: The Crimes of Grindelwald” (2018). The rest, as they say, is history.

Johnny Depp has been married twice at the time of writing. We bring you facts about his failed marriage, dating history and current relationship status.

To start with his dating history, Johnny was not known to have dated any woman before he met his first wife and make-up artist, Lori Allison.

Although little is known about when the duo met, they got married on the 20th of December 1983 and ended the union 2 years later in 1985. 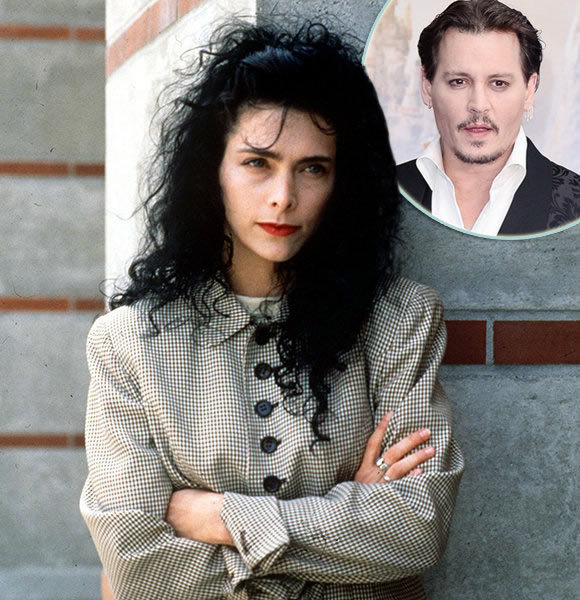 Moving on Johnny Depp began dating Sherilyn Fenn who he went on to get engaged to. However, they went separate ways in 1985.

Taking a break off committed relationships, Johnny had a romantic stint with Jennifer Grey before entering a serious relationship with Winona Ryder in 1989. The ex-lovebirds got engaged but eventually separated in 1993.

2015 was the year which the actor sprang surprises by getting married to actress Amber Heard whom he had been dating since 2011. Their marriage lasted 15 months before it hit the rocks. 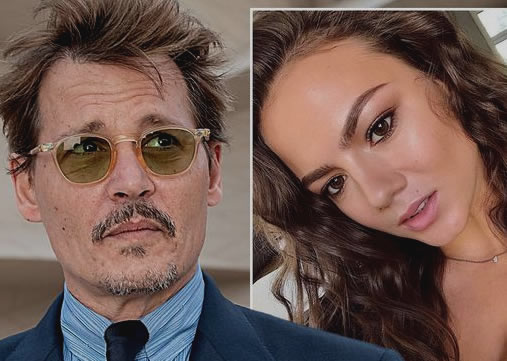 Johnny Depp comes from a middle-class family background. We bring you facts about his family life.

John Christopher Depp I is Jonny’s father. He worked as a civil engineer and reportedly owns a construction firm.

Although the aged dad separated from Johnny’s mom when he was aged 15, he is no doubts close to the actor who renamed his son John Christopher Depp III after him. 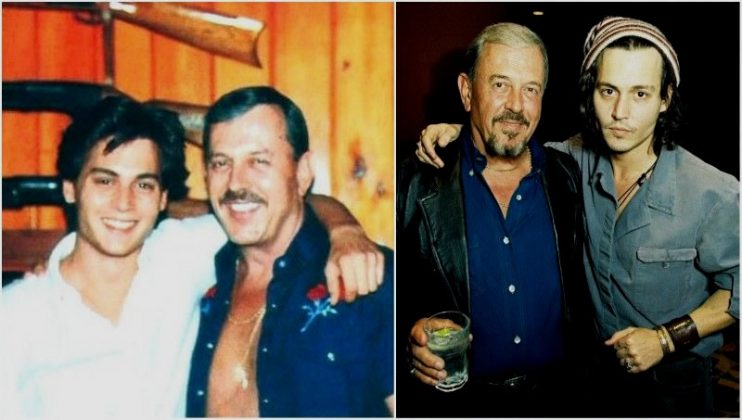 Betty Sue was Johnny’s mom. She worked as a homemaker and waitress during Johnny’s early life. Following her separation from Johnny’s dad, Betty remarried a certain Robert Palmer whom Johnny describes as an inspiration.

She shared a close relationship with the actor and was a frequent guest of the actor at various Hollywood functions until her death in May 2016. 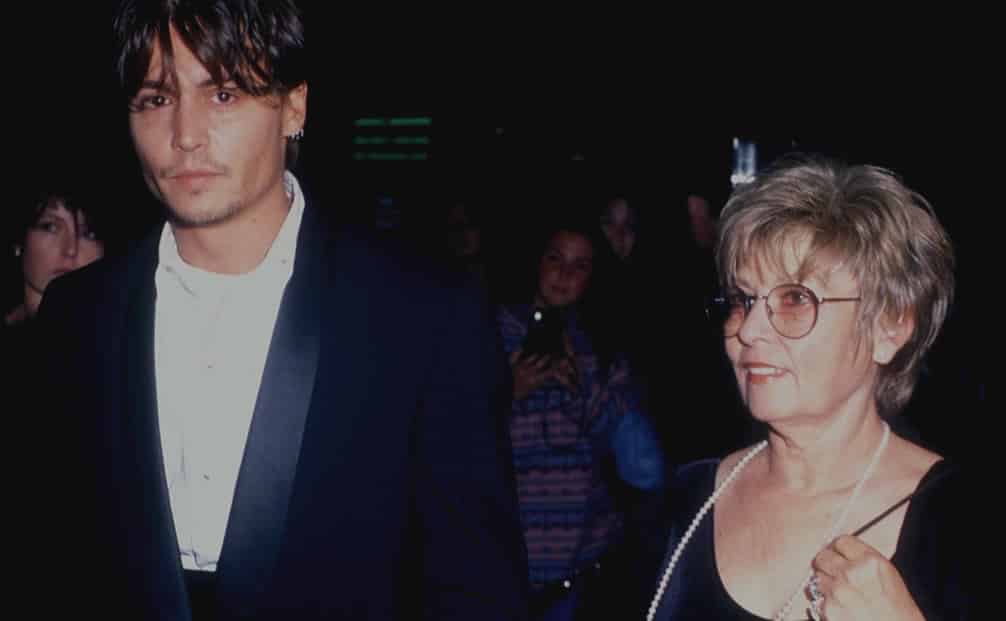 Johnny has three older siblings who include Daniel Depp, Debbie Depp and Christi Dembrowski.  Daniel is the actor’s big brother and a talented one at that.

He is an excellent screenwriter and successful author who has a number of works to his credit. 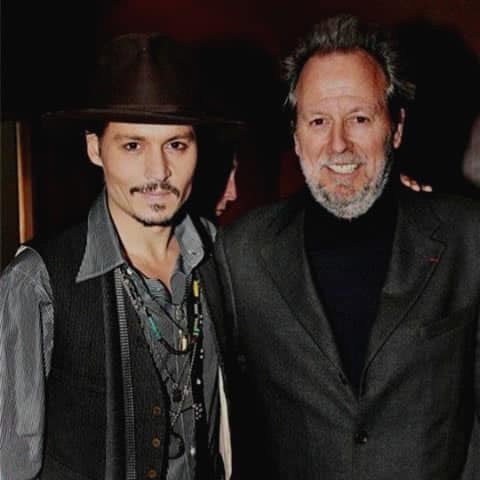 Next is Debbie who is the oldest of the actors’ sisters and works as an elementary school teacher at the time of writing.

On her part, Christi Dembrowski is younger than Debbie and serves as president of Johnny’s private motion picture production company called Infinitum Nihil. 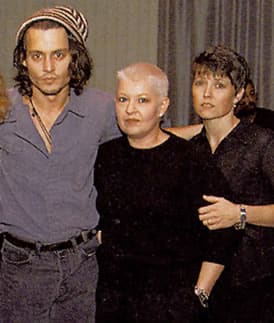 Away from Johnny’s immediate family, his paternal grandparents were Oren Laramore/Larimore/Larry Depp and Violet Mattie Grinstead while his maternal grandfather and grandmother were Walter Everett/Everette Wells and Bessie Irene Whitaker respectively.

Not much is known about Johnny’s aunts, uncles, nephews and nieces while the actors’ cousins have not been identified in notable events of his early life to date.

What makes Johnny Depp tick?. Sit back as we bring you makings of his personality in order to help you get a complete picture of him. To start with, Johnny’s persona is a blend of Gemini Zodiac traits.

He is sensitive, self-internalized, focused and rarely reveal information about his personal and private life. His hobbies and interests include playing musical instruments, painting, collecting dolls as well as spending time with friends and family. 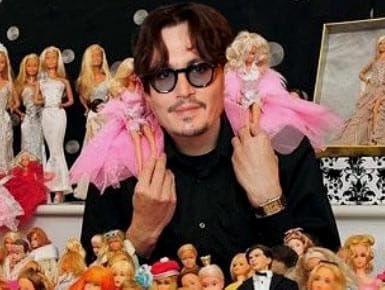 Johnny Depp has an impressive net worth of over $200 million at the time of writing. The origin of Johnny’s wealth majorly stems from his acting endeavours while his spending patterns indicate that he lives a luxurious lifestyle.

Like most wealthy celebrities, Johnny lives in expensive mansions notable among which is his $19 million residences in Los Angeles. The mansion boasts of a signature gothic, castle look with deluxe rooms. 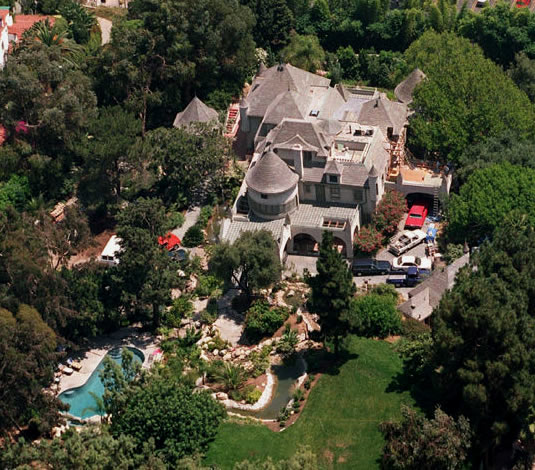 The actor also satisfies his need for speed in a luxury manner by navigating roads with exotic cars that include Cadillac Escalade, 1968 Ford Mustang, 1971 Cadillac Eldorado, 1959 Corvette, Fiat 500, 1951 Ford Mercury, Austin Allegro, Dodge Challenger among others. 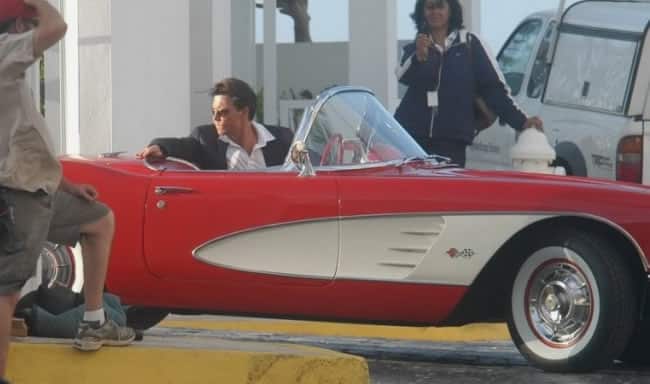 To wrap up our Johnny Depp childhood Story and biography here are little known facts that are hardly included in his bio. 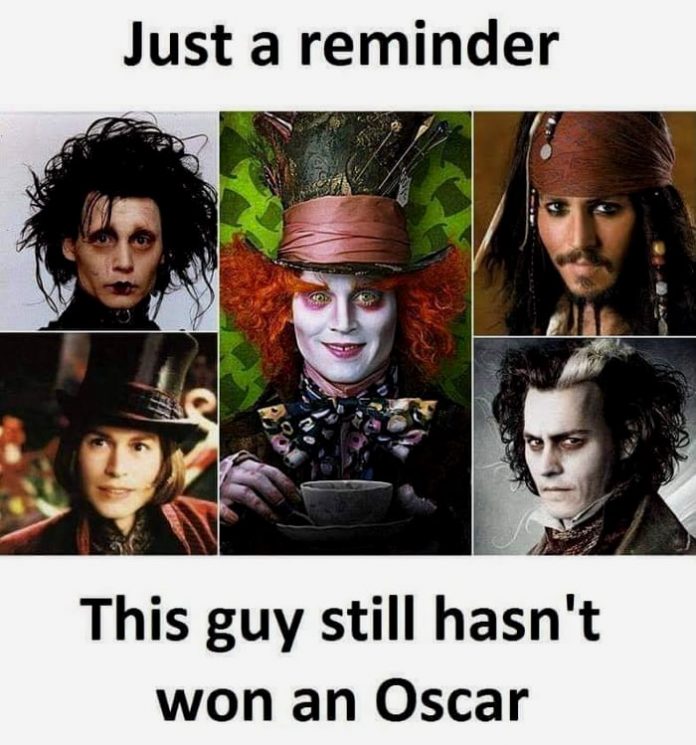 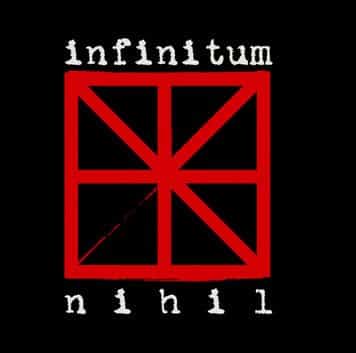 Thanks for reading our Johnny Depp Childhood Story plus untold biography facts. At childhood biography, we strive for accuracy and fairness while delivering the Biography of Hollywood Stars.