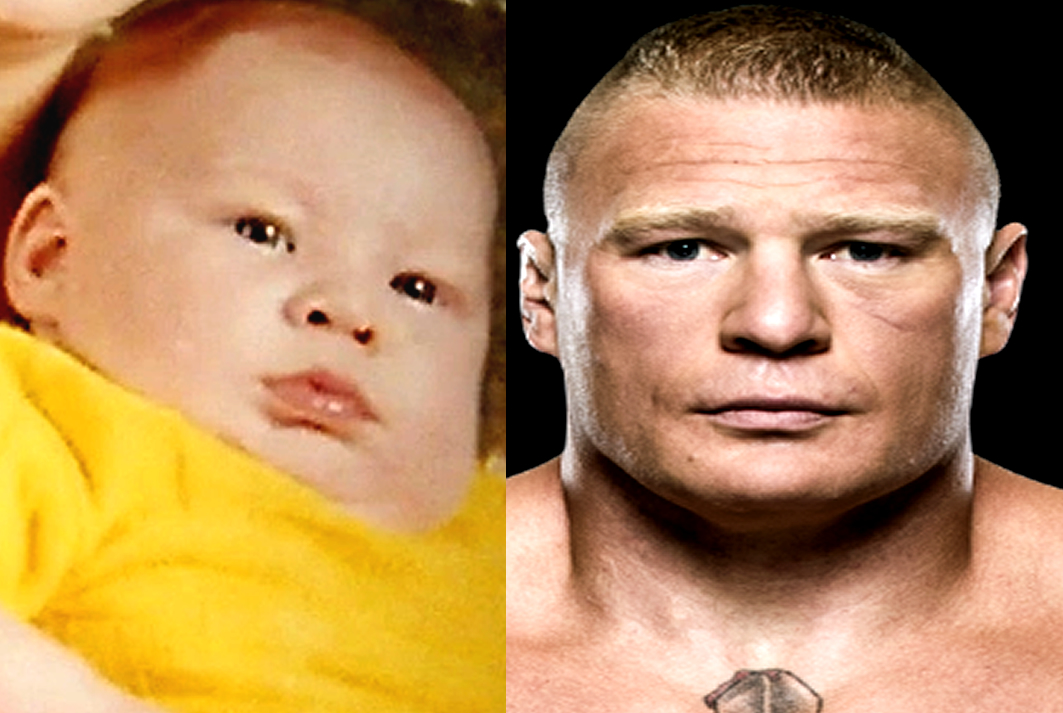 Childhood Biography presents the Full Story of a WWE Superstar. He is best known by the nickname “The Beast Incarnate“.

Our Brock Lesnar Childhood Story plus Untold Biography Facts brings you a lot. We bring you a full account of notable events from his childhood time to date.

The analysis of the Wrestler and MMA star involves his life story before fame. We also present you with Brock Lesnar’s family background. More so, many OFF and ON-Screen little-known facts about him.

Yes, everyone knows he has won the WWE Heavyweight Championship many times. However, only a few consider Brock Lesnar’s Biography, which is quite interesting. Now, without further ado, let’s begin.

For Biography starters, Brock Edward Lesnar was born on the 12th day of July 1977. His birthplace is Webster, in South Dakota, United States.

Being born to farmers, Young Lesnar had a humble start to life in his family’s dairy farm. His family’s farm was at Webster where he grew up.

Brock Lesnar grew up alongside his elder brothers. These brothers are Troy and Chad, as well as his younger sister, Brandy.

The youngster spent his childhood working hard at the dairy farm. Back then, this farm was his family’s only source of subsistence. As a child, Brock slept a lot in his parents’ hayloft.

Regardless of the stoic lifestyle that dominated his childhood, Lesnar loved something. He has a huge likeness to his rural surroundings.

He used his rural environment as a foundation for his early career. Brock began amateur wrestling when he was only 5 years old.

Notable among Lesnar’s academic progress was his education at Webster High school in South Dakota.

It was at the school that Lesnar added football to his childhood sports and, in his senior year, engaged his passion for amateur wrestling by participating in championships.

He thereafter progressed to Bismark State College in North Dakota, where he took his passion for amateur wrestling to greater heights by winning the National Junior College Athletic Association (NJCAA) heavyweight wrestling championship in his sophomore year.

It wasn’t long before his excellent track records in amateur wrestling secured him a scholarship to the University of Minnesota, where he completed his college education and brought his successful amateur wrestling career to an end in the year 2000.

Lesnar, after graduating from college, was not lost at the crossroads of career choice. More so, the relationship he built with his then-roommate and future WWE colleague, Shelton Benjamin at the University of Minnesota, was a herald of the path he had long chosen to tread.

The ambitious young man in his early 20s was recruited into WWE by Gerald Brisco, a WWE Hall of Famer that was impressed with Lesnar’s fight at the 2000 National Collegiate Athletic Association (NCAA) Division I heavyweight wrestling championship.

“The minute Brock Lesnar walked off the mat in St. Louis, Mo., where he won his national championship, I knew this guy would be a long-term guy,”.

Recalled Brisco of the potential he saw in Lesnar. 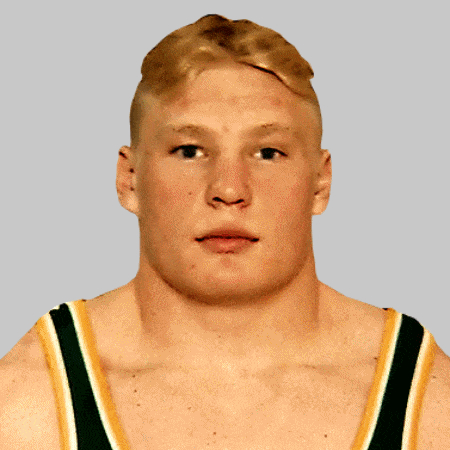 Lesnar officially got signed to the WWE (then known as World Wrestling Federation WWF) in the year 2000 and was sent to the industry’s developmental territory in Ohio Valley. (OVW).

It was at the development territory that Lesnar formed a tag team with Shelton Benjamin, his former roommate at the University of Minnesota. 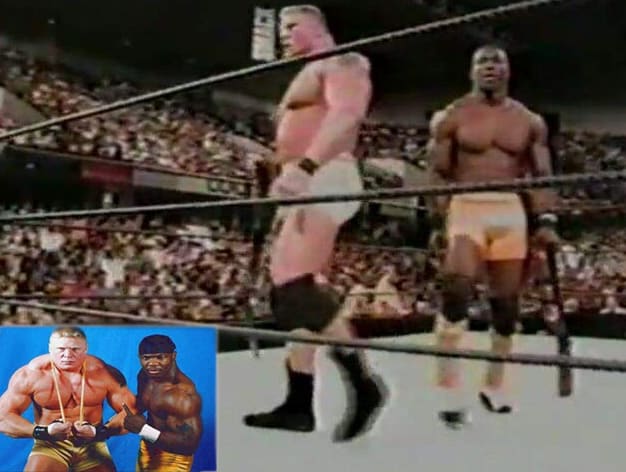 Together, they won the OVW Southern Tag Team Championship thrice before Lesnar was called up to WWF’s main roster in 2002.

2002 was an eventful year for Lesnar, who made his televised WWE debut in March 2002 by attacking Al Snow, Maven and Spike Dudley during their match.

Nicknamed “The Next Big Thing” by his agent Paul Heyman, Lesnar recorded a mix of wins and losses in subsequent fights between April and July 2002.

His breakthrough, however, came in August 2002 when he defeated The Rock at SummerSlam, a victory that saw him break The Rock’s record by becoming the new WWE Undisputed Champion at the age of 25. 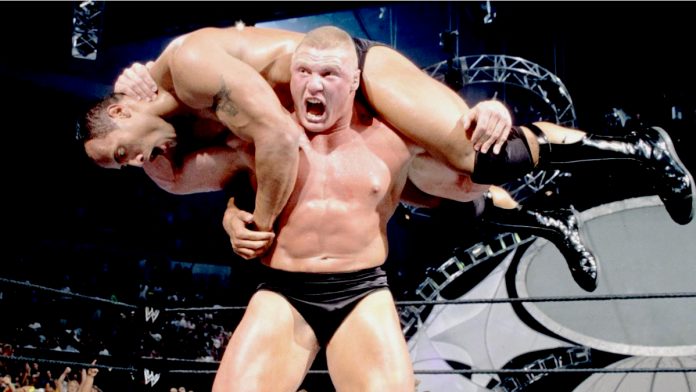 Lesnar has only had two relationships. We bring you details of romance life.

First was his relationship with fitness model, Nicole McClain, who he met and started dating during his senior year at the University of Minnesota in 1999. 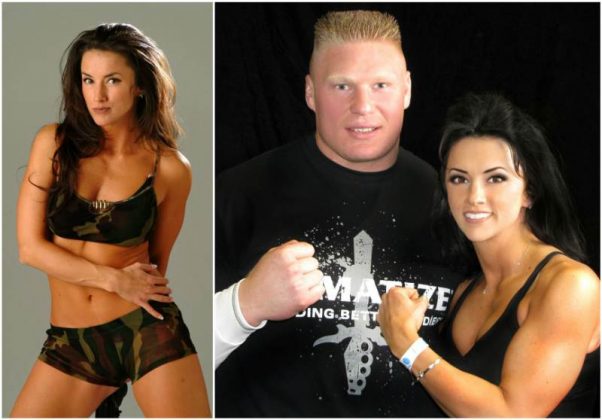 Although the duo never got married, their relationship gave rise to the birth of twins Luke and Mya (born in 2000).

Moving on, Lesnar was attracted to a female wrestler, Rena Sable, who turned out to be his future wife. The couple to be started dating in 2004 when Sable got divorced from her ex-husband and wrestler, Marc Mero.

Asides from the two sons, Lesnar is a stepfather to Mariah (pictured below), a daughter born of Sable’s marriage to first husband Wayne Richardson (married from 1986 to 1991). 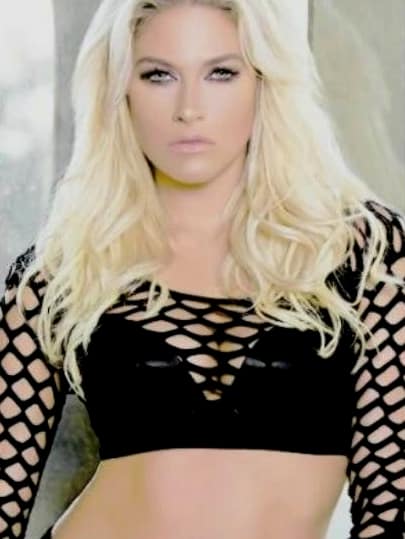 Brock Lesnar was born into a family of 6. We bring you factual details about members of his family.

Lesnar’s father, Richard Lesnar, was a dairy farmer who supported his son’s education with proceeds from sales of the farm products.

It was Richard who facilitated Lesnar’s entry into wrestling competitions during his basic education and still supports his son’s wrestling career to date. 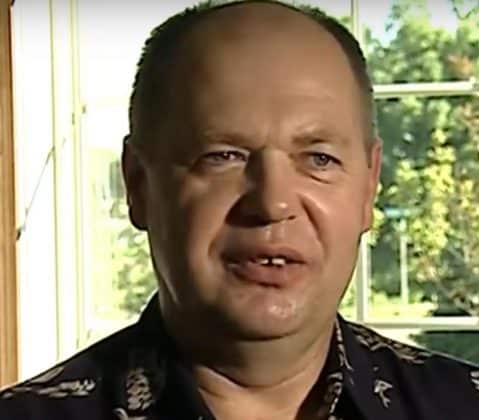 Lesnar’s mother, Stephanie Lesnar, also worked in the family’s diary. Stephanie was also of immense support to Lasner’s wrestling endeavours, serving as the motivating force behind his successes. 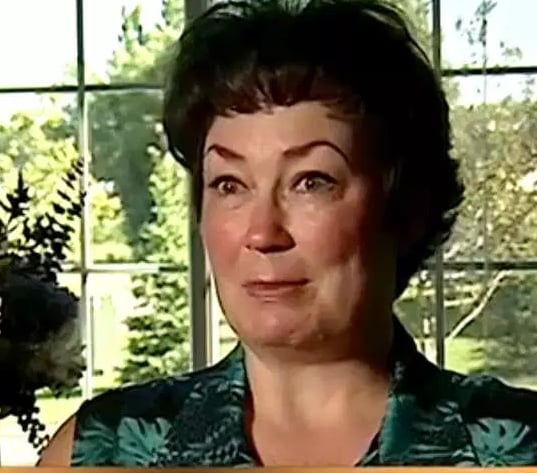 “My mom didn’t accept any excuses. If I lost, it was my fault. Just like crying was not acceptable if I lost, there was no big celebration if I won.

Instead, my mom would just say, ‘Good job, Brock. You won. That’s what you’re supposed to do.’”

Notes Lesnar in his book Death Clutch: My Story of Determination, Domination, and Survival.

Little is known about Lasner’s elder brothers Troy and Chad Lesnar, as well as his sister, Brandy.

According to his book; Death Clutch: My Story of Determination, Domination, and Survival, Lesnar reveals that his siblings were interested in athletics but never pursued it to a professional level.

“My two older brothers, Troy and Chad, were standout athletes in their own right, but chose not to pursue sports as a career. My poor little sister, Brandy, was a very good athlete too, But no matter how well she did, she still had to live in the shadow of her big brother Brock.”

Lesnar has a number of nicknames that are borne of his personality in the wrestling ring. The nicknames include “The One in 22–1”, “The Next Big Thing” and “The Anomaly”. Others are “The Night Mayor of Suplex City”, “The Conqueror” and “The Beast Incarnate”. 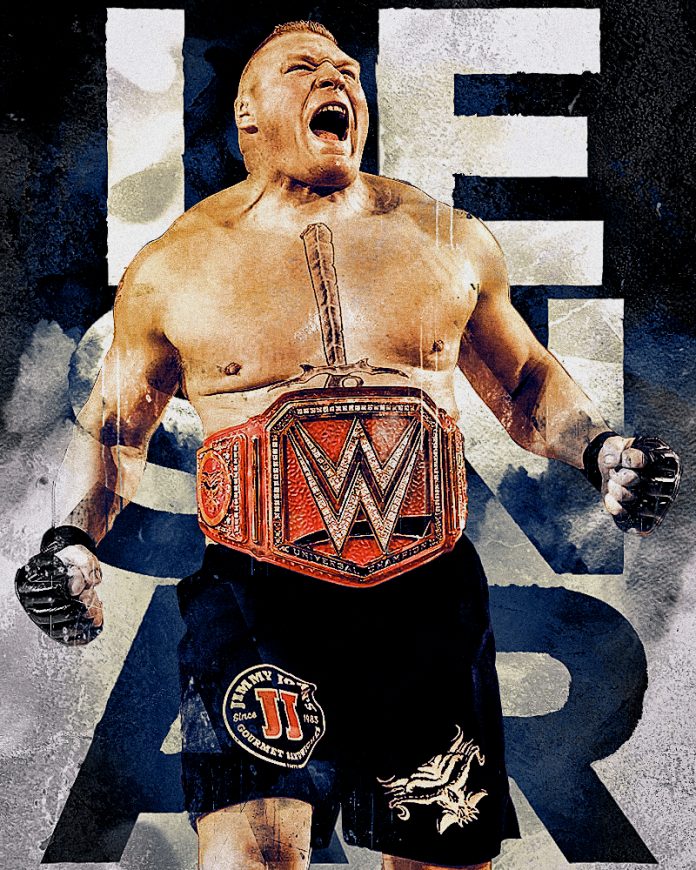 Lesnar is a determined professional combatant whose stoic upbringing shaped him into “The Conqueror” that excels against all odds.

Though intolerant of failure, sometimes cocky and arrogant, Lesnar accepts himself for who he is and appreciates if others see him in the same light. 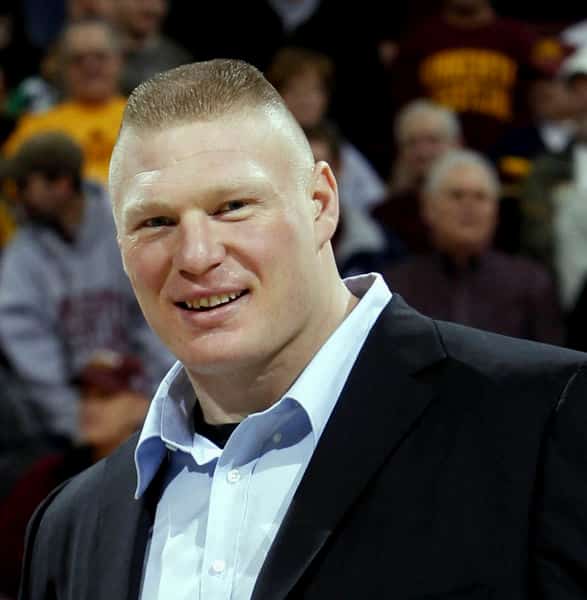 In addition, Lesnar is an extremely private individual who dislikes the media. Resultantly, he rarely participates in interviews and avoids questions pertaining to his private life. 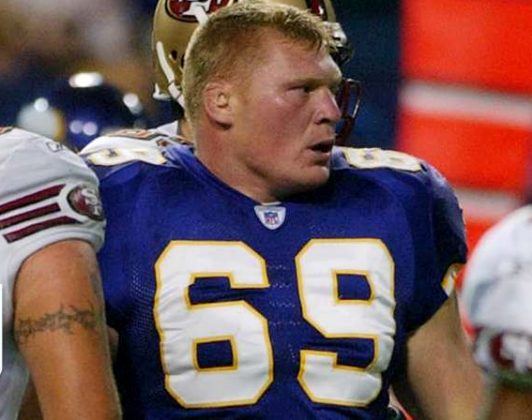 “I felt like life was holding a sword right up against my throat, so I went under the ink gun because I never wanted to forget exactly how I felt at that time. I know I can use this memory as motivation.” 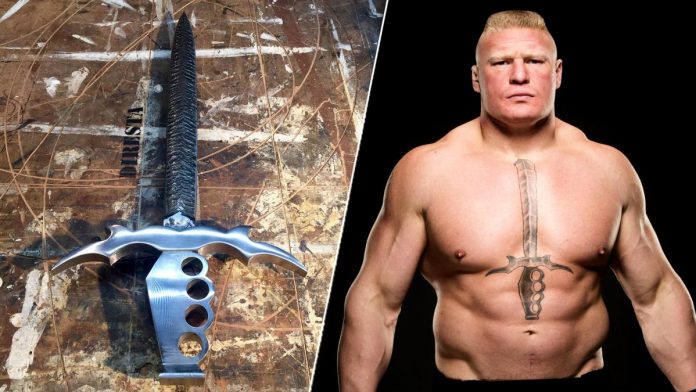 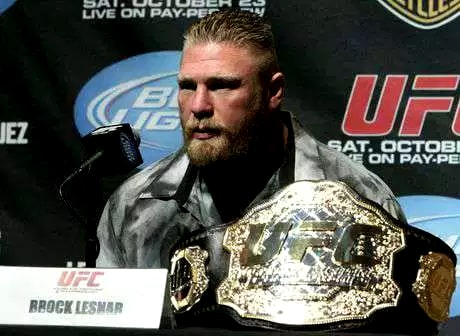 Thanks for reading our Brock Lesnar Childhood Story, plus untold biography facts.

At ChildhoodBiography, we strive for accuracy and fairness in our quest to deliver WWE Biography Stories. Please stay tuned for more! The History of Lars Sullivan and Charlotte Flair will excite you.