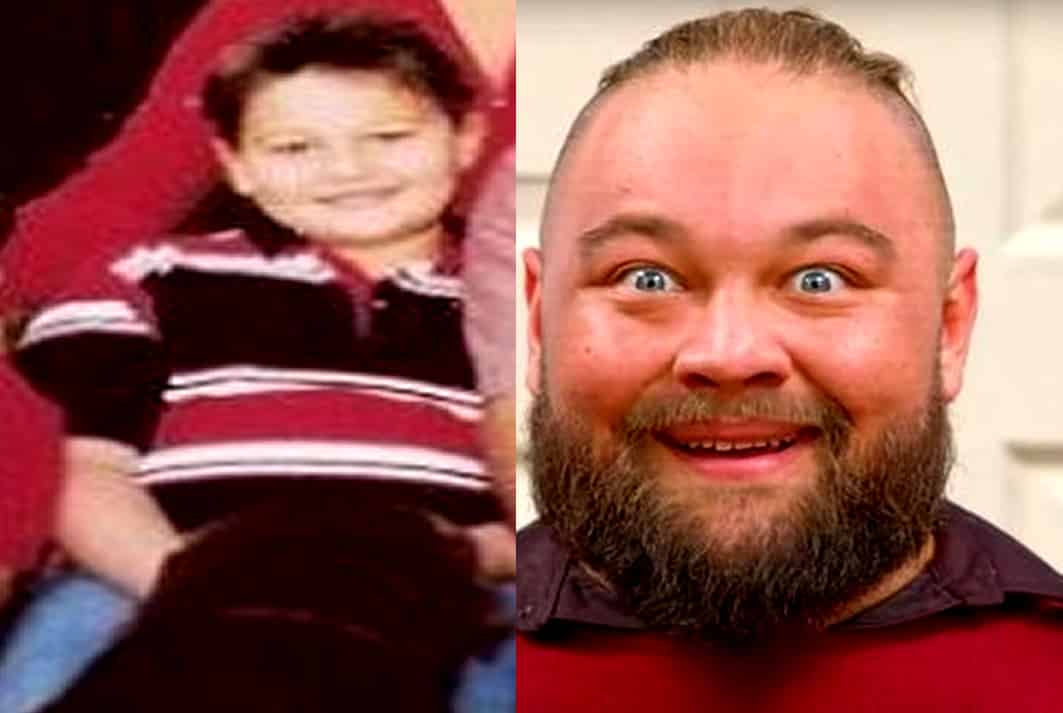 For Biography starters, he bears the nickname “The Fiend“.

More so, his Early Life, Lifestyle, Personal Life and other notable events right from when he was a child to when he became popular.

Yes, everyone knows of him portraying the dark creature and a mystical cult leader role in WWE Shows.

However, only a few consider Bray Wyatt’s Biography, which is quite interesting. Now, without further ado, let’s begin.

Starting off, his full names are Windham Lawrence Rotunda. Bray Wyatt was born on the 23rd day of May 1987 to his parents in the city of Brooksville in Florida, the United States.

He is the first of three children born to his mother, Stephanie Rotunda, and father, Mike Rotunda. As you have observed, Rotunda is a surname bore by Bray Wyatt’s family members.

Wyatt’s American nationality is unquestionable, even though not much is known about his family origins.

But we sure know that he grew up in the city of Brooksville in Florida alongside his brother, Taylor Michael, and sister, Mika Rotunda.

Below is a rare early photo that shows Bray Wyatt’s parents alongside himself and his two siblings. 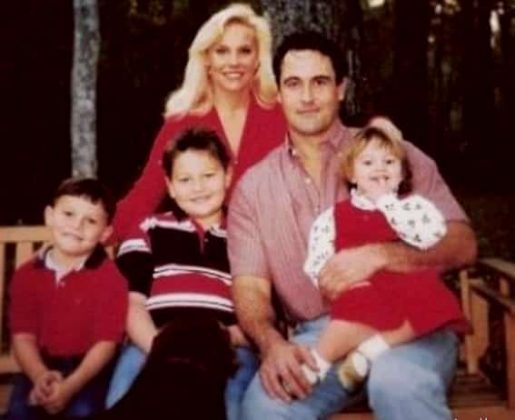 Growing up in Brooksville, young Wyatt was an athletic kid who fell in love with American Football as his first childhood sport.

He was passionately given to playing to the sport even though his parents had their interests in another line of family sports.

Back then, Bray Wyatt’s parents operated what was more than a middle-class household. Family monies came from Wrestling, which was the ideal family sport practised by the family generations.

Speaking of the family sport, Did you know that Wyatt’s Grandfather and father were one-time wrestling professionals?. He even had uncles who were also outstanding professionals in the sport.

Wyatt’s grandfather is the legendary Blackjack Mulligan while his other sons (Wyatt paternal uncles) that also left their mark in the world of professional wrestling are – Barry and Kendall Windham.

Having his super dad wrestle during his childhood time, it was only natural that young Wyatt would flirt with wrestling at some point in his early life.

Early on, Bray Wyatt’s parents had him enrolled at Hernando High School, one that helped him find his calling.

In fact, Wyatt was a part of Hernando High’s team which won a state wrestling title before his parents made him progress to College of the Sequoias.

While at College of the Sequoias, Wyatt did impressively play football for two seasons, a development that saw him secure a football scholarship to Troy University.

It was at Troy University that Wyatt was very much given to playing football, to the detriment of his academics.

As such, he fell short of earning adequate credits for graduation. Angry and feeling lost, Wyatt made the decision to drop out and fall back on professional training in wrestling.

When time and destiny got right, Wyatt made his debut with Florida Championship Wrestling (FCW) in April 2009 using the ring name Alex Rotundo.

While at FCW, the wrestling prodigy and his brother Taylor “Bo” Michael won the championship title by forming a tag team.

Subsequent early wrestling endeavours saw Wyatt move on to NXT where he made regular appearances in WWE under the stage name Husky Harris.

What more?… In 2012 Wyatt adopted the stage name “Bray Wyatt” and branding as the villainous cult leader of The Wyatt Family which was notorious for assaulting fellow wrestlers. 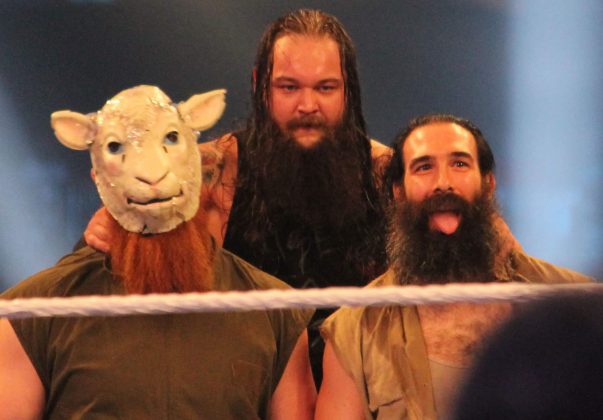 The turning point of Wyatt’s career came in 2013 when he gained entry into WWE main roster and went on to start a one-on-one feud with John Cena, but eventually lost out to The Cenation Leader.

In the ensuing years, Wyatt remained pretty much in the limelight due to his feuds with several wrestlers like Dean Ambrose, The Undertaker Ryback and Randy Orton who became a part of the Wyatt family at some point.

Fame eventually knocking at Wyatt’s door in 2017 when he fought in a match to earn the WWE Championship at Elimination Chambers. 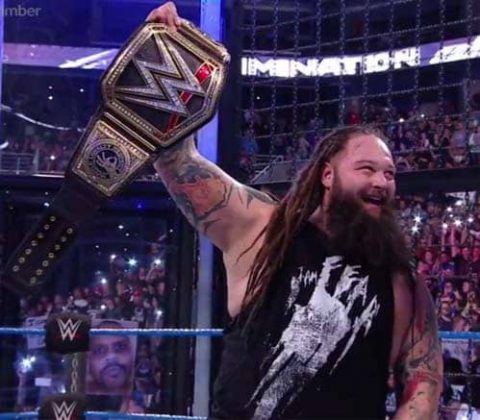 He went on to consolidate his earlier victory by forming a tag team with Matt Hardy. Together, the duo had great success. To the delight of his fans, Bray Wyatt held his Universal title reign at 118 days. The rest, as they say, is history.

Moving on to Wyatt’s love life, the wrestler has been down the aisle twice. The first was with his high school sweetheart, Samantha.

Theirs was a love that seemed unending, as Wyatt didn’t consider having any other girlfriend before tying the knot with her in 2012. 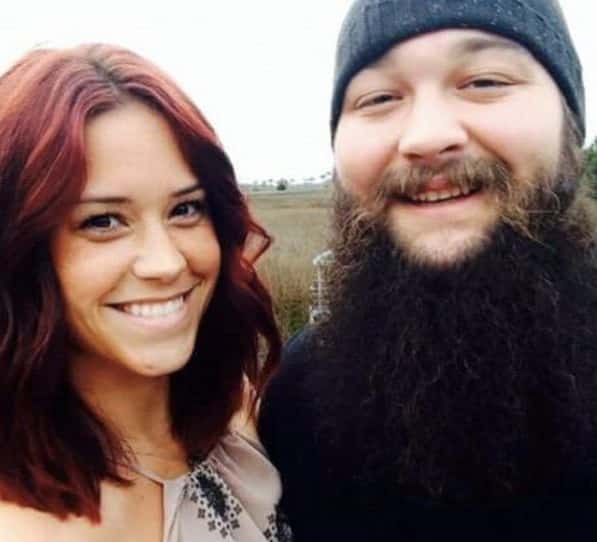 The then-couples went on to have two kids before splitting in 2017. Following the divorce, Wyatt made public his relationship with his secret girlfriend and WWE ring announcer JoJo Offerman in 2018.

The lovebirds who are yet to become husband and wife (as at Feb 2020), have moved in together and have a newborn son called Knash. 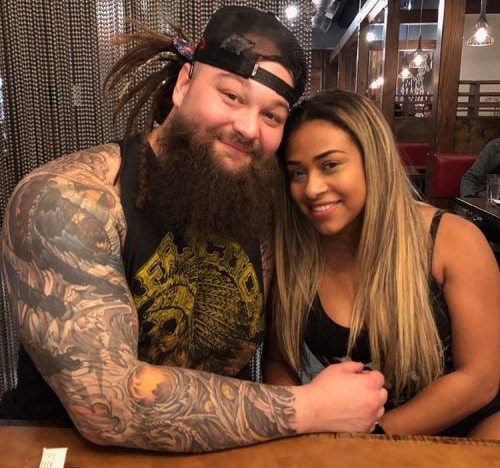 Family is where love and support never cease flowing for Bray Wyatt. In this section, we’ll bring you facts about Bray Wyatt’s parents and the rest of his family members. 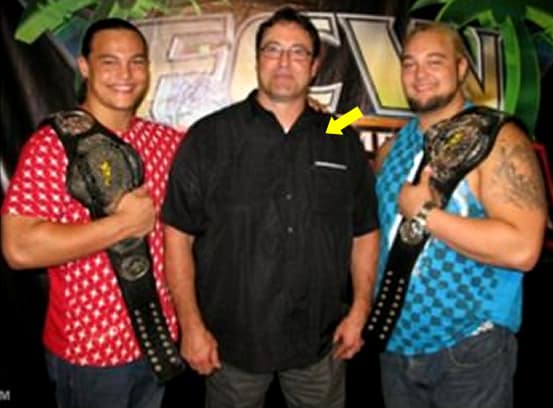 Wyatt’s dad, Mike Rotunda is a Wrestling Legend. He is proud to have Wyatt adopt the wrestling sport as a viable alternative after dropping out from Troy University. Being an ex-professional wrestler, Wyatt’s dad – Mike doubles as an instructor and trainer to him.

Stephanie Rotunda is Bray Wyatt’s mum. She like her husband also comes from a family of wrestlers. Stephanie is the daughter of former wrestler’s late Robert Deroy Windham AKA Blackjack Mulligan. Stephanie is proud to see her son follow the footsteps of their grandparents. 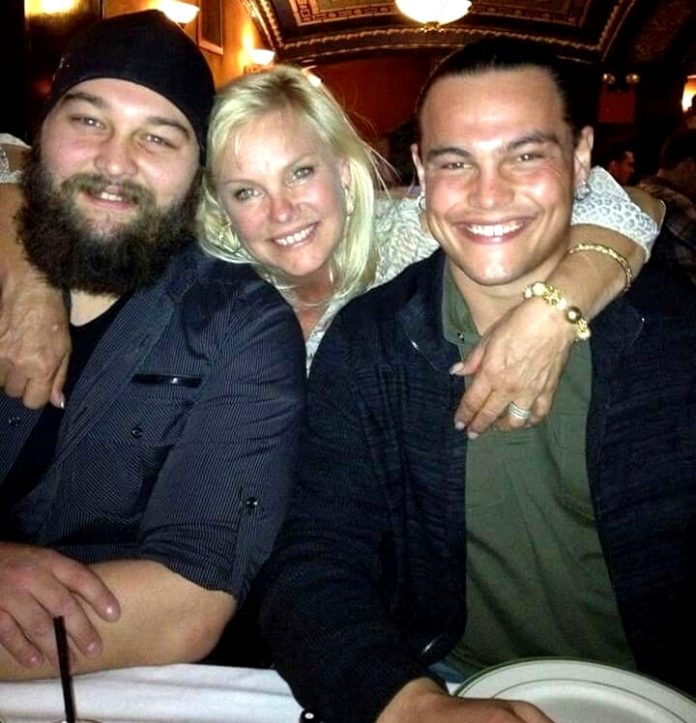 The wrestler has two siblings who he grew up with. They include his younger brother Taylor Michael Rotunda, nicknamed Bo Dallas as well as sister Mika Rotunda.

Like Bray Wyatt, Bo Dallas has an extensive wrestling career, but not as illustrious as that of his older brother.

According to our findings, Bray Wyatt’s sister Mika is not a professional wrestler but has an interest in the sport and other fields of human endeavor. 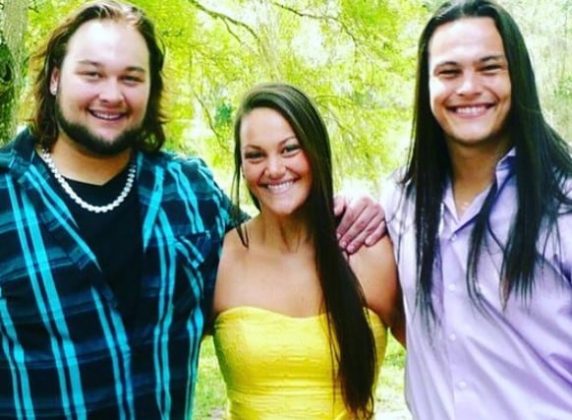 While very little documentation exists about his aunts, we know of Kendall and Barry Windham who are Bray Wyatt’s uncles. The latter is best known for his appearances with the National Wrestling Alliance (NWA) and World Championship Wrestling (WCW).

Away from his in-ring endeavors, Bray Wyatt has a huge persona whose traits are defined by Aries Zodiac sign. He is energetic, assertive, resilient, has a great sense of humor and rarely reveals facts about his private and personal life.

Activities which the wrestler engage as his interest and hobbies include travelling, playing American football, listening to music, playing video games, watching movies and spending good time with his family and friends.

Like most wrestlers, Bray Wyatt is into wrestling as a means to best express his energetic persona. Notwithstanding, he does earn a significant deal in salaries and wages from the sport.

As a result, Wyatt has an estimated net worth of over $2 million at the time of writing this bio and lives a luxurious lifestyle.

Such lifestyle is made evident in Wyatt’s car collection that includes a Dodge Challenger SRT Demon. The car joins other super rides in entering and exiting the garage of the wrestler’s expensive house in Miami in Florida.

To wrap up our Bray Wyatt childhood story and biography, here are little-known or untold facts about the wrestler.

Origin of his Fiend Mask:

When Bray Wyatt began his transformation into the Fiend, he went to one of the US best to help him craft his iconic mask. Bray Wyatt sought the services of Savini who is very popular for his groundbreaking work in the field of special make-up effects.

Who is Sister Abigail?

We all know Bray Wyatt has a finishing move which is called Sister Abigail who is said to have passed on long ago, with her grave being shown multiple times. Truth is, Sister Abigail isn’t dead as Bray has portrayed her to be. She alive and just hasn’t made her debut in the ring.

Bray Wyatt is not big on religion. This is evident in the fact that his social media pages are devoid of faith-promoting content. But the odds are in favor of him being a Christian.

Did you know that a particular quality that helps the wrestler stand out is his ability to change his previous tattoos or body arts to anything that matches his continuous branding in WWE? 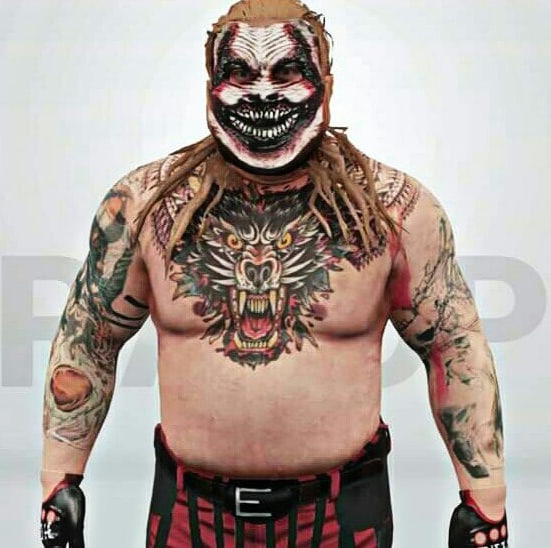 It would be easier to watch the wrestler lift more titles in WWE than catch him smoking or drinking irresponsibly. But we sure know that he values his health and won’t indulge in health-compromising habits.

FACT CHECK: Thanks for reading our Bray Wyatt Childhood Story plus untold biography facts. At childhood biography, we strive for accuracy and fairness. If you see something that doesn’t look right in this article, please place your comment or contact us!