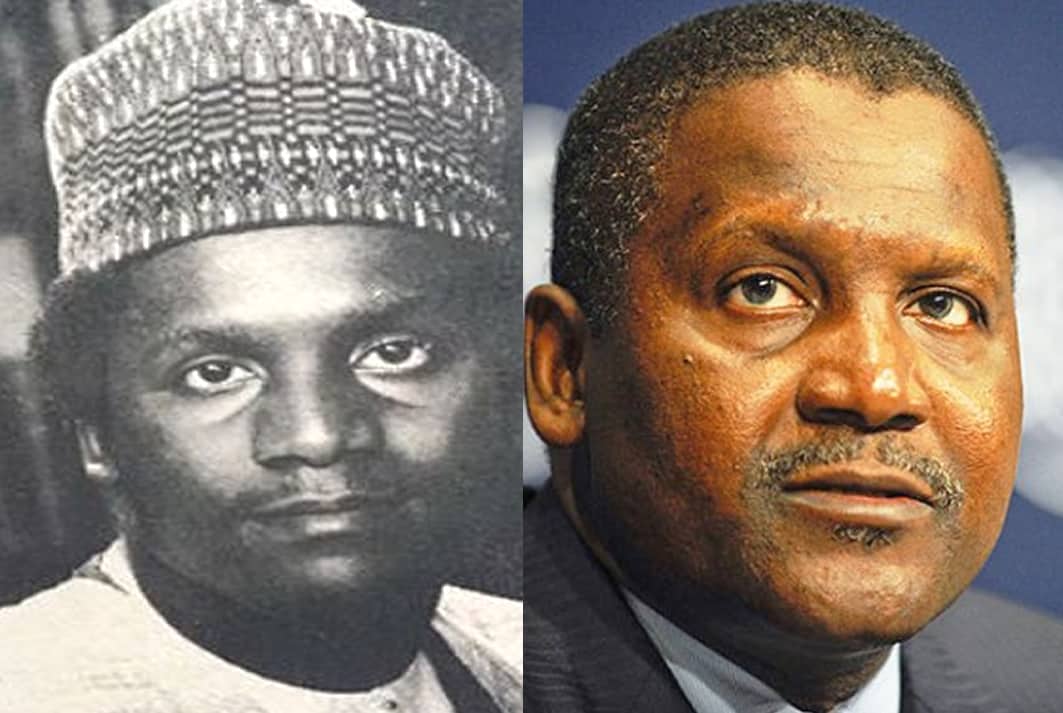 Our Aliko Dangote Childhood Story plus Untold Biography Facts brings you a full account of notable events from his childhood time to date.

The analysis of the Nigerian Billionaire involves his early life, life story before fame, family background and personal life. More so, other OFF and ON-Screen little-known facts about him.

Yes, everyone knows of his Dangote Group multi-billion company, its products, and services.

However, only a few consider Aliko Dangote’s Biography, which is quite interesting. Now, without further ado, let’s begin.

For Biography starters, Aliko Dangote was born on the 10th day of April 1957 in the ancient commercial city of Kano, in Kano State, Nigeria. He was born to his mother, Mariya Sanusi Dantata, and to his father, Mohammed Dangote.

Young Dangote was born into a wealthy household and raised in the prosperous city of Kano State, beholding the city’s wealth and rising groundnut pyramids alongside his younger brothers, Sani and Bello.

The budding business mogul was only 8 years of age when he lost his father in 1965. He was thereafter raised by his maternal grandfather, Alhaji Alhassan Dantata, who was one of the richest men in Kano city at the time.

Alhaji Dantata was not alien to running prosperous businesses. In fact, he made a great fortune from successful sales of rice, oats and building materials.

Young Dangote took after his business-minded grandfather whom he keenly observed while growing up.

Dangote belongs to the class of natural businessmen who sought to be fairly educated while pursuing profiting business endeavours.

The business magnate in the making was first enrolled at a basic or primary school known as Sheikh Ali Kumasi Madrasa in Kano State.

While at the school, Dangote developed a precocious sense of making money by earning from his classmates and school pupils.

“I can remember when I was in primary school, I would go and buy cartons of sweets and I would start selling them just to make money. I was so interested in business, even at that time.”

Subsequent academic endeavours saw Dangote had his secondary education at Capital High School in Kano as well as studied business and administration at Al-Azhar University in Cairo, Egypt.

1977 was the year that Dangote hit the ground running as he wasted no time in acquiring capital to start off his business after graduating from university.

While many sources posit that Dangote acquired the capital from his uncle, Alhaji Sanusi Dantata, others maintain that it was his grandfather Alhaji Alhassan Dantata that loaned him the money.

Whichever way the argument tilts, Dangote is quoted to have revealed the source of his initial capital during an interview:

The loan was meant to be paid back whenever I could pay maybe after three or four years. However, I paid all within six months.”

Dangote put the loan to good use by establishing what is now know as Dangote Group in 1977. The firm started as a small trading business whose early trade constitute wholesale import of sugar from Brazil and rice from Thailand.

It wasn’t until 1997 that the company built its own plants to produce what it had been importing in the past 20 years.

Fast forward to date, Dangote Group is a multi-trillion-naira conglomerate that moved from being a small trading company to the largest industrial group in Nigeria and has operations in Benin, Ghana, Nigeria, and Togo.

It is said that behind every successful man is a woman, but here stands Dangote, proving to be an exception and a good one at that.

The richest man in Africa has had his share of failed marriages and rejection. First was his marriage to an unknown woman that was reportedly selected for him by his family in 1977.

While little is known about how the marriage ended, Dangote fell in love many years later with Nefisat, the daughter of a late Nigerian President, Musa Yar’adua in 2009.

Nefisat surprisingly turned down his advances, leaving him with no choice but to move on and get married to Mariya A.D Muhammad Rufai. The union also ended up in divorce.

Dangote was subsequently rumoured to have dated beauty queen Sylvia Nduka in 2013. However, there is no concrete proof to back the claims.

Fast forward to 2018, the business mogul revealed that his busy schedule is responsible for his failed relationships. According to him:

‘I am not getting younger. 60 years is no joke. But it doesn’t make sense to go out and get somebody if you don’t have the time’.

Notwithstanding, Dangote has no fewer than 15 children including three grown-up daughters.

The daughters include Halima Dangote, Mariya Dangote and Fatima Dangote. The beautiful trio had a good education in the United Kingdom and hold executive roles in their father’s business empire.

To begin with is Dangote’s late younger brother Bello. The young man died in a plane crash on the 17th day of January 1996 while enjoying a flight with Ibrahim Abacha, son of former Nigerian despot, Sani Abacha.

Until his death, Bello was the closest person to Dangote and was known to be a great thinker and visionary.

Next is Sani Dangote. He is also Dangote’s younger brother. Sani serves as the Vice President of Dangote Group. He also has investments in key sectors of the economy that include agriculture, banking, manufacturing and oil services. 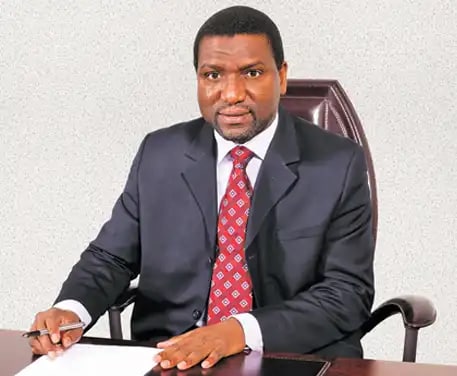 Dangote receives no fewer than 150 calls on a daily basis, not to mention tonnes of emails.

The high employer of labour has extremely busy schedules that see him only spend a few hours in other countries.

“Sometimes I go all the way from here (Nigeria) to China, and spend only five hours in China and come back.

That’s why I don’t take my private jet to China because the pilots need hours to rest, and the hours that they need, which is nine hours, I don’t have. So I have to take Emirates.”

The line of business in Dangote Group brand goes beyond cement manufacturing and sugar refining.

The group also pursues new frontiers in refinery & petrochemicals, infrastructure, gas pipeline and agriculture for the purposes of ensuring self-reliance in Nigeria.

Dangote was awarded Nigeria’s second-highest honour, Grand Commander of the Order of the Niger (GCON) by former President of Nigeria, Goodluck Jonathan on the 14th of November, 2011. 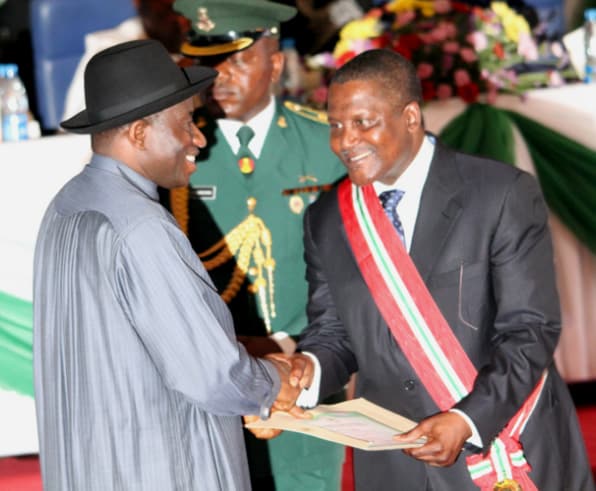 Aliko Dangote Personal Life away from being a Billionaire:

Dangote is a hardworking businessman with an allotted time of 24 hours like everyone else. He starts his day with exercise with much preference for jogging.

Dangote relaxes when stressed out and fasts once every week to help clean his system. 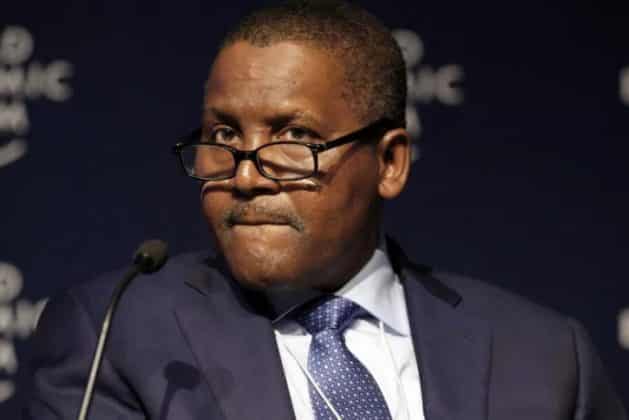 He is a practising Muslim who go with the title ‘Alhaji’ and has numerous philanthropic endeavours to his credit. Regarding his hobby, Dangote has no favourite hobby other than work!. According to him:

“I don’t really take my job as something I have to do, it is my hobby. Twenty-four hours in a day really is not enough.”

Dangote has numerous luxury houses within and outside Nigeria. Notable among many is his mansion in Abuja worth $30 million. The luxury house has hosted notable personalities including Bill Gates. 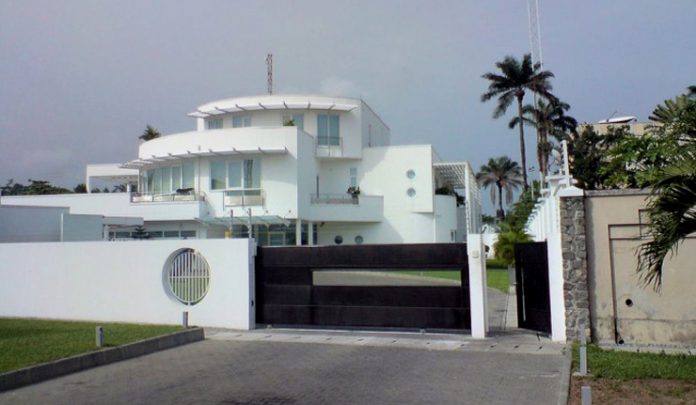 It goes without saying that the first Nigerian to enter the Forbes list has a number of exquisite cars including Bentleys, Maybach, Mercedes and Bugattis.