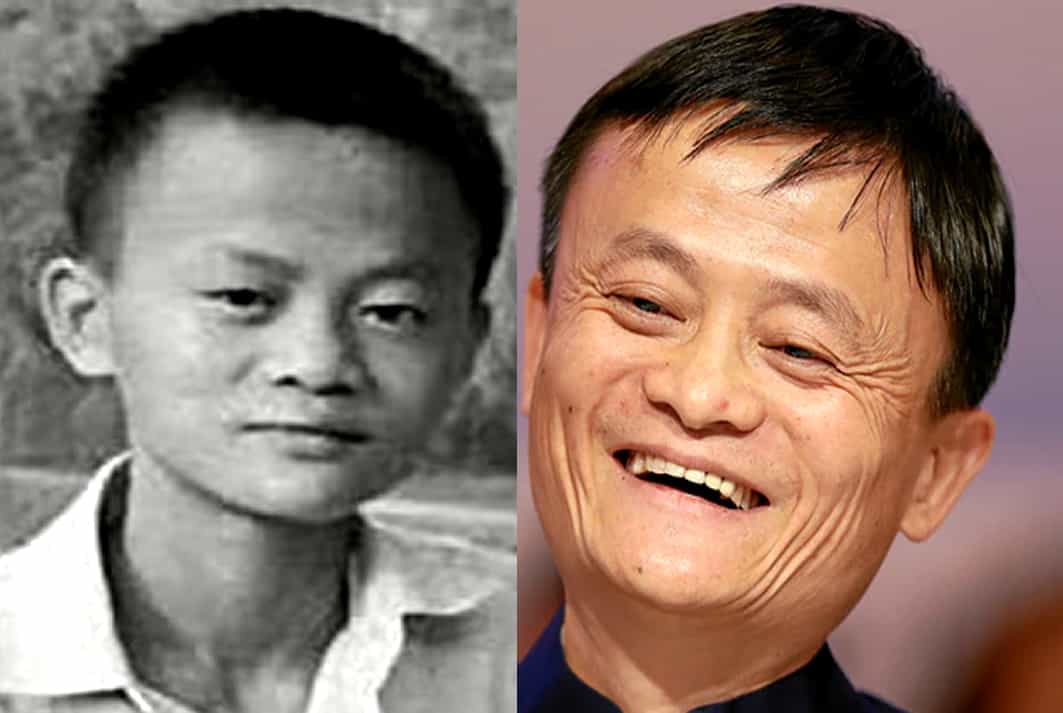 Our version of Jack Ma’s Biography Facts, including his Childhood Story, brings you a full account of the notable events of his boyhood days. We then proceed to tell you how the Chinese Billionaire became famous.

Yes, everyone knows he is one of the world’s greatest living examples of entrepreneurship. However, only a few consider Jack Ma’s biography, which is quite interesting. Now, without further ado, let’s begin.

For Biography starters, Jack Ma – christened Ma Yun – was born on the 10th day of September 1964 at the populous city of Hangzhou in China.

He is the second of three children born to his mother, Cui Wencia, and to his father, Ma Laifa. Behold, Jack Ma’s parents.

True to his looks and accent, Ma’s has his family origin is China. He is of Asian ethnicity with eastern-Asian family roots.

The business magnate was raised in a lower-class family background at his birth city in Hangzhou where he grew up alongside two siblings – an older brother and a younger sister. 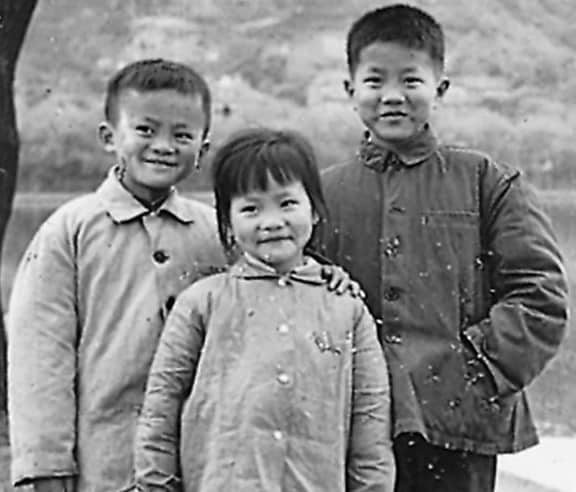 Growing up in Hangzhou, young Ma was a scrawny carefree kid who had varied childhood hobbies that included collecting crickets and pitting them against each other.

In addition, he wasn’t one to shy away from picking fights with his peers even when they were slightly bigger than him.

However, a particular trait did intellectually set Ma aside from most kids of his age – it was his penchant for learning new things including language.

By the time Ma was aged 8, his birth city – Hangzhou had become a place of tourist attraction following the then-Us President Richard Nixon’s visit to the city.

5 years later, teenage Ma made a religion out of waking up very early to visit Hangzhou main hotel where he offered visitors tours of the city in exchange for English Lessons.

While Ma was at it, he wasn’t found lacking in his high school education neither did his long-term gigs as a tour guide suffer.

Ma was even known to befriend tourists of which one named him ‘Jack’ because he had challenges with pronouncing Ma’s Chinese name.

Upon completion of his high school education, Ma struggled with gaining admission into college twice.

He eventually secured a place at Hangzhou Normal University on his third trial and went on to become the institute’s head of student council before graduating with a B.A in English Language in 1988.

Thereafter, Ma briefly worked as a lecturer in English and International Trade at Hangzhou Dianzi University. 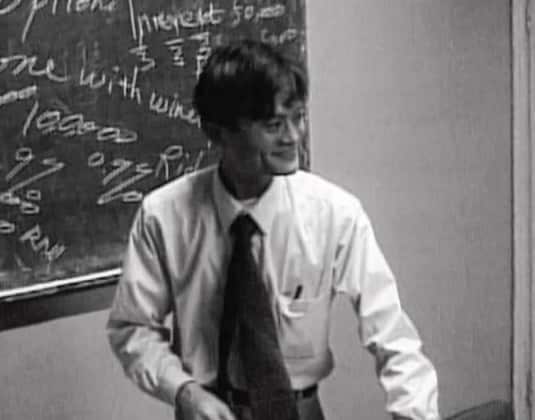 Although Ma loved his job and was natural with his students, the paltry pay of $12 a month made him remain on the lookout for better opportunities.

While the opportunity seemed too far to come by, Ma established his first company – the Hangzhou Haibo Translation Agency that specialed in providing English translation and interpretations.

It wasn’t long before Ma heard about the internet in 1994 and saw the then-lack of Chinese web sites on cyberspace as a great business opportunity.

He maximized the opportunity by founding his first company – China Pages which created websites for Chinese businesses. 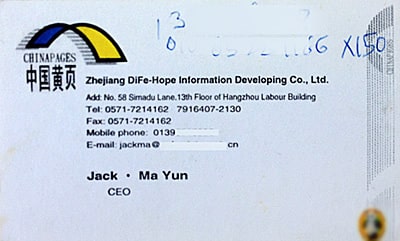 Nonetheless, Ma’s initial success in the IT industry caught the attention of the Chinese government which secured his services to head an Internet company in Beijing.

The way Ma figured it, working for the government would not avail him of the flexibility that he needed to tap on opportunities which the internet was providing especially in the then untapped field of e-commerce.

Thus, Ma quit his Job and led his team back to Hangzhou where he founded an online marketplace called “Alibaba.” 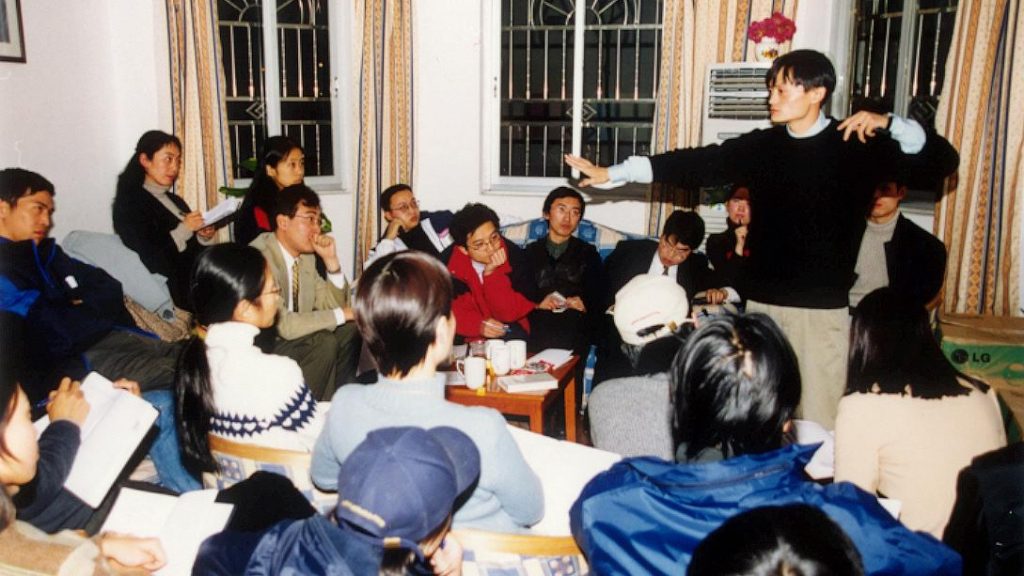 Alibaba started on the right footing by receiving a financial backing of $25 million which helped it achieve meteoric growth and expansion to 240 different nations.

Fast forward to the time of writing, Ma’s Alibaba has grown to become a conglomerate company with nine major Subsidiaries which have helped established him as one of the world’s richest people.

The subsidiaries include Alibaba.com, Taobao Marketplace, eTao, Tmall, Alibaba Cloud Computing, 1688.com, Juhuasuan, Alipay and AliExpress.com. The rest, as they say, is history.

There are only a few people who Ma considers as instrumental in his rise to fame story.

Among such is his beautiful wife Zhang Ying whom he met during their studies at Hangzhou Teacher’s Institute.

Ma – who is not known to have had any girlfriends before meeting Zhang – considered her as his perfect match for she admired him for his resourcefulness and even helped him found his first online company – China Pages. 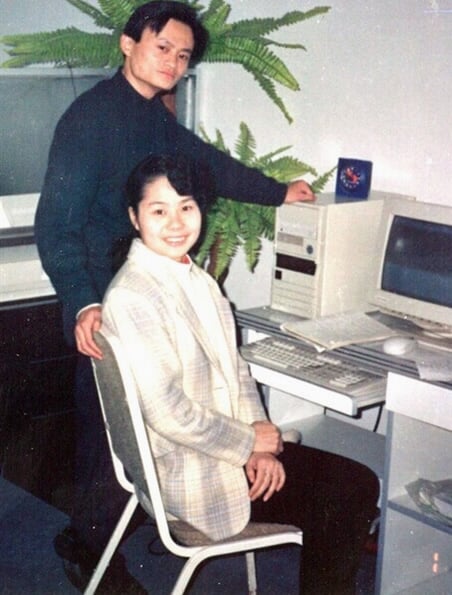 Although little is known about when they tied the knot, Ma and Zhang have been married for a long time and have three children.

They include a son named Ma Yuankun and a daughter identified as Ma Yuanbao. However, the identity of Ma and Zhang’s third child is yet unknown at the time of writing.

Moving on from Ma’s love life, his family life is one that has been kept from the spotlight. We bring present factual titbits about members of Ma’s family, beginning with his parents.

About Jack Ma’s father and mother:

Ma’s dad and mom have been identified as Ma Laifa and Cui Wencia respectively. The parents of the business magnate were of little-known family backgrounds and worked as traditional musicians.

They are also known to have worked as storytellers in order to give Ma and his siblings the best of early life that they could afford. 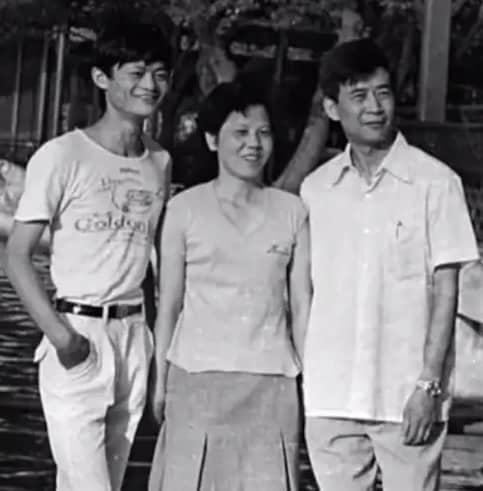 About Jack Ma’s siblings and relatives:

Ma has a little-known older brother and a younger sister who he unarguably had a happy childhood with as made evident in the series of photos which they took as kids.

On a more obscure plane, there are no records of Ma’s grandfather(s) and grandmother(s) while his uncles, aunts, cousins, nieces, and nephews are yet to be identified.

Do you know that Jack Ma’ embodies Virgo Zodiac personality traits that include focus, emotional intelligence and Humility?

Added to Ma’s persona is his virtuosity and ability to deliver motivational talk that spurs people into action. 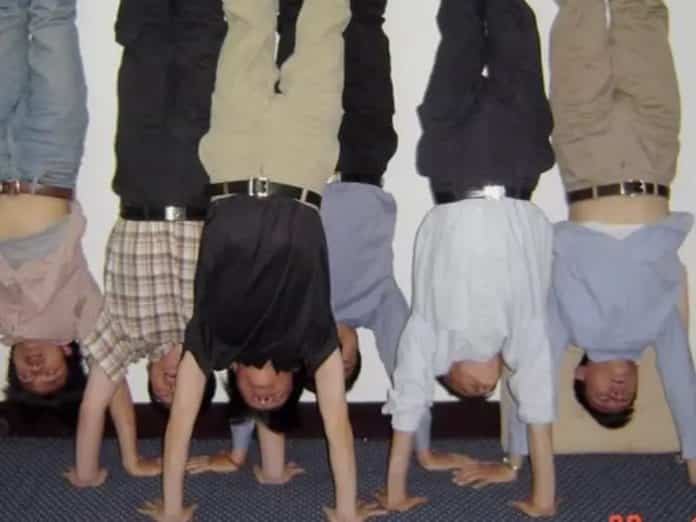 The investor who hardly reveals details about his personal and private life has interests in education, politics, philanthropy, business, and investments. 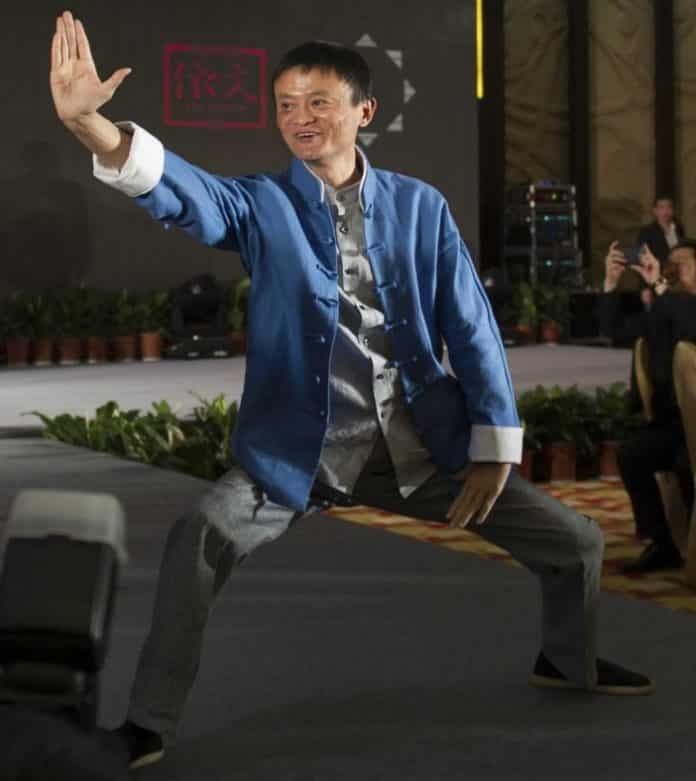 Speaking of how Jack Ma makes and spends his money; he has an estimated net worth of $41.4 billion at the time of writing this bio.

Ma’s wealth has its sources established in his Alibaba Group company holdings as well as stakes in multi investments.

As a result, it is not surprising that he lives a lavish lifestyle that is exemplified by his possession of luxury houses and cars. 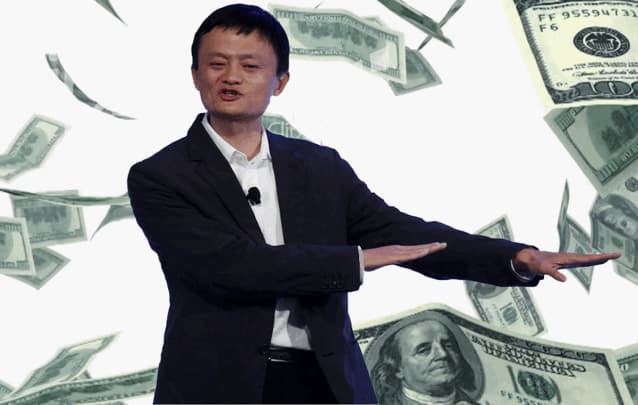 The houses include a $193 million home in Hong Kong and a $23 Million Property in New York.

Added to Ma’s seemingly unending list of assets is his expensive car collection that boasts of rides like BMW 760Li, Roewe RX5 SUV.

Ma also satisfies his need for aerial speed by owning a $61.5 million worth private jet called the Gulfstream 550.

Before we call it a wrap on Jack Ma’s childhood biography, here are lesser-known facts.

What is Jack Ma Religion?

Ma is not a religious person. However, he is interested in religion. And he has shown appreciation for Buddhism, Christianity, and Taoism.

Jack Ma regards Buddhism as more of a culture. Because it has been embedded into the Chinese lifestyle for hundreds of years.

The business magnate does not make a habit out of smoking. At the time of writing, he is given to having hard drinks like beers and wine at public functions. 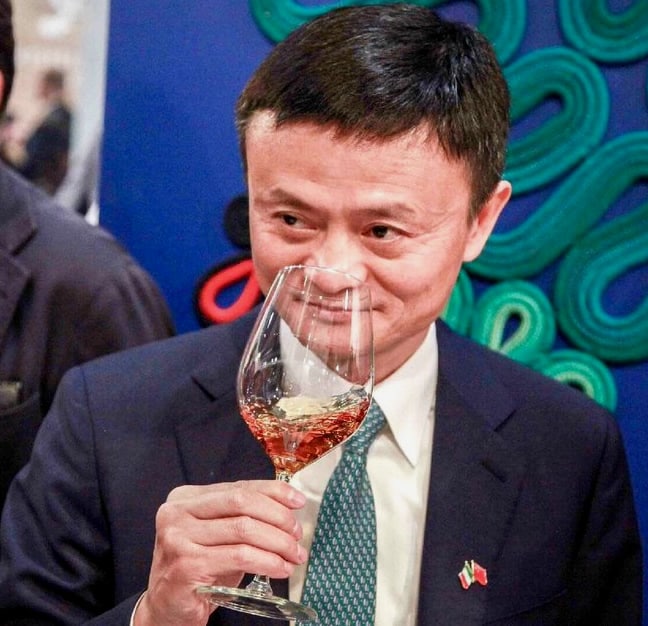 About the Alibaba name:

The business magnate named his first online marketplace “Alibaba”. This is because he knew the story of “Ali Baba and the Forty Thieves”. This story is from a collection of Arabic stories, called “One Thousand and One Nights”.

In the story, the phrase “Open Sesame” magically opens the secret door to a treasure trove. In the same way, Alibaba opens sesame for small- to medium-sized companies.

Away from business, Ma exhibits interest in the arts, including acting. He made his acting debut with a kung fu short film called “Gong Shou Dao” (2017).

That same year, Ma was an active participant in a singing festival. He also performed dances during Alibaba’s 18th-anniversary party. 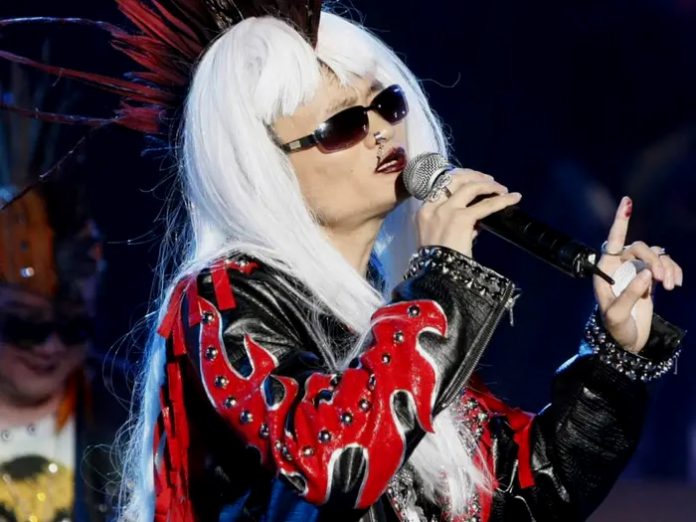 Although the nick was the name of a reclusive swordsman in a famed Chinese novel. Ma loves it and has stuck with it for a very long time.

Thanks for reading our Jack Ma Childhood Story, plus untold biography facts.

At ChildhoodBiography, we strive for accuracy and fairness in our quest to deliver you the Biography of Billionaires.

Kindly stay tuned for more related articles in our Billionaires category. You may find some interest in the childhood story of Larry Ellison, Mark Zuckerberg, Jeff Bezos, and Warren Buffett.