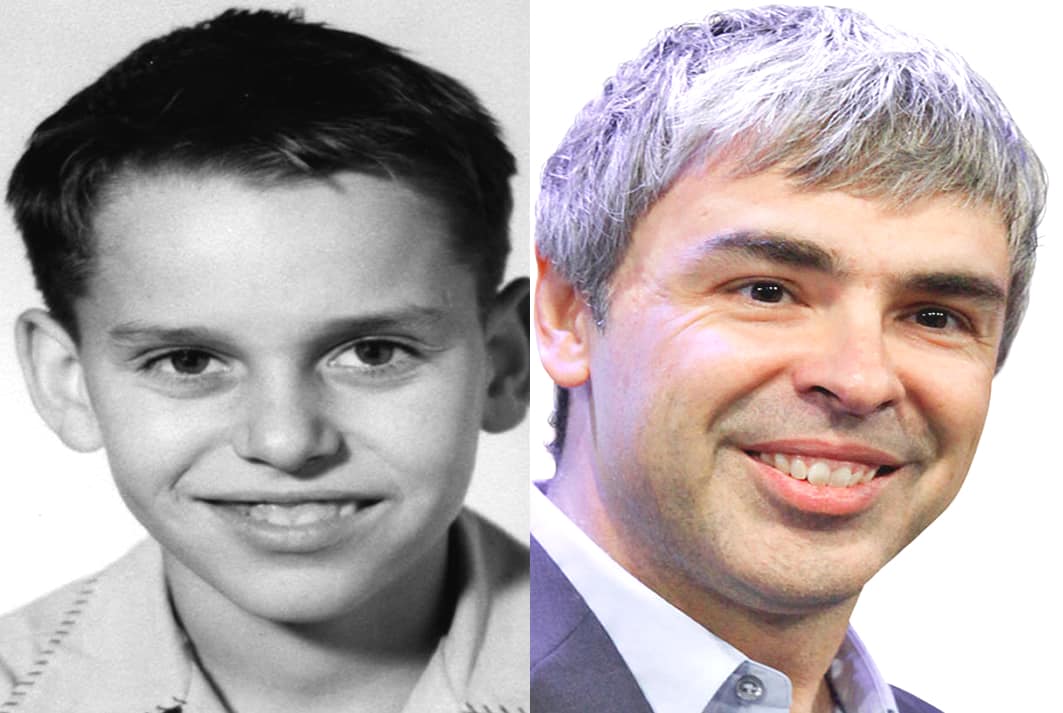 Our version of Larry Page’s Biography and Childhood Story brings you a full account of notable events from his childhood time to date.

The analysis of the American computer scientist involves his early life, life story before fame, family background and personal life. More so, other OFF and ON-Screen little-known facts about him.

Yes, everyone knows he is one of the greatest inventors in the IT industry. However, only a few consider Larry Page’s Biography, which is quite interesting. Now, without further ado, let’s begin.

For Biography starters, Lawrence Edward Page was born on the 26th day of March 1973 at Lansing in Michigan, U.S. He was the second of three children born to his mother, Gloria Page and his father, Carl Page.

The American national of white ethnicity with Jewish roots hails from a rich family background and was raised in his hometown in Michigan.

Growing up in Michigan alongside his older brother, Carl Victor Jr and his younger sister – Beverly, Larry was exposed to computer gadgets and techy information as a kid.

As a result, the family’s house was flooded with computers, tech and science magazines. By the time Larry was aged 6, he had begun playing with tech items in the house and, not long after, became a computer literate.

He also satisfied his curiosity by investing quality time in reading, an activity which made him resolve to be an inventor after he read the biography of Nikola Tesla.

While at the school, larry sustained his interest in computers and became the first kid in the school to turn in an assignment from a word processor.

The tech prodigy thereafter progressed to East Lansing High School, where he had his high school education.

While studying at the high school, Larry spent two summers attending Interlochen Center for the Arts, where he studied music composition and learnt how to play the Saxophone.

Upon graduation from high school, Larry began his studies to earn a Bachelor of Science degree in computer engineering from the University of Michigan.

It was at the University of Michigan that Larry put his inventorial capabilities into use, beginning with creating an inkjet printer made of Lego bricks.

Thus, he reverse-engineered ink cartridges as well as built the electronics and mechanics needed to drive it.

Subsequent early innovative thinkings saw Larry joined the university’s solar-car team (pictured below) and suggested that the institution ditch its bus system of transport to build a monorail-like “personal rapid-transit system” that will facilitate shuttles between its campuses. 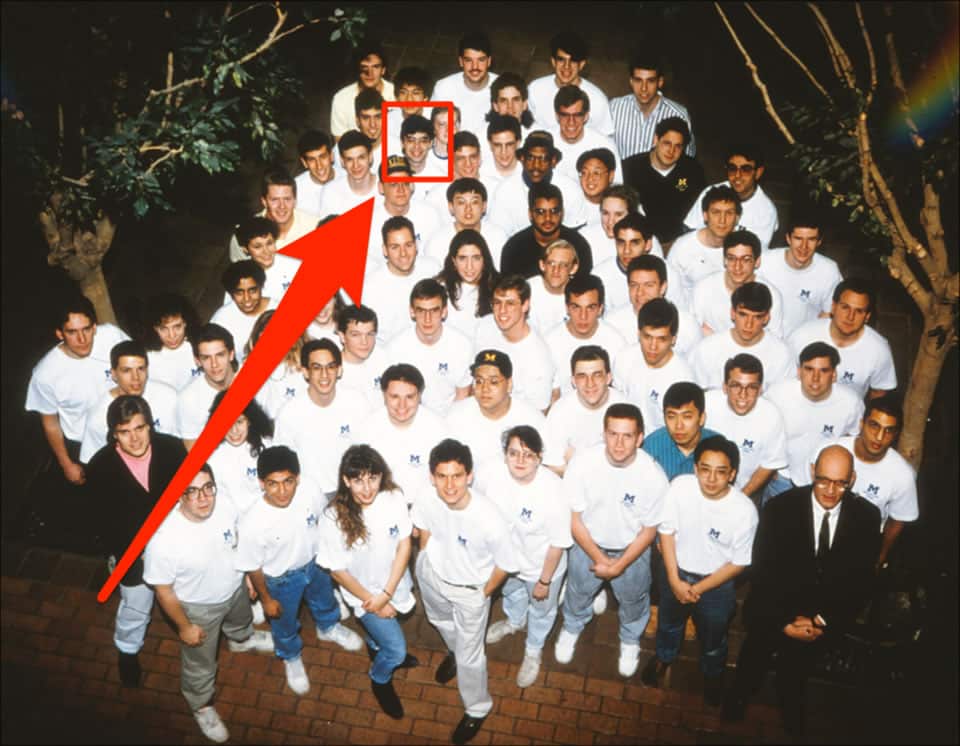 His dissertation theme was centred on exploring the mathematical properties of the World Wide Web, understanding its link structure as a huge graph and finding out which web pages linked to a given page.

Larry was joined by Sergey Brin, a fellow Stanford PhD student who took an interest in the project and served as his research assistant.

Larry and Sergey soon authored their research paper titled “The Anatomy of a Large-Scale Hypertextual Web Search Engine” and built a search engine – initially called ‘BackRub’ in 1996 and renamed it “Google” not long after.

The duo decided to transform their project into a company and used financing amounting to $100,000 from the co-founder of Sun Microsystems, Andy Bechtolsheim, to incorporate Google as a company in 1998.

Larry appointed himself as CEO, while his partner Sergey served as Google’s president.

The innovators went on to make their new company well grounded by obtaining a total of $1-million loan from friends and family to facilitate their move from the garage office where Google was first operated to a Mountain View office in Palo Alto by the start of 2000.

Larry is a married man. We will bring you details about his dating history and marital life.

To begin with, Larry is not known to have dated any woman before he met his wife and research scientist, Lucinda Southworth, in 2006.

Larry and Lucinda began dating in 2006 and got married months later in 2007, on Richard Branson’s Necker Island.

The couple have stayed married ever since and have had two children whom little is known about other than their birth years. The first was born in 2009, while the second came through in 2011.

Lucinda is six years younger than Larry and hails from a rich family background. She is well-schooled and boasts of degrees from the University of Pennsylvania, Oxford University as well as Stanford University, where she started working as a researcher.

Larry was born into a family of 5. We bring you factual details about members of his family.

Carl Victor Page, born on the 26th of April 1938, is Larry’s dad. Considered as a pioneer in computer science and artificial intelligence, Carl studied at the University of Michigan, where he obtained several degrees.

He worked as an academic teaching computer science at the University of North Carolina before returning to lecture at Michigan State University in 1967.

Until his death in 1996, Carl was a loving and supportive father to larry and his siblings. He was also a good partner to Larry’s mom, Gloria, whom he married in 1964.

Gloria Weinstein-Page, born on the 30th of June in 1944, is Larry’s mom. Gloria studied at Michigan State University, where she obtained a degree in mathematics.

She took an interest in computers after meeting her late husband and went on to become a Master of Computer Science. Gloria is an accomplished programmer and a supportive mother to her three children.

The eldest of the Page family is also a computer entrepreneur. However, he is not as successful as Larry. Carl resides in San Francisco, where he does computer business.

Larry’s younger Sister Beverly has on the flip side remained invisible to search engines. Thus little is known about her.

Larry has grandparents, uncles and aunts whose identities have not been disclosed. Similarly, Larry’s cousins, nieces and nephews are known to just him and members of his inner cycle.

What makes Larry tick? sit back as we bring you makings of Larry’s personality to help you get a complete picture of him.

To begin with, Larry persona is a blend of INTP (Introversion (I), Intuition (N), Thinking (T), Perception (P)) traits. He is an introverted individual who finds interaction with people the most challenging aspect of his daily schedule. 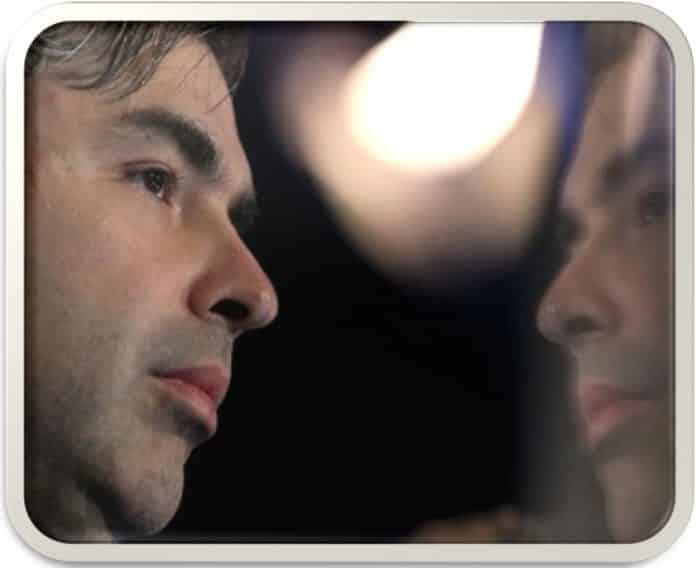 In addition, Larry is an ambitious individual and great thinker who seemingly lives in a world where the future has already happened.

He is not given to chivalry neither does he pretend but exudes intellectual honesty with unapologetic bluntness. His hobbies include reading and Kiteboarding. 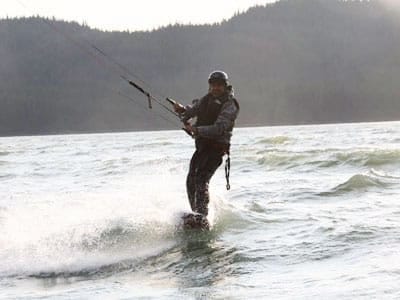 The Billionaire has a net worth of 52.8 billion USD and ranks as one of the world richest men. He lives a luxurious lifestyle that is in tandem with his enormous wealth.

Although Larry doesn’t have houses and estates in every continent of the world, his multi-million dollars residence at Palo Alto, California is a befitting home for billionaires.

The computer scientist has a home away from home on his $45 million 193-ft yacht which has luxurious features that include a helipad, gyms, suites, a sun deck as well as deluxe living and bedrooms.

He dominates roads to his office by driving environmental friendly hybrid cars which are sadly less popular and owned by a few privileged persons. The cars include a Toyota Prius and Tesla Electric Roadster.

The domain name “Google” was actually culled from “googol”, the mathematical term referring to 1 followed by 100 zeros. 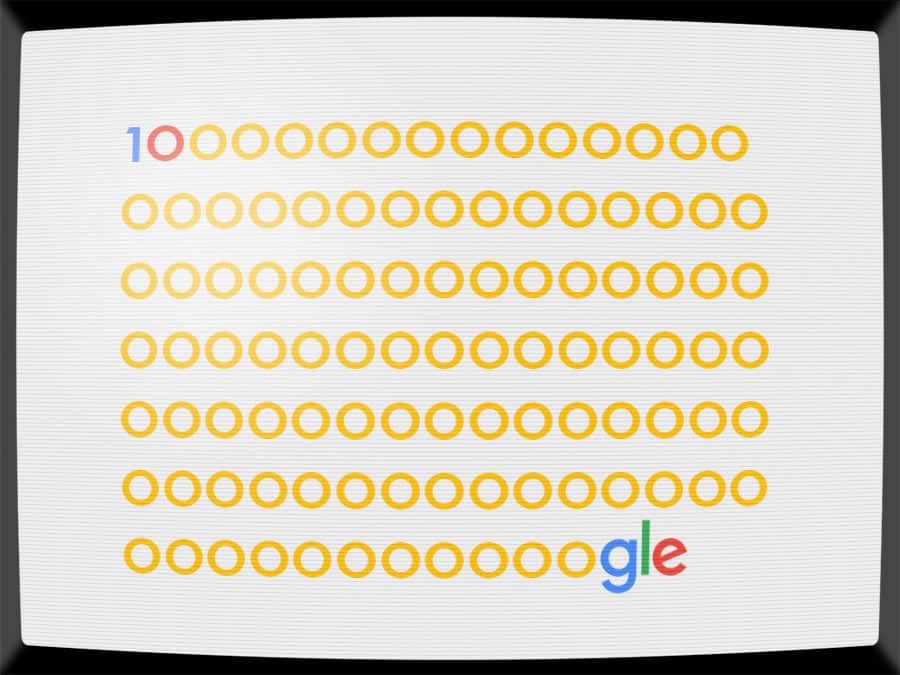 The mathematical representation of “googol” which gave rise to the domain “Google”. Credits: D.I.

Larry Page did not graduate from his PhD program at Stanford owing to the fact that Google took off so quickly and rapidly that Larry simply did not have the time to graduate.

In 1997 Larry offered to sell Google (then called BackRub) to an Internet portal called Excite for just $1.6 million. Fortunately for him the deal never happened and Google is worth over $358,858,000,000 today.

In 2001, Larry Page and Sergey hired Eric Schmidt to be the CEO of Google because the co-founders lacked technical know-how of how to run a business at an age younger than 30.

Although Larry was born to a Jewish mother, he was not raised under any religious tenets. As a result, he does not follow any organized religion.

Thanks for reading our Larry Page Childhood Story, plus untold biography facts.

At ChildhoodBiography, our team strive for accuracy and fairness in our quest to deliver you Billionaires’ Biographies.

Please stay tuned for more related articles in our Billionaire listings. You may find some interest in the childhood story of Jack Ma, Aliko Dangote, Evan Spiegel and Mark Zuckerberg.