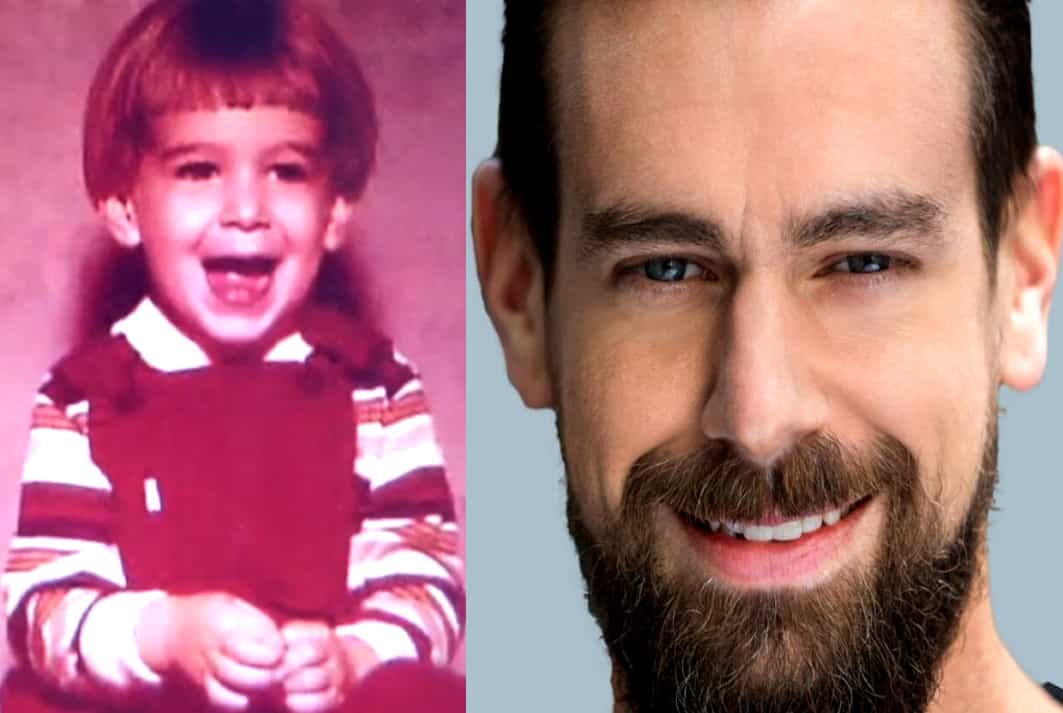 Childhood Biography presents the Full Story of an American Billionaire with the nickname “Jackie No Edits“.

Our version of Jack Dorsey’s Biography Facts, including his Childhood Story, brings you a full account of notable events from his childhood time right to the moment he became famous.

Yes, everyone knows he is one of the top tech innovators in the world. However, only a few consider Jack Dorsey’s biography, which is quite interesting. Now, without further ado, let’s begin.

For Biography starters, Jack Patrick Dorsey, was born on the 19th day of November 1976 in the city of St. Louis, in Missouri, United States.

He is one among three children born to his mother, Marcia Dorsey, and his father, Tim Dorsey. Behold Jack Dorsey’s parents.

The tech innovator is an American national whose family origin reveals that he is of white ethnicity with Irish, German and Italian roots.

What more? Young Jack was raised at his birth city in St. Louis where he grew up alongside his brothers Andrew and Dannie Dorsey.

Growing up in a middle-class family background in the city of St. Louis, Jack was an observant kid who had a speech impediment.

As a result, he often stayed at home and gradually developed a fascination for the simplicity, constraint and craftsmanship of short information outbursts from his parents’ police scanner.

Young Jack attended Bishop DuBourg High School, a Catholic school at St. Louis which provided him with a window to develop creative ways of simplifying information flow through programming.

By the time Jack was aged 14, he took an interest in dispatch routing and created a dispatch software to simplify the technological challenge of coordinating taxis drivers, delivery vans and other fleets of vehicles that needed to remain in constant, real-time communication with one another.

As the year’s progress, Jack incorporated fun in his day-to-day activities by running a fantasy football league for his friends and attending punk-rock concerts with funny hairstyles.

Treading the way of most tech billionaires, Jack studied briefly at the University of Missouri–Rolla for two years before transferring to New York University where he dropped out one semester short of graduation. 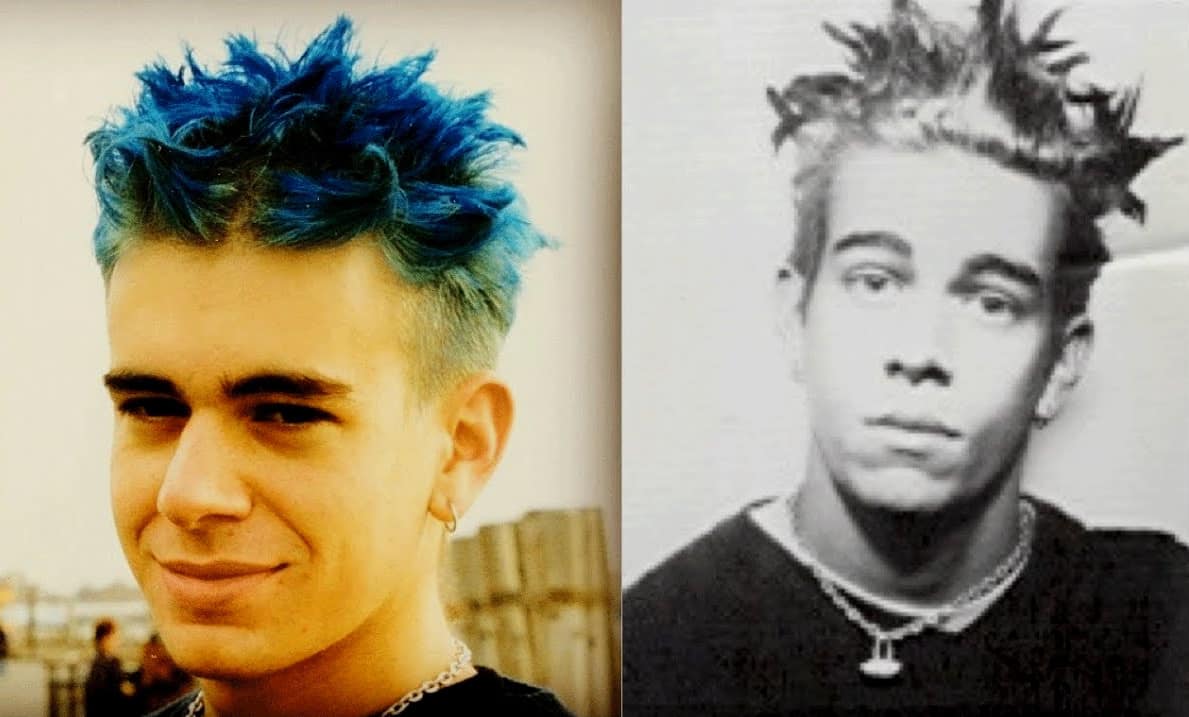 It was at the University of New York that Jack first came up with the idea of sharing short messages with friends in order to update them on his status.

However, nobody seemed interested in the idea so he put it on hibernation and upon dropping out of college, got busy with starting a company that dispatches taxis, couriers and emergency services using his dispatch software.

While Jack was at it, he came up with the idea for a site that would combine the broad reach of dispatch software with the ease of instant messaging.

Armed with the idea, Jack approached a now-defunct Silicon Valley company called Odeo to pitch the concept. The idea was well-received by Odeo’s co-founder Evan Williams and one of the company’s executives, Biz Stone, who both worked with Jack to develop a prototype of Twitter first called Status.

It was later called Obvious before they settled on Twttr (eventually renamed Twitter). It wasn’t long before Jack posted his first tweet on the 21st of March 2006 and looked forward to an auspicious future for the then startup.

However, Twitter had early challenges with gaining acceptance as it was considered by some to be a platform where shallow and self-centred people broadcast the minutiae of their lives to the universe.

Added to the issue of acceptance was Jack’s struggle with being a responsible CEO. Although he had earlier removed his nose ring to look like a serious innovator, he couldn’t easily let go of his love for attending yoga classes and fashion schools. 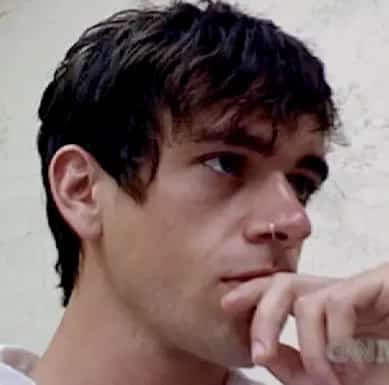 It wasn’t long before Jack lost his position as CEO because he was considered quirky and non-serious about the future of Twitter, as he often left work very early in pursuits of yoga and fashion.

Twitter soon began gaining prominence when Celebrities and CEOs jumped into the platform.

On the other hand, politicians like the then U.S. Presidential candidates, Barack Obama and John McCain, used it to update millions of supporters about their campaign trails. 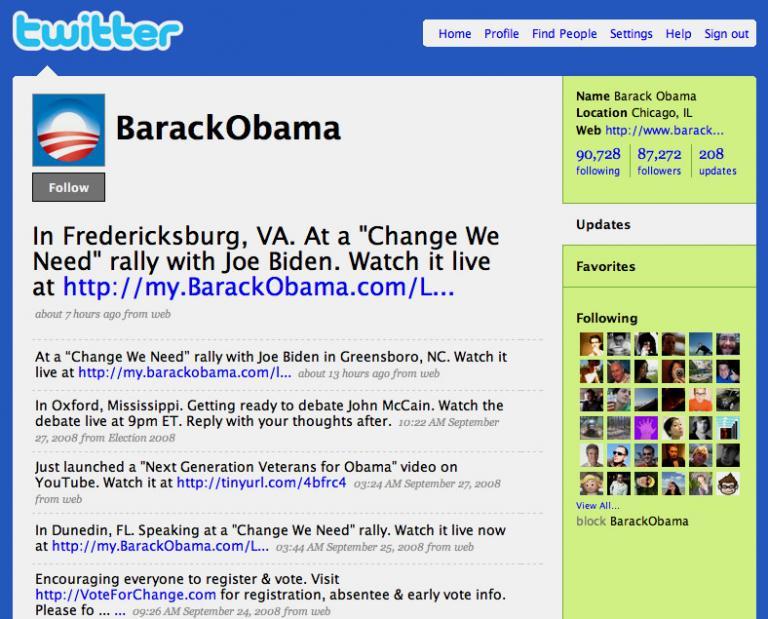 International prominence came knocking at the doors of Twitter when thousands of Iranians jumped on the platform to protest the claimed victory of the then-incumbent Mahmoud Ahmadinejad.

Hour by hour, they increased their usage of the platform to make their protest global because Ahmadinejad had directed blockage of text messaging and satellite feeds of foreign news coverage. 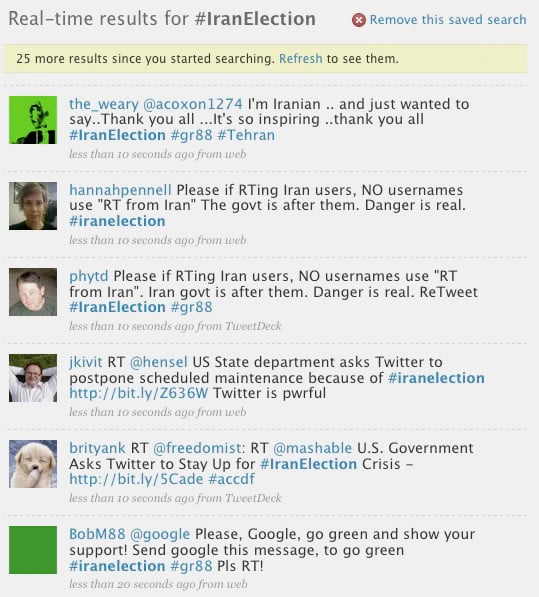 Fast forward to the time of writing Jack is a Billionaire who has regained his position as the CEO of Twitter. He is also the CEO of a mobile device business called Square that facilitates debit and credit card payments. The rest, as they say, is history.

Moving on, as they say, to Jack Dorsey’s love life, he is not married at the time of writing, neither does he have son(s) and daughter(s) as he once publicly stated that he considers Square and Twitter like his children adding that choosing between which one to run would be like having to choose between his own kids.

Notwithstanding, he has in the course of almost a decade, had a number of beautiful women for girlfriends including artiste Kate Greer, ballet dancer Sofiane Sylve and British model/actress Lily Cole.

Regarding his relationship status at the time of writing, Jack has been most recently linked to Sports Illustrated model Raven Lyn Corneil, who is approximately 20 years his junior.

The lovebirds are believed to have serious plans for the future given that Jack purchased a house in the Hollywood Hills, along Skywin Win for Corneil in August 2018. 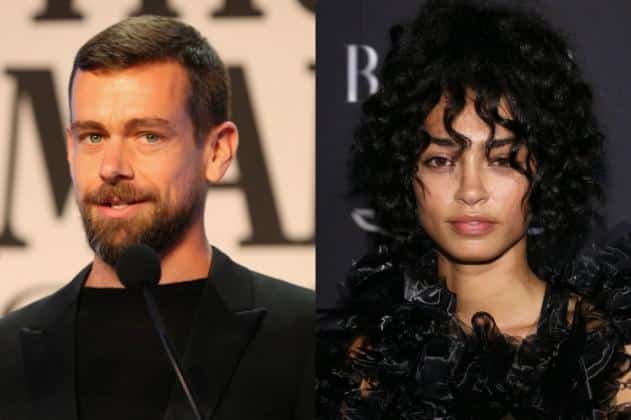 Tech billionaires like Jack Dorsey are widely known to have supportive family backing. We bring you facts about members of his family, beginning with his parents.

Tim Dorsey is Jacks’ Dad. He worked in a corporation that manufactures mass spectrometers. This was before he became an entrepreneur.

Jack’s Dad has lots of managerial ethics. He successfully ran a pizza business. He is a source of inspiration to his sons, particularly jack, whom he is close to and proud of.

Marcia Dorsey is Jacks mom. She worked as a homemaker during jack’s early life. This was before she started a coffee shop. Jack and his brothers were glad to assist her as paid workers.

Marcia is among other things, a good wife and great mom. She has a special place in the heart of Jack who credits her for teaching him a lot about individual lessons and goals. 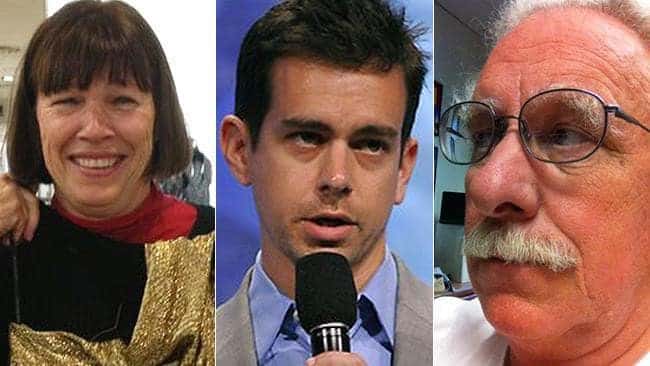 Jack has no sisters but two brothers identified as Andrew and Daniel Dorsey. Although not much is known about the siblings, they are both close to Jack and supportive of his tech ventures. 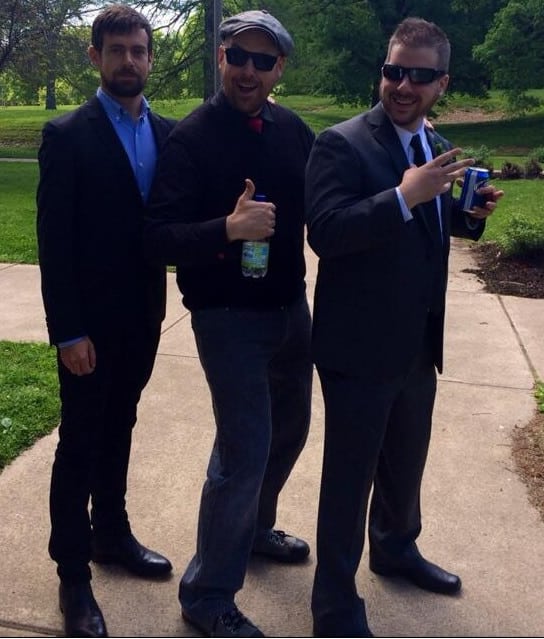 Away from Jack Dorsey’s immediate family life, his relatives are identified. His paternal grandfather and grandmother are Edward Daniel Dorsey and Celeste Rose Messmer. While we know little about his maternal grandparents.

Similarly, there are no records of Jack’s uncles, aunts and cousins, while his nieces and nephews have not been identified at the time of writing.

Speaking of Jack Dorsey’s personality, he has an amazing persona. One that reflects the simplicity, cerebral and crafty nature. He is an individual guided by the Scorpio Zodiac Sign.

In addition, He is passionate, intuitive and exhibits a significant degree of humility.

The tech billionaire moderately reveals information about his personal and private life. He has interests and hobbies that include studying flowers, performing yoga. Also, attending fashion designs flairs, masseurs and spending good time with his friends and family. 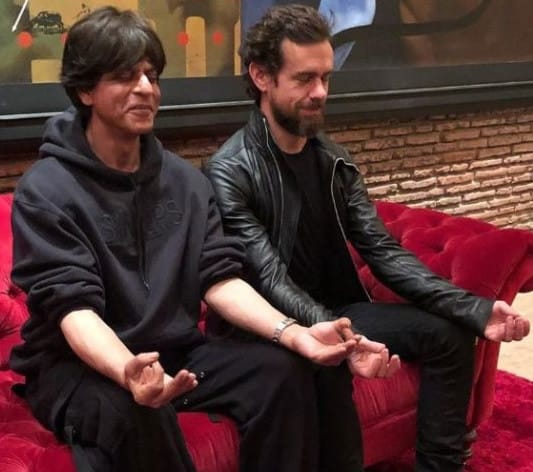 Do you know that Jack Dorsey has an estimated net worth of $4 billion? At the time of writing?

The billionaire’s steadily rising wealth has its sources established in his shares from tech projects that he either founded or have stakes in. With such great wealth, it is not surprising that he lives a luxurious lifestyle.

Jack’s luxurious lifestyle is made evident by his possession of luxurious assets. Which includes his $9.9 million beautiful seaside house. This house is on El Camino Del Mar in the Seacliff area of San Francisco. 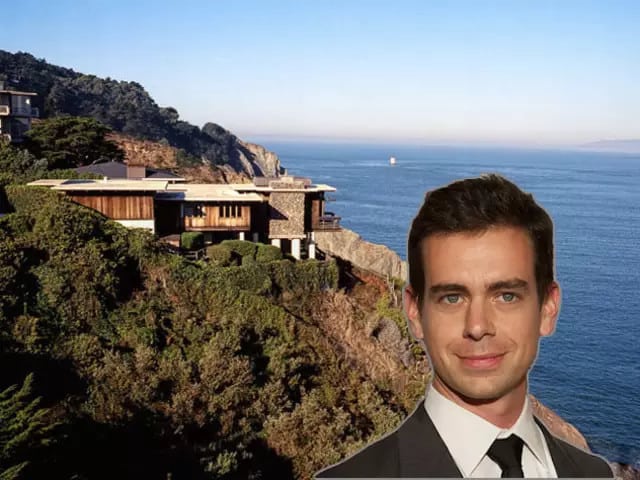 The house, which has features befitting men of great ideas also possesses more than enough space for Jack’s popular BMW 3 as he is not known to have a huge collection of cars like his counterparts in Silicon Valley. 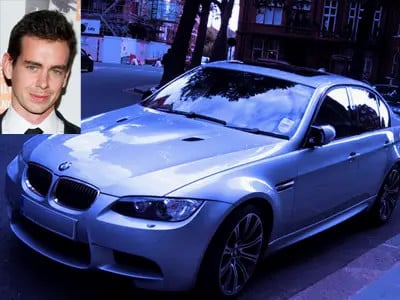 Dorsey was raised a catholic.  He had his high school education in a catholic school.

It is believed that Jack has not departed from the religion of his parents. Even though there are neither pictorial nor editorial contents that give an impression about his religion.

Dorsey has just one tattoo, which is an elongated S-shaped tattoo. It takes the shape of an f-hole on a violin. It is a collarbone and an integral symbol from calculus.

However, the tattoo is widely known to represent the human clavicle. Which has a private meaning to Jack. 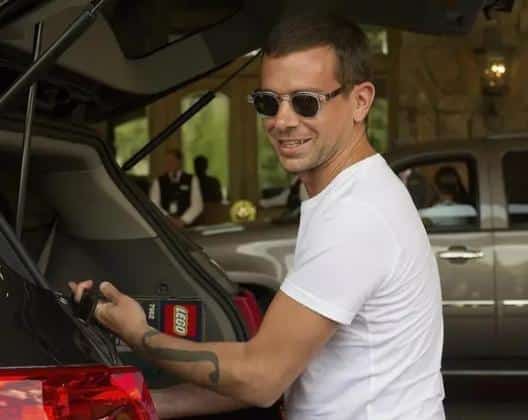 The tech billionaire does not smoke, neither is he given to drinking at the time of writing. he is rather focused on maintaining a healthy lifestyle through regular exercise and acquiring ample rest.

Jack was nicknamed “Jackie No Edits”. This is because he is yet to decide on providing Twitter users with an edit button. A button that would enable them to edit tweets. Notwithstanding, he loves the nickname. And he once used it on his Twitter handle. 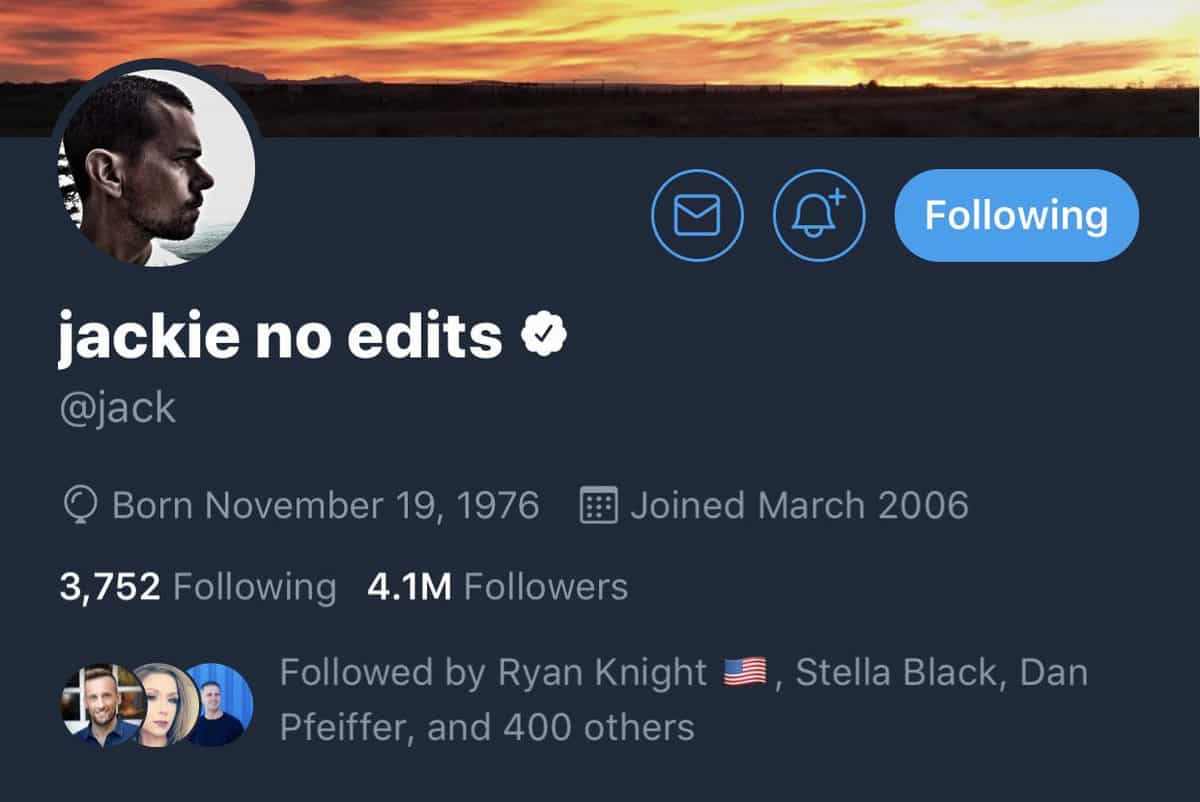 Jack is big on philanthropy. He recently proved that he cares about the environment. By donating $350,000 to #TeamTrees. This nonprofit organization pledged to plant 20 million trees by the end of 2019.

Thanks for reading our Jack Dorsey Childhood Story plus untold biography facts. At ChildhoodBiography, we strive for accuracy and fairness in our quest to deliver you the Biography of Billionaires.

Please stay tuned for more related articles in our Billionaire category. You may find some interest in the childhood story of Larry Page, Jack Ma, Mike Adenuga, and Femi Otedola.