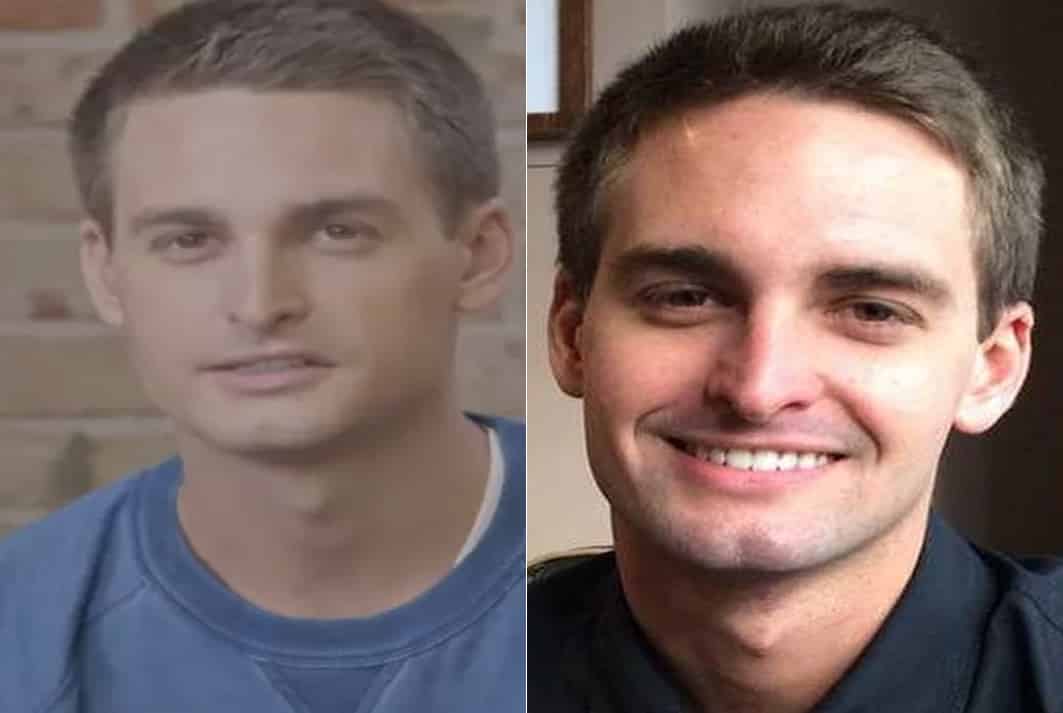 Our version of Evan Spiegel Biography Facts and Childhood Story brings you a full account of notable events from his childhood time to date.

The analysis of the American business executive involves his early life, life story before fame, family background and personal life. More so, other OFF and ON-Screen little-known facts about him.

Yes, everyone knows he is one of the youngest billionaires in the world. However, only a few consider Evan Spiegel’s Biography, which is quite interesting. Now, without further ado, let’s begin.

For Biography starters, Evan Thomas Spiegel was born on the 4th day of June 1990 in Los Angeles in California, United States.

He was the eldest child born of the union between his mother, Melissa Ann Thomas (a lawyer) and his father, John W Spiegel (also a lawyer).

Evan hails from a rich family background and was raised by his parents at Pacific Palisades in California.

Growing up in the Pacific Palisades alongside his two younger sisters, Lauren and Caroline Spiegel, young Evan was a kid who had almost everything money could buy, thanks to his affluent parents.

Evan’s privileged upbringing was characterized by receiving a $250 weekly allowance, embarking on frequent shopping sprees, having a personal chef as well as spending his spring and summer breaks in Maui and La Jolla’s Beach, respectively.

Thus, ambition was absent from Evan’s childhood until he fell in love with design during the course of his high school education.

Research has it that Evan’s schooling background includes his studies at Crossroads School for Arts and Sciences in Santa Monica.

While still studying at the school, Evan got enrolled at the Otis College of Art and Design where he took classes in design and fell in love with the activity.

By the time Evan reached senior year at Crossroads, he furthered his education in design by attending classes at the Art Center College of Design in Pasadena.

The then-teenager also utilized the period in undergoing an unpaid internship at Red Bull where he was exposed to various marketing and design projects.

Upon graduation from high school, Evan knew design was a course he ought to pursue. Thus he got enrolled at Stanford University to study product design.

It was at Stanford University that Evan met fellow student Bobby Murphy whom he worked with to design two projects which eventually failed.

First was an online social network inspired by Google Circles while the other was a website – futurefreshman.com – aimed at helping users manage college applications.

The duo were later joined by another student Reggie Brown who conceived the idea for their next project.

Reggie Brown came up with the idea of creating a disappearing pictures app and Evan embarked on starting a prototype based on the idea to submit it as a mere project for one of his classes.

The trio worked together on the idea to develop the concept, which was first named “Picaboo.”

“Picaboo” was not well received by Evan’s classmates, who believed that a disappearing pictures app would not be successful.

It was the same period that Evan had a fallout with Reggie Brown. Notwithstanding, Evans and his partner Bobby Murphy went on to re-launch “Picaboo” as Snapchat in 2011.

Contrary to the beliefs of their classmate, Snapchat recorded a steady rise in popularity, a development which made Evan drop out of college to focus on improving the app regardless of the fact that he was close to graduation.

Snapchat soon evolved into a multimedia mobile application and image messaging. Fast forward to date no fewer than 9000 images are being sent per second and over 100 million photos/videos are being shared per day with the app!. The rest, as they say, is history.

Evan Spiegel is a married man. We bring you details about his dating history and relationship timeline, including how he met and married his Australian born wife Miranda Kerr.

Following Evan’s rise to fame, he was romantically linked to many women in Hollywood’s top echelons, including singer Taylor Swift before he met his wife Miranda Kerr in 2015 at a Louis Vuitton dinner in New York.

Miranda was at the time a supermodel and entrepreneur who has her own brand of skincare products called “KORA Organics”.

The duo dated for months before getting engaged in 2016. They tied the knot on the 27th of May 2017 during a private ceremony at Evan’s home.

A year later, their marriage was blessed with a son – Hart Kerr Spigel – born on the 7th of May 2018. Evan is also father to Flynn, an eight-year-old kid born of his wife’s previous marriage with actor Orlando Bloom.

The Billionaire was born into a wealthy family of 4 members. We bring you factual details about members of his family.

Melissa Ann Thomas is Evan’s mother and a graduate of Havard Law school who worked as a tax attorney.

Before her divorce from Evan’s father, John, Melissa helped raise their children as Episcopalians at their $2 million residences at Pacific Palisades.

She has a soft spot for Evan whom she reportedly leased a car to after his father denied him his request for a BMW.

John W. Spiegel is Evan’s dad. He is a partner at the law firm Munger, Tolles & Olson and has represented big clients like Transocean Ltd and Warner Bros.

John divorced Evan’s mother when the Internet entrepreneur was still in high school.

Following the divorce, Evans decided to live with his doting father but soon switched camps to his mother’s residence because John refused to buy him a BMW car.

Evan has two younger sisters – Lauren and Caroline Spiegel – whom he grew up with. Little is known about both sisters, other than the fact that they had a privileged upbringing like Evan and enjoy the finer things of life.

Away from Evans’ immediate family, his paternal grandparents are Hart Hunter Spiegel and Genevieve Josephine.

While his maternal grandfather and grandmother are Frank Henry Thomas and Ann Theresa Beyerle respectively.

Evan also has uncles, aunts, cousins, nephews and nieces whom he is yet to reveal.

What makes Evan Spiegel tick? Sit back as we bring you makings of Evans personality to help you get a complete picture of him.

To begin with, Evan is a secretive individual who has been described as aloof and incredibly controlling by many.

On the bright side, Evans is creative, lives in the present and advocates that other people do the same.

Unlike other internet entrepreneurs, Evan invests heavily on personal security and prefers having armed guards around him. His hobbies include reading, flying helicopters and tending to flowers.

As at the time of writing, Evan has an estimated net worth of just 2.3 billion USD, a figure which is 137.7 billion dollars less than the net worth of world’s richest man Jeff Bezos.

Notwithstanding, Evan lives the life of a billionaire. Similarly, his residence at Brentwood is worth $12 million. The house boast of 7 grand bedrooms among other facilities like pool, home gym e.t.c.

The Co-founder of Snapchat has been a lover of expensive cars right from his teenage days. His garage is flooded with cars collections that include a Cadillac Escalade gifted to him by his parents in 2006. Others are 3 Lexus models cars, a 1966 mustang and Ferrari.

Before gaining enrolled at Stanford University, Evan worked as a paid intern for a biomedical company, and later as a careers instructor in South Africa.

He turned down Facebook’s $3 billion offer to buy Snapchat in 2013.

The internet entrepreneur has no reason to regret his decision considering the fact that Snapchat continues to wax stronger.