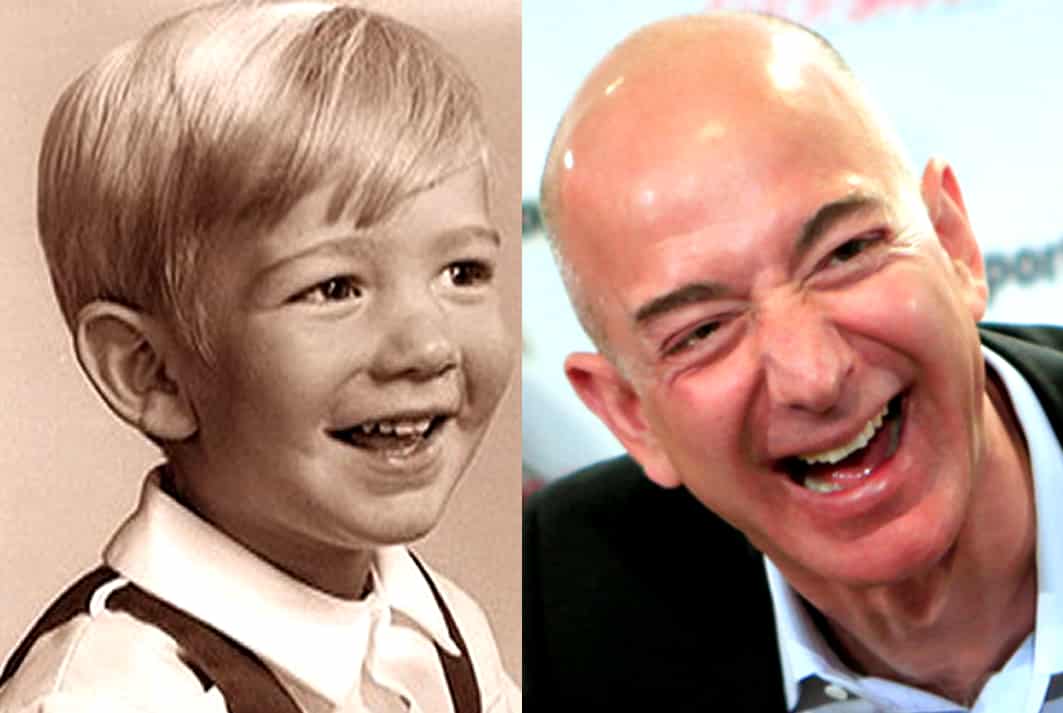 Our Jeff Bezos Childhood Story plus Untold Biography Facts brings you a full account of notable events from his childhood time to date.

Yes, everyone knows he is one of the richest people in the world. However, only a few consider Jeff Bezos’ Biography, which is quite interesting. Now, without further ado, let’s begin.

For Biography starters, Jeffrey Preston Jorgensen was born on the 12th day of January 1964 at Albuquerque, in New Mexico, USA.

He was the only child born of the union between his mother, Jacklyn Gise Jorgensen, and his father, Ted Jorgensen.

The American national of white ethnicity with Danish, German, English, Irish, Swedish Scottish and Welsh roots was only 4 years when his parents got divorced.

Following the divorce, Jeff’s mother got married to Miguel “Mike” Bezos, who adopted him and changed his surname to Bezos.

Jeff was raised by his mother and stepfather in Houston, Texas. He grew up in the town alongside his brother, Mark and sister, Christiana.

Growing up as a kid, Jeff had fun with exhibiting technological proficiency and mechanical aptitude.

His notable exploits in that regard include rigging an electric alarm to scare his siblings away from his room. In addition, he converted his parents’ garage into a science lab for his experimental projects.

Bezos’s educational background includes his studies at River Oaks Elementary School in Houston. While at the school, Jeff sustained his interests in science and technology.

Away from school, he spent summers working at his grandfather’s ranch where he performed tasks like fixing windmills, vaccinating cattle and laying pipes.

After completion of his sixth grade, Jeff’s family moved to Miami, where he attended Miami Palmetto High School.

It was the high school that Jeff started his first business called Dream Institute. The institute was an educational summer camp that promoted creative thinking in young students.

Being an outstanding student, Jeff went on to graduate with impressive results and was the valedictorian of his class.

He soon got enrolled at Princeton University, where he obtained a degree in computer science and electrical engineering in 1986.

Upon graduating from the university, Jeff worked for several firms on Wall Street. First was with trade company – Fitel where he helped build a network for international trade.

Jeff thereafter proceeded to work with Bankers Trust, where he rose to the position of vice president.

At the peak of his early career, Jeff joined D.E. Shaw, a firm that specializes in applying computer science to the stock market. He had a meteoric rise through the ranks at the firm to become its youngest senior vice president.

Although Jeff’s career at D.E. Shaw was lucrative, he decided to make a risky and adventurous foray into the then little known world of E-commerce.

Emboldened by the courage of his convictions, Jeff quit his job in 1994 and headed to Seattle where he started work on opening an online bookstore.

He worked from his garage with a handful of employees to develop software for the website of his online bookshop. Upon completion, he named the website after the South American river, Amazon.

Months after, Amazon sold its first book in July 1995 and quickly went on to become the leader in e-commerce.

Between 1998 and 1999, Jeff expanded the store’s range of services to include sales of CDs, Videos. He even added auctions to the site and made investments in other virtual stores.

Although Amazon almost went bankrupt in the early 200s, it made an impressive comeback that saw it diversify by offering a vast array of products including apparel, hardware and computer electronics.

There was also the introduction of Amazon Web Services (AWS), a cloud-computing service that became the largest of such services in the world. Thus, Jeff recorded a steady rise in net worth and gradually became an established billionaire.

Jeff Bezos has been married once, we bring you details about his dating history failed marriage and current relationship status.

To begin with, Jeff is not known to have dated any woman before he met his ex-wife MacKenzie. Jeff and MacKenzie met in 1992 while they both worked at D.E. Shaw.

The pair dated for months before getting engaged in 1993 and tying the knot in 1994. Their 25 years of marriage was blessed with 4 kids, 3 boys and one daughter whom they adopted from China.

All seemed to be going well until January 2019 when Jeff took to his Twitter handle to release a statement about their divorce.

The statement which was jointly signed by MacKenzie indicated that their union had gone through a period of love exploration, trial separation before they finally decided to get divorced.

Although no official reason was given for the divorce, a report by TMZ suggests that it was as a result of Jeff’s relationship with American TV host, Lauren Sánchez towards the end of 2018.

Prior to the alleged relationship with Jeff, Lauren was married to Patrick Whitesel whom she divorced in 2008. Interestingly, Jeff and his ex-wife Mackenzie have been good friends with Lauren and Patrick for years.

Jeff is currently fully involved in a relationship with Lauren. Asides from being a TV host, Lauren is an entrepreneur, actress, producer and helicopter pilot who flies her helicopter.

Jeff Bezos was born into a family of 3. We bring you factual details about members of his family.

Ted Jorgensen is Jeff’s biological dad. He was at the time of Jeff’s birth, a bicycle shop owner and a teenager. Ted was married to Jeff’s mother for two years before she left, taking their son with her.

Ted never got to know who Jeff was or what he had become until 2012 when a reporter, Brad Stone tracked him down a small bike repair shop in Glendale, Arizona.

Although Ted was reportedly sent a letter by Jeff, he died in 2015 (aged 70) without ever meeting his son.

Jeff’s stepfather is Miguel “Mike” Bezos. He was an Immigrant who came into the U.S. from Cuba in 1968. Shortly after getting married to Jeff’s mother Mike adopted Jeff as his son and changed his last name to Bezos.

He thereafter proceeded to obtain a degree from the University of New Mexico and worked as an engineer for Exxon. Mike is credited for raising Jeff like he were his biological son and giving him the support he needed to succeed in life.

Jeff’s mother, Jacklyn Gise Jorgesson gave birth to him while she was still a teenager and married to Ted Jorgesson.

She divorced Ted not long after and told him to stay away from their lives. Jacklyn went on to marry Miguel “Mike” Bezos whom she had two children with.

They include Christiana Bezos and Mark Bezos. Both siblings grew up together with Jeff and have stakes in Amazon.

Away from his immediate family, Jeff’s maternal grandfather is Preston Gise. It was Preston who helped kindled Jeff’s passion for intellectual pursuits at the family’s ranch where the billionaire often spent his summers.

His maternal grandmother is Mattie Louise Gise. Through her, Jeff is a cousin to country singer George Strait. Jeff also has a maternal aunt Kathy Jorgensen, and he is believed to have nephews and nieces from his siblings’ respective marriages.

What makes Jeff Bezos tick? sit back as we bring you makings of Jeff’s personality to help you get a complete picture of him.

To begin with, Jeff’s persona is a blend of the INTJ (Introversion, Intuition, Thinking, and Judgment) traits.

He is much focused on thinking about long term goals and relentless when he comes up with an idea he believes in.

In the same light, Jeff loves intellectually stimulating work and he is a results-oriented individual, driven by data and logic. His hobbies include watching movies, getting enough rest and spending time with family. 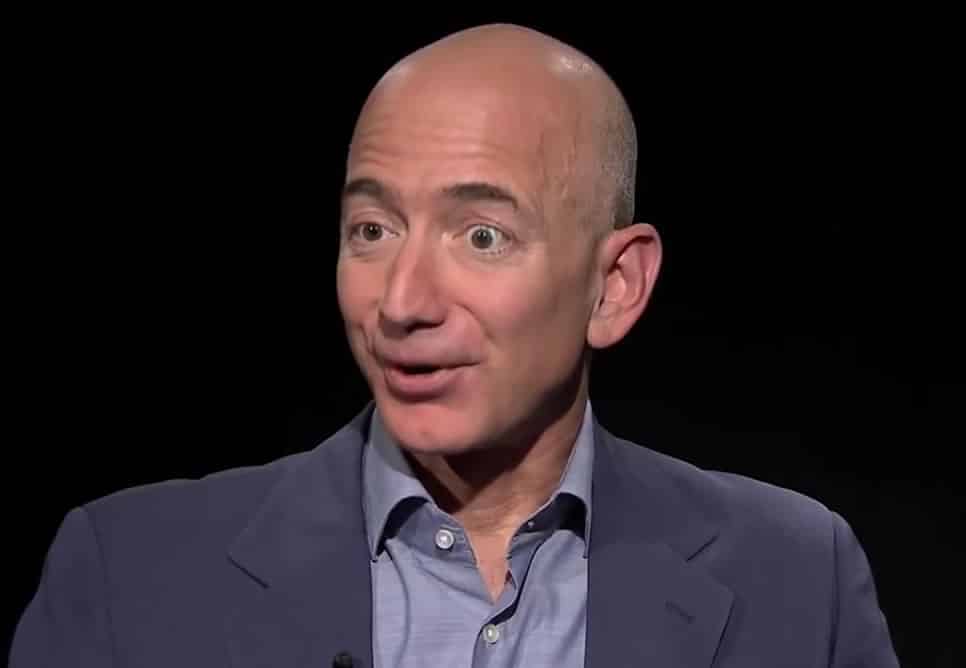 The Billionaire has an estimated net worth of 134.4 billion USD which makes him one of the world’s richest men.

Although his enormous wealth equals that of 2.7 million Americans, Jeff is not given to wanton spending and tries hard to live a modest life.

He resides at a lake house in Medina Washington that is only worth $25 million and has other less expensive homes spread across the united states.

Similarly, the billionaire used to have his ex-wife drive him to work in a $2,000 1996 Honda Accord regardless of the fact that he has a six garage mansion for exquisite cars.

In addition, he is the owner of The Washington Post, a newspaper company he acquired in 2013 for $250 million.

Jeff does not permit PowerPoint presentation at Amazon. He rather recommends that his staff submit six-page proposals. The measure is geared towards promoting critical thinking among members of his staff.

As at the time of writing, the billionaire is building a “10,000 Year Clock.” The futuristic clock will have a century hand that moves forward after every hundred years and will also mark each millennium with the appearance of the cuckoo.

He cheated death in 2003 when a helicopter he boarded to scout properties was blown off course by a gust of wind. No life was lost in the incident and Jeff only sustained a minor injury.