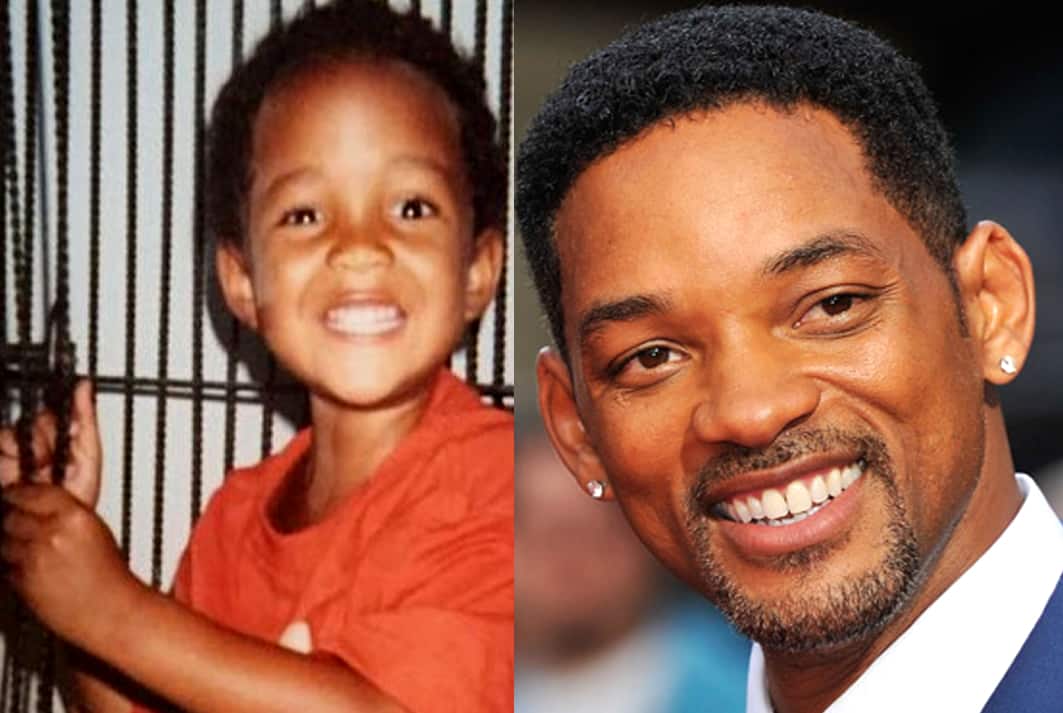 Childhood Biography presents the Full Story of an American Actor. He is best known by the nickname “Fresh Prince“.

Our Will Smith Childhood Story plus Untold Biography Facts brings you a full account of notable events from his childhood time to date.

The analysis of the American actor involves his early life, life story before fame. Will Smith’s family background, personal life. More so, other OFF and ON-Screen little-known facts about him.

Yes, everyone knows of his charisma, clean-cut good looks and quick wit. And his legendary acting status – similar to Johnny Depp and Jackie Chan.  However, only a few consider Will Smith’s Biography, which is quite interesting. Now, without further ado, let’s begin.

We picture Willard Carroll Smith Jr in his childhood days – with that stylish baby actor face below. For Biography starters, Will Smith was born on the 25th day of September 1968 in Philadelphia, Pennsylvania, U.S.A.

Baby Smith was born to his mother, Caroline Bright. She is an employee of a school board in Philadelphia. Will Smith’s Father is Willard Smith, an engineer of refrigerators. 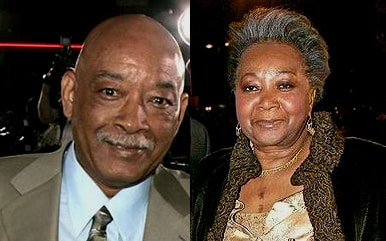 Smith grew up alongside his elder sister, Pamela Smith. Aso, he spent his childhood with his younger twin siblings. Their names are Ellen and Harry Smith.

Will Smith grew up in West Philadelphia’s Wynnefield neighborhood. Back then, he was known to be a charming, happy-go-lucky kid.

Consequently, he was nicknamed “Prince” by his admirers. These people recognized he had a knack for using his quick wit to escape trouble. Will Smith was so sharp as a kid. He was quick to get away when he got into trouble.

Away from his mischievous acts, Smith loved music as a child. He learnt to play the piano from his mother and taught himself how to drum.

It was only a matter of time before the quick-witted kid, who was known to be intelligent in school, engaged his passion for music with academic progress.

Smith had his basic education at Our Lady of Lourdes Catholic School in Philadelphia before proceeding to Overbrook High school, also in Philadelphia. 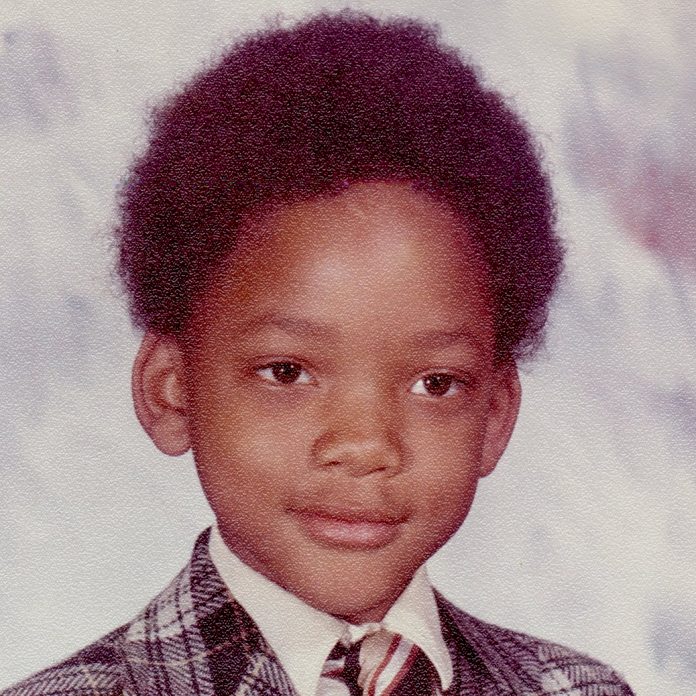 Although the period of his progress from elementary to high school saw the separation of his parents, Smith was not one to live with a dampened spirit.

He began rapping when he aged 12, an activity he engaged in so much that upon graduation from high school, decided not to attend college but pursue a career in music. 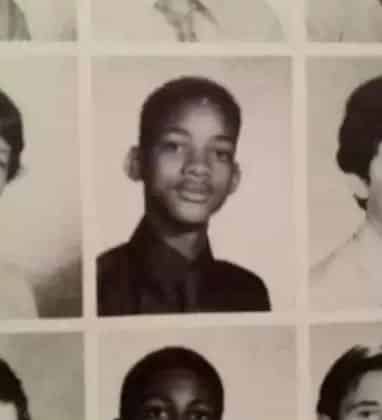 While many believe that Smith turned down a scholarship from the Massachusetts Institute of Technology (MIT), he dispelled the rumours by noting that:

“My mother, who worked for the School Board of Philadelphia, had a friend who was the admissions officer at MIT.

I had pretty high SAT scores and they needed black kids, so I probably could have gotten in. But I had no intention of going to college”

Will Smith Biography – Road To Fame:

Smith was aged 16 when he met his music partner to be, DJ Jeff Townes at a party. It wasn’t long before the duo found common ground in music by starting a music band known as “DJ Jazzy Jeff & The Fresh Prince”. 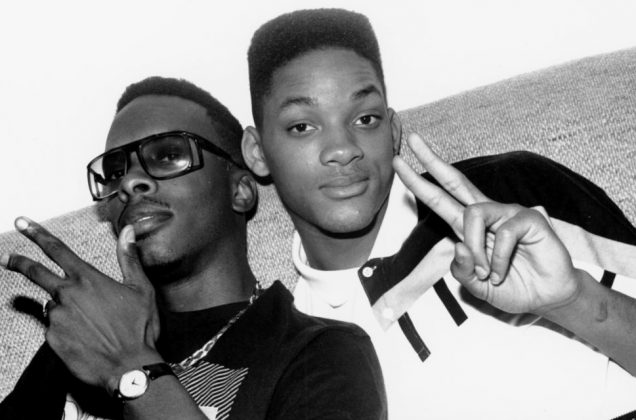 Unlike contemporary music bands at the time, “DJ Jazzy Jeff & The Fresh Prince” produced light-heart-hearted songs that were devoid of foul and aggressive language.

As a result, their albums were music to sore ears, gaining popularity among a larger population, including kids whose parents hated albums that carried a parental advisory label.

Regardless of criticism from musicians who performed a gangsta rap, Smith and his partner recorded commercial successes, increased fan base and became the first rappers to receive a Grammy award in 1988. 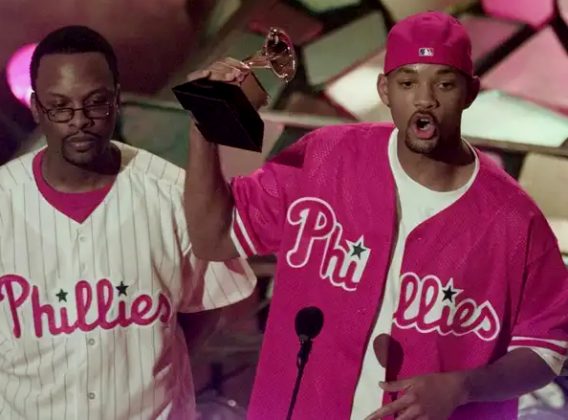 Will Smith Biography – Rise To Fame:

Between 1988-1989, Smith experienced what could be best described as the vicissitude of life.

The rapper who had amassed wealth and just received a Grammy went bankrupt due to a $2.8 million backlog of unpaid taxes.

The development saw the ‘Internal Revenue Service’ confiscate Smith’s possessions. While the singer was sunk knee-deep in debts, his popularity made the NBC broadcasting network hire him for a sitcom (comedy Tv Show about himself) titled ‘The Fresh Prince of Bel-Air’, in 1990. 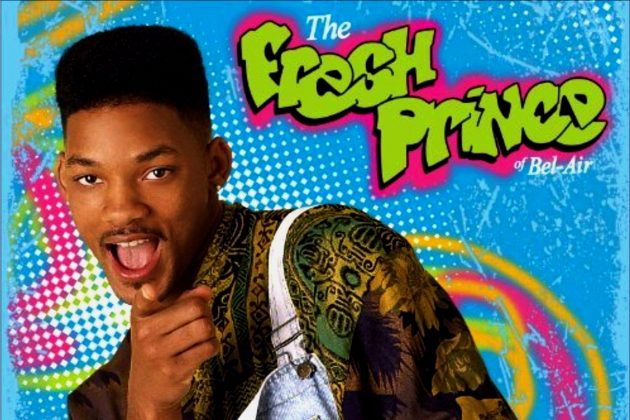 The TV program became a success and made Smith gain recognition as an actor who in 1993 made his debut in feature films with the movie Six Degrees. 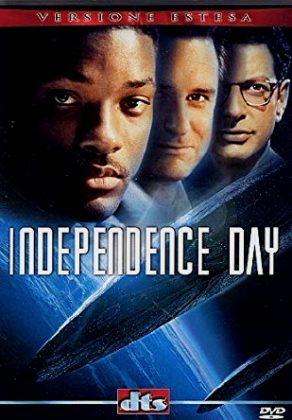 Will Smith has been married twice, we bring you details about his marriages.

First was his little-known marriage to Sheree Zampino in 1992. The estranged couples’ marriage lasted for just 3 years before their divorce in 1995. 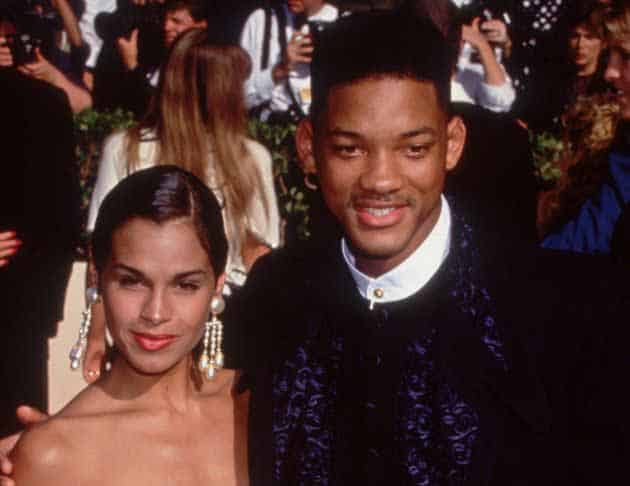 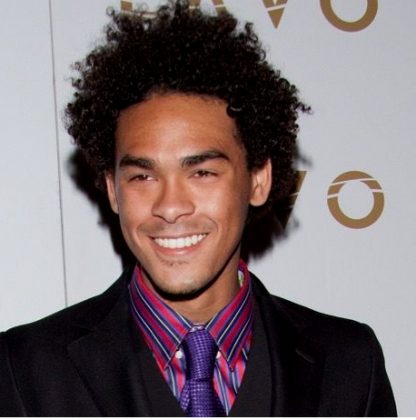 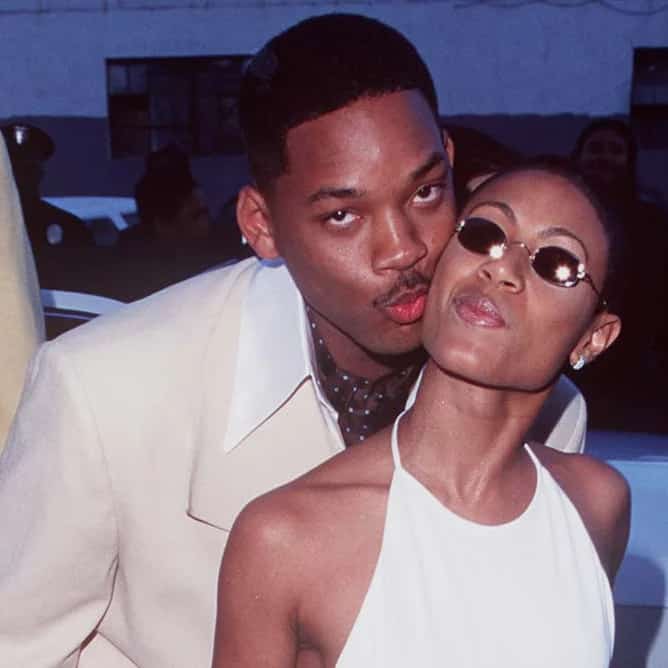 Jada and Smith began dating while the former was still married to Sheree, a fact which Jada later notes that she regrets. The couple got married on the 31’st of December 1997 and have remained married ever since. 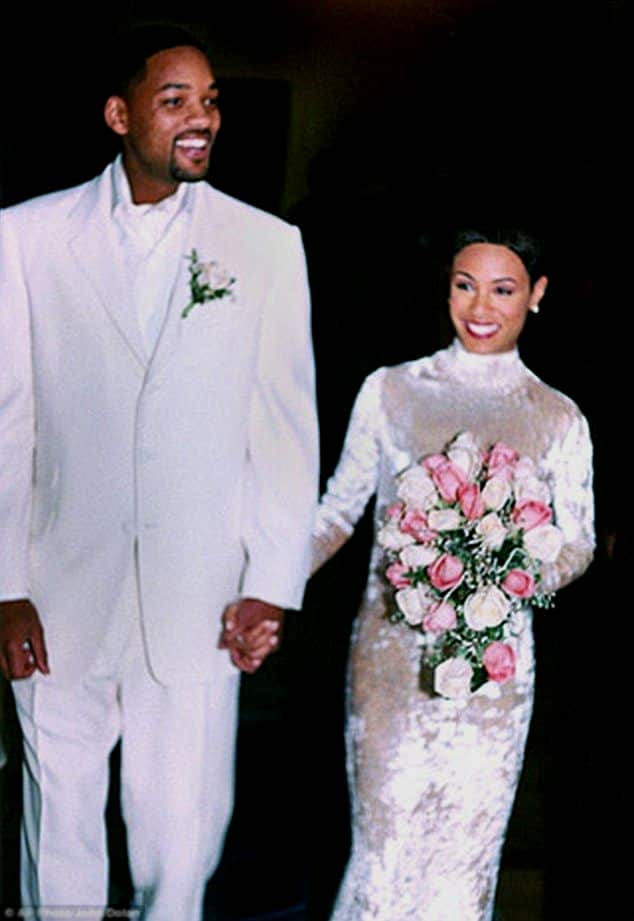 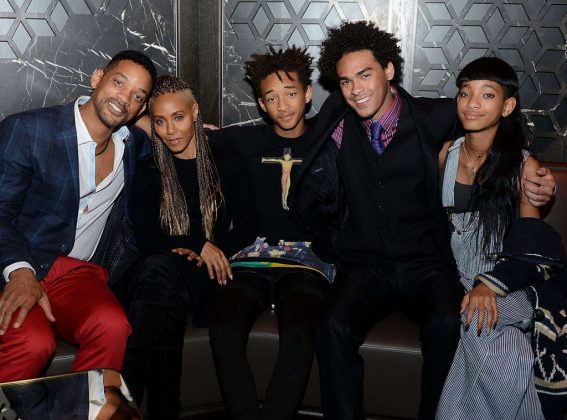 The youngsters whose parents are movie stars have also featured in movies with their father Smith.

The actor appeared with his daughter Willow in the picture “I Am Legend”, and with his son Jaden – in movies “Pursuit of Happiness” and “After Earth”.

Smith was the second child born to a family of 6. We bring you details about his family.

About Will Smith Father:

Smith’s father Willard Smith was an ex-drill sergeant in the US Airforce who quit his job to instil discipline in his family. 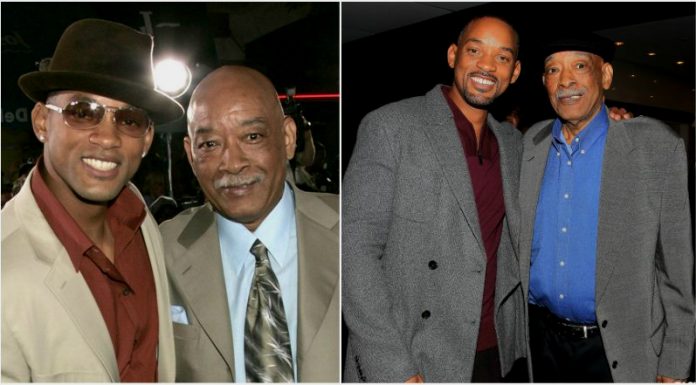 Willard, who later worked as a refrigerator engineer, is known that have practically lectured his children on the dignity of labour as well as how to finish large tasks by breaking them into bits.

Until his death on the 8th of November 2016, Willard was known to be of great support to Smith and his siblings.

About Will Smith Mother:

Smiths mother Caroline Bright worked as an employee of a school board in Philadelphia at the time of Smith’s birth. 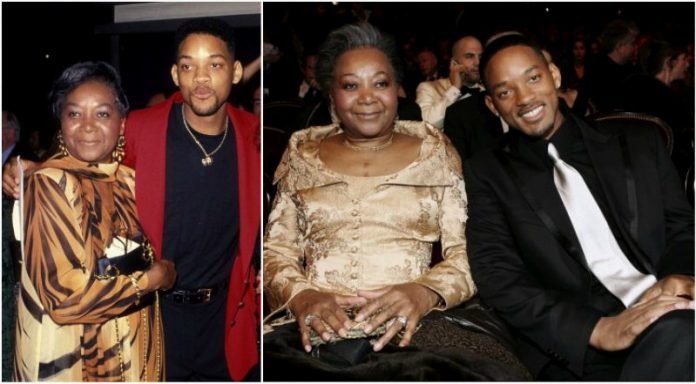 It was Caroline who fostered smith’s love for music by teaching him how to play the piano as well as saw to his intellectual upbringing by enrolling him at the best Catholic school in town.

Our Lady of Lourdes, regardless of the fact that she could have admitted him to the public school she worked for.

About Will Smith Siblings:

Smith has an elder sister whom little is known about and two younger siblings who were born twins.

Pamela Smith, born in 1964, is Smith’s elder sister whom little is known about. Next is the younger twin siblings Ellen and Harry, both born in 1971. Helen (Pictured below) is a dark-skinned lady who works as a hair and makeup artist. 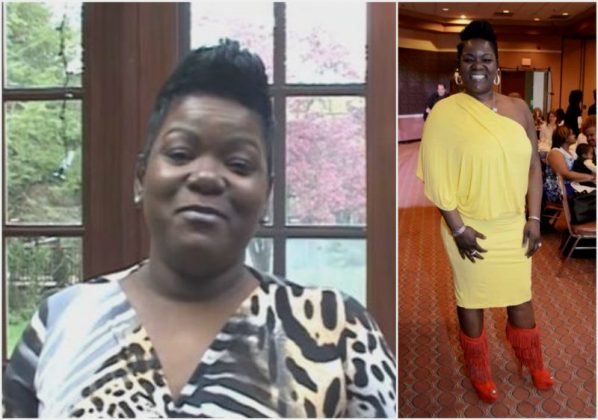 On the other hand, Harry is a plump fellow who works as an accountant for Wills Trey Ball entertainment. 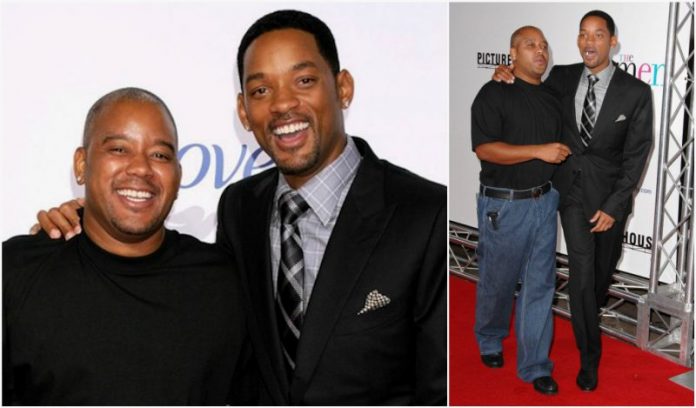 Will Smith is one among a minute number of celebrities who built an amazing net worth of around $250 million from mere talents and a few business engagements.

“The Fresh Prince” who might not be looking so fresh is still banking big bucks from movies he has featured in as well as businesses in which online companies and websites seem to have the biggest share. 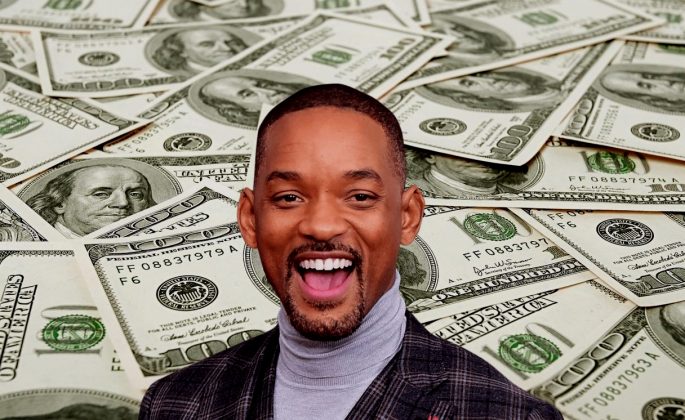 Will Smith is an enterprising actor who believes in creating reality through self-belief. The confident “Prince” is also known to choose his engagements carefully.

He does that by sitting back to analyze the makings of success. This comes before committing himself to any project.

He also gives back to the community by engaging in philanthropy. 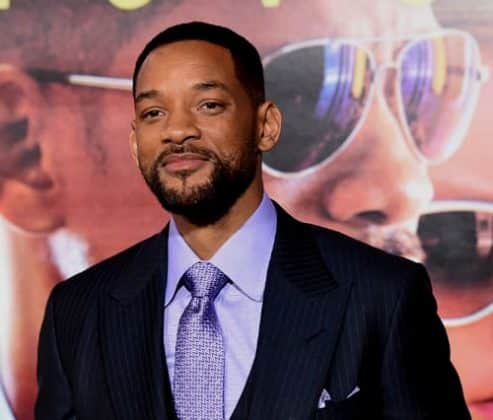 Smith has not won an Oscar – at the time of writing his Bio. Although, he was first nominated for the award. Over his role of Muhammad Ali in the biopic Ali. Critics believe he transformed into the legend Ali in the movie. 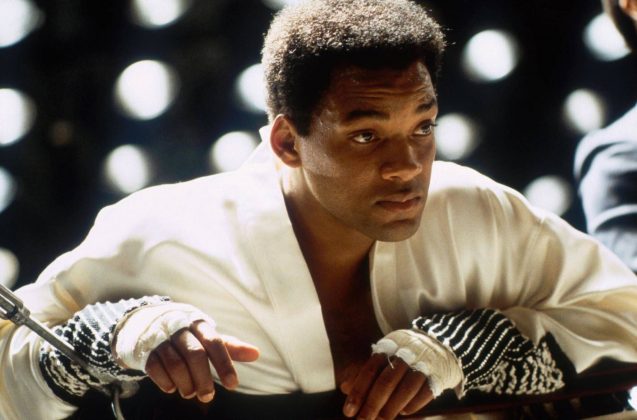 Smith is opposed to traditional education. Also, he shows appreciation for Scientology (seeking of self-knowledge).

No wonder, he founded a private school in New Village Leadership Academy. This school instructs students based on the tenets of Scientology. 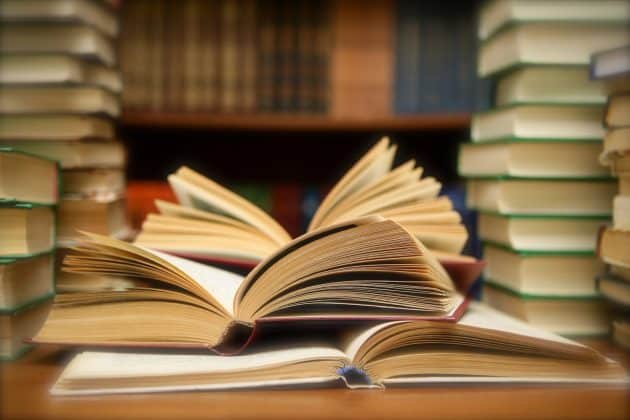 He is the first actor in history to star eight films in a row that grossed over $100 million.

FACT CHECK: Thanks for reading our Will Smith Childhood Story plus untold biography facts. At ChildhoodBiography, we strive for accuracy and fairness in our job of delivering you the Biography of Famous Actors. Surely, the Childhood story of Kit Harington, Peter Dinklage, Liam Hemsworth, and Mel Gibson would interest you.