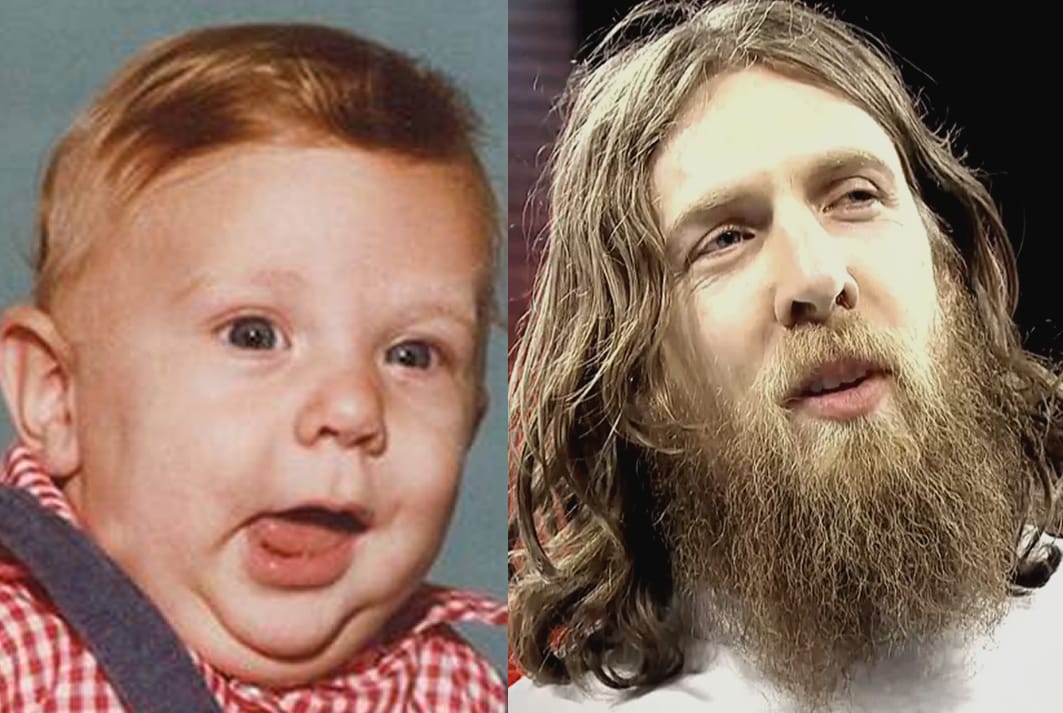 Childhood Biography presents the Full Story of an American professional wrestler who is best known by the nickname “American Dragon“.

Our Daniel Bryan Childhood Story plus Untold Biography Facts brings you a full account of notable events from his childhood time to date.

The analysis of the energetic WWE star involves his early life, life story before fame, family background and personal life. More so, other OFF and ON-Screen little-known facts about him.

Yes, everyone knows he is one of the most beloved superstars in the WWE.

However, only a few consider Daniel Bryan’s Biography, which is quite interesting. Now, without further ado, let’s begin.

For starters of his Biography, his full names are Bryan Lloyd Danielson. Daniel was born on the 22nd day of May 1981 at Aberdeen in Washington, U.S.

He was born to his mother Darlene Jean Danielson (a therapist) and to his father Donald Orrin Danielson (a logger). Here is a photo of the persons who gave Bryan Life.

Do you know?… Baby Bryan stayed comfortably in his mother’s womb for 10 months before he was forced out of his comfort zone.

Growing up in Aberdeen, Bryan was a very quiet and easygoing kid who had a mild stubborn side to his personality.

“My dad’s most consistent example of this involved cookies. He always talked about this time I was reaching for a cookie and he told me no.

I reached again and my dad slapped my hand, then again said no. I started crying but continued reaching for the cookie.

Each time my dad would lightly slap my hand, and each time I would cry a little harder”.

The wrestling prodigy who was also known to be a stutterer (at the time) didn’t have the best of childhood experiences as his parents got divorced when he was still very young.

He, however, rose above the associated emotional trauma and faced life-like kids from non-dysfunctional homes.

Bryan’s academic or educational background includes his studies at Aberdeen-Weatherwax High School. While at the school Bryan was an athlete who competed in various sports including football. 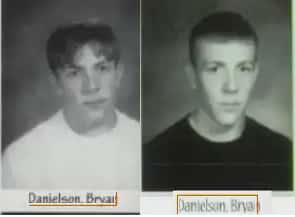 Upon graduating from high school in 1999, Bryan quickly made up his mind to pursue a career in wrestling and swift was his progress in that line. 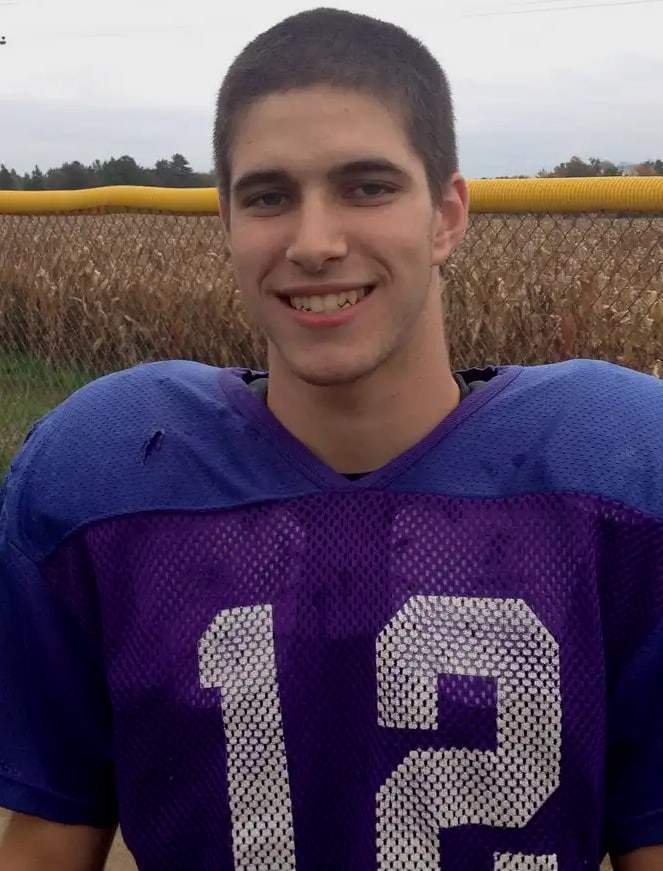 The first stop on his career build-up was his attempt to train at Dean Malenko’s wrestling school which was later shut.

He thereafter moved to train at Texas Wrestling Academy under Shawn Michaels and Rudy Gonzalez before landing a development deal with the World Wrestling Federation (WWF) now World Wrestling Entertainment (WWE) in the year 2000.

WWF sent Bryan to Memphis, where he was coached by wrestling legend William Regal.

It was at Memphis that Bryan recorded his first significant victory by winning light Heavyweight Championship and was nicknamed “American Dragon” in acknowledgement of his ferocity in the ring. 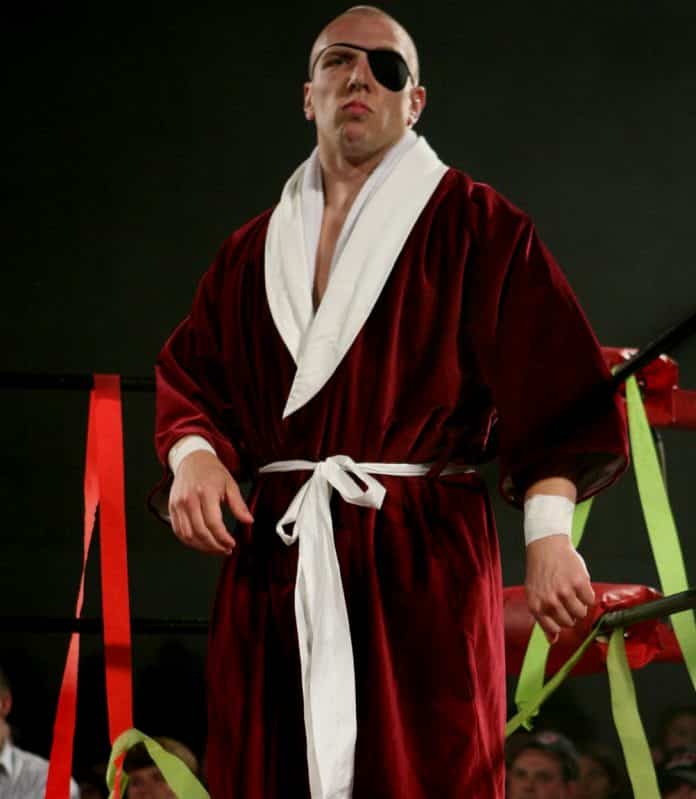 Bryan would, after the expiration of his development deal, proceed to wrestle in different promotions including Frontier Martial-Arts Wrestling in Japan and Ring of Honor (ROH) between 2002-2009.

Credited with the notable achievement of winning the ROH World Championship in 2005, Bryan signed up for WWE and bid farewell to Ring of Honour. 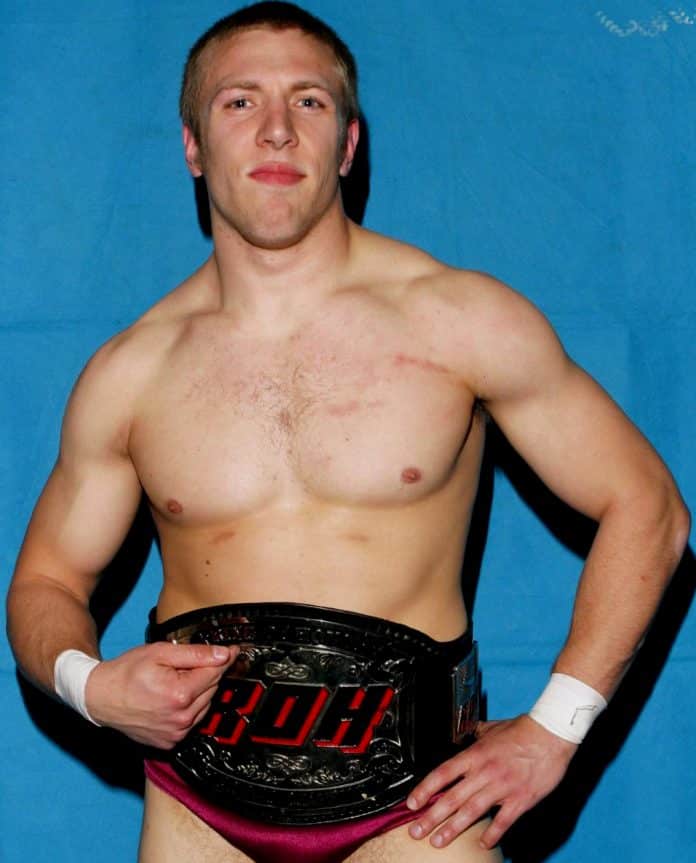 Bryan’s first signed-up with the WWE did not play out well owing to the fact that his feuds with stars like The Miz and John Cena ended up on violent notes that undermined entertainment standards.

He was consequently released to develop acceptable styles in other wrestling setups.

‘The American Dragon’ returned to WWE not long after in 2010 and was briefly fired for being too violent on television.

Bryan was however rehired the next year (2011) and drafted to SmackDown where he beat several wrestlers to clinch his first World Heavyweight Championship from a Money in the Bank ladder match. 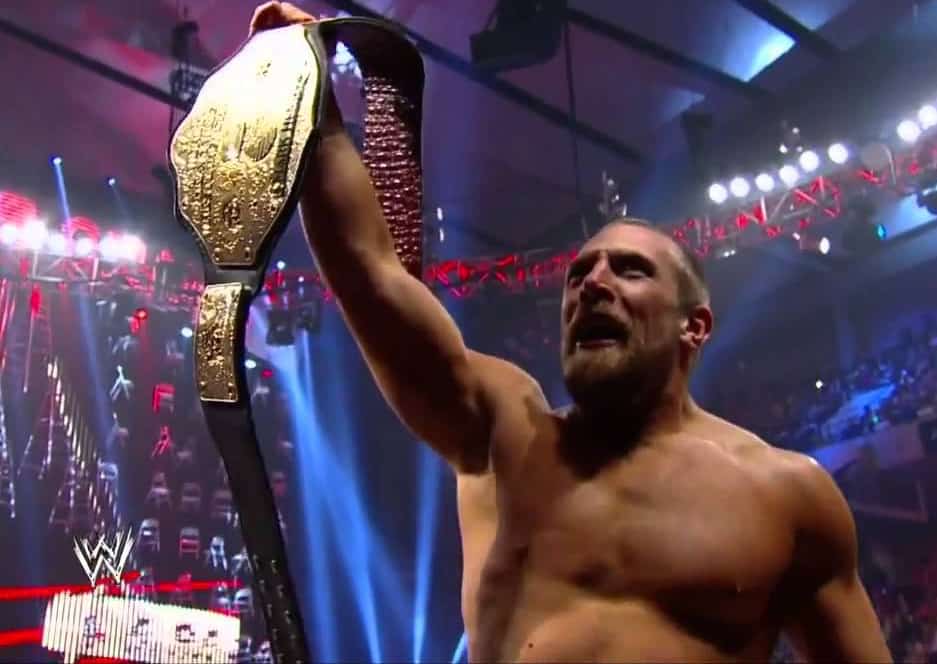 Daniel Bryan is a married man. We bring you details about his marital life including how he met and married his fellow wrestler turned wife, Brie Bella.

Bryan and Brie started dating after they both played roles together on a WWE storyline together during an episode of Monday Night Raw in November 2010. 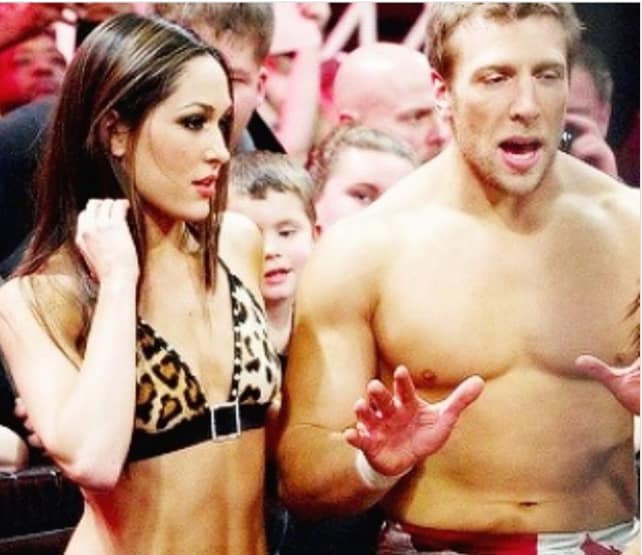 He won the match of the storyline and celebrated with Bella. The couples thereafter became an enviable pair for the next three years.

Said Bryan of their relationship in 2013.

The duo got married on the 11th of April 2014 and had a lavish celebration at the L’Auberge Resort and Spa in Sedona, Arizona. 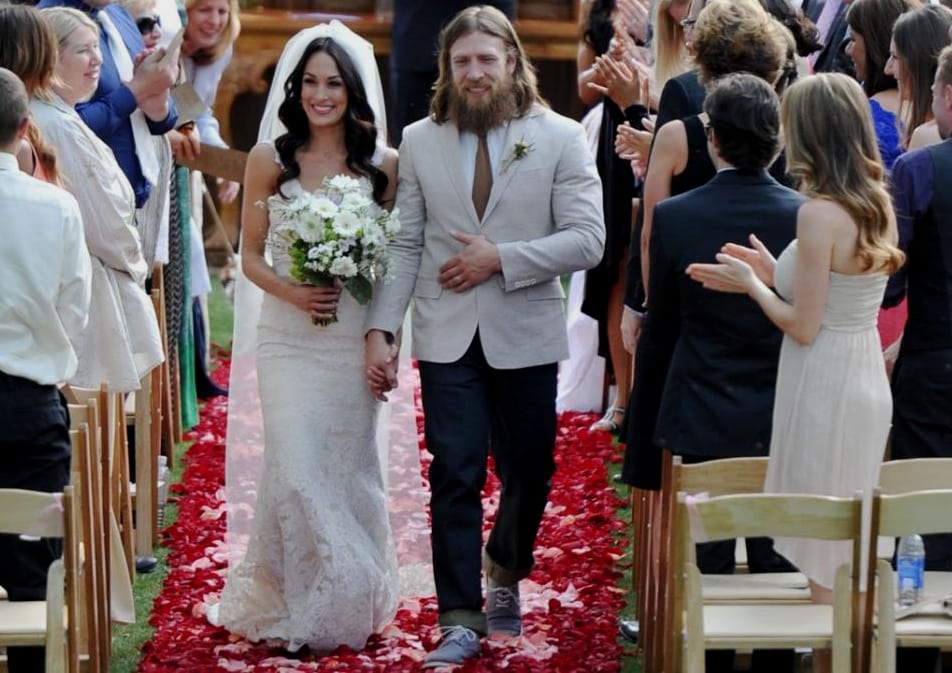 Their Union is blessed with a daughter, Birdie Joe Danielson born in May 2017. It wouldn’t be long before the family welcome an extra addition as Bryan wants two children. 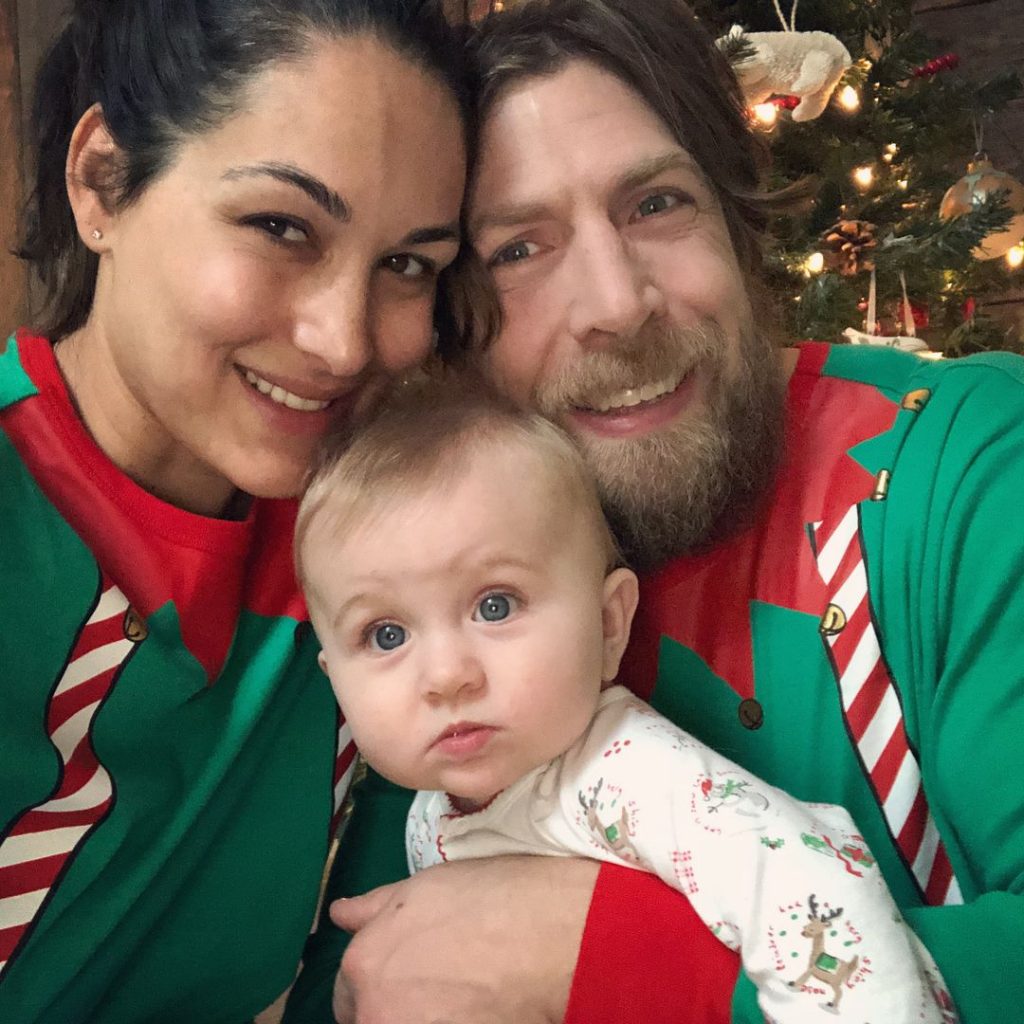 Daniel Bryan and CM Punk are the only men in the wrestling industry that have won both WWE Championship and the ROH World Championship. 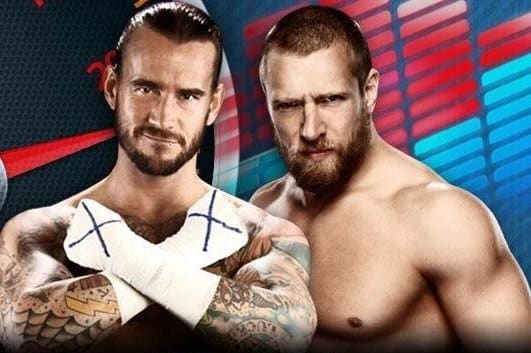 Bryan considered using weird stage names such as “Buddy Peacock” and “Llyod Boner” before he finally settled for “Bryan Daniel”.

The wrestler has made few appearances as a TV star, thanks to his wife’s regular feature on E! network reality series Total Divas. 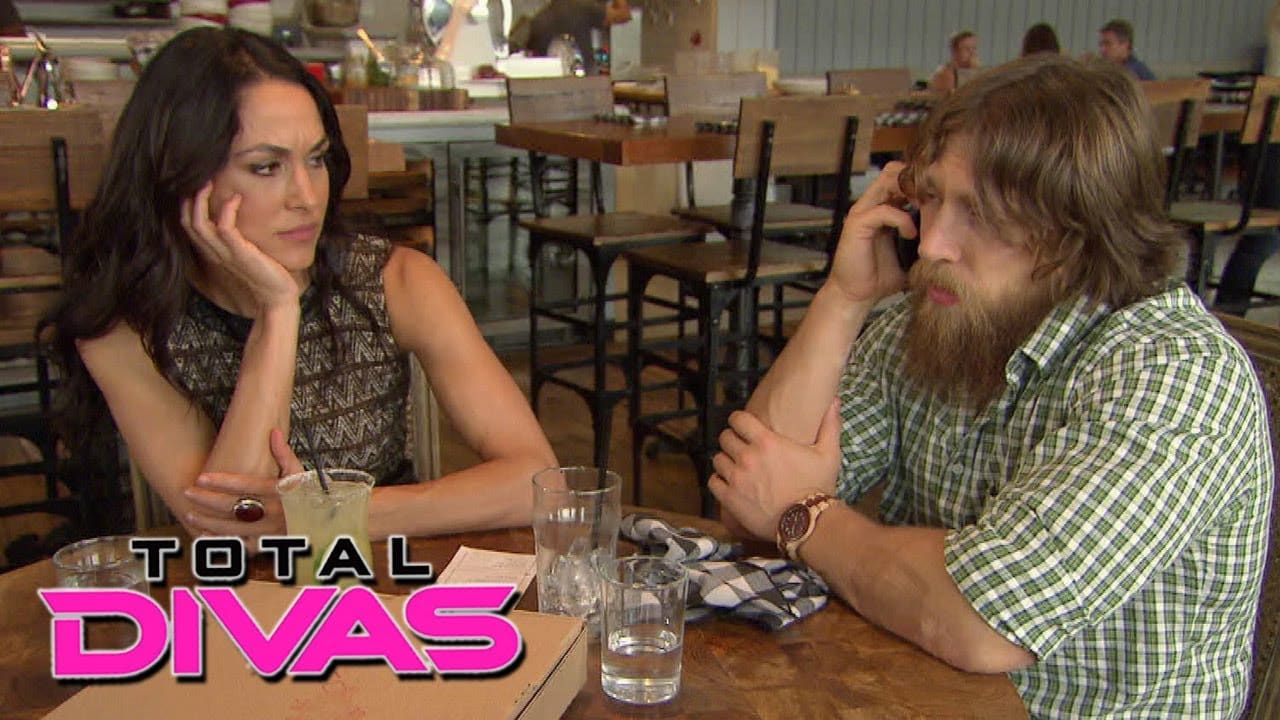 He retired from wrestling in 2016 due to health problems sustained from injuries and was given a non-wrestling role months later as General Manager of SmackDown live.

Fast forward to May 2018 Bryan was certified medically fit to return to in-ring competition.

While most wrestlers are known for their entrance songs, Bryan is known for the “Yes Chants” he made in 2014 after beating Kofi Kingston.

The chants thereafter became popular in other pro sports like NBA and were also used for political campaigns.

Bryan was for the better part of his wrestling career, a skilled wrestler who struggled with a bedevilling problem. The trust is, he struggled with not having good verbal skills.

He, however, got to realize that his predilection was one of life’s many mysteries. It was one which made him unique when compared to his charismatic counterparts. These people often feed off energy whenever they are being placed in the spotlight. 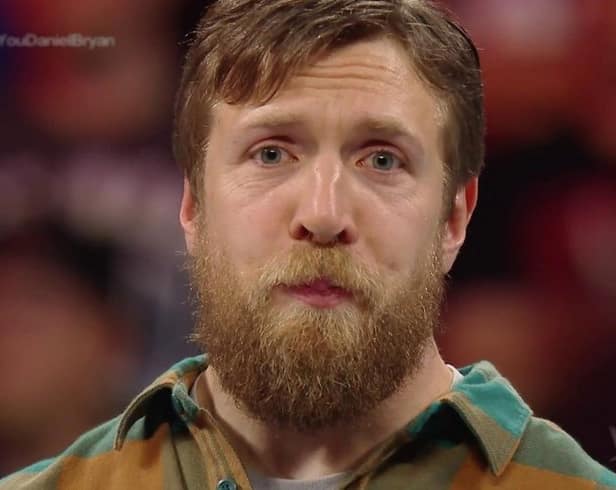 Life has generally been a bag of a surprise for the one-time vegetarian. Considering his improbable journey from many independent promotions. And then to the main event of wrestling mania.

As a result, it doesn’t take much to make the animal-friendly athlete happy.  Especially as he lives a life of no expectations. He is someone who takes each day as it comes and does just what he enjoys.

The self-described environmentalist cannot dive or swim because of irreparable damage on his eardrums after a fight in 2007.

He, however, takes pleasure in other hobbies that include watching movies/tv series and playing football and video games.

FACT CHECK: Thanks for reading our Daniel Bryan Childhood Story plus untold biography facts. At childhood biography, we strive for accuracy and fairness. If you see something that doesn’t look right in this article, please place your comment or contact us!