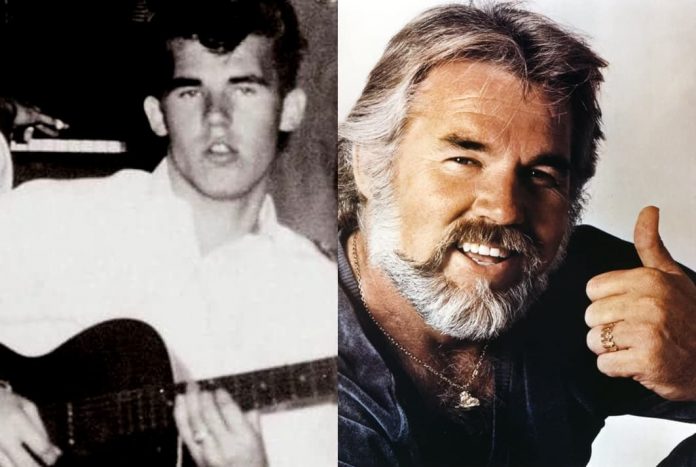 In a nutshell, we portray the late American singer-songwriter. It begins from his early days, to when he became famous.

To give you a taste of the engaging nature of Kenny Rogers’ Bio, here is a pictorial summary of his life.

Yes, everyone knows of his raspy voice and multiple hit songs. However, only a few consider Kenny Rogers’ Biography, which is quite interesting. Now, without further ado, let’s begin.

For Biography starters, he’s nicknamed “The Gambler.” Kenneth Ray Rogers was born on the 21st day of August 1938 in the City of Houston in the State of Texas, U.S.A.
He was one among 8 children born to his mother, Lucille Rogers and to his father, Edward Floyd Rogers.
The legendary Country singer whose family loves to call ‘Kenneth Ray’ was an American national of mixed ethnicity with Irish and Native American family origins.
What’s more, He grew up in his birth city in Houston alongside his siblings Barbara, Billy Rogers, Geraldine, Lelan Rogers, Randy Rogers, Roy Rogers and Sandy.
Growing up at a housing project in Houston, young Kenny had a humble and challenging upbringing because his parents were poor.
As such, he learnt to be go-getter from a very young age and saw a future for himself in music even when none of his immediate family had a history with the art.

To start with Roger’s parents, his dad – Edward Floyd Rogers, was a carpenter and a well-known alcoholic who saw thin lines between construction, repair and drinking for the better part of his lifetime.
On her part, Kenny’s mom – Lucille Rogers was a nursing assistant who perfectly knew how to take care of people, thanks to raising 8 kids and an extensive career in the healthcare line.

Upon recording a few local hits with The Scholars, Kenny went solo and had a number of minor songs before he became a part of ‘The Bobby Doyle Trio Jazz’ group which did fold up, putting Kenny back on the track of a solo career.
Subsequent musical endeavours saw Kenny record unsuccessful Jazz singles before joining American folk music group ‘The New Christy Minstrels’ as a singer and double bass player in the year 1966.

Fortunately for Kenny, The group wasn’t offering a platform that could propel him to success.
Thus he quit along with other group members who he began – ‘The First Edition’ group with, later known as ‘Kenny Rogers and The First Edition’.
The group did release a number of hits that went on to top pop and Country charts. The development gave Kenny an unimaginable boost in confidence which did inspire him to quit the group in 1976 and embrace a solo career for the rest of his life.

Just months into his solo Career, Kenny came up with a hit solo Album ‘Love lifted Me’ whose fair success gave him signs that his breakthrough in music was no longer far from him.
When Kenny’s self-titled and second studio album, ‘Kenny Rogers’ was released in 1977, he eventually became a household name as one of the album’s hit single ‘Lucille’ won him a Grammy Award for best male country vocal performance (1977).

It is said that third time’s the charm, but Kenny made an exception when his love life went past the popular threshold. In fact, he did tie the knot 5 times with women who went from being his girlfriend to his wife then exes.
They include Janice Gordon who bore him a daughter Carole and Jean Rogers who didn’t bear him children before they went separate ways.
Others are Margo Anderson and Marianne Gordon who bore him sons Kenny Jr. and Christopher respectively.

The singer eventually found stability when he met Wanda Miller Rogers, a lady that was 28 years his junior.
They did date for a few months before getting married on June 1, 1997. Their union gave rise to the birth of two sons – Jordan and Justin (born 2004).
The family was a happy one that always found reasons to stick with each other until Kenny’s demise in March 2020.
Do you know that Kenny’s family were present at his bed when he drew his last breath? Such was the measure of the love that they had for the singer.

Great talents like Kenny Rogers don’t just start existing they stem forth from supportive families. We bring you facts about the legend’s family members.

Kenny’s father, Edward Floyd Rogers was an alcoholic carpenter. His issue with being drunk began after World War II when there was not enough job to go around for U.S. working population.

As such, the father of 8 was not happy with his inability to provide enough for his family, a development that made him began drinking. Notwithstanding, Kenny credits him for his ability to make people laugh, regardless of his state of mind.

Kenny’s mom was a religious woman with a third-grade education. Notwithstanding, she was full of wisdom and even had a long term job as an assistant nurse. Kenny credits her for force-feeding him and his siblings with religion.

She always kept tabs with Kenny’s music career and once sought to know whether she was the woman that he sang about in the sad song “Lucille”. Fortunately, she wasn’t.

Kenny Rogers grew up in the company of 7 siblings whom not much is known about save for his brother Lelan Rogers who was the eldest of the 8th siblings.
Unlike Kenny, Lelan was a record producer and record company executive until his death in 2002. The Singer’s other little known siblings include his sisters Geraldine, Barbara and Sandy while his brothers were Billy Rogers, Randy Rogers and Roy Rogers.

Away from Kenny Rogers immediate family, not much is known of his ancestry and family roots particularly those of his maternal and paternal grandparents.

In the same vein, there are no records of the singer’s aunts, uncles and cousins while his nephews and nieces are yet unknown at the time of writing this biography.

Personal Life away from career:

Fans of Kenny Rogers spread around the world can confess to some truths about his personality. They include his incredible work ethic, unwavering passion, generosity, great sense of humour and emotional intelligence.
Also, Kenny had no problems with revealing facts about his private and personal life and he did engage a number of activities as his interests and hobbies during his lifetime.
They include dirt racing, basketball, photography, playing the guitar, playing tennis, writing and spending good time with his family and friends.

Did you know that Kenny Rogers had an estimated net worth was at $250 dollars before his demise? He made the bulk of that money through his music endeavours.
Other engagements, like acting and appearing in commercials did well to increase his wealth. Did you know that Kenny was also into real estate and had a chain of restaurants – Kenny Rogers roasters?
Thus, he was one of the richest country musicians of his time with asset and exotic cars that did communicate his class. They include numerous vintage cars and his $50 million houses in California.
The house has deluxe rooms with state of the art features that include a swimming pool, sauna and sports room. Other were a Gym, jacuzzi, cinema, bar, home office among other features.

To wrap up our Kenny Rogers childhood story and biography here are little known or told facts about the singer.

Rogers did once confess to being force-fed religion by his Christian mom. However, it is not entirely known whether she was successful at it or not. But the odds are in favor of Kenny being a believer.

Asides from music, Rogers was popular for his appearance in the 1982 movie ‘Six Pack’. In addition, he is well known for his appearances in TV series that had the names of his hit songs. They are the Gambler series, Christmas in America, and Coward of the County.

Kenny had influence in the rise and popularity of other fellow country music singers like Keith Urban, Dolly Parton, Donny Osmond, Don Henley and last but definitely not the least, Lionel Richie.

Most singers and celebrities would prefer to be seen with cute cats or dogs. Kenny chose not to follow suit. Instead, he had a pet goat known as Smithy. According to him, smithy was a companion. He said the goat gave him a calming influence after his long and stressful tours.

After almost 60-decade active career, Kenny found his way into the Country Music Hall of Fame in 2013. In that year, his name took a place alongside other great country musicians like Jack Clement and Bobby Bare.

FACT CHECK: Thanks for reading our Kenny Rogers Childhood Story plus untold biography facts. At childhood biography, we strive for accuracy and fairness. If you see something that doesn’t look right in this article, please place your comment or contact us!