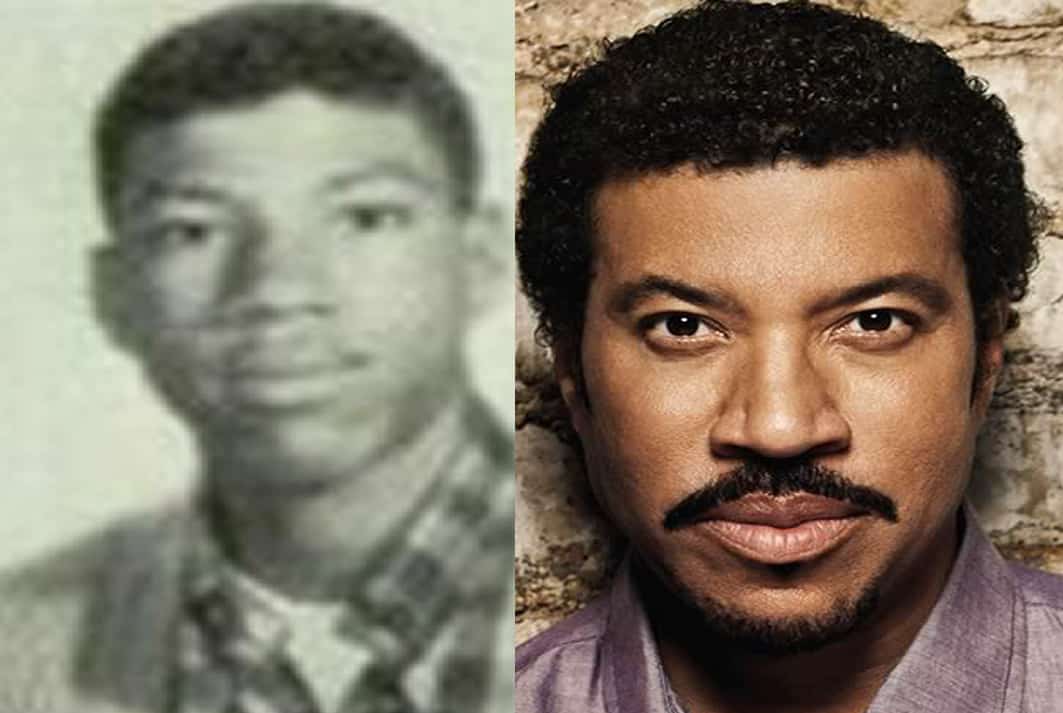 CB presents the Full Story of a Global Celebrity with the nickname “Skeet“. Our Lionel Richie Childhood Story plus Untold Biography Facts brings you a full account of notable events from his childhood time to date.

Yes, everyone knows of his smooth and soulful love ballads of the 1970s and ’80s. However, only a few consider Lionel Richie’s biography which is quite interesting. Now, without further ado, let’s begin.

The American national of black ethnicity with English, Scottish, French and Canadian roots was raised at his hometown in Tuskegee, Alabama where he grew up alongside his only sibling and sister, Deborah Joyce Richie.

Growing up at Tuskegee, Lionel learnt to appreciate and engage his family’s heritage in music. His maternal grandmother, Adelaide Mary Brown was a classical pianist who introduced him to the fundamentals of music at an early age.

Young Lionel also had a little-known uncle who was a big-band jazz musician and arranger. He bought Lionel his first saxophone and went on to familiarize the youngster with the tenets of band music.

Lionel’s education background includes his studies at Joliet Township high school in Joliet, Illinois. While at the school, Lionel combined academics with ardent interests in music and tennis.

Upon his graduation from the high school, Lionel accepted a Tennis scholarship to study at Tuskegee Institute in Alabama, USA where he obtained a Bachelor of Science degree in economics and thereafter proceeded to Auburn University for brief post-graduate studies.

The history of Lionel’s early career in music dates back to his college days at Tuskegee Institute where he formed a succession of R&B groups in the mid-1960s. By the time Lionel was aged 19 in 1968, he became a singer and saxophonist with a group called Commodores.

The group released their debut album ‘Machine Gun’ followed by the self-titled album, ‘Commodores’ which became popular and established members of the outfit as prospects to watch out for in the music industry.

1981 was the year which Lionel made the decision to become irrevocably committed to pursuing a solo career in music without serving as an appendage to band groups. Moving in that direction he sang the theme song for the film ‘Endless Love’ along with Diana Ross.

Months after its release as a single, ‘Endless Love’ became a hit song that recorded tremendous success by topping charts in the UK, Brazil, Australia, New Zealand Japan and Canada.

Emboldened by the success of ‘Endless Love’, Lionel began his solo career in 1982 with a self-titled album “Lionel Richie”. The album which contained hits like ‘Truly’, ‘You Are’ and ‘My Love’ recorded huge commercial success by selling over 4 million copies.

However, Lionel’s next album “Can’t Slow Down” turned out to be more successful than the former as it sold over twice as many copies and secured two Grammy awards including Album of the Year. The rest, as they say, is history.

Lionel Richie has been married twice. We bring you facts about his dating history, marriages and current relationship status. To start with his dating history, Lionel is known to have had a romantic stint with American songwriter, Cynthia Weil before he got married to his first wife Brenda Harvey.

Brenda and Lionel met while at high school. Their love blossomed over the years culminating in their union in holy matrimony in 1975. The now estranged couples had an adopted daughter, Nicole Richie before things got sour between them and led to their divorce in 1993.

Moving on, Lionel got married to his second wife, Diane Alexander in 1986. Diane was a lady whom Lionel had an extramarital relationship with while being married to Brenda Harvey. Their marriage was blessed with a son, Miles Brockman Richie and a daughter, Sofia Alexandra Richie before their separation in 2003.

Regarding his current relationship status, Lionel is in a relationship with his girlfriend, Lisa Parigi who doubles as a model and entrepreneur. The lovebirds who have been dating for years are very much in love with each other and might soon take their relationship to the next level.

Lionel Richie hails from a middle-class family background. We bring you facts about his family life.

About Lionel Richie’s father: Lionel Brockman Richie Sr was the father of Lionel Jr. He was born on the 8th day of October 1915 and worked as a system analyst for the U.S army. Until his death in October 1990, Lionel Sr was a supportive dad who promoted his son’s interests in music and provided him with moral support when he needed it most.

About Lionel Richie’s mother: Alberta R Richie was Lionel’s mom. She was born on the 27th day of January 1917 and worked as an elementary school teacher. As a teacher, she had good taste in spoken and written English. Thus, she enforced its proper usage at home until her demise in 2001. For this reason, Lionel appreciates good grammar as evident in his interviews and creative works.

About Lionel Richie’s siblings: Lionel Richie has no brothers but a sister called Deborah Joyce Richie. The only sibling does not operate much in social media space. As a result, little is known about her.

About Lionel Richie’s relatives: Away from Lionel Richie’s immediate family, his maternal grandparents were Albert Davidson Foster and Adelaide M. Brown while his paternal grandfather and grandmother were Charles A./E. Richie and Ida J. Garfield respectively. He also had a little known uncle who introduced him to band jazz as a kid. There is not much known about his aunts, nephews and nieces while his cousins have not been identified in notable events of his early life till date.

What makes Lionel Richie tick?. Sit back as we bring you makings of his personality to help you get a complete picture of him. To begin with, Lionel’s persona is a blend of Gemini Zodiac traits.

He is emotionally in tune, motivated, imaginative and shares information about his personal and private life. His interests and hobbies include making friends, travelling, singing, gardening, collecting fireplace and spending good time with his friends and family.

Lionel Richie has an estimated net worth of over $200 million at the time of writing. The origin of Lionel’s wealth stems from his musical endeavours and home decor business while analysis of his spending patterns reveals that he lives a luxurious life.

Pointers to his luxurious lifestyle include his $6.0 million Italian Renaissance-styled house in Beverly Hills. The mansion has features like exquisite rooms and a large garage.

The veteran singer expresses his expensive and classical taste in cars by possessing rides that include a Datsun 280Z, Mercedes 450 SEL, Range Rover L322, Porsche 930 and a Ferrari Scaglietti.

To wrap up our Lionel Richie childhood story and biography here are facts that are hardly included in his bio.

FACT CHECK: Thanks for reading our Lionel Richie Childhood Story plus untold biography facts. At childhood biography, we strive for accuracy and fairness. If you see something that doesn’t look right in this article, please place your comment or contact us!