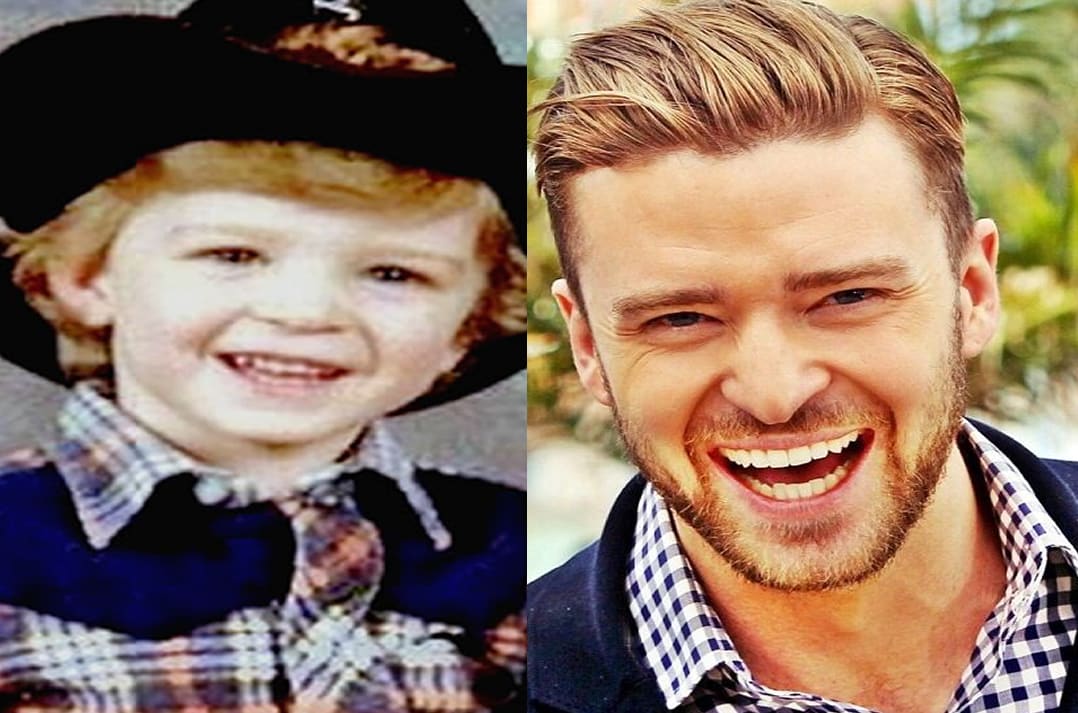 Childhood Biography presents the Full Story of an American Celebrity with the nickname “JT“.

Our version of Justin Timberlake’s Biography and Childhood Story brings you a full account of notable events from his boyhood days to the moment he achieved fame.

More so, his relationship life, personal life, family facts, lifestyle and other little-known facts about him.

Yes, everyone knows he is one of the world’s influential pop icons. However, only a few consider Justin Timberlake’s biography which is quite interesting. Now, without further ado, let’s begin.

Starting off, Justin Randall Timberlake was born on the 31st day of January 1981 at Memphis in Tennessee, USA.

Young Justin was the only child born of the union between his mother, Lynn Boman Harless and his father, Randall Timberlake. 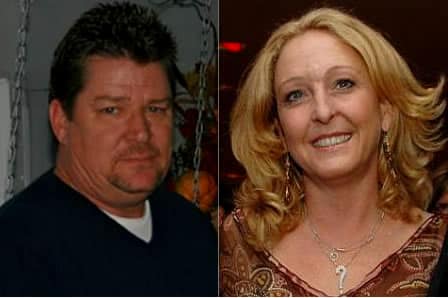 The American national of white ethnicity with English, Irish, Scottish, Welsh, Dutch, French and German roots was only three years old when his parents got divorced.

Following the separation, Timberlake was raised by his mom at Shelby Forest – a border community in Memphis – where he grew up without biological siblings. 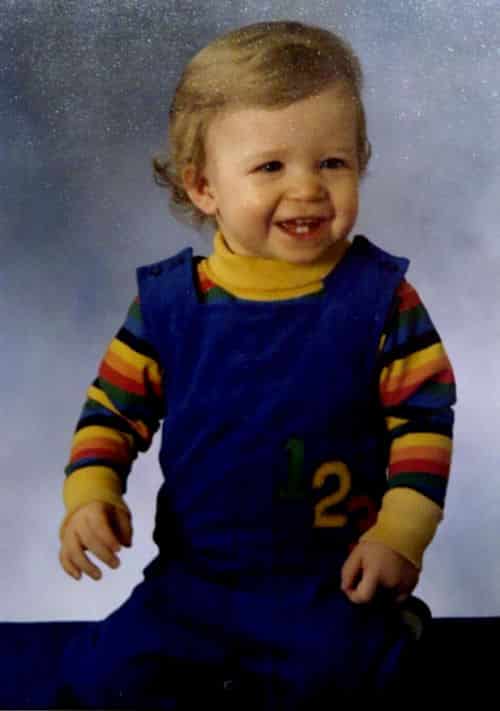 Growing up at Shelby Forest, Timberlake’s grandfather introduced him to music specifically the country genre of music by artists like Johnny Cash and Willie Nelson.

Young Timberlake quickly learnt the art by emulation and soon began performing both country and gospel music as a child.

Timberlake’s education background comprises of his studies at E.E. Jeter elementary school. While at the school he combined academics with building a career in music.

The then 11-year-old was still a student of the school when he appeared on the television show “Star Search” to perform country songs under the name “Justin Randa”. 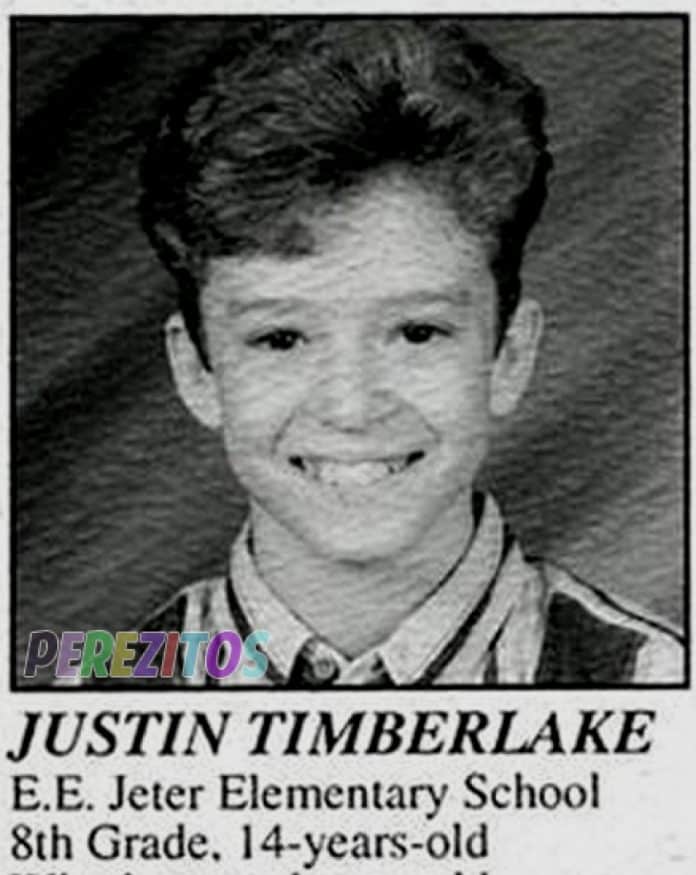 He further sought to improve on his art by listening to rhythm and blues music performed by classical artists of the 1960s and 70s like Al Green, Stevie Wonder and Marvin Gaye.

Away from music, Timberlake secured an acting gig and was a cast member in “The All-New Mickey Mouse Club” between 1993 and 1994.

Other notable child actors of the show include singer Britney spears and actors Ryan Gosling as well as Keri Russell. 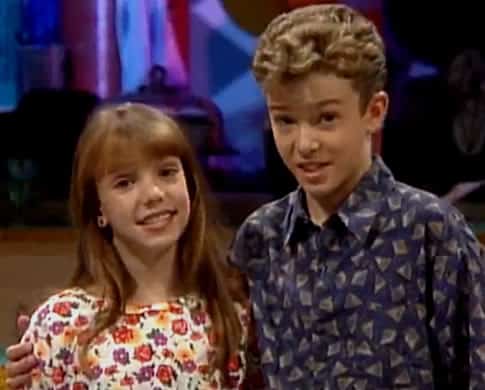 Subsequent academic pursuits saw Timberlake opted-in for the distance learning services provided by the University of Nebraska High School and received his diploma many years later in the year 2000.

The history of Timberlake’s significant engagement in Singing dates back to the year 1995 when he joined an all-male singing group called NSYNC that was organized by boy band manager, Lou Pearlman.

The boyband began their career in 1996 at Europe with Timberlake as one of its lead singers and went on to record breakthrough in the year 1998 at the US with the release of their self-titled debut studio album which sold over 11 million copies.

While Timberlake was still with the NSYNC, he appeared in the Disney Channel “movie “Model Behavior” in 1999.

He also worked with the boy band for the release of their albums No “Strings Attached” (2000) and “Celebrity” (2001) before the group went into hiatus in the year 2002 due to decline in popularity. However, Timberlake had his individual rising stardom intact and made plans to ride on it.

Speak of Timberlake’s plan for his future, he desired to become a solo artist but lacked the confidence to tread that path.

In fact, Timberlake wrote the single “Gone” in 2001 for recording by Michael Jackson but the king of pop turned the song down.

Left with no choice Timberlake handed the song to his dying boy band NSYNC which recorded it.

However, Jackson later called Timberlake on phone to express his desire to recording “Gone” with just him and not with the boy band group.

Timberlake would years later admit that Jackson’s desire to record “Gone” as a duet with him provided the much confidence he needed to go solo. 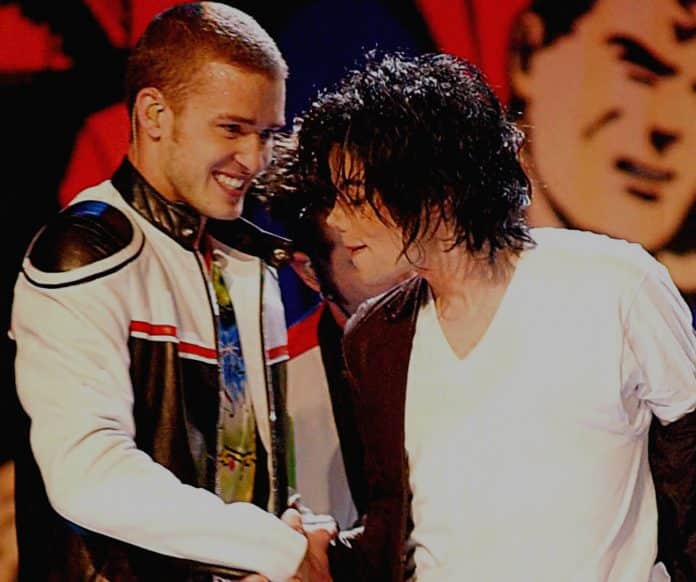 Emboldened by his collaboration with Michael Jackson, Timberlake went solo in 2002 by performing his debut solo single “Like I Love You” at the 2002 MTV Video Music Awards. 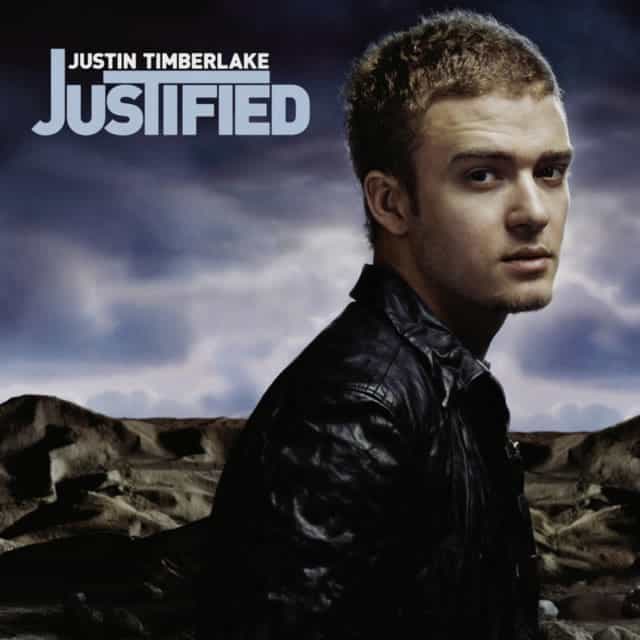 Fast forward to date Timberlake is an established singer and actor with his latest and fifth album (at the time of writing) being “Man of the Woods” released on the 2nd of February 2018.

Speak of his latest engagements in acting, Timberlake voiced the lead character in DreamWorks Animation’s musical comedy “Trolls” (2016) and made an appearance in the movie “Wonder Wheel” (2017). The rest, as they say, is history.

Justin Timberlake is married at the time of writing. We bring you facts about his dating history and marriage. To start with, Timberlake was not known to have dated any girl or lady before he met his girlfriend Veronica Finn.

Justin and Veronica were 17 and 16 years respectively when they began dating amidst conflicting schedules. They parted in 1998 after spending a year and a half together. 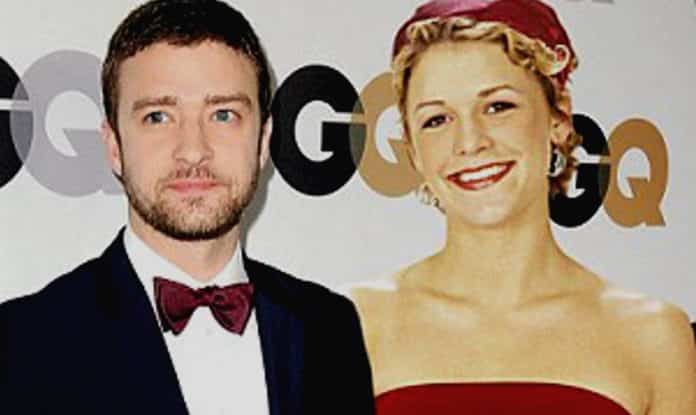 Theirs was a relationship that lasted for three years (1999-2002) before they broke up. Timberlake also had romantic stints with women that include Alyssa Milano, Tatyana Ali and Cameroon Diaz between 2003 – 2006.

Timberlake’s next notable relationship came by in 2007 when he met his wife to be, Jessica Biel at the Golden Globes.

They began dating afterwards until January 2011 when reports surfaced about Timberlake’s alleged cheating on Biel with actress Olivia Munn.

Following the reports, Timberlake and Biel separated only to get reunited months later. They took their relationship to greater levels by getting engaged in December 2011 and tying the knot on the 19th of October 2012.

Their marriage is blessed with just one child – at the time of writing – called Silas Timberlake (born April 8, 2015). 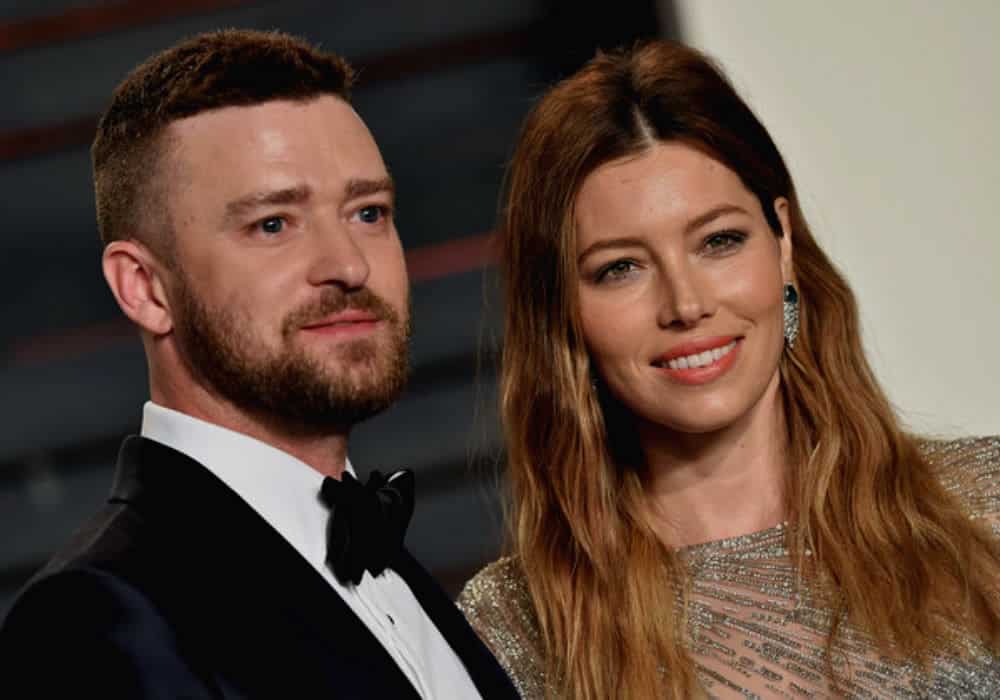 Justin Timberlake hails from a middle-class family background. We bring you facts about his family life.

Randall Timberlake is the dad of the singer. He worked as a Baptist Church choir director during Timberlake’s early life and got separated from his mom when he was only three years old in kindergarten school.

Nevertheless, Randall Maintained a close relationship with the singer and united him with other members of the Timberlake family. 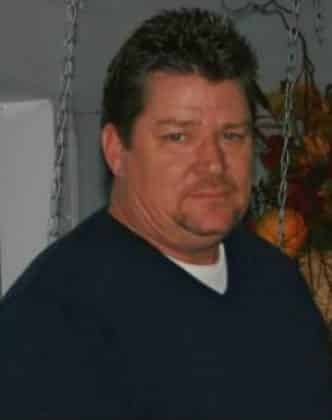 Lynn Boman Harless is Timberlake’s mom. She is an actress and producer who share close personal and work relationship with Timberlake.

She got married to financial analyst Harless after her separation from Timberlake’s dad. Together, Lynn and Harless provide Timberlake with the parental support that he needs. 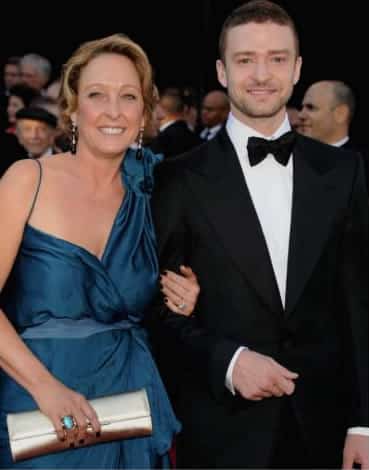 Timberlake only has half-siblings born to his father Randall from his remarriage to Lisa perry. The siblings include Jonathan Perry and Stephen Robert.

Like Timberlake, Jonathan has interests in the music industry and plies his trade as a music producer while little is known about Robert who attended Lipscomb University. 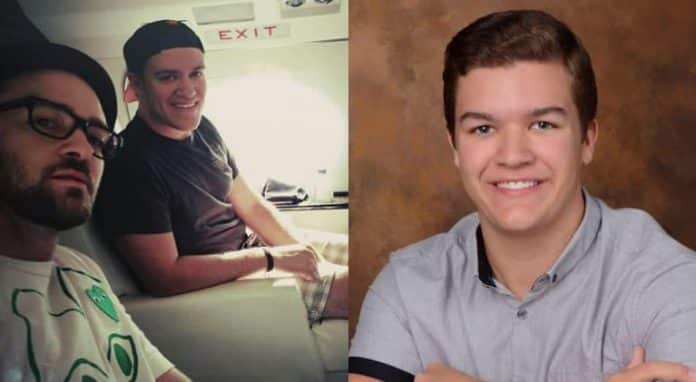 Away from Timberlake’s immediate family, his paternal grandparents were Charles L. Timberlake and Bobbye/Bobby Joice Williams while his maternal grandfather and grandmother were William Silas “Bill” Bomar and Sadie Lee Timbs respectively.

Little is known about Timberlake’s aunts, uncles, nieces and nephew while his cousins have not been identified in notable events of his early life till date.

What makes Justin Timberlake tick?. Sit back as we bring you makings of his personality to help you get a complete picture of him. To start with Timberlake’s persona is a blend of Aquarius Zodiac traits.

He is extroverted, unique, commands respect and moderately reveals details about his personal and private life.

His hobbies include collecting sneakers, snowboarding and skiing Timberlake also has interests in basketball and football as well as loves spending time with friends and family. 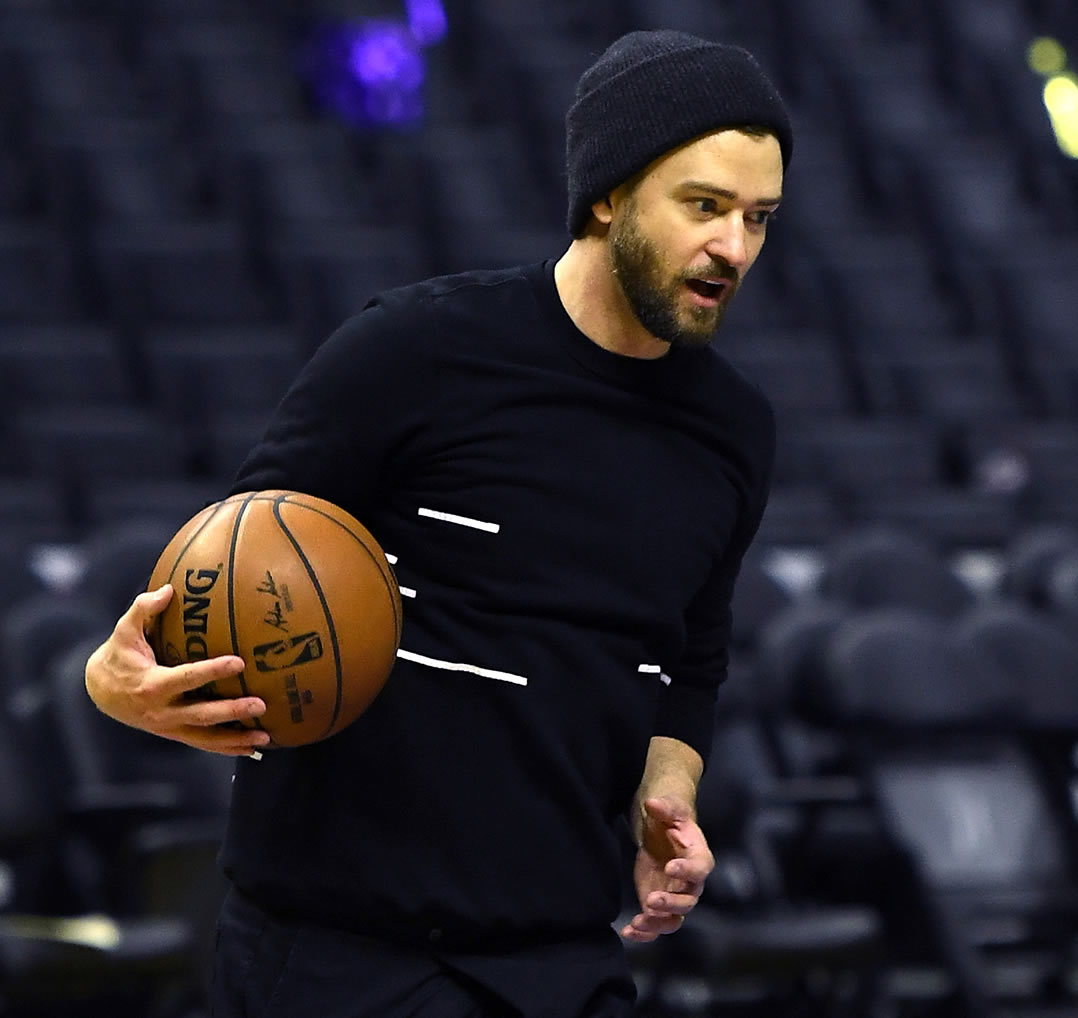 Justin Timberlake has an estimated net worth of over $ 115 Million at the time of writing. The origin of his wealth stems from his music and screen endeavours.

As well as endorsements while analysis of his spending patterns reveal that he lives a luxurious life.

His assets in that line include a $7.65 million penthouse condominium located at SoHo Mews.

The singer also communicates his luxurious taste in cars.

He does that by possessing a collection that includes rides like a Jeep Wrangler, Audi A8, Audi Q7, Lexus RX 350, Audi S5 Cabriolet among others. 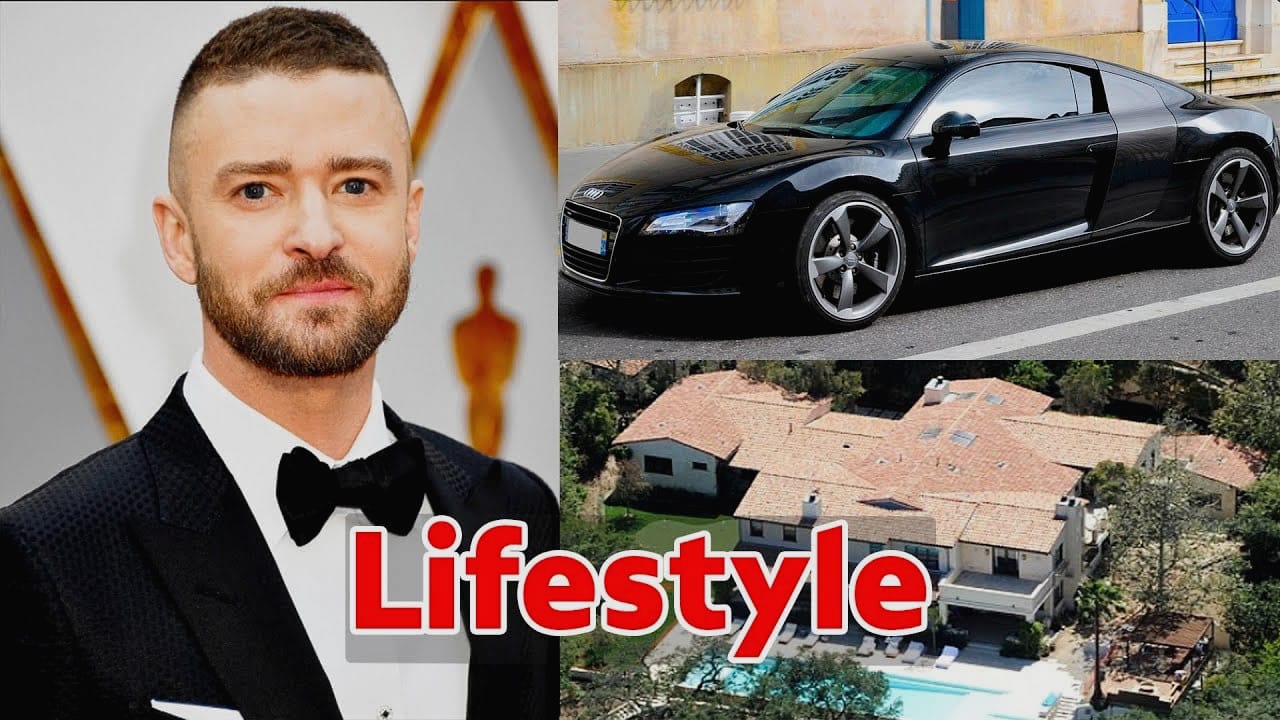 To wrap up our Justin Timberlake childhood story and biography here are facts that are rarely included in his bio. 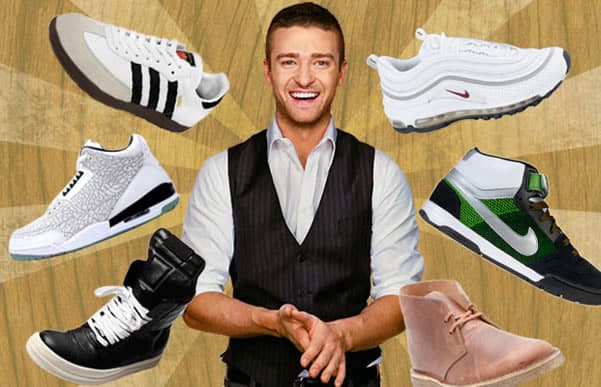 Regarding his religion, Timberlake was born and raised as a Baptist. He still practices Christianity at the time of writing.

Timberlake has won a record of 10 Grammy and has been nominated 38 times for the award. 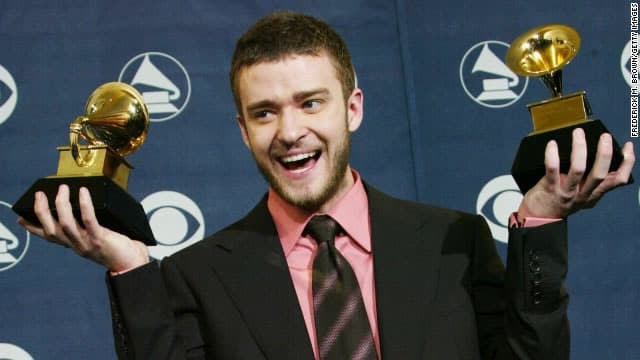 He has no tattoos and gave up smoking when recording “FutureS3x/LoveSounds“. However, he drinks moderately.

Outside music, Timberlake has a clothing line called “William Rast”. Also, a restaurants and his own brand of tequila called “901”. 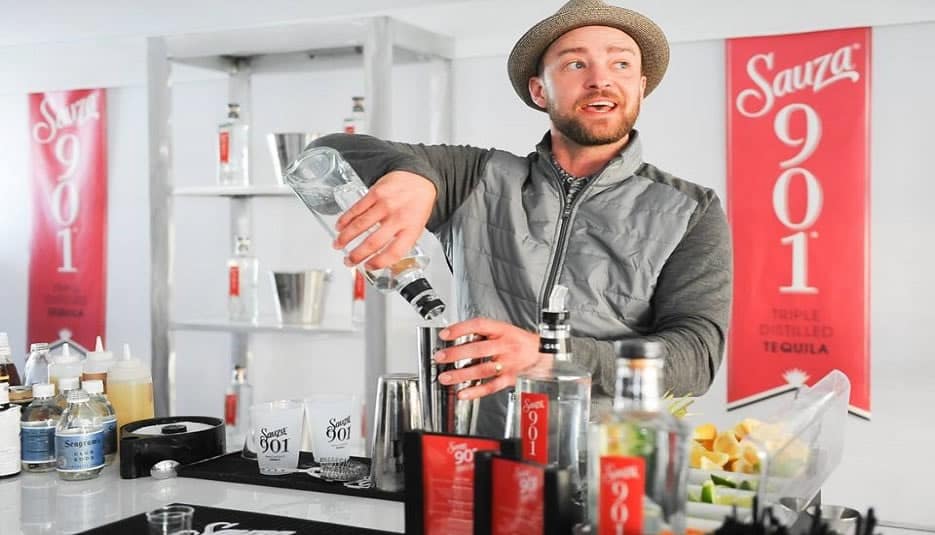 Timberlake doesn’t write down his lyrics and reportedly produced “Justified” without ever writing.

Thanks for reading our Justin Timberlake Childhood Story. Also, his untold biography facts.

At childhood biography, we strive for accuracy and fairness. Asides from Timberlake’s Bio, we’ve got other great Singers’ childhood stories for your reading pleasure. That of Halle Bailey and Demi Lovato will interest you.

If you see something that doesn’t look right in this article, please place your comment or contact us.