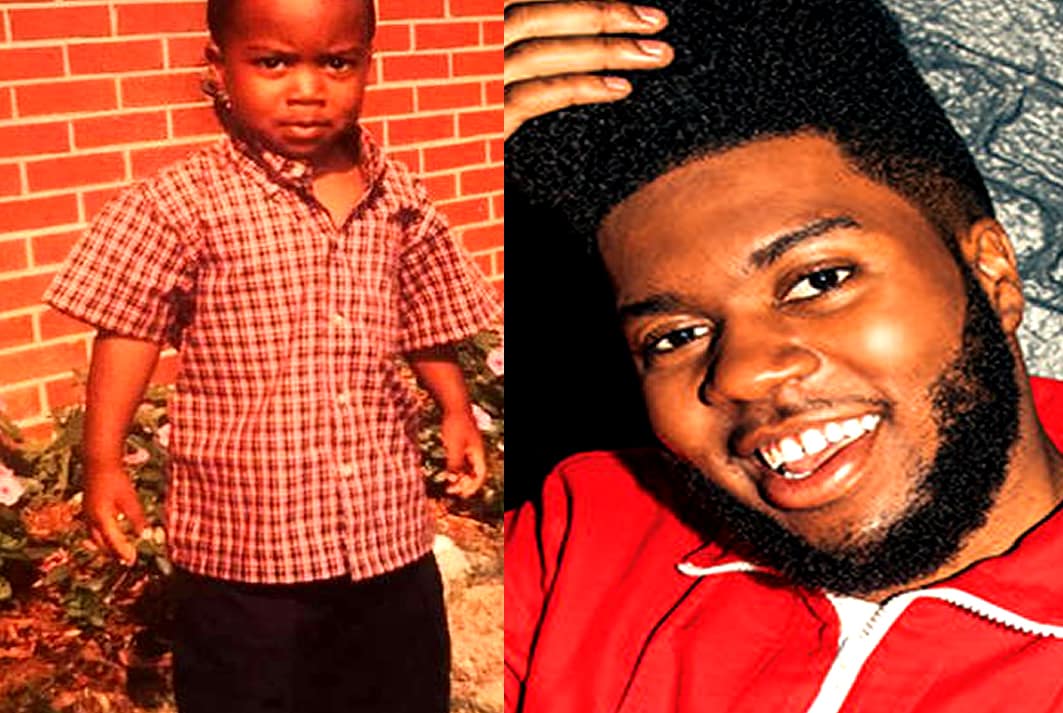 It is full coverage of Khalid Robinson’s Childhood Story, his Biography, Parents, Family facts, and other notable events right from his early days to when he attained fame.

Yes, everyone knows he is one of Americans’ fastest-rising R&B Artists. However, only a few consider Khalid Robinson’s Biography, which is quite interesting. Now, without further ado, let’s begin.

For Biography starters, Khalid Donnel Robinson was born on the 11th day of February 1998 to his mother, Linda Wolfe, and his father, of whom little information is known about in Fort Stewart, Georgia.

He is the only known child that was born of the union between his mother, Linda Wolfe, and his father. Behold, one of Khalid Robinson’s parents – his Mum.

The American national of Afro-American ethnicity has a family origin that remains mysterious to the world as much information is yet to be revealed about his family roots.

As a kid, Khalid had a similar experience as Morgan Freeman. Linda Wolfe (his Mum) raised him at different geographical locations namely; Fort Campbell in Kentucky, Fort Drum in Watertown, New York, and Heidelberg, Germany.

As a young boy, he experienced two major tragic events. First, the relationship between Khalid Robinson’s parents fell apart early on, which lead to a divorce.

A few years after the divorce, another tragedy followed. This time, poor Khalid witnessed the death of his father.

Little Khalid was traumatized by the tragic situations that kept unfolding in his family and had his mom as his most trusted consolation.

A few years after the death of his father, Khalid and his mother moved from Germany where they had lived for six years to El Paso, Texas where he was enrolled to study at the Americas High School.

While in his junior years at The Americas High School, Khalid studied singing and musical theatre. His talent in music earned him popularity in no distant time and made him a major target for bullies who were envious of his achievements.

Starting off, Khalid had initially intended to become a music teacher but rather found himself doing so well in music more than he had envisaged that he started to record songs and uploaded them to his SoundCloud page while in High School.

In the quest of composing a befitting song for prom, Khalid worked tirelessly to ensure that his masterpiece was a hit.

He contacted producer Josh Scruggs popularly known as producer Syk who invited him over to his studio in Atlanta. 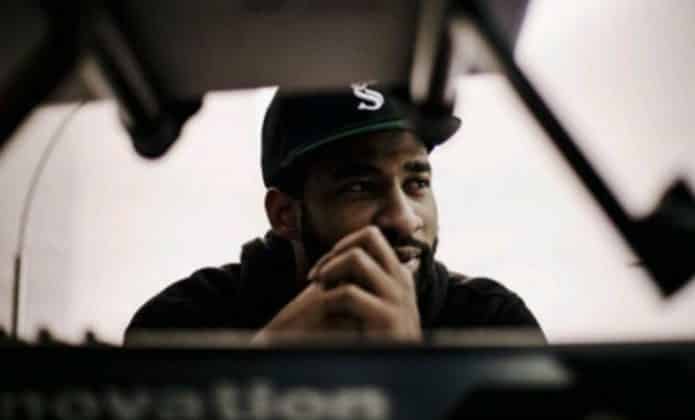 Early on, Khalid Robinson had to constantly travel from El Paso to Atlanta in order to ensure that he was able to come up with a song that would match up to his reputation in school.

His determination for a new song also came along with a huge price.

He had difficulties in meeting up with some of his necessary schedules as he had to attend classes as well as spend time on the song he was working on. Khalid’s effort was not wasted as he soon released his High School masterpiece – Location – in July 2016.

Upon completion of his singles “Location” Khalid charted number two on the Billboard Twitter Emerging Artists chart and by the end of the year 2016, he also charted number 20 on the US Mainstream R&B/Hip-Hop Airplay chart.

He soon reached the Top 10 on the US Hot R&B Songs’ chart and premiered the music video for “Location” on The Fader’s website.

Fast forward to the time of writing this bio, Khalid Robinson is one of Americans’ fastest rising R&B Artist who has made his mark in the entertainment industry with his latest track “Talk” which was released on the 7th day of February 2019.

He has earned several awards since his rise to fame and received his first five careers Grammy Award nominations at the 60th Grammy Awards.

To start with, Khalid Robinson is single at the time of writing this bio. The young talented rising star has kept his love life private.

Although Khalid loves spending time with several of his female friends, he has not disclosed if any of them is particularly his girlfriend.

However, many of Khalid Robinson’s fans are reportedly speculating that he may be having a secret romantic relationship with the fifth harmony singer Normani Kordei who is Khalid’s self-proclaimed BFF.

The rising American singer and songwriter comes from a middle-class family background. In this section, we bring you more information about Khalid Robinson’s family, beginning with his parents.

About Khalid Robinson’s father and mother:

Linda Wolfe is Khalid Robinson’s mom. She worked in the military as a supply technician and became a member of the Army chorus.

The nature of her job was the reason why they frequently moved from one location to another.

Linda Wolfe and Khalid’s dad separated while Khalid Robinson was still young. Khalid’s dad was later killed in a car accident which caused a lot of distress during his childhood.

Khalid has disclosed that his mother is his biggest motivation that has prompted him into developing an interest in music.

She had initially wanted to become an R$B singer back in the 1990s. A time he performed with a U.S Army band while working with the military. 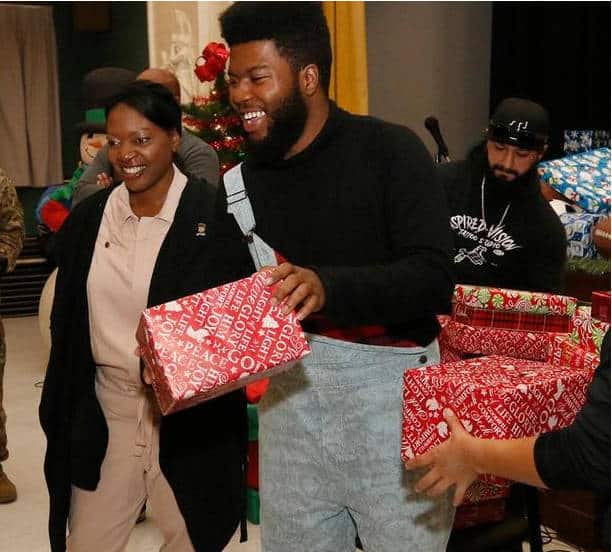 About Khalid Robinson’s siblings and relatives:

Khalid Robinson has no brother and sister and there has been no information regarding his uncles and aunts.

Moving on to his ancestry, there has been no information about Khalid Robinson’s maternal grandfather and grandmother, as well as his paternal grandparents. Furthermore, he has no nephews and nieces at the time of writing.

Away from Khalid Robinson’s music endeavours, we bring you facts about his personality. In order to help give you a complete picture of him. To begin with, Khalid Robinson’s persona is a blend of Aquarius Zodiac traits.

He always enjoys keeping his personal life private and has not really been interested in disclosing what his hobbies and interests are.

Robinson is strictly concerned about improving his music career. And he is focused on attaining grand achievements in the entertainment industry.

Robinson has an estimated net worth of $3 million at the time of writing. The origin of his wealth stems majorly from his musical endeavors. While analysis of his spending patterns and lifestyle remains a mystery.

Since his coming into the limelight of the entertainment industry, the young rising artiste has spoken less about his financial achievements and has neither derived pleasure in showcasing his assets on social media.

Khalid Robinson owns a house which is located in Encino. This is a suburban neighborhood of San Fernando Valley. His house is a renovated building worth about $1.9 million. And spans over a landmass area of 2,787 square feet.

Khalid Robinson has uploaded numerous pictures that show him posing with different kinds of exotic cars on social media, but not much is known concerning his right of ownership to those cars.

To wrap up our Khalid Robinson childhood story and biography, here are some lesser-known facts about him that will help you grasp a complete picture of his bio.

He is a follower of Jesus Christ. Khalid Robinson’s parents early on ensured he was brought up in the morality and belief of the Christian faith.

As he advances in age, he discloses to his fans that although he was born into a Christian family, he does not consider himself to be highly religious.

At the time of writing, neither of Khalid Robinson’s family members including himself has been spotted smoking including drinking as well.

Since he is still a young artist, his interest has only been channeled. Into making it big in music. Rather than indulging in any sought of distractions such as drinking and smoking.

FACT CHECK: Thanks for reading our Khalid Donnel Robinson Childhood Story, plus untold biography facts. At childhood biography, we strive for accuracy and fairness. If you see something that doesn’t look right in this article, please place your comment or contact us!