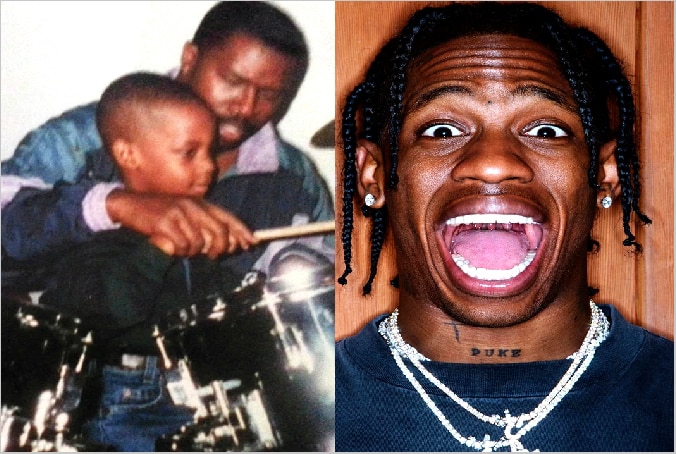 Starting off, his nickname is “La Flame“.

Our Biography of Travis Scott tells you Facts on his Childhood Story, Family, Parents, Early Life and other notable events right from his childhood time to the time of writing.

Yes, everyone knows of how he fuses Hip hop, Lo-fi and ambient music to produce his own unique music style.

However, only a hand few of fans consider our version of Travis Scott’s Biography, which is quite interesting. Now, without further ado, let’s begin.

Starting off, Travis Scott had the names Jacques Berman Webster II upon his birth. He was born on the 30th day of April 1991 to his parents, his mum- Wanda Yvette (Flood) and dad- Jacques Bermon Webster in Houston, Texas.

Travis is the first of three children born of the union between his parents. Behold, Wanda Yvette (Flood) and Jacques Bermon Webster – the persons who brought La Flame to the world.

Looking into Travis Scott’s family origin, one would clearly deduce that the American singer has an African-American ethnicity owing to his dark skin.

He hails from a middle-class family background and was raised at several locations.

The American music prodigy lived with his grandmother throughout the first six years of his life in South Park, Houston and later moved to Missouri City where he lived with his parents.

Growing up with his grandmother, Travis saw a lot of crazy things in his neighborhood. He had to put up with the lifestyle of the Ghetto/Hood environment. South Park Houston area back then is known for its mischievous crimes.

His grandmother felt that the environment was too dangerous for his upbringing and then informed Travis Scott’s parents to come pick him up. Travis Scott once said while growing up in the Ghetto;

“Growing up, my grandmother stayed in the hood so I have seen random crazy shit.

I saw mad burns and crazy spazzed out motherfu*k*rs, then I saw people looking weird, hungry and grimey.

I was always like, I gotta get the fu*k out this sh*t.

The hood gave me edge and made me who I am today”.

On reaching Missouri City, Travis Scott’s parents enrolled him at Elkins High School where he completed his High School study at the age of seventeen. He soon gained admission into the University of Texas-San Antonio.

Did you know?… Travis later dropped out of the University during his sophomore years to fully concentrate on music.

Dropping out of school didn’t go well with Travis Scott’s family members. For poor Travis, it was a painful sacrifice that seems to be his best course of action.

At first, Travis Scott’s parents couldn’t believe their ears when the information of their child’s drop-out reached them. Angered by his decision to leave school for music, his parents cut off every financial support they were rendering their son.

He was bittered and disappointed. Again, he was ridiculed and laughed at, but he counted all these experiences as the basic motivations he needed to achieve the success he had envisaged in music.

This is the crucial part of Travis Scott’s Biography he would never forget. Moving on, he soon teamed up with his friend Chris Holloway and formed a group called The Graduates. Together, they released an untitled debut EP on Myspace.

One year after the release of their EP, Travis Scott formed a new group – The Classmates – with his former schoolmate, OG Chess.

The Classmates worked hard and in 2009, they released their first project, Buddy Rich. They also went on to release Cruis’n USA in 2010 all thanks to the exceptional production skills of Travis Scott.

His disappointments were getting bigger and his challenges seem to be piling up all the more. Trying to survive, he moved to New York City and stayed with his friend Mike Waxx the owner of Illroots (a music website).

Contrary to the luxurious lifestyle of people within his age-group, Travis Scott was left with no option than sleeping on the floor while he lived at his friend’s house. He endured a life of discomfort in order to be able to spend time at Just Blaze’s studio.

A few months of lack of success in New York City saw Travis Scott moving out to Los Angeles where he was still abandoned by his friend who had promised him accommodation.

Frustrated by the whole ordeal, he went back to his family home at Houston. Yet again, Travis Scott’s parents kicked him out, an act which forced him to return to Los Angeles.

Travis Scott’s success was not served to him on a platter of gold. His friend’s couch at the University of Southern California became his bed space as well as the only accommodation he could find.

He soon came into the limelight of professional music through TI of Grand Hustle who heard his production – Lights Love Sick – and signed a deal with him.

Scott started to work on his first full-length professional project (a mixed tape titled Owl Pharaoh) which was delayed and later recreated by Kanye West and Mike Dean.

Fast forward to the time of writing Travis Scott’s Biography, the music superstar has made a lot of impacts in the American entertainment industry.

He has been nominated for six Grammy Awards since his rise to fame. He also won a Billboard Music Award and has sold over 45 million certified records in the US alone.

Travis Scott’s track, Astroworld was nominated for the Album of the Year in the 2019 BET Hip Hop Awards on the 5th day of October 2019. The rest, as they say, is now history.

The relationship lifestyle of the exceptional American music artiste is quite interesting. At the time of writing, Scott has been involved in a relationship with only one person since his rise to fame.

As impossible as it may seem for the life of a veteran Artiste, Travis Scott started dating the reality TV star, Kylie Jenner in April 2017. 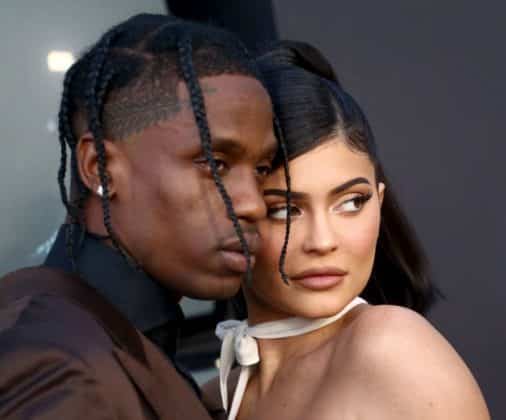 His relationship with Kylie gave rise to the birth of their firstborn child, Stormy Webster on the 1st day of February 2018.

The two love-birds were immersed in the euphoria of having a child and puts a lot of effort into raising their only child. 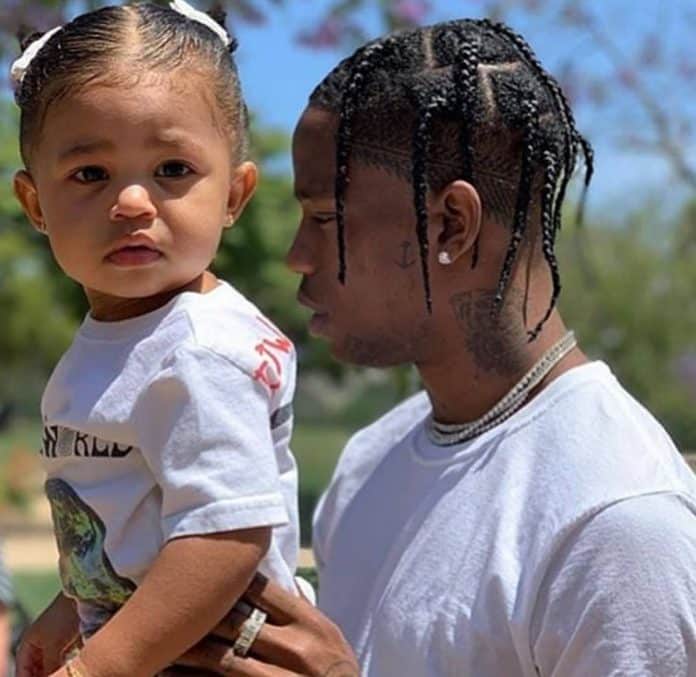 In 2019, Travis Scott and Kylie Jenner revealed that they were no longer dating again. The news of their break-up became a beacon of distress in the life of their fans who could hardly believe the reality of the news.

Moving on to Travis Scott’s family life, the music star hails from a middle-class family background.

Scott fell out of his parents’ favour when they realized that he had dropped out of college in pursuit of a career in music. In this section, we provide you more about Travis Scott’s family members beginning with his parents.

He quit his business to pursue a career in music which did not turn out to be successful.

Scott’s mom worked with AT&T store selling phones in order to meet up to their family’s financial demand.

He always referred to his mom as the major motivation as to why he desperately worked hard to succeed in music.

Travis Scott has a younger brother and a younger sister who are actually twins namely; Joshua and Jordan. Not much information is known about his younger siblings.

He has not seen the need to disclose more details about his relationship with his brothers as well as his sisters. 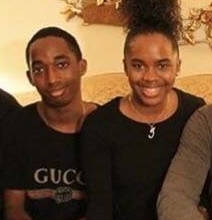 His paternal grandparents were Waymon Travis Webster and Rever Berneise (later Bernice) Sargent. Not much information is known about Travis Scott’s uncles and aunts as well as his nieces and nephews.

Growing up in the Hood has made Travis Scott highly experienced in tackling complicated issues. His major interests and hobbies as a young man were partying and football.

He would party with his friends and drink with them at bonfires after which they would go to football games.

Although he enjoyed partying, he was so determined in achieving his dreams. The music superstar never allows his hobbies to affect his hard work in music.

At the time of writing Travis Scott’s Biography, he has an estimated net worth of $40 million. The origin of his wealth stems majorly from his musical endeavours.

The analysis of Travis Scott’s lifestyle shows that he utilizes every asset he has to live a comfortable life.

In October 2018, Travis Scott and his ex-girlfriend, Kylie Jenner paid a whooping sum of $13.45 million for a house in Beverly Hills, California.

Scott also owns different brands of exotic cars including his infamous Maybach which is worth an estimated sum of $1.6 million. 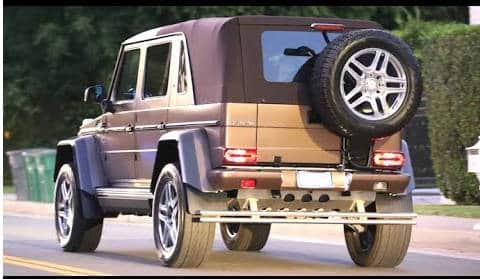 In the concluding section of Travis Scott’s bio, here are some lesser-known facts about him.

The veteran music artiste has inked not less than thirty-nine tattoos on his body. Some of his tattoos include; Monkey with Headphones, Full moon above bat, Lips, Anchor and Tiger.

More so, Lion with Wings, Butterfly, Tribal Design Lines and Nature Landscape to mention a few.

Travis Scott whose name from birth was Jacques Berman Webster II, disclosed that his uncle was the inspiration behind his popular stage name – Travis Scott. In one of his interviews he said:

Travis Scott’s parents raised him in the Christian faith. However, the celebrity has always kept his religious beliefs private. It is yet uncertain as to whether he would soon decide to focus on a particular faith like Eminem, however, only time shall tell if he suddenly makes such an important decision.

FACT CHECK: Thanks for reading our Travis Scott Childhood Story plus untold biography facts. At childhood biography, we strive for accuracy and fairness. If you see something that doesn’t look right in this article, please place your comment or contact us!