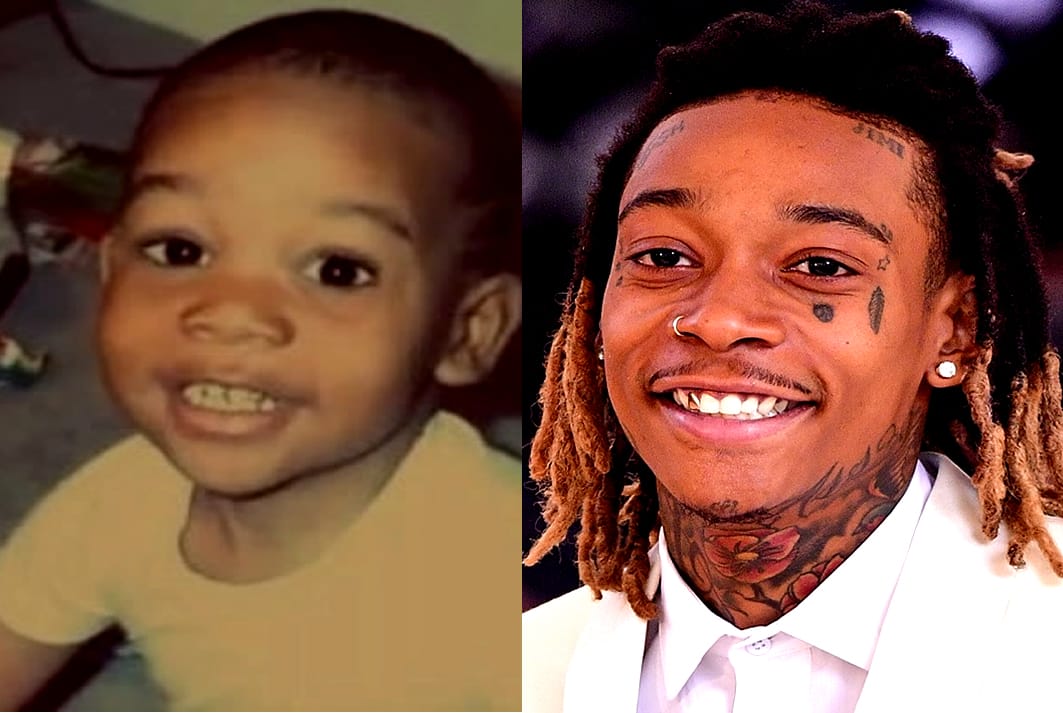 Childhood Biography presents the Full Story of an American Rapper with the nickname “Little Queer“.

Our version of Wiz Khalifa’s Biography Facts, including his Childhood Story, brings you a full account of notable events from his childhood time to date.

Yes, everyone knows he (just like Snoop Dogg, Burna Boy, etc) is one of the world’s leading rap artists. However, only a few consider Wiz Khalifa’s biography, which is quite interesting. Now, without further ado, let’s begin.

For Biography starters, Cameron Jibril Thomaz was born on the 8th day of September 1987 at Minot in North Dakota, U.S.

He was the second of two children born of the union between his mother, Peachie Wimbush-Polk and his father, Laurence Thomaz. Behold, Wiz Khalifa’s parents.

The American national of black ethnicity with Afro-American roots had a globe-trotting early life due to his father’s engagement with the US military service.

As a result, he lived in Japan, The United Kingdom and Germany.

By the time young Khalifa was aged 3, his parents got divorced, a development which later saw his mother settle at Pittsburgh in Pennsylvania, USA when Khalifa was already aged 9.

It was at Pittsburg that Khalifa was raised by his mom alongside his elder brother Dorien ‘Lala’ Thomaz.

Not long after they settled, Khalifa – who had discovered his love for making music early in life – started writing lyrics of songs he hoped to record in the future. 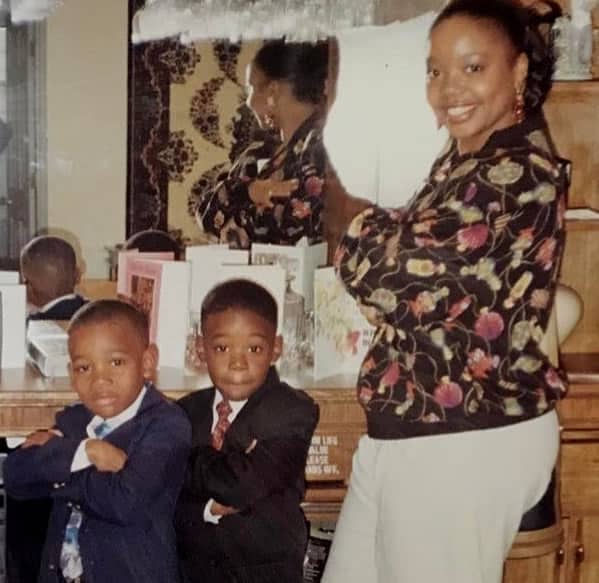 Regarding his schooling, Wiz Khalifa studied at Taylor Allderdice High School in Pittsburgh.

While at the institution, which has the only available records of his academic background, Khalifa progressed from writing lyrics to recording tracks. 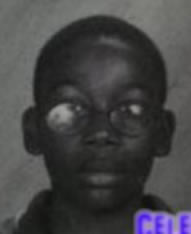 When Khalifa was aged 15 in 2002, he became very passionate about recording music that the management of the studio – I.D. Labs – where he recorded granted him free professional-grade studio time in view of his zeal and quality of the lyrics he penned down.

Asides from carrying out solo records, Khalifa gained influence by contributing to the mixtape of upstart artists in Pittsburgh.

By virtue of such influence, Khalifa was attracted to Rostrum Records president Benjy Grinberg, who signed the budding talent to his record in 2005. 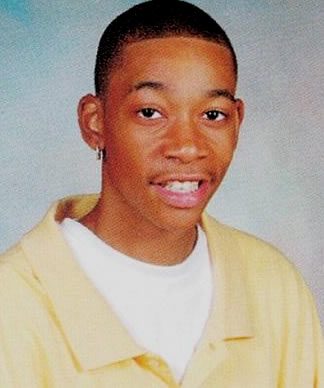 Months after being signed to Rostrum Records, Khalifa released his first mixtape, “Prince of the City: Welcome to Pistolvania” (2005) and went on to release his first full-length album “Show and Prove” (2006).

Although the debut album wasn’t successful, he was nonetheless touted as an “artist to watch” by Rolling Stone Magazine that year.

Moving on, Khalifa got signed to Warner Bros Records in 2007 but released two mixtapes “Grow Season” and “Prince of the City 2” through his former label – Rostrum Records.

He eventually made his debut Warner Bros single “Say Yeah” which received urban radio airplay and charted on the Rhythmic Top 40 and Hot Rap Tracks charts in 2008.

Not long after Khalifa released the mixtapes “Star Power” and “Flight School” with Rostrum Records. 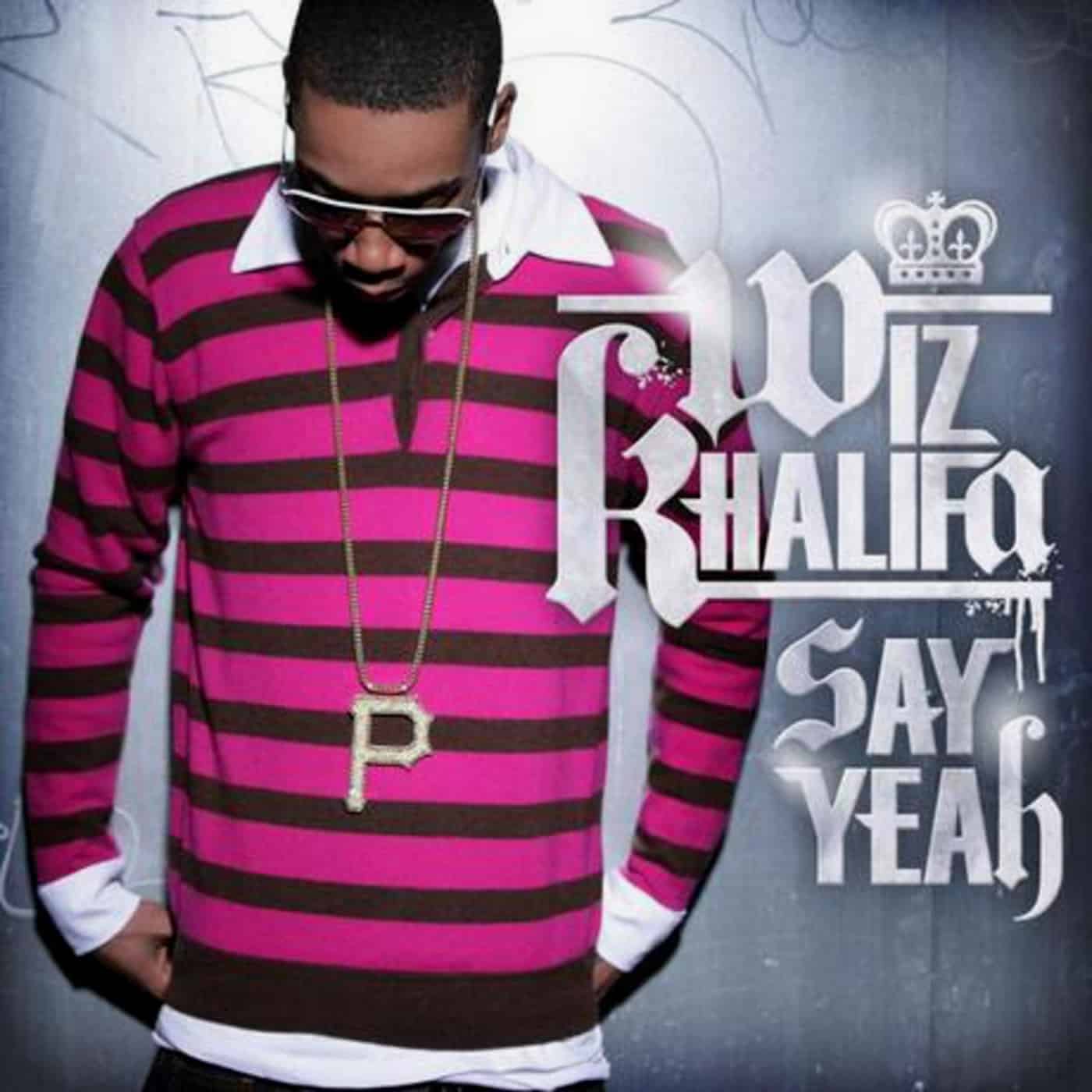 Eager to ride on the minor breakthrough that accompanied “Say Yeah”, Khalifa invested much on ensuring the release of his planned debut album for Warner Bros.

However, the label kept Khalifa in stagnation by delaying the release. Frustrated and dejected, Khalifa bode goodbye to Warner Bros and looked forward to being in control of his next moves. 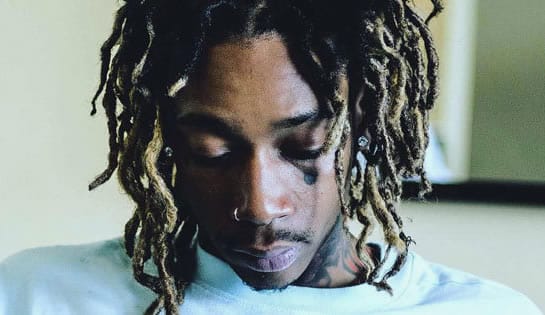 In a rather slow but calculated move, Khalifa continued his association with Rostrum Records and released a single, ‘Teach U to Fly’ as well as the mixtape ‘How Fly’ before he got signed to Atlantic Records in July 2010.

Khalifa’s debut single for Atlantic “Black and Yellow” eventually brought him a breakthrough as it peaked at number one on the Billboard Hot 100.

Fast forward to date Wiz Khalifa is a successful rapper known for his chart-topping hits “Work Hard, Play Hard” (2012) and “See You Again” (2015) with his latest (at the time of writing) and 7th studio album being “Rolling Papers 2” (2018). The rest, as they say, is history. 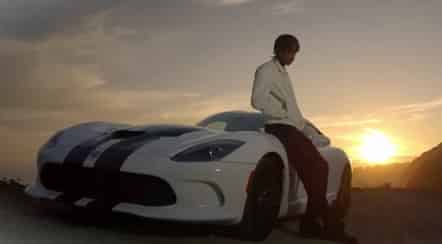 Khalifa ranks among numerous rap artists who were once married. Behold factual details of his dating history, unsuccessful marriage and current relationship status.

Getting started on Khalifa’s love life before marriage, the Rapper is known to have dated American Reality TV Contestants Draya Michele and Natalie Nunn before meeting his love interest turned wife – Amber Rose. 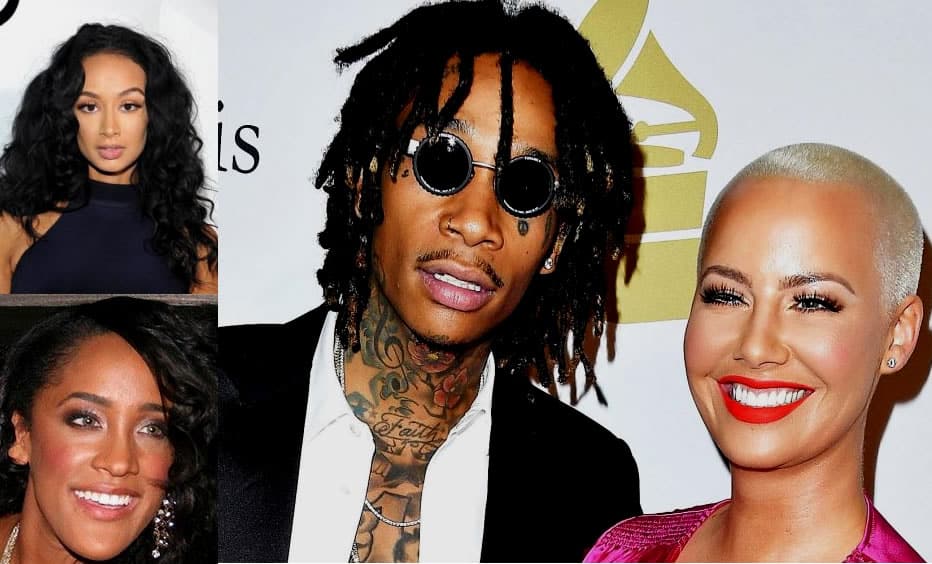 Amber Rose and Khalifa began dating in 2011 and made their relationship public by appearing in a FADER magazine spread.

They went on to get married on the 8th of July 2013, an event that came just months after the birth of their son Sebastian.

The ex-couples who seem perfect for each other got separated on the 22nd of September 2014 and divorced on the 7th of Jun 2016, with Amber citing irreconcilable differences. 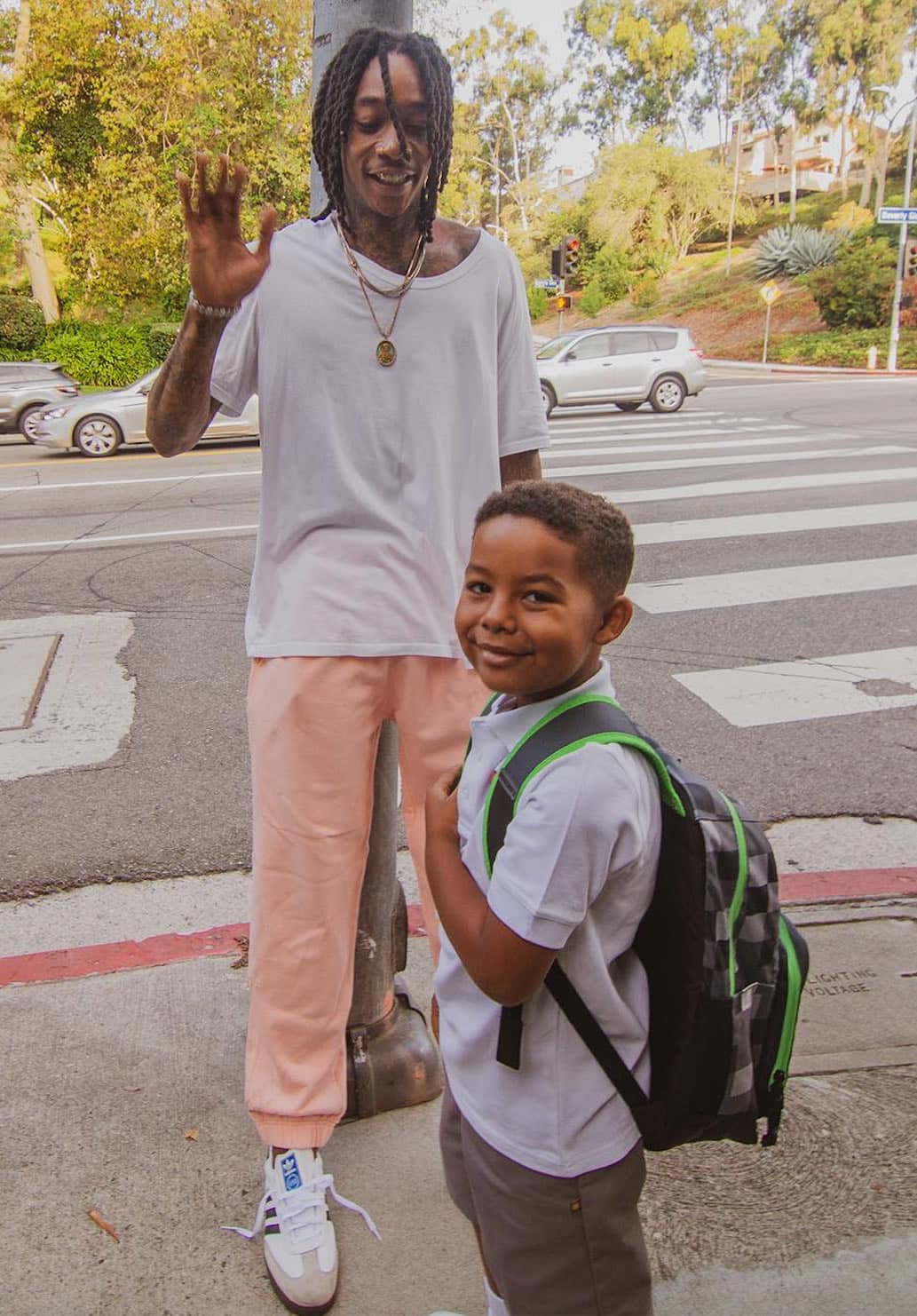 Following the failure of his marriage with Amber, Khalifa dated no fewer than 6 women including María Becerra and Brazilian Model Izabela Guedes before he met his current girlfriend and Canadian Model – Winnie Harlow.

The duo who began dating in June 2018 keeps serving relationship goals that prove love transcends beyond the physical. 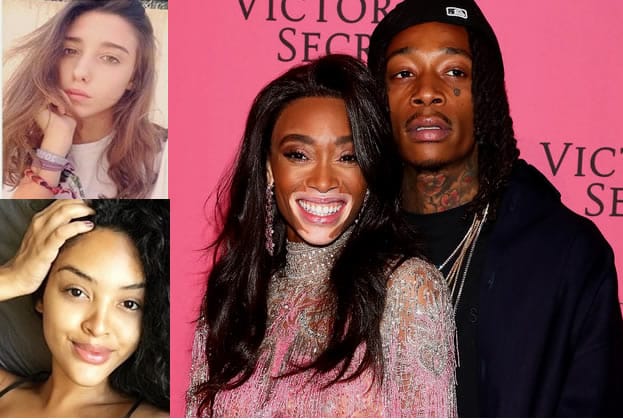 Khalifa has a middle-class family background and decent from multi ethnoreligious antecedents. Factual details of his family life are provided below.

Laurence Thomaz is Khalifa’s dad. He worked in the US Military service during Khalifa’s early life and divorced the rapper’s mom when he was only 3 years old.

However, the separation didn’t tell on Laurence father-son relationship with Khalifa as he maintained regular contacts with the rapper and was supportive of his dreams. 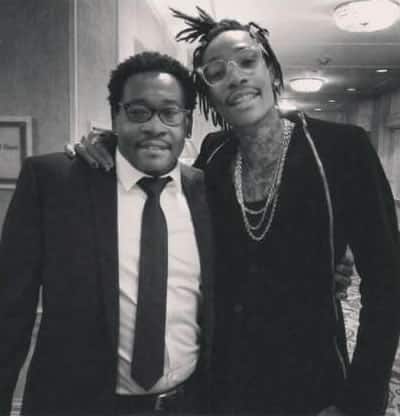 Peachie Wimbush-Polk is Khalifa’s mom. She is arguably one of the closets persons to Khalifa’s heart as the close bond that she shares with him dates back from his cradle days to date.

It goes without saying that Peachie doubles as Khalifa’s biggest fan and never lets him miss out on warm maternal care. 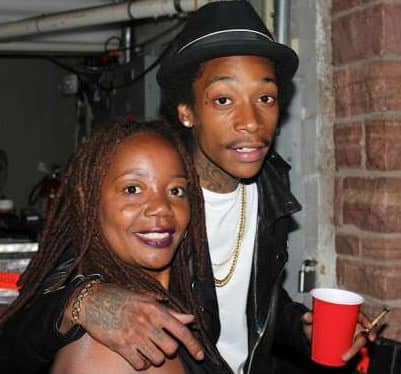 Dorien ‘Lala’ Thomaz grew up with Khalifa as a boy before she became a transgender later in life.

It is worthwhile to note that little was known about Dorien’s existence until her untimely death in 2017 after she suffered from an unknown illness.

Meanwhile, not much is known about Khalifa’s paternal half-sister Lauren Thomaz at the time of writing. 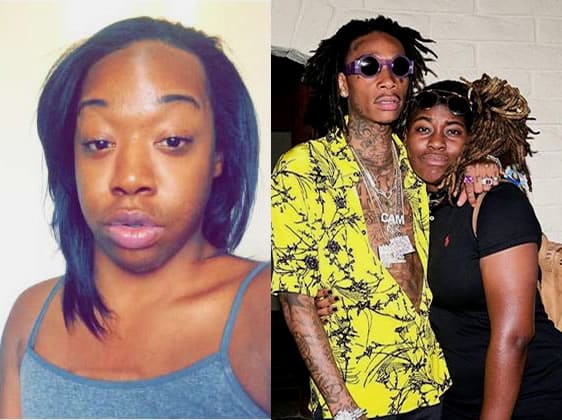 Progressing from Khalifa’s immediate family, we know not much about them. His paternal grandparents, likewise his maternal grandfather. And grandmother, as well as his uncles and aunts.

There are no records of Khalifa’s nieces and nephews. We have not identified his only identifiable cousin Taylor Gang. We do not identify him in notable events of Khalifa’s early life to date.

Speak of Khalifa’s personality, he blends the graceful and introspective quality of Virgo Traits with a humorous persona.

In addition, he is smart, hardworking and would not baulk at discussing details about his personal and private life.

Regarding how the rapper makes the most out of his share of 24 hours in a day, he engages in a few activities that he considers to be his interests and hobbies.

They include travelling, watching movies, listening to music, partying and spending quality time with friends and family. 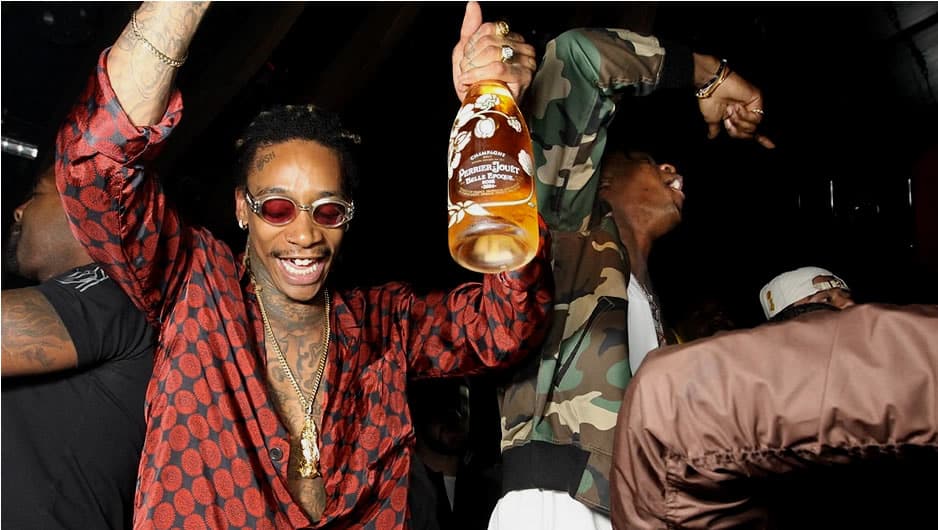 Moving on to how Khalifa made his money and his pattern of spending. The rapper has an estimated net worth of $45 million.

It is general knowledge that a major proportion of Khalifa’s wealth takes its origin from his music endeavours.

Whatever Khalifa lacks in music income is made up for something. In his endorsement deals and investments. Which collectively make him realize millions of dollars annually.

Thus, it is without fear and favour that Khalifa possesses and maintains a luxurious and customized modern house in Canonsburg.

The 3,891 sq ft accommodation sits on 2.8 wooded acres. It boasts of features like a spacious living hall, conceptual kitchen and master bedroom.

The Mansion also has a garage that serves as a protective shade. Shade for Khalifa’s exotic car collection. His car includes a Dodge Challenger SRT 8, among other brands of automobiles.

Wrapping up our Wiz Khalifa childhood biography below are lesser-known facts. That would help you get a complete picture of him.

Wiz Khalifa loves drinking and smoking. The rapper is seemingly inseparable from smoking. That he spent $10,000 a month on cannabis before The Cookie Company.

A medical marijuana dispenser that sells his “Khalifa Kush”. (KK) strain – relieved him of the costs by sponsoring his smoking.

The rapper’s first body art was a tattoo of his stage name “Wiz Khalifa” when he was 17-years-old. Fast forward to date, he has too many tattoos to be distinctively analysed. 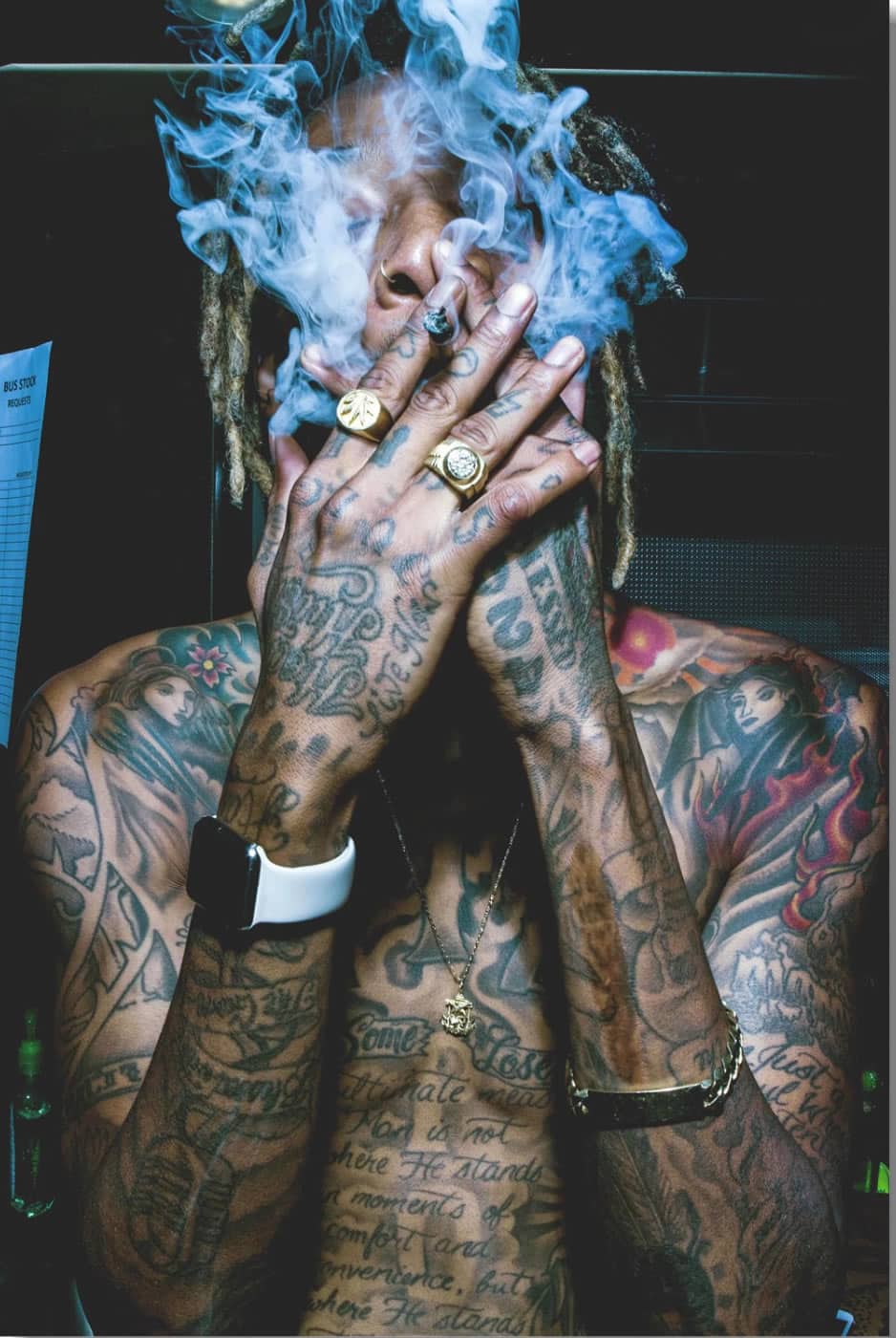 Khalifa’s religion is unclear at the time of writing. More so, he has Christian and Muslim names. Owing to the fact that he had a Muslim grandfather who named him Khalifa.

Interestingly, Khalifa is an Arabic name that means wisdom. Taking the first three-letter “Wis” off the English translation, Khalifa formed “Wiz” to get the stage name “Wiz Khalifa”.

Thanks for reading our Wiz Khalifa Childhood Story plus untold biography facts. At childhood biography, we strive for accuracy and fairness while delivering the Biography of American singers.