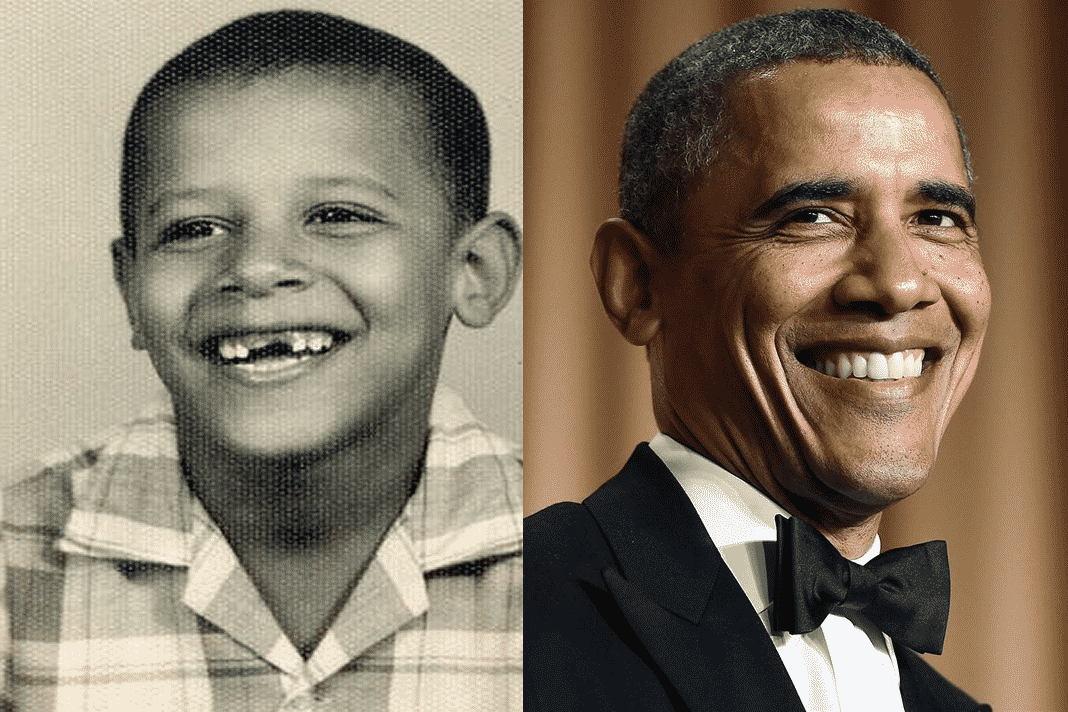 In the nutshell, this is a story of his life journey, from his boyhood days, to when he became famous. Yes, a lot have asked… What is Barack Obama doing now?

For us, we think it’s worthwhile reading his Life story, which is quite interesting. Now, without further ado, let’s begin.

Pictured below, Obama’s mum is a white American, of mostly English ancestry, while his father is a black Kenyan.

Upon birth, his dad chose the name “Barack” which means “one who is blessed” in Swahili.

His mother was still a student when she gave birth to Barack Obama, and Obama lived with his maternal grandparents for a few years while his mother completed her studies.

Obama was just a young boy when his mother recognized his potential and told a friend she has believed her son could be President of the United States when he grew up. As a happy child, he believed it.

Unfortunately, both parents divorced and couldn’t stay together and watch their son grow. His parents separated when Barack was just an infant.

As a young boy growing up, Obama admits he had troubles, including marijuana and cocaine as a teenager. 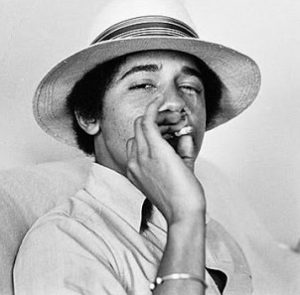 However, Barack Obama graduated from high school in 1979 and moved to Los Angeles to attend Occidental College.

In 1981, he transferred to Columbia College, Columbia University in New York City, where he majored in political science with a speciality in international relations. Obama had his Bachelor of Arts in the year 1983.

He entered Harvard Law School in the fall of 1988 where he served as the president of the Harvard Law Review.

His election as the first black president of the Harvard Law Review gained national media attention and thus ignited a full-scale political career. The rest, as they say, is now history.

The former US president’s road to stardom wouldn’t have been as palatable as it became without the help of family members. This section will provide more facts about Barack Obama’s parents.

His father, Barack Obama Sr. is a Kenyan Economics who was born on the 18th day of June 1936 in Rachuonyo District, Kenya.

He grew up in Nyang’oma Kogelo village in Siaya County, Kenya. Happy Barack Obama Snr was given the opportunity to travel to the US via scholarship.

Obama Snr met his wife Ann Dunham in 1960 in a Russian language class at the University of Hawaii at Manoa, where he was a foreign student on scholarship.

The couple married in Wailuku, Hawaii on February 2, 1961, six months before Obama was born.

Elder Obama completed his undergraduate degree in economics in Hawaii, graduating in June 1962. He became full-fledged in economics which his son leaned on to understand his political journey. 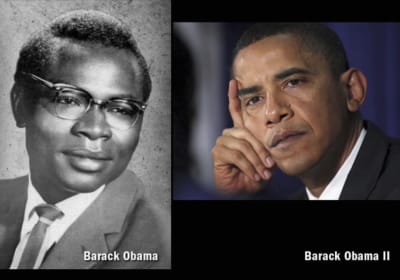 Obama’s parents divorced in March 1964 after which he returned to Kenya that same year to remarry for the third time.

He visited his son in Hawaii only once, at Christmas time in 1971, before he was killed in an automobile accident on the 24th day of November 1982. Barack Obama was 21 years old when his father died.

She is of English descent, with some German, Irish, Scottish, Swiss, and Welsh ancestry.

Michelle met Barack Obama when they were among the few African Americans at their law firm. Their meeting sparked off a relationship that started with a business lunch. They got married on the 3rd day of October 1992.

As at the time of writing, both lovers are parents to their daughters Malia Ann (born 1998) and Natasha (known as Sasha Obama, born 2001).

Facing Racism During his Childhood:

Recalling his early childhood, Obama said, “That my father looked nothing like the people around me – that he was black as pitch, my mother white as milk – barely registered in my mind.”

Personal Life away from Politics:

Barack Obama has the following attribute to his personality. 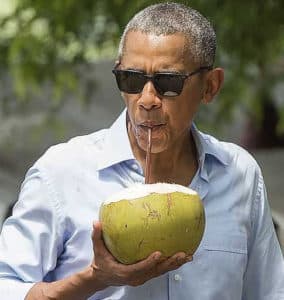 In summary, Barack Obama is a natural-born leader. He is dramatic, creative, self-confident, dominant and extremely difficult to resist, and able to achieve anything he wants to in any area of life he commits to.

There is a specific strength to him and his “king of the jungle” status. He has many friends who are generous and loyal.
About Barack Obama’s Nickname:

His basketball-playing skills earned him the nickname “O’Bomber” in high school. Before then, his childhood nickname was “Barry,” and it was only during his university years that he came to be addressed by his full name ‘Barack Obama’.

Thanks for reading our Biography of Barack Obama – a man who is not yet ready to abandon the possibility of America.

Our editors at ChildhoodBiography looked out for accuracy and fairness while putting up the Ex-US President’s Biography and Childhood Story.

Kindly place your comments or contact us if you see something that doesn’t look right on this article about Barack.