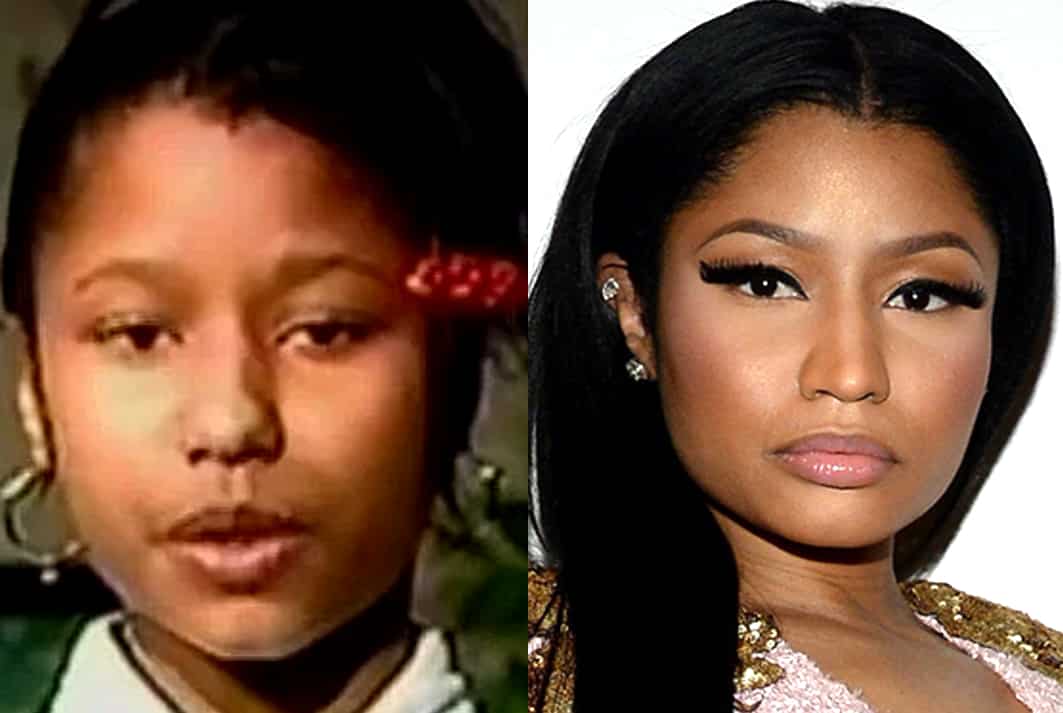 Our Nicki Minaj Childhood Story plus Untold Biography Facts brings you a full account of notable events from her childhood time to date.

The analysis of the Trinidadian-American rapper involves her early life, life story before fame, family background and personal life. More so, other OFF and ON-Screen little-known facts about her.

Yes, everyone knows of her flowing quick-spoken rap style and provocative lyrics. However, only a few consider Nicki Minaj’s Biography, which is quite interesting. Now, without further ado, let’s begin.

For Biography starters, Nicki Minaj (christened Onika Tanya Maraj) was born on the 8th day of December 1982 in St James at Trinidad and Tobago.

Her birthplace is a twin Island country that shares a North East maritime boundary with Barbados, Rihanna’s birthplace.

Nicki was the second child born to her mother Carol Maraj (a nurse’s aide) and to her father, Robert Maraj (who worked with the American Express courier service at the time).

Regarding Nicki’s roots, her father is of Indo-Trinidadian origins, while her mother is of Afro-Trinidadian descent. Resultantly, Nicki is one-quarter Indian.

The rap prodigy initially grew up alongside her elder brother Jelani at their grandmother’s home in St James as their parents tried to settle in Queens’ immigrant neighborhood in New York.

It wasn’t long before Nicki (aged 5) and her elder brother joined their parents at New York where she had a troubled upbringing owing to her father’s addiction to alcohol and crack.

“I thought we would just be happy, but with a drug-addicted parent, there is no such thing as being happy.

When you have a father who is stealing your furniture and selling it so that he can buy crack, you suffer.

You come home from school and your couch is gone. You’re like, ‘What happened?.”

Recounts Nicki about her father’s depravity.

Nicki, however, found an escape from the nightmares of her childhood by creating fantasies one of which includes the thought of becoming successful in order to change everything.

“I felt like if I could take care of my mother, my mother wouldn’t have to stay with my father … so I always felt like being rich would cure everything, and that was always what drove me”.

Notable among Nicki’s academic background was her education at Elizabeth Blackwell Middle School where she took a course in music and expressed her knack for rap performances when she was aged 12. 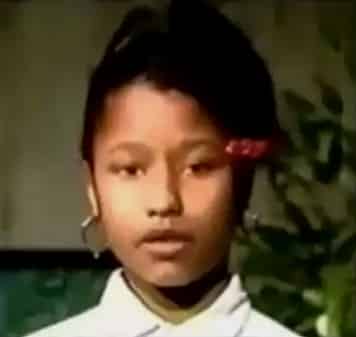 Nicki thereafter progressed to LaGuardia High School of Music and Art where she learnt to play the clarinet and participated in drama plays. 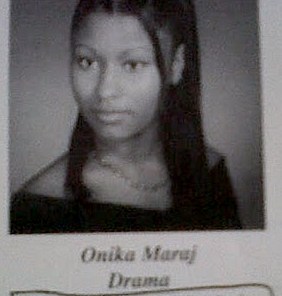 Upon graduation from high school, Nicki wanted to become an actress but failed at it. She thereafter took up several odd jobs of which she was often fired for being rude.

Realizing that she would always have difficulty with keeping Jobs, Nicki fell back on making a living out of utilizing her musical talents.

To that end, she joined a rap quartet known as “The Hoodstars” in 2004. The group of 4 which recorded entrance for WWE wrestlers at the time was a far cry from what Nicki hoped to become. She, therefore, left to pursue a solo career. 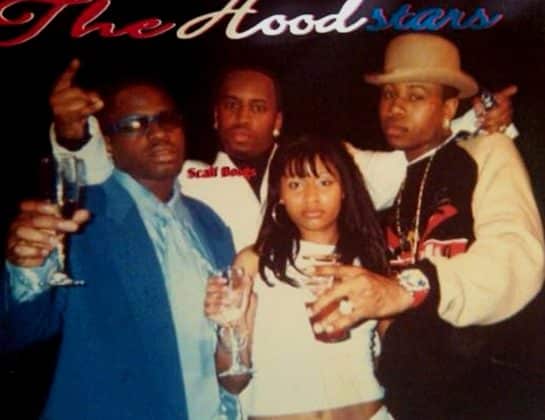 Like most successful artists, Nicki started out by recording demos which she uploaded to her MySpace account as well as sent some to influencers in the music industry.

Years later, she was contacted by Representatives of the Dirty Money Entertainment label who took interest in her works, offered her a deal and saw to the adoption of her stage name “Nicky Minaj”.

While at Dirty Money Label, Nicki recorded few successes with the release of her mixtapes, “Playtime is Over” and “Sucka Free”.

In addition, she was named Female Artist of the year 2008 at the Underground Music Awards. 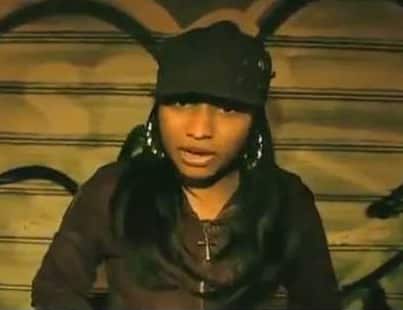 Nevertheless, she was still a bit far from fame until the year 2009 when was offered a contract to Young Money label by an impressed rapper, Lil Wayne.

The development which saw her become the first female artist to be signed by the label also led to the release of her commercially successful debut single, “Bedrock”.

Nicki finally felt the full measure of fame in November 2010 when she released her first studio album “Pink Friday”.

The album which debuted at number two on the Billboard 200, received positive reviews from critics and was certified platinum in December that year. 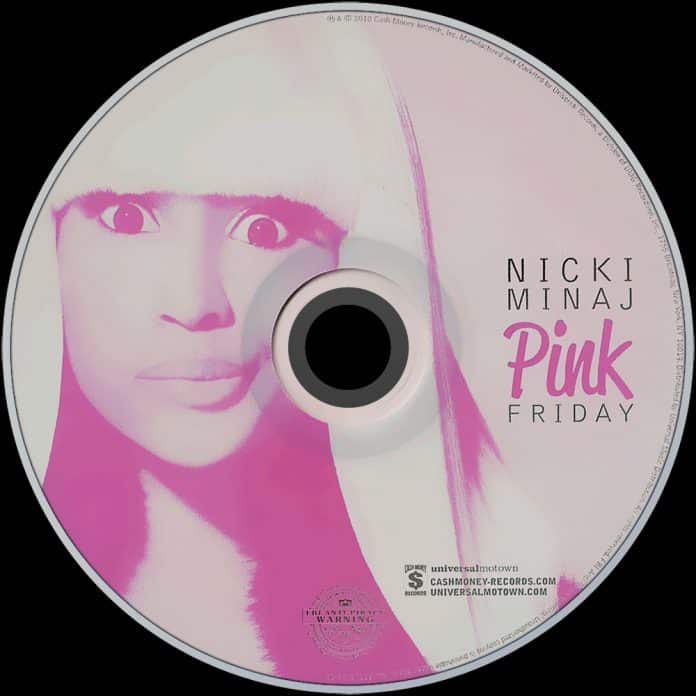 First was her relationship with American rapper, Safaree Samuel. The ex-lovebirds enjoyed a private relationship for years.

Their relationship only went public when it hit a decline in 2014 with the pair accusing each other of cheating, lying and stealing during a public spat on Twitter. Nicki tells a lot of what transpired between them in the songs of her Pinkprint Album.

On the other hand, Safaree maintains that he broke up with the rapper over disrespect that existed in their relationship. 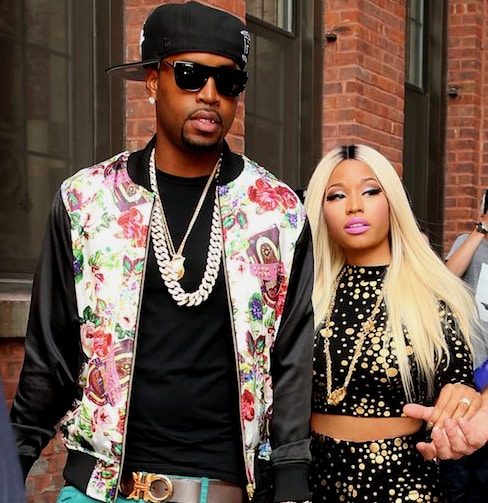 Moving on, Nicki began an open relationship with rapper Meek Mill in 2015. They dated to the point of being reportedly engaged. However, Meek moved on while Minaj tweeted that she is still single. 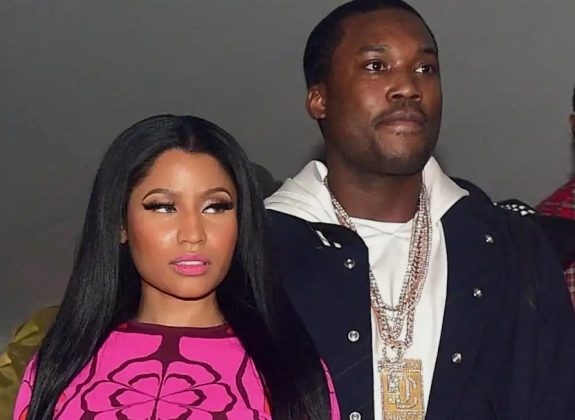 A few months after the tweet, Nicki had an unconfirmed relationship with rapper Nas (1) as well as rumoured relationships with Rappers Drake (2) and Eminem (3).

Nicki was born into a family of 6. We bring you factual details about members of her family.

Nicki’s father, Robert Maraj was born on the 12th day of July 1956. Although Robert was not the best of fathers during Minaj’s Childhood, he has long been cured of his addiction to alcohol and cracks.

Nevertheless, Nicki does not miss an opportunity to recount her Dad’s early misdeeds. According to her:

“It’s the price you pay when you abuse drugs and alcohol. Maybe one day your daughter will be famous and talk to every magazine about it, so think about that, dads out there who want to be crazy.” 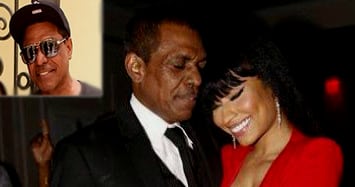 Nicki’s mother, Carol, was born on the 24th day of December 1959. Carol who shares a striking resemblance with Nicki once worked as a nursing aide, accounting clerk and now sings gospel music. 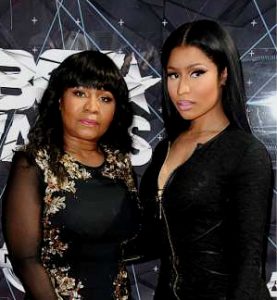 As a mother, she saw to the upbringing of her children during hard times and as a wife, kept her marriage with Robert alive regardless of his substance abuse at the time.

Minaj has an elder brother called Jelani and a younger brother known as Micaiah. Jelani is a plump fellow that was once married to a woman known as Jacqueline Robinson.

He was in 2017 found guilty of raping his 11-year-old stepdaughter and sentenced to 25 years in Jail. 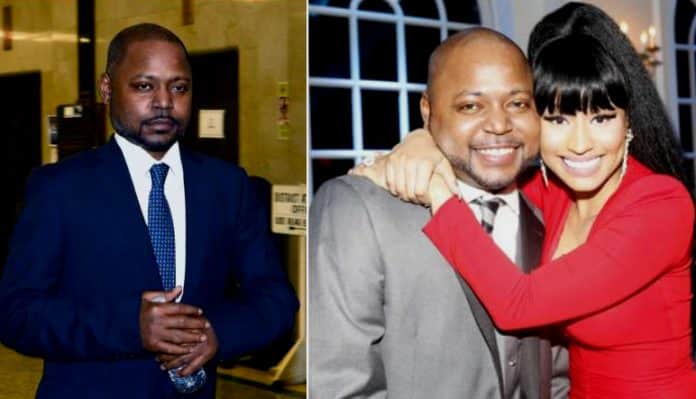 On the other hand, Micaiah, born on the 29th day of March 1998, is a young man who enjoys the privileges of being the younger brother of a celebrity rapper. 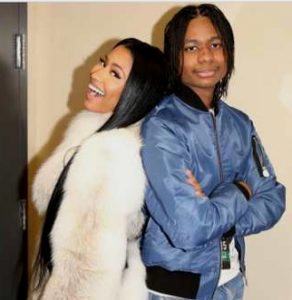 Moving away from brothers, Minaj has a younger beautiful sister called ming. They both share the same smile. 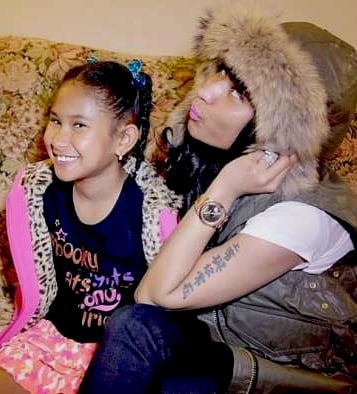 Asides from making money from music, Minaj has pulled a great deal of income from her endorsement deals with Pepsi, Beats by Dre, Adidas and her collaboration with MAC Lipsticks.

On investments, Minaj has as a stake in Jay’s streaming service Tidal. She has her own line of perfumes, lip gloss, Lipsticks, clothing, accessories and housewares.

Away from music, Nicki Minaj has starred in a number of films and one animation. They include “Barbershop: The Next Cut,” (2016) and “The Other Woman” (2014). She also lent her voice to Steffie, a mammoth character in the animation movie “Ice Age: A Continental Drift.” (2012). 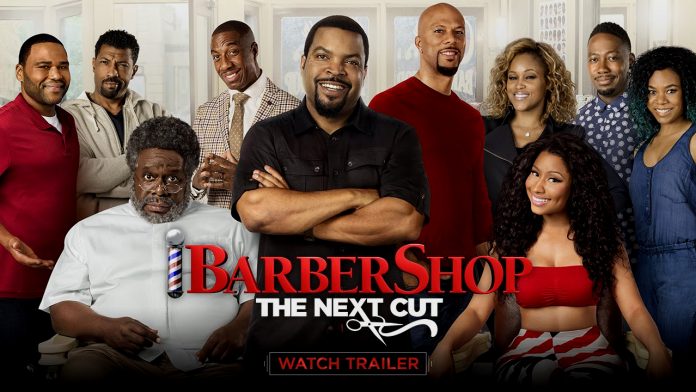 Starting off, Minaj is a stylish and aggressive artist whose personality is shaped by the various fantasies she lives. In fact, her stage name “Nicki Minaj” is a living fantasy in which she portrays herself as a barbie to the public. 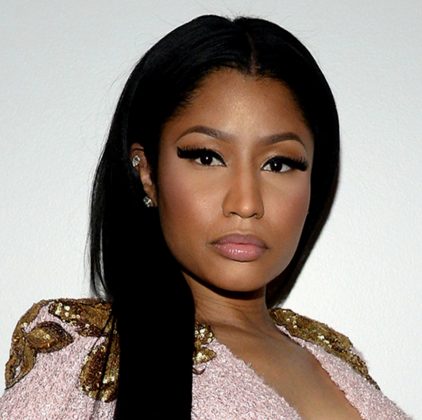 In the same light, her mean outbursts and sometimes rude persona is also a living fantasy of Roman Zolanski, a very arrogant and insensitive alter ego who the singer once said;

“I asked him to leave, but he can’t. He’s here for a reason. People have brought him out. People have conjured him up now he won’t leave.”

On a more human side, Nicki is charitable and has a number of philanthropic works to her credit.

More so, she believes in family and keeps those she loves close to her. Regarding her religious views, Nicki has never failed to admit that she prays to God.

Interestingly, the only tattoo she has on her arm is Chinese writing that translates as God is always with you.

FACT CHECK: Thanks for reading our Nicki Minaj Childhood Story plus untold biography facts. At ChildhoodBiography, we strive for accuracy and fairness. If you see something that doesn’t look right in this article, please place your comment or contact us!