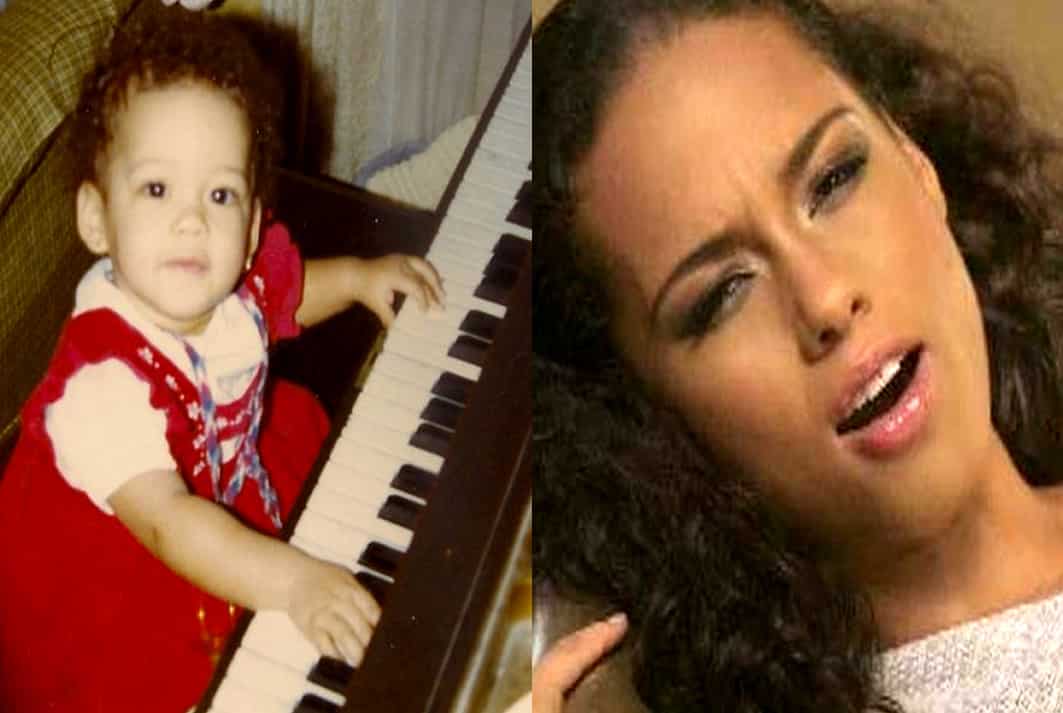 Childhood Biography presents the Full Story of an American singer with the nickname “Lecia“.

Our version of Alicia Keys’ Biography Facts, including his Childhood Story, brings you a full account of notable events from her early life.

We then tell you how she became famous as a singer and songwriter.

The analysis of Alicia Keys’ Bio involves her early life, family background, life story before fame, and her rise to fame story.

We also unveil information about her dating history, personal life, family facts, lifestyle, and other little-known facts about her.

Yes, everyone knows of her expressive vocals and emotive delivery. However, only a few consider Alicia Keys’ Biography, which is quite interesting. Now, without further ado, let’s begin.

For Biography starters, Alicia Augello Cook Dean was born on the 25th day of January 1981 at Hell’s Kitchen neighbourhood of Manhattan in New York City, U.S.A.

Alicia Keys is the only child born of the union between her mother, Teresa Augello and her father, Craig Cook.

The versatile singer is an American national who has multiple family origins. Conclusively, it has been established that she is of mixed ethnicity with Afro-American, English, Irish, Scottish, Italian and Sicilian roots. Behold Alicia Keys’ parents.

Baby Keys was only two years old when her father left the family, As a result, she was single-handedly raised by her mother in a lower class family background setting at the rough neighbourhood of Hell’s Kitchen in Manhattan where she grew up without siblings.

Growing up at the crime-ridden neighbourhood, young Alicia was exposed to inconceivable vices ranging from street violence to drugs, prostitution, and se3ual propositions.

The best of the few things that were compatible with Keys’ morals was cool jazz records played by her mother on Sunday mornings.

The early musical moments kindled Keys’ emotional connection to music such that she began receiving classical training in piano at the age of seven and ventured into composing songs at the age of 12.

Keys was still a 12-year-old when she was enrolled in the Professional Performing Arts School in Hell’s Kitchen in Manhattan, New York City.

While at the school she took classes in music, dance, theatre and majored in choir. It was at the school that she formed her first music group with a bass-playing friend and went on to perform in other groups. 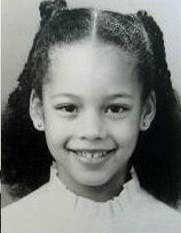 At the peak of Keys studies in the Professional Performing Arts School, she was an accomplished pianist who became keen on discovering and dissecting other genres of music.

While Keys was at it, she improved on her songwriting skills as well as found the flow and style that is evident in her songs. 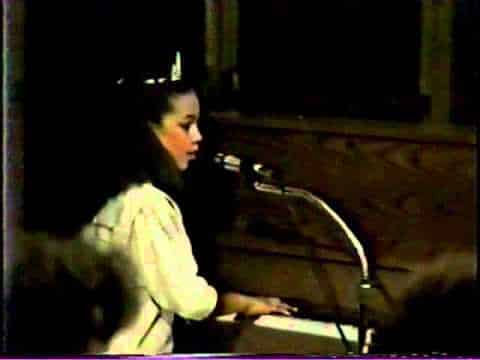 By the time Keys was aged 13 she was neck-deep in group performances and participation in organized events.

In 1994 Keys and her group participated at the Police Athletic League centre at Harlem where she sang soulfully to the amazement of audiences that included music manager Jeff Robinson.

Robinson took Keys under his managerial care and embarked on the process of preparing her for the music industry.

He also enlisted the support of another music executive Peter Edge who worked with him in meetings with attorneys and negotiations with record labels willing to take Keys.

Keys eventually lent her signature to Columbia Records which offered deals that were too good to ignore including getting the then 15-year-old a $26,000 white baby grand piano.

The period also saw an intelligent Keys graduate from high school as a Valedictorian who accepted a scholarship to study at the University of Columbia.

However, she soon dropped from the college owing to extreme stress arising from studying and meeting studio schedules. 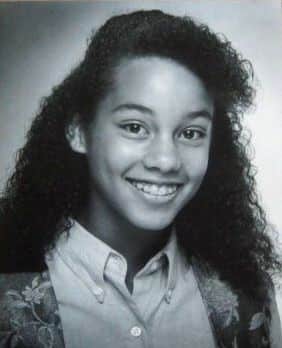 Signing to Columbia Records soon became a frustrating move for Keys as the label allegedly wanted the singing sensation to re-organize her creativity and image in ways that suited their style without regard for her expressive and emotive delivery.

What more? the label allegedly recruited songwriters, producers and stylists to work on keys and her music.

The results were recordings of musical pieces that cramped Keys’ style and placed her in some sort of perpetual music industry purgatory. 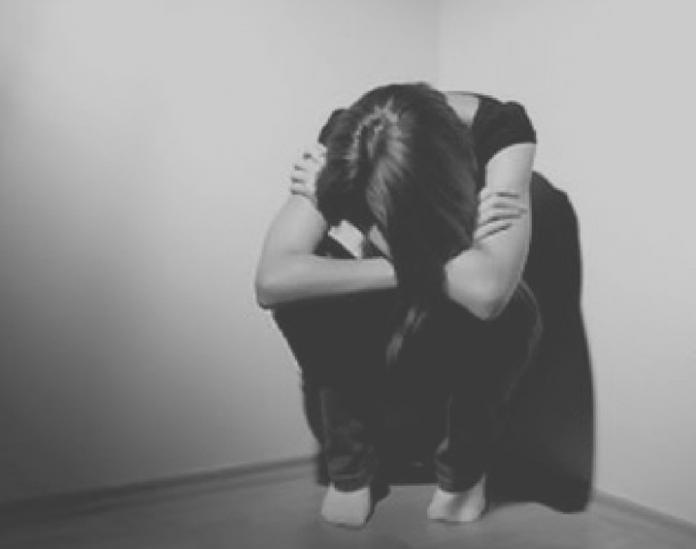 Moving on Keys broke out of her contract with Columbia Records and had an “albumless” stint with Arista records before joining J Records. It was with J Records that Keys released her debut album “Songs in A Minor” on the 5th of June 2001.

The album – which contained tracks like “Fallin”, “Girlfriend” and “A Woman’s Worth” – won Keys five Grammys Awards and laid the solid foundation for her prosperous career. 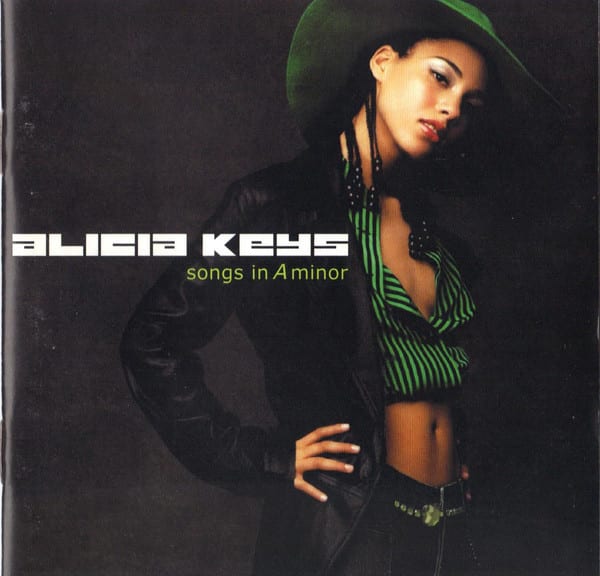 Fast forward to the time of writing Keys is a multi-award-winning artist who touches fans with “piano mastery, words and melodious voice.

She has no fewer than 6 albums at the time of writing. Asides singing Keys is popular for being an instrumentalist, arranger and producer. The rest, as they say, is history. 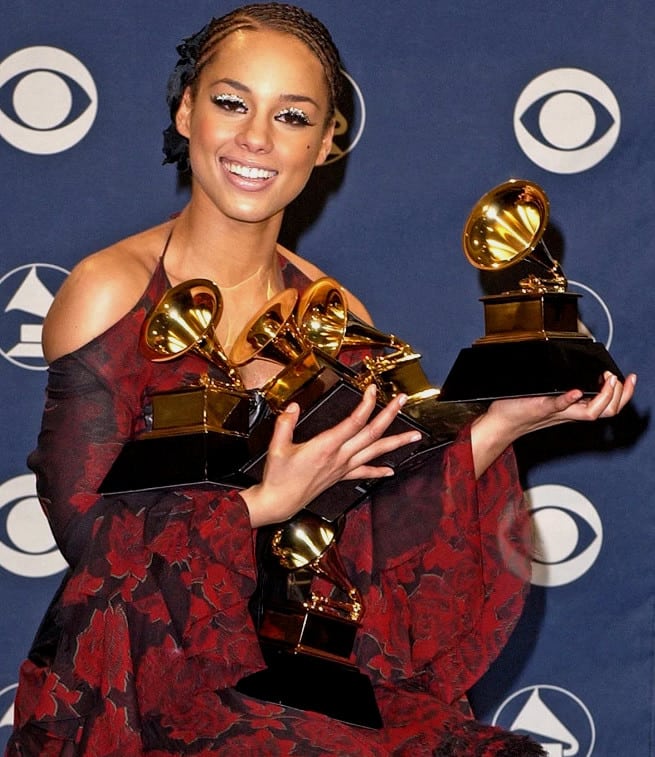 Moving on to Alicia Keys’ love life, she doesn’t have a fuzzy dating history because a significant deal of her personal and private life is known to the press.

Thus, it is widely known that she had a low profile relationship with an ex-boyfriend Kerry Brothers Jr before meeting her husband Swizz Beatz. 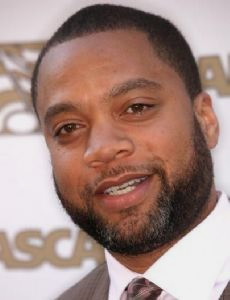 Swizz Beatz is a hip hop artist-producer who has known keys ever since they were teenagers. The lovebirds got engaged in May 2010 and went on to get married in July that same year.

Their union is blessed with two sons at the time of writing. They include Egypt Daoud Dean (born October 2010) and Genesis Ali Dean, (born December 2014). 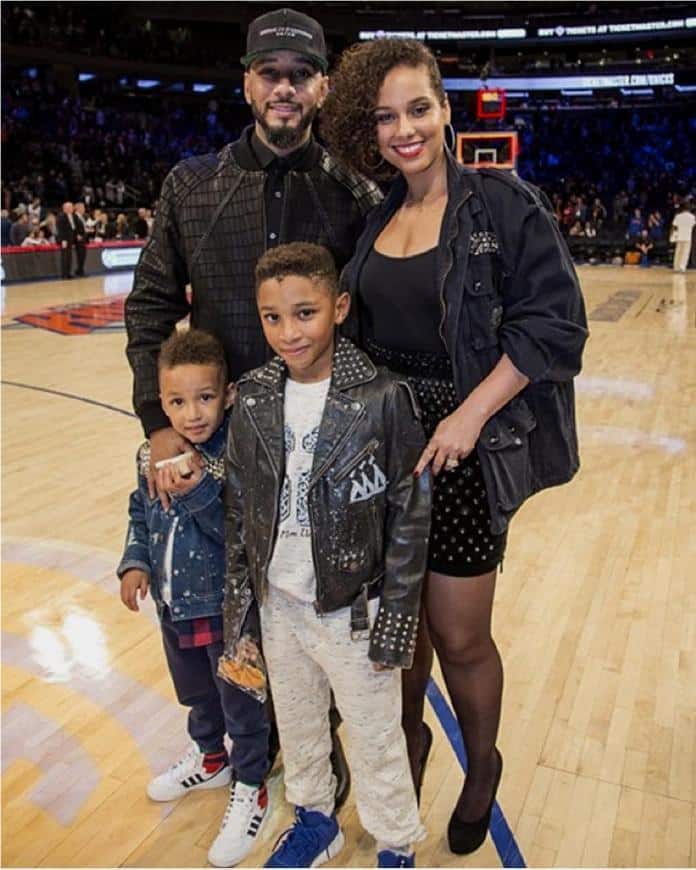 There are just a few persons who Alicia Keys regards as family, we bring you facts about her family life beginning with her parents.

Teresa Augello is Alicia keys mom. She is a paralegal and part-time actress who single-handedly raised Alicia as well as helped the singer discover and develop her musical talents.

Teresa is unarguably the best parent figure in Keys life and occupies a centre stage in the life and rise of her celebrity daughter. 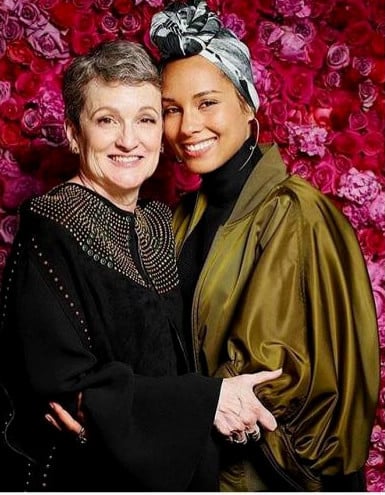 Craig Cook is Alicia keys dad. He worked as a flight attendant during the singer’s early life before he left when she was only two years old. Craig – who also has the work history of being a masseur – had no relationship with Keys for years.

He began mending fences with Keys in 2006 and has reportedly been in good terms with her ever since.

Keys has no biological siblings but half brothers born to her father from another relationship. The brothers have been identified as Cole Cook and Clay Branch.

Cole is a graduate of Central Washington University with a degree in theatre. He is close to Keys and works with her husband Swizz Beats. On the other hand, not much is known about Keys’ second half brother Clay Branch. 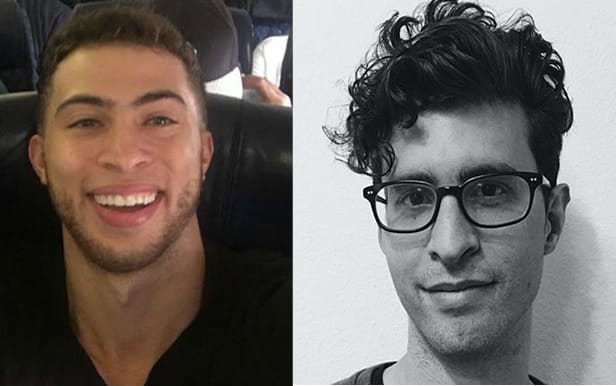 Here, we’ll tell you info from Alicia Keys’ immediate family life. Her maternal grandparents are Joseph Lawrence Augello and Donna Jean Smith. While there are no records of the singer’s paternal grandfather and grandmother.

Similarly, Keys’ aunts, uncles, and cousins are largely unknown, a development which goes across the board for her nieces and nephews.

Do you know that Keys’ embodies personality traits that include Humility, focus and emotional intelligence? Added to Keys’ persona is her gift self of expression and ability to connect with others.

In addition, Keys is guided by the Aquarius Zodiac sign. And she is open to revealing details about her personal life.

She has interests in gymnastics, makeup, fashion, and photography. While her hobbies include sightseeing, listening to classical music. And spending quality time with friends and family. 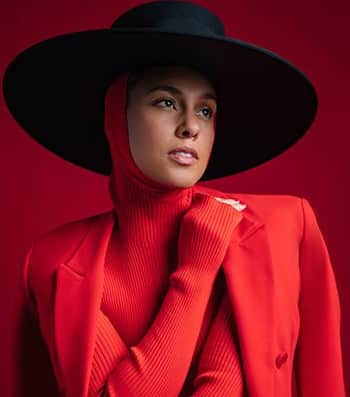 Keys has an estimated net worth of $70 Million. That speaks well of the lucrative rewards for musical talents. And explains why top artists of the music industry spend big to live a luxurious lifestyle.

Assets that scream luxury around her include a $20.8 Million Razor House. It is located in the Southern California town of La Jolla.

The mansion overlooks the ocean near an area known as – Razor Point. It has many deluxe rooms and luxurious features.

It also has enough parking space for Keys’ car collection which boasts of rides like a vintage Ford Mustang, Lotus Evora GTE among others. 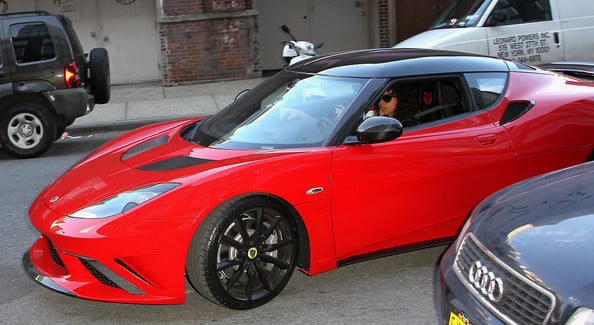 As we wrap it on Alicia Keys Biography, here are lesser-known facts about her.

Alicia keys is big on religion. And she has been expressive of her faith and belief in the existence of God. More so, she loves learning about different religions and discovering the different ways to worship.

The singer does not smoke. Neither is given to drinking at the time of writing. In fact, she frowns upon both habits and once put a ban on the appearance of smoking Ads at her concert.

Body arts are probably the last agenda on the singer’s list of interests. She is very content with her good looks and height of 1.68m. Tattoos don’t strike her as a necessary beautification.

Keys is not just all about music. Her influence stretches out to the film industry. Where she has been cast in a number of movies and television series. Notable among many is The Nanny Diaries (2007). And The Voice of Germany. 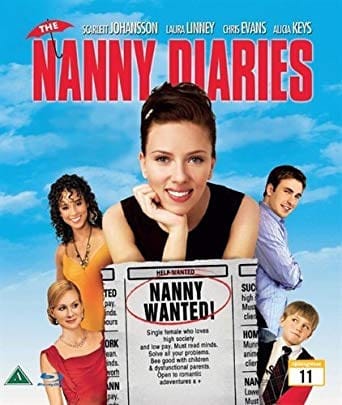 About her professional name:

The singer was christened Alicia Augello Cook Dean. But adopted Alicia Keys as her professional name. This is because the latter name “Keys” expresses her love for piano keys. This is what she believes can open many doors for her.

The singer has been actively involved in numerous charitable causes. They include supporting the provision of healthcare for children. Also, creating awareness about HIV/AIDS and eliminating stigmatization.

Thanks for reading our Alicia Keys Childhood Story plus untold biography facts.

At childhood biography, we strive for accuracy and fairness while delivering you the Biography of American singers. If you see something that doesn’t look right in this article, please place your comment or contact us!