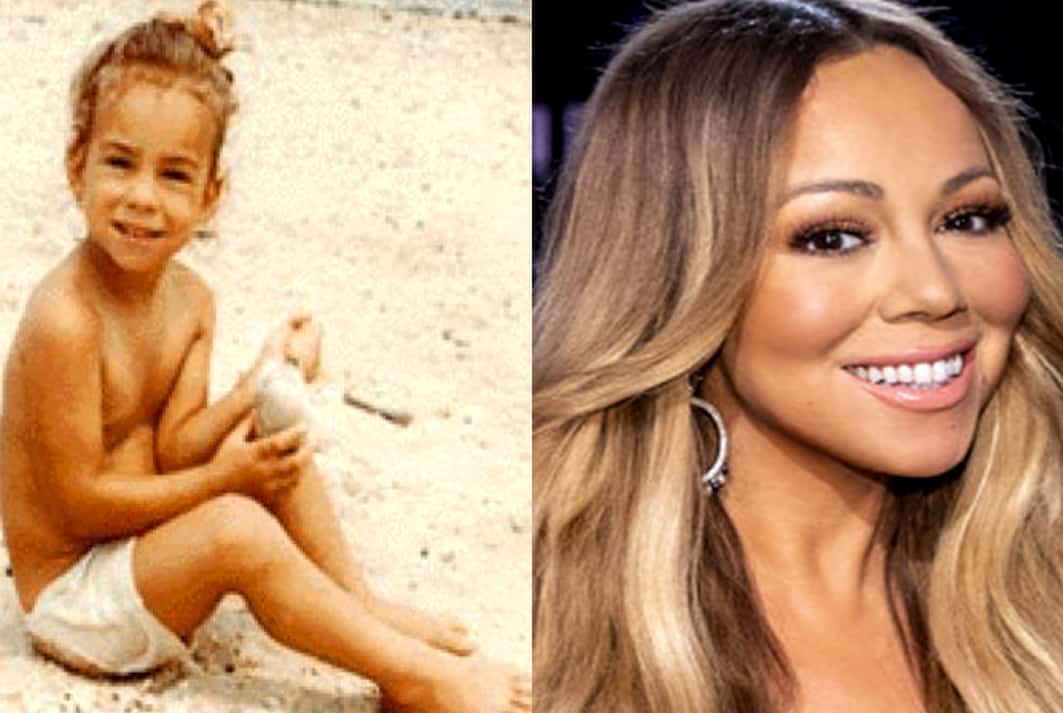 Childhood Biography present the Full Story of an American Celeb with the nickname “Songbird“.

Our version of Mariah Carey’s Biography and Childhood Story brings you a full account of notable events from her early days right to the moment of fame.

More so, her relationship life, personal life, family facts, lifestyle, and other little-known facts about her.

Yes, everyone knows she is one of the most prominent singers and songwriters of the 21st century.

However, only a few consider Mariah Carey’s Biography, which is quite interesting. Now, without further ado, let’s begin.

For Biography starters, Mariah Carey was born on the 27th day of March 1969 at Huntington, in New York, U.S.

She was the third of three children born to her mother, Patricia Hickey and to her father, Alfred Roy Carey. Behold, Mariah Carey’s parents.

The American national of white ethnicity with Irish, Afro-American, and Afro-Cuban roots was only three years old when her parents got divorced.

Following the divorce, Mariah was raised by her mother in New York where she grew up alongside her elder sister, Allison, and older brother, Morgan.

Growing up in New York, Mariah was a music enthusiast who often sneaked a radio receiver/recorder under her covers at night to sing and find peace with music.

By the time Mariah was aged 6 she had her first public performance and went on to master the art of writing poems and adding melodies to them.

While at the school, Mariah combined academics with an ardent passion for the arts. Thus, she excelled in subjects such as music, art, and literature and performed not too well in others.

The period of Mariah’s studies at the school also saw her master and learned how to control usage of the whistle register.

At the peak of her high school education, Mariah began skipping classes to write songs until her graduation in the year 1987.

Upon graduating from high school, Mariah was not lost at the crossroads of career choice. In fact, her notable musical engagements during high school include singing at school choir.

More so, her non-dabbling in other aspects of the arts like drama were clear pointers that she knew what she wanted.

Mariah’s other significant musical engagements include writing and composing her first remarkable song “Here We Go ‘Round Again” with Gavin Christopher at the basement of his father’s store.

Thereafter, the duo began working on developing material for her demo tape.

Before Mariah got her big break, she juggled sustaining her interests in music with working odd jobs such as being a coat check girl, sweeping hair in a salon, serving as a beautician, and working as a waitress for various restaurants of which she was often fired after two weeks.

Notwithstanding, Mariah was able to finish her demo tape and faced a new challenge of finding music labels to pass it to.

She was soon fortunate to be introduced to rising pop singer Brenda K. Starr who became friends with her.

Brenda soon made it a point of duty to help Mariah achieve her ambitions in the music industry by handing the latter’s demo to the head of Columbia Records, Tommy Mottola.

Tommy listened to just two songs of the demo and was immediately impressed with Mariah whom he signed to his record in 1988 and began mapping out her commercial debut.

Months after being signed to Columbia Records Mariah produced her debut, self-titled album, ‘Mariah Carey’, which contained four No.1 hits.

The album which had hit singles like “Visions of Love” charted top music charts and won Mariah Grammy awards that include Best New Artist, and Best Female Pop Vocal Performance.

Fast forward to date Mariah is noted for her five-octave vocal range, melismatic singing style, and signature use of the whistle register with her latest and 13th album being “Merry Christmas II You” (2010). The rest, as they say, is history. 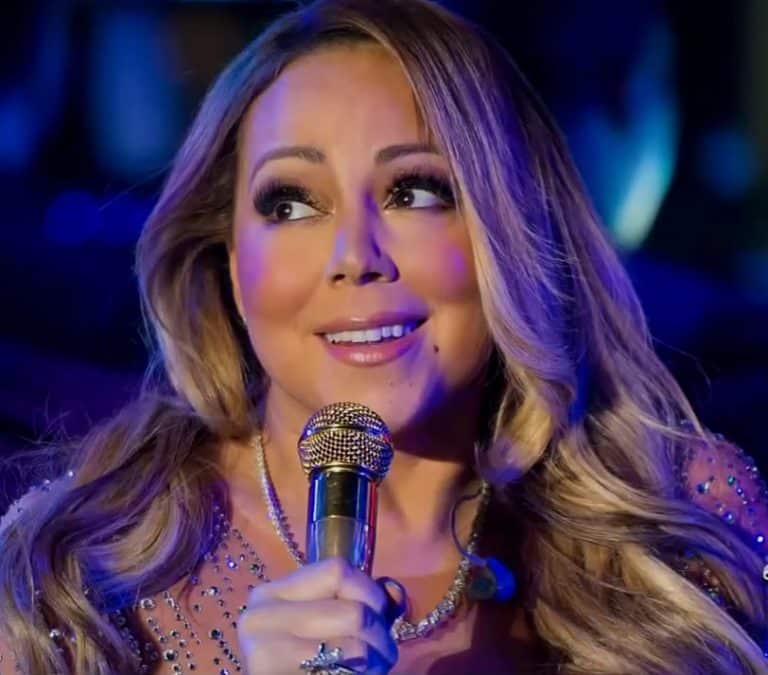 Mariah Carey has been married twice at the time of writing. We bring you facts about her dating history, failed marriages and current relationship status.

To start with her dating history, Mariah is not known to have had any boyfriend before she began dating her boss at Columbia Records, Tommy Mottola.

The duo went on to get married on the 5th of June, 1993 but got separated after 4 years of Marriage.

While Mariah was still married to Tommy Mottola she dated baseball star and athlete Derek Jeter before they broke up in 1998 citing media scrutiny as a reason behind their split.

2007 was the year which Carey met and began dating her second husband to be – Nick Cannon. The now-estranged couples got married less than six months of dating on the 30th of April, 2008.

Their marriage was blessed with fraternal twins, Moroccan and Monroe (born 30th of April, 2011) before they officially got divorced in 2016.

Unfortunately, the lovebirds were never united in marriage despite using a $7.5 million ring for their engagement.

Regarding Mariah’s relationship status at the time of writing, she is dating American dancer – Bryan Tanaka. The couples started out in November 2016 and are still happily in love with each other. 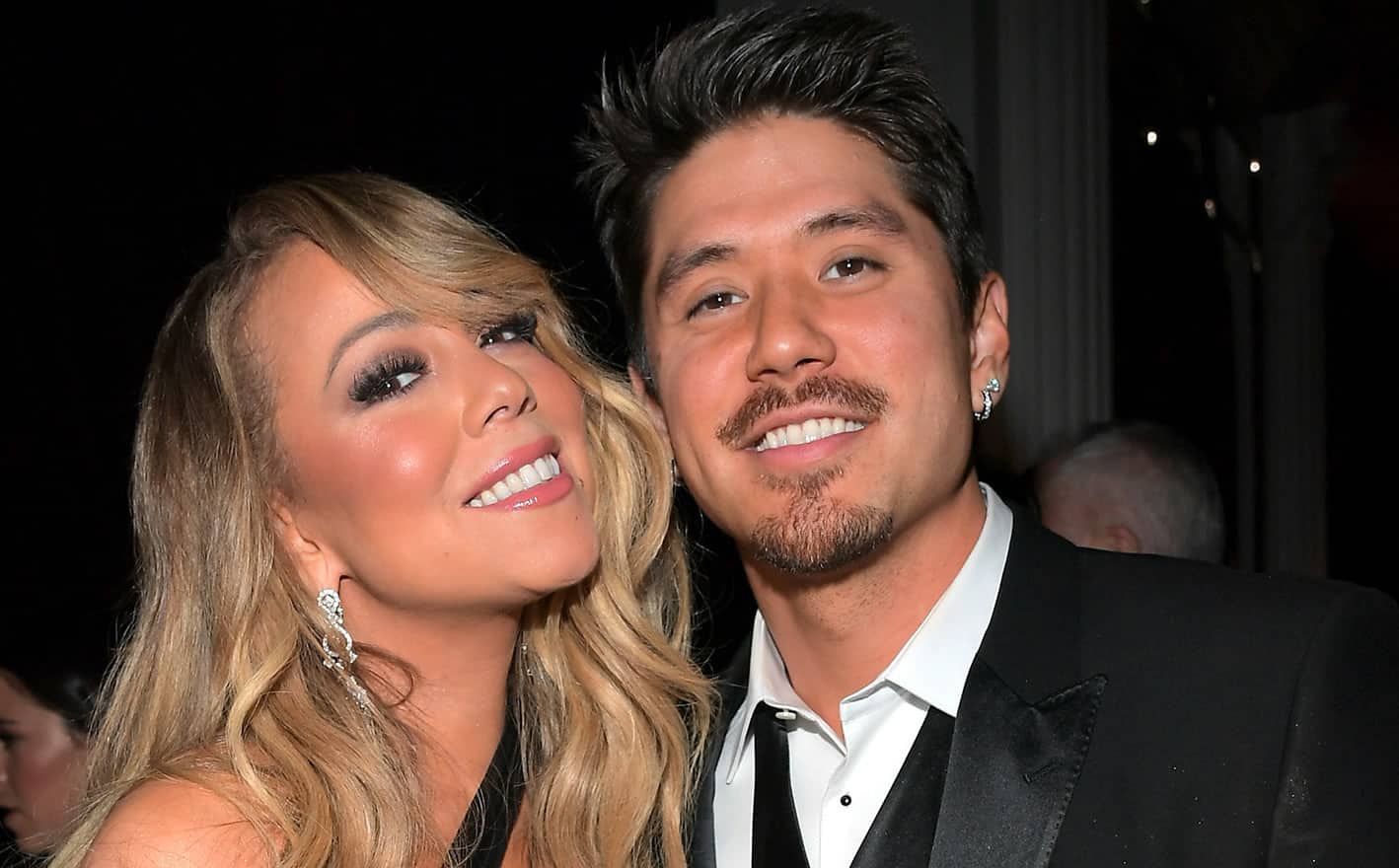 The US Singer hails from a lower-class family background. We bring you facts about her family life.

Alfred Roy Carey was Mariah’s dad. He worked as an aeronautical engineer during Mariah’s early life before he got separated from her mom when she was only 3 years old.

Following the separation, Alfred wasn’t very much in Mariah’s life till he died of cancer in 2002.

Patricia Hickey is Mariah’s mom. She worked as a mezzo-soprano opera singer during Mariah’s early life before she started working multiple jobs after her separation from Mariah’s dad.

As a single mom, Patricia loved her children with equal measure and never pressured Mariah to become a singer. Instead, she helped the then singing prodigy develop her vocal cords.

Mariah has two elder siblings. They include her elder brother Morgan Carey and older sister Allison Carey. Morgan used to be a fitness instructor before he became the executive of YG label.

He used to be close to Mariah until they had a rift that has not been resolved at the time of writing. Thus, the siblings are not close to each other.

On her part, Allison Carey grew up with Mariah and their brother Morgan before she lived a depraved wild life.

Though not married at the time of writing, Allision is a mother to four children and has been making attempts to mend fences with Mariah who has a rift with her.

Away from Mariah’s immediate family her maternal grandparents were John Wesley Hickey and Ann Elizabeth Egan while her paternal grandfather and grandmother were Roberto Nuñez (later Robert Carey) and Addie Cole.

Not much is known about her uncles, aunts, nieces and nephews. She is related to football player Ashley Cole however, it is yet to be established if they are distant cousins.

What makes Mariah Carey Tick?. Sit back as we bring you makings of Mariah’s personality to help you get a complete picture of her. To start with Mariah’s persona is a blend of Aries Zodiac Traits.

She is extroverted, strong, ambitious and open to revealing details about her personal and private life.

Her interests and hobbies include water aerobics, swimming, singing and spending quality time with friends and family.

Mariah Carey has an estimated net worth of over $510 Million at the time of writing.

The origin of Mariah’s wealth stems from her music endeavours while analysis of her spending patterns reveal that she lives a luxurious lifestyle.

The house has befitting luxurious features such as deluxe living rooms and master bedrooms as well as screen hall, showroom and cloth room.

To Wrap up our Mariah Carey childhood story and biography here are lesser-known or untold facts that are rarely included in his bio.

Thanks for reading our Mariah Carey Childhood Story, plus untold biography facts.

At childhood biography, we strive for accuracy and fairness. Asides from Mariah Carey’s Bio, we have other Singers’ Stories for your reading pleasure. The Life History of Sia Furler and Bruno Mars will interest your autobiography appetite.