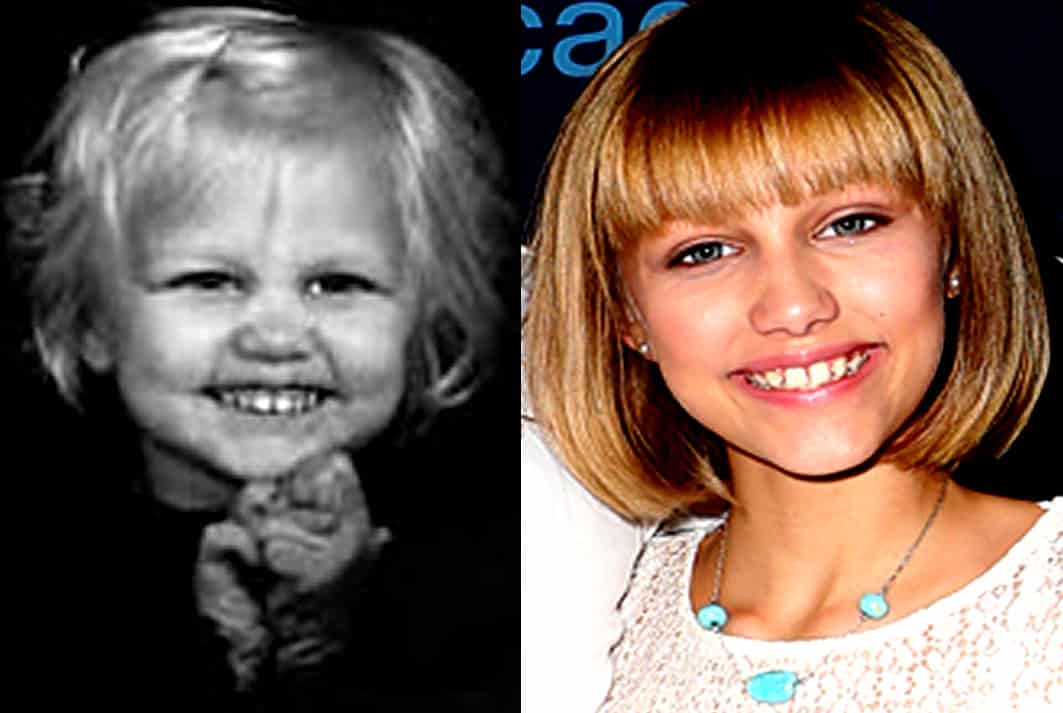 Childhood Biography presents the Full Story of a Musical Celeb with the nickname “The next Taylor Swift“.

Our version of Grace VanderWaal’s Biography Facts, including her Childhood Story, brings you a full account of notable events from her girlhood days right until she became famous.

The analysis of VanderWaal’s Bio involves her early life, family background, life story before fame and rise to fame story.

More so, her dating history, personal life, family facts, lifestyle and other little-known facts about her.

Yes, everyone knows of her distinctive vocals and skilful use of the ukulele. However, only a few consider Grace VanderWaal’s biography, which is quite interesting. Now, without further ado, let’s begin.

For Biography starters, Singer Grace Avery VanderWaal was born on the 15th day of January 2004 at Lenexa, a city in Johnson County, Kansas, United States.

She was the third of three children born to her mother, Tina VanderWaal, and to her father, David VanderWaal.

The American national of white ethnicity with Dutch and Scottish roots was raised at the village of Suffern in New York where she grew up alongside her two older siblings; Jakob VanderWaal and Olivia “Liv” VanderWaal.

Growing up at Suffern, young Grace was a music enthusiast who began singing and composing her songs at the tender age of three.

As the years progressed, Grace’s passion for singing grew up with her and reached an insatiable point after she incorporated writing music to her art.

By the time an all-singing and music-writing Grace was aged 10, she became interested in learning how to play the ukulele after watching an American musical – Twenty One Pilots – video on YouTube. 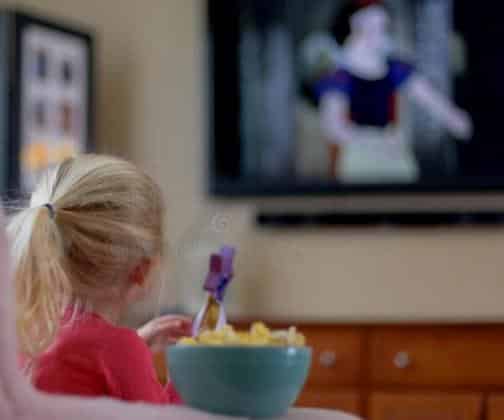 Months later, Grace requested that the instrument should be procured for her as a gift for her 11th birthday. However, Grace’s mom declined the request on the premise that the budding singer would never learn how to play it.

Not relenting, the singing prodigy went on to buy the instrument – using the money she had received for her birthday celebration – and dedicated quality time to learning how to play it even while being homeschooled as well as during her studies at  Suffern Middle School. 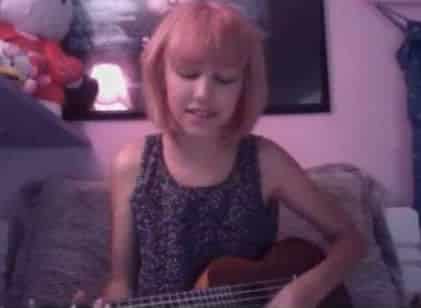 It didn’t take long before Grace mastered playing the Ukulele and began recording song covers with the instrument in 2015.

The year also saw Grace begin posting videos of herself singing on youtube as well as performing live at open mic events close to her home. 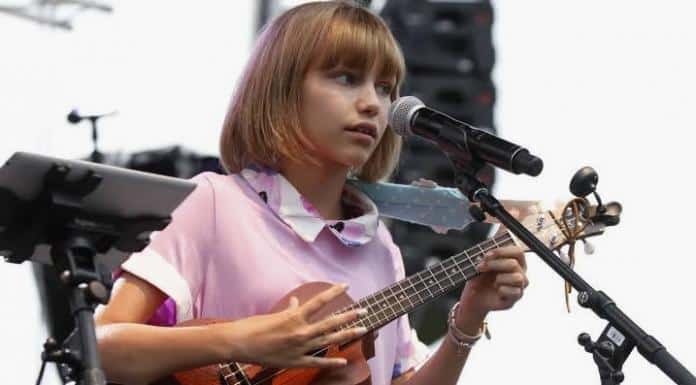 Needless to say much, Grace’s talent at the tender age of 12 was eye and ear-catching. Positive acclaims had no difficulty reaching the talented youngster who went on to audition for the 11th season of America’s got talent show (AGT).

While preparing to audition for the AGT show in June 2016 little did it occur to Grace that the audition itself was a turning point that would set her on the course to becoming famous.

The event saw Grace’s performance of her original song “I Don’t Know My Name” get Howie Mandel’s, “golden buzzer” which propelled her to the quarterfinals round scheduled for the 23rd of August that year. 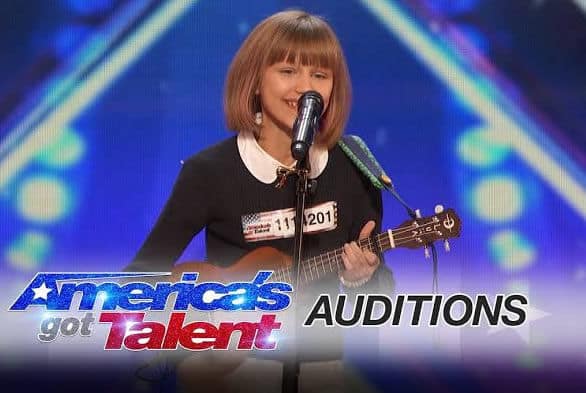 Surprisingly, Grace was not one to worry too much about the quarterfinals as she secured performance opportunities at two major events.

The first was at the Ramapo Summer Concert Series in Palisades Credit Union Park (July 08 2016) after which she performed at the Lafayette Theatre in Suffern (July 30th 2016).

Grace returned for the next performance at the quarterfinals of the AGT show by singing an original song “Beautiful Thing” which saw her through to the semi-finals.

Her subsequent original songs for the remaining stages of the event include “Light the Sky” (Semi-Final) “Clay” (finals) and “I Don’t Know My Name” (grand finale).

The then 12-year-old was eventually announced as the winner of the AGT 11 series, a feat which saw her become the second female winner as well as the second child act winner in the show’s history. 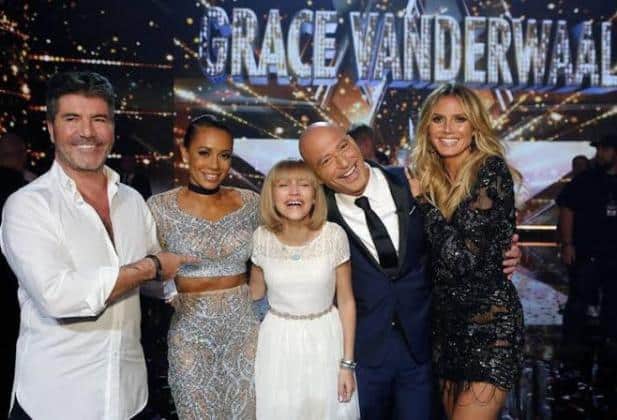 Fast forward to the time of writing, Grace is riding on her AGT fame to build a fast-rising career in the music industry, with her debut album being “Just the Beginning” 2018. The rest, as they say, is history. 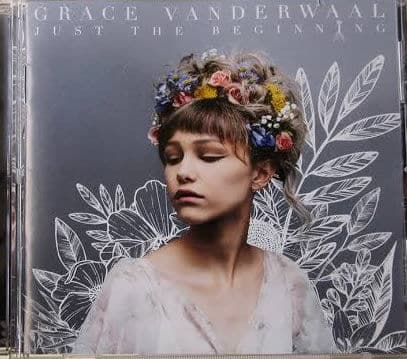 Do you know that Grace is only 15 years old at the time of writing this bio?. At such age, not many would be surprised to know that she single (of course she is single) and might have never seriously flirted with the thoughts of having a boyfriend. 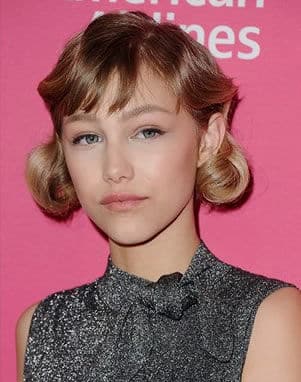 The singing sensation is rather focused on achieving more. Especially at her tender age. As her career is still considered to be on the rise at the time of writing.

It goes without saying that it could take a very long time before fans spot Grace with a heartthrob or transmit the early achiever genes of hers to son(s) and daughter(s).

How much do you know about Grace’s VanderWaal family? sit back as we bring you facts about the singer’s family life, beginning with her parents.

David VanderWaal is Grace’s dad. He is a marketer who has been involved in the business of marketing since Grace’s early life.

The father of three is of Dutch origin. And he works as Vice President of Marketing at LG Electronics USA – at the time of writing. He has good chemistry with Grace. As a Dad, he never ceases to support her via his social media handles.

Tina VanderWaal is Grace’s mom. She works as a creator of store windows display at the time of writing. Little wonder the VanderWaals are considered to be of middle-class family background.

Tina is of Scottish origin and has been adjudged to be the best mom in the world by Grace. More so, the singer enjoys seeing her mom use social media to wax lyrical about her achievements in the music industry. 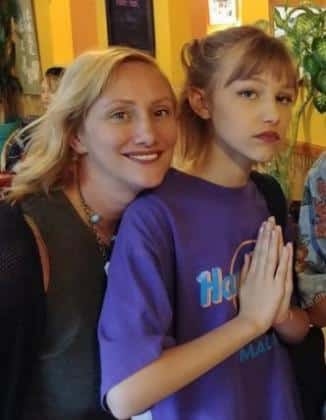 Jakob studied at Camden Military Academy in South Carolina – at the time of writing. He has hopes of becoming a career military man. On her part, Olivia is a music enthusiast who also has interests in fashion.

Both siblings have been instrumental to the life and rise of Grace VanderWaal and work with their parents to give Grace all the support that she needs. 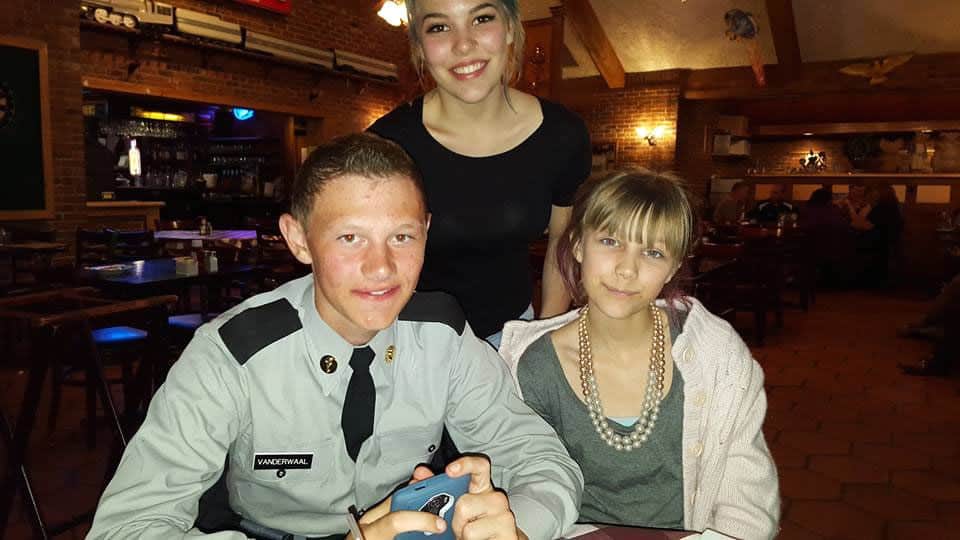 Regarding Grace’s extended family life. Her paternal grandparents have been identified as John Anthony VanderWaal and Ackie Ruth Vogelaar while her maternal grandmother is Patricia Kowalski.

Not much is known about the singers’ aunts, uncles and cousins. Neither are there available records about her nieces and nephew. 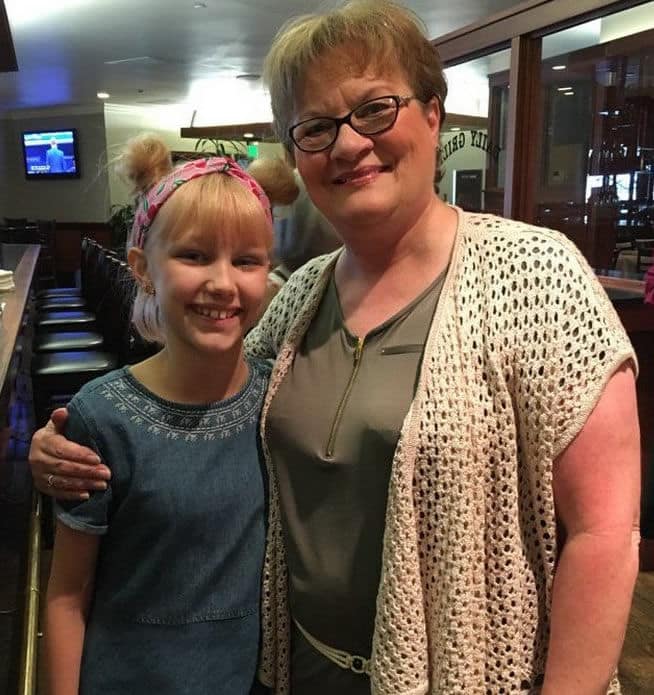 Moving on to Grace VanderWaal’s personality, she possesses an awesome persona that reflects the confident and organized nature of individuals who are guided by Capricorn Zodiac sign

More so, she is introspective, emotionally in tune, creative and moderately reveals details about her personal and private life.

Her interests and hobbies include photography, fashion, keeping pets, playing games and spending quality time with friend and family. 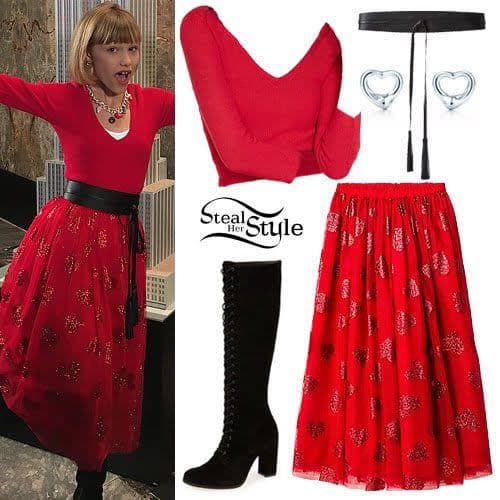 Grace VanderWaal has an estimated net worth of 2 million dollars at the time of writing. Major constituents of her fortune stem from revenues generated from her hit songs. These songs are “Perfectly Imperfect”, “I Don’t Know My Name” & “Moonlight”.

The singer who is still on the rise, lives with her parents at the time of writing. Reasons for such conservative lifestyle majorly borders on the fact that she is pretty underaged. And needs adequate guidance to plan her life.

Though Grace has no cars yet, she is the proud owner of a treehouse. Which has two distinct pods connected by a bridge. She enjoys spending time on the left pod and gifted the right pod to her older sister.

To bring an end to Grace VanderWaal’s biography, here are a few facts.

Grace VanderWaal is a Christian. She identifies with the Methodist denomination of Protestant Christianity. And she once admitted that the religious group has been one of her huge support systems.

Body arts came early for Grace precisely at the age of 15. When she got the tattoo of an elephant on her right arm.

Taking to her Twitter handle to reveal the reason behind the tattoo. Grace enthused that Elephants have the gift of hearing. Adding that the tattoos represent the gift of sound. 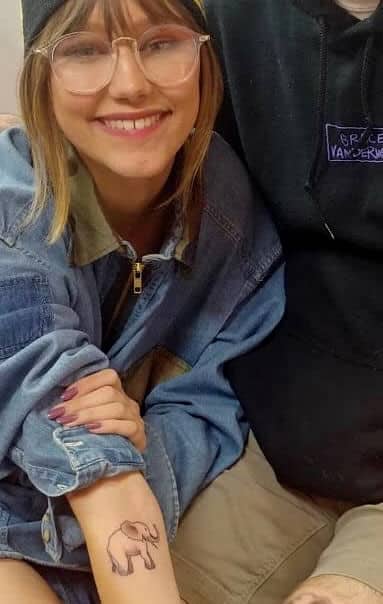 The singer does not smoke, neither is she given to drinking at the time of writing.

She’s rather focused on maintaining a healthy lifestyle as she set her eyes on career advancement over the years.

The reason behind nickname:

Grace was nicknamed “the next Taylor Swift” by one of the world’s most notoriously harshest critics – Simon Cowell – because they share undeniable similarities.

The nickname has been affirmed by a lot of celebrities who believe Grace is perfect. 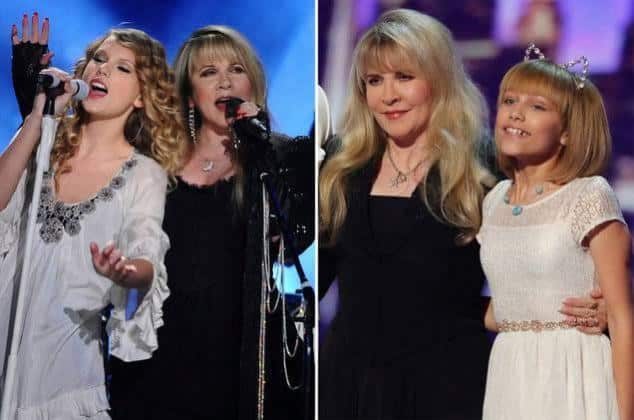 Thanks for reading our Grace VanderWaal Childhood Story, plus untold biography facts.

At childhood biography, we strive for accuracy and fairness while delivering to you the Biography of Singers.

Asides from Grace VanderWaal’s Bio, we’ve got other great Singers’ Biography stories for your reading pleasure. That of Halle Bailey and Dolly Parton will interest you.