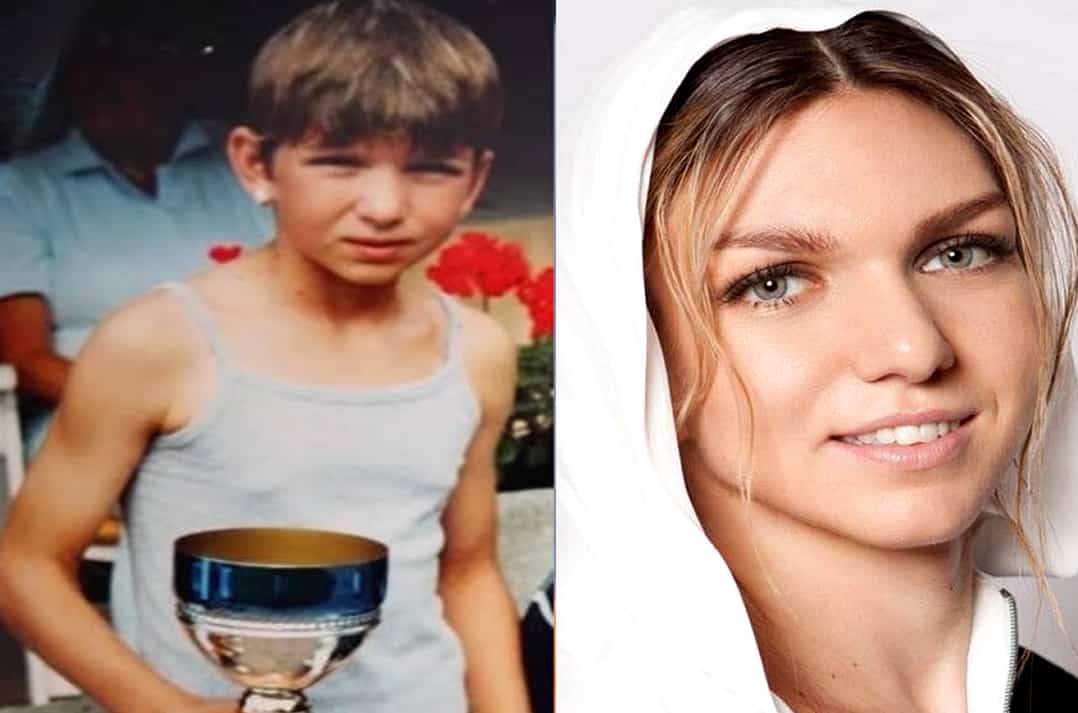 To whet your autobiography appetitive on how engaging Simona Halep’s Biography would be, we present you her early life and rise gallery.

Yes, everyone knows she is one of the most successful professional tennis players. However, only a few consider Simona Halep’s Biography, which is quite interesting. Now, without further ado, let’s begin.

For Biography starters, Simona Halep was born on the 27th day of September 1991. She was born at Constanta in Romania.

She was the second of two children born to her mother, Tania Halep and to her father, Stere Halep. Behold Simona Halep’s parents.

The Romanian national of white ethnicity with Aromanian roots was raised at her birthplace in Constanta where she grew up alongside her older brother, Nicolae and her sister, Luminita.

Growing up at Constanta, young Simona was not known to be a sports enthusiast until she started accompanying her mother to watch their firstborn – Nicole practice tennis.

It wasn’t long before the then 4-year-old laid hands on a racket and loved the way the ball bounced on the court. Thus began Simona’s early training in tennis.

By the time the young girl was aged 6 she began practising tennis daily and looked forward to an auspicious future in the Sport.

During her 8 year study at the school, young Simona combined academics with playing handball as an alternative sport.

The period also saw young Simona receive coaching in tennis from her first coach, Stan and a host of others who ushered her into participating in national and international tournaments of which she won a few.

The history of Simona’s significant engagement in tennis dates back to the year 2005 when she won the junior roll Roland Garros at 14 years of age.

She went on to play at many senior developmental ‘International tennis Federation’ (ITF) tournaments in 2009 and won a few.

The early wins include two smaller $10,000 tournaments in Bucharest against Elena Bogdan and Stéphanie Vongsouthi as well as a victory at the $25,000 tournament in Sweden where Simona defeated fifth-seeded Anne Schaefer in the finals.

Subsequent early career endeavours saw Simona made attempts to enter qualification for the WTA tournament and senior Grand Slam tournament at Roland Garros but failed at the second round of both qualifiers in the year 2009.

Her biggest sacrifice for tennis also came in the same year (2009) when she carried out a breast reduction surgery with a view to increasing physical comfort during play and training exercises.

Moving on, Simona recorded steady progress to the top beginning from the year 2010 when she qualified for the French Open and later main draw of the US Open.

In 2011, she reached the quarterfinals of the ASB Classic for the first time of her career and went on to secure a place in the semifinals of the ‘WTA’ event in 2012.

She also became the most popular player of the year in both 2014 and recorded the same feat in 2015. 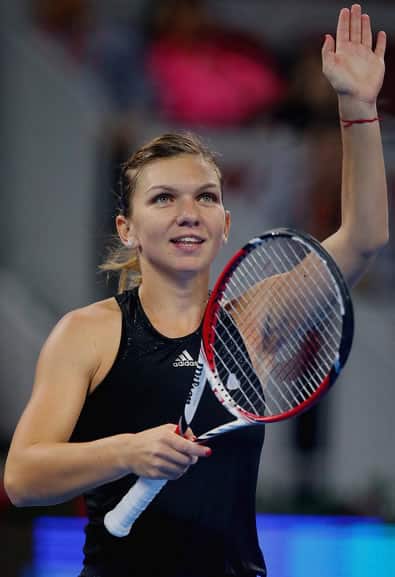 Speak of Simona’s long walk to winning a major tournament, she recorded consecutive losses at the 2014 and 2017 French Open finals as well as the 2018 Australian Open final.

It wasn’t until 2018 that she won her first major tournament at the French Open and consolidated on her initial breakthrough by winning her first Wimbledon title the next year (2019). The rest, as they say, is history. 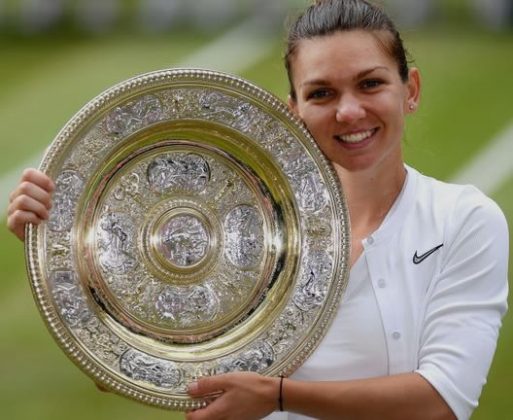 Simona Halep is yet to be married at the time of writing. We bring you facts about her dating history and current relationship status.

To start with her dating history, Simona Halep has been linked to 2 Romanian tennis players that include Horia Tecau and Radu Barbu.

Although Simona was once spotted vacationing with Radu Barbu on the Italian Riviera, she has not come out to comment on their relationship status at the time of writing.

Thus, it cannot be categorically stated if the duo are dating, neither does Simona has son(s) or daughter(s) out of wedlock at the time of writing. 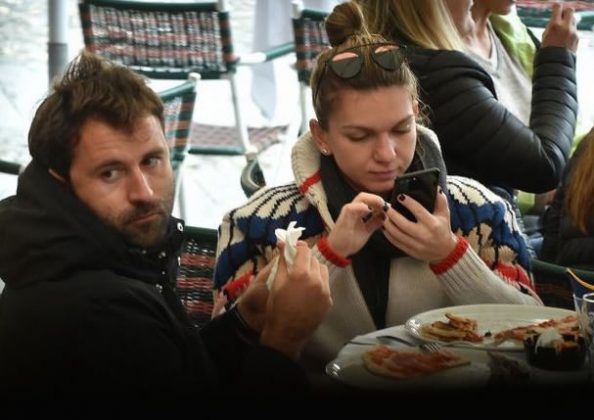 Halep comes from a middle-class family background. We bring you facts about her family life.

Stere Halep is Simona’s father. He is a former football player who played for Segeata Stejaru in the lower leagues and went on to run a dairy products factory in Romania.

Simona has always been close to her father and reportedly provided the funds he needed to keep his dairy business alive when it wasn’t doing well in 2015.

Tania Halep is Simona’s mom. She is a stay-at-home mother who shared in Simona’s childhood dream of winning Wimbledon and encouraged her to make it to the finals of the event.

In fact, Simona revealed that winning Wimbledon was Tania’s dream for her. Little wonder Tania was brought to tears in July 2019 when Simona brought the dream to reality.

Simona Halep has an older brother called Nicolae and a sister known as Luminita. Nicolae is 6 years older than Simona and inspired her to begin playing tennis but she didn’t turn professional in the sport.

He maintains a close relationship with Simona and serves as one of her many inspirations.

Away from Simona’s immediate family, little is known about her paternal grandparents as well as maternal grandfather and grandmother.

She had a cousin called Nicica, who committed suicide in March 2015.

Her niece is Tania (born to her brother Nicolae), while little is known about her nephews at the time of writing. Similarly, Simona’s aunts and uncles have not been identified in notable events of her early life to date.

What makes Simona Halep tick?. Sit back as we bring you the makings of her personality to help you get a complete picture of her. To start with, Simona’s personality is a blend of Libra zodiac traits.

She is resilient, jovial and rarely reveals details about her personal and private life. Simona’s hobbies and interests include boxing, football, playing handball, listening to music and spending good time with her friends and family.

Halep has an estimated net worth of over $14 million at the time of writing.

The origin of Simona’s wealth stems from her tennis endeavours and endorsement deals while analysis of her spending pattern reveals that she lives a luxurious lifestyle.

Pointing indicators to Simona’s luxurious lifestyle include her lavish villa in Constanta worth $573,065. The house boasts of a basement, ground floor and first floor with state of the art features that all sit on a 460 square meters plot.

Speak of Simona’s cars collection, it include luxury rides like Mercedes AMG SL63, Range Rover, Porshe 911 among other exotic rides.

To wrap up Simona Halep’s biography, here are lesser-known or untold facts that are hardly included in her bio.

Simona has no Tattoos at the time of writing. And she strikes fans as one who would keep a body free of ink. For the entirety of her career.

Regarding her religion, Simona was born and raised as a Romanian orthodox Christian. More so, she acknowledges religion as an important thing in her life. She is also a recipient of the Patriarchal Cross of Romania and the Order of the Star of Romania.

She has not been spotted drinking hard drinks, not even during celebratory events. Neither is she given to smoking.

Simona was given the award of Cetățean de onoare (“Honorary Citizen”) of the city of Bucharest in 2018.

The name Simona means one who hears while Halep is a variant of Aleppo, a city in northern Syria.

Thanks for reading our Simona Halep Childhood Story, plus untold biography facts.

At ChildhoodBiography, we strive for accuracy and fairness in our quest to deliver you the Biography of Famous Tennis Players around the world.

Kindly stay tuned for more related articles in our Tennis category. You may find some interest in the childhood story of Carlos Alcaraz, Simona Halep, Sloane Stephens and Ashleigh Barty.