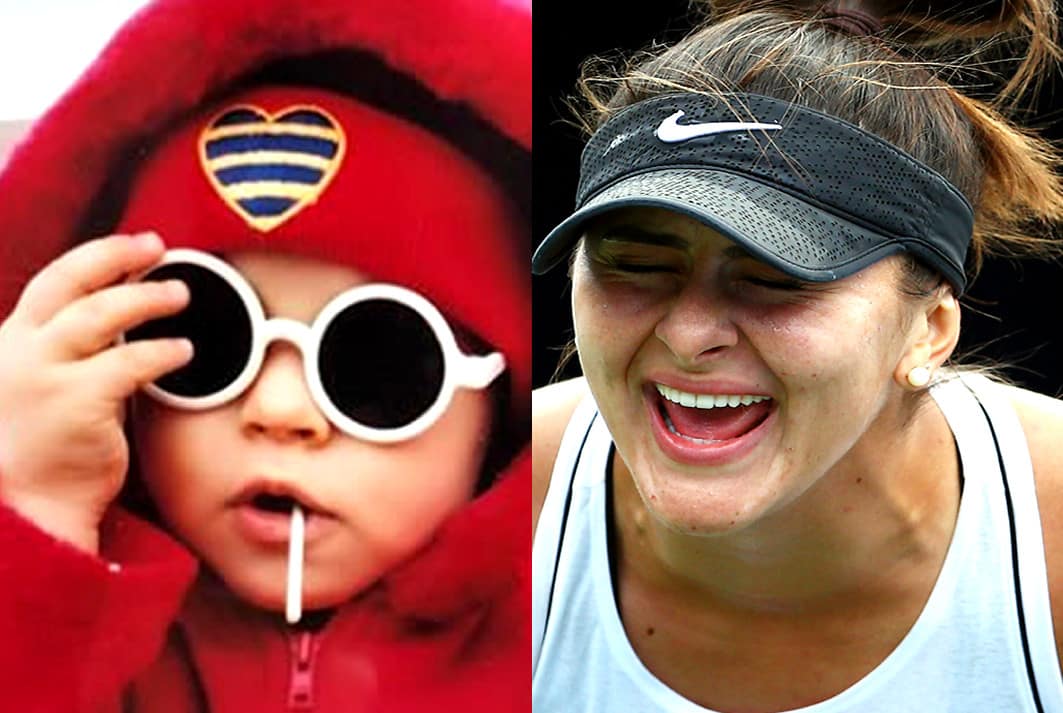 Childhood Biography presents the Full Story of a female Tennis player with the nickname “Bibi“.

Our version of Bianca Andreescu’s Biography Facts, including her Childhood Story, brings you a full account of notable events from her girlhood days. We then proceed to tell you how she became successful as a Tennis star.

More so, the Tennis star’s dating history, personal life, family facts, lifestyle, and other little-known facts about her.

Yes, everyone knows she is the first woman to win the US Open in her debut appearance.

However, only a few consider Bianca Andreescu’s Biography, which is quite interesting. Now, without further ado, let’s begin.

For Biography starters, Tennis player Bianca Vanessa Andreescu was born on the 16th day of June 2000 in Mississauga in Canada.

She was born to her mother, Maria Andreescu and to her father, Nicu Andreescu. Behold, Bianca Andreescu’s parents.

The Canadian national of white ethnicity with Romanian roots was initially raised at her home city in Mississauga where she spent her formative years until the family moved to Romania in 2006. 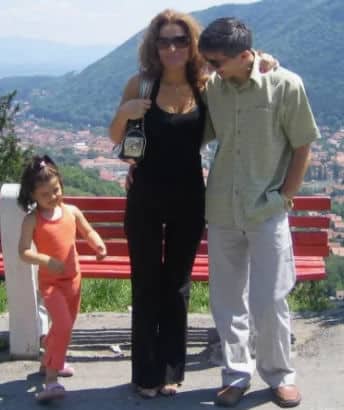 Growing up at the European country – Romania, young Bianca was a  stylish, energetic and fun-loving kid who participated in different sports that include gymnastics, skating and Tennis.

By the time Bianca was aged 11 in 2011, her family moved back to Canada, where she made the decision to focus on playing tennis and trained at the Ontario Racquet Club in Mississauga.

It wasn’t long before she got enrolled in Tennis Canada’s National Training program at Toronto, a period during which she got serious about becoming a tennis player and opted-in for online studies at Bill Crothers Secondary School in Unionville.

Bianca’s early career life started in 2014 when she smashed her way through kids of her age and those that were bigger than her to win the Les Petis As.

She went on to win the Prestigious Orange Bowl that year and clinched the title for the second time in 2015. 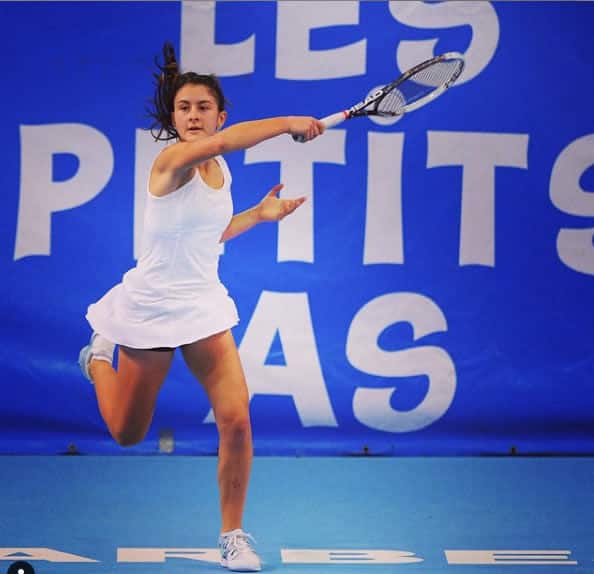 Convinced that greatness awaits her in tennis, Bianca made it a habit to always visualize winning the U.S. Open and wrote herself a mock cheque every year like she were the winner of the grand slam competition.

Little wonder she dominated the junior circuit between 2014 and 2016 before turning pro in 2017.

While On her vision filled road to fame, Bianca hit a Bump that saw her successful qualification for Wimbledon experience jolts as she was defeated by Kristina Kucova in the first round.

Though Bianca had a bit of an amazing run in 2018, the year slowly approached an end without a new title in her cupboard.

To cap it all, a back injury forced her out of Fed Cup in November that year to make Christmas the only event day worth celebrating with her family. 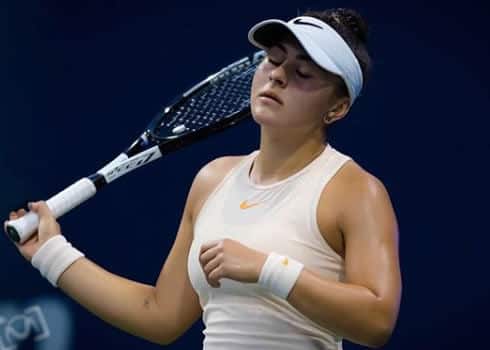 Fortunately, 2019 heralded good tidings for Bianca who in January recorded her first breakthrough by winning her first WTA 125k title at Newport Beach.

She went on to win the 2019 Roger’s cup in California after back spasms forced her opponent – Serena Williams – to retire in the first set. 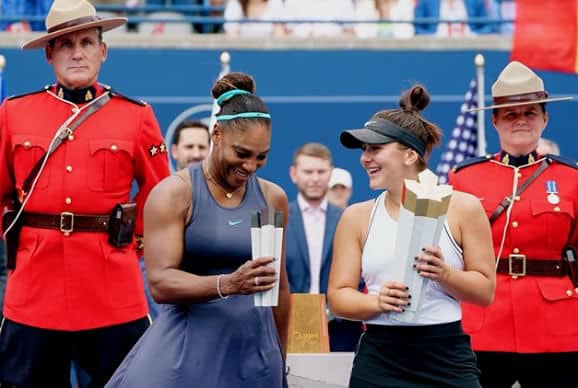 It was only a few days later – in fact, less than a month – that Serena Williams resurfaced to stand between Bianca and her childhood dream of taking home a U.S OPEN Cheque.

However, Bianca harnessed calm nerves and true aim that saw her become the first player born in the 2000s to win the U.S Open. The rest, as they say, is history. 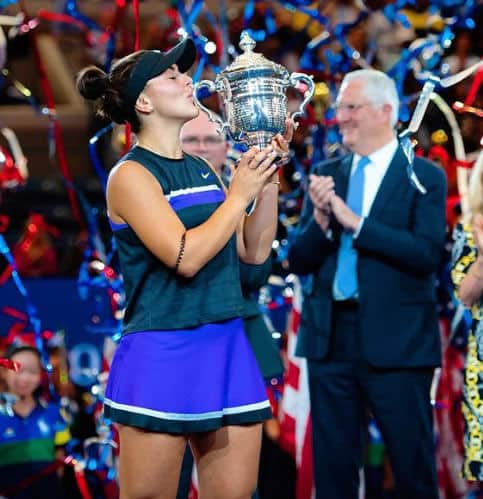 Sadly results of such queries have not been a good sight to curious minds as Bianca is yet to give the slightest insight into her current relationship status.

Although the tennis star used to date a certain childhood friend and fellow tennis player – Ben Sigouin, fast forward to date the duo are no longer an item.

Thus, the tennis star who has no son(s) or daughter(s) out of wedlock is widely believed to be single at the time of writing. 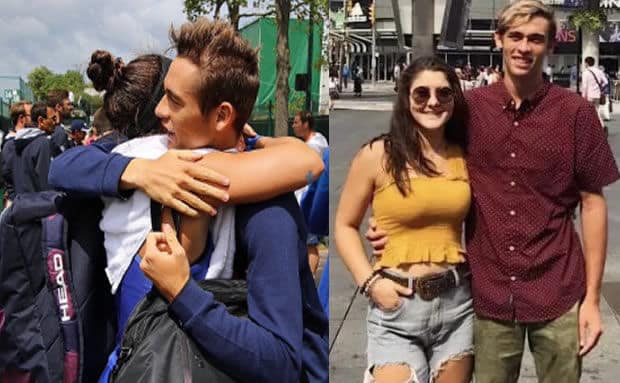 To start with, Bianca Andreescu is big on family. We bring you amazing facts about her family life.

Nicu Andreescu is Bianca’s dad. He worked at Transylvania University of Brasov during Bianca’s early life and signed her up for tennis training when she was aged 6.

Engineering Nicu – as he is widely known – has never lost chemistry with his prized daughter from her cradle days till date. In fact, his presence at Bianca’s games motivates the tennis player to give the game her all. 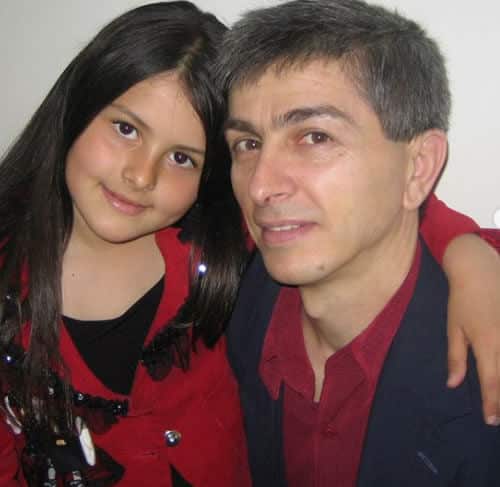 Maria Andreescu is Bianca’s mom. She is the coolest and extremely stylish person that Bianca has ever known.

It was Maria who taught Bianca how to meditate, an activity that the tennis star constantly practice and finds profitable in aiding concentration.

Like her husband, Maria is never far Bianca, especially during games where she often brings the family’s dog – Coco – as an additional support system. 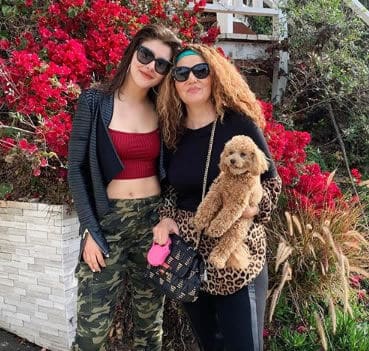 There has been no credible mention of Bianca’s siblings, neither has she shared photos of anyone that can be figured out as a brother or sister.

As a result, the odds are largely in favour of her being the only child born to her lucky parents.

Moving on to Bianca’s extended family life, there are no records. Of her maternal and paternal grandparents. While not much is known about her uncles, aunts, nephews, nieces and cousins.

It’s no gainsaying that Bianca Andreescu is the perfect embodiment of a Gemini. Traits of her personality mirror the persona exhibited by amazing individuals who are guided by the Zodiac sign.

She is emotionally in tune, motivated, imaginative, and nice. She has no problems with revealing details about her personal and private life.

Speak of Bianca’s interests and hobbies she loves meditating. Also, swimming, keeping up with football games and spending time with friends and family. 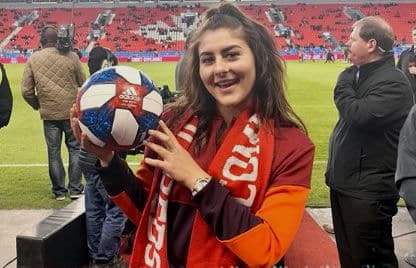 Thanks to winning the US Open, Bianca has a net worth of over $50 Million at the time of writing.

Constituents of her wealth major stem from her winning prizes. While analysis of her spending patterns indicates she lives a luxurious lifestyle.

Although detailed pieces of information are yet to emerge about Bianca’s house. Located at Thornhill in Ontario. As well as her cars collection.

There’s no denying the fact. That the tennis star lives large. As evident in the super cool photos she shares before chartering private jets for her travels. She does travel to luxurious vacation sites. 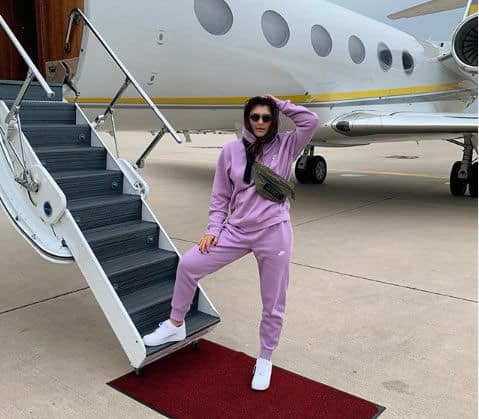 Before we call it a wrap on Bianca Andreescu’s Biography, here are untold facts.

Little is known about Bianca’s religion at the time of writing. However, the odds are in favour of her being a Christian.

It might not be long before photos of the tennis star meditating in a church surfaced. Given that the activity is one of her hobbies.

Do you know that Bianca’s was named “Vanessa” after actress and singer Vanessa Williams? Her first name “Bianca” is of Italian origin and means “white”.

In addition, her nickname “Bibi” is popular with girls bearing “Bianca”. However, the meaning of her surname is yet to be known at the time of writing. 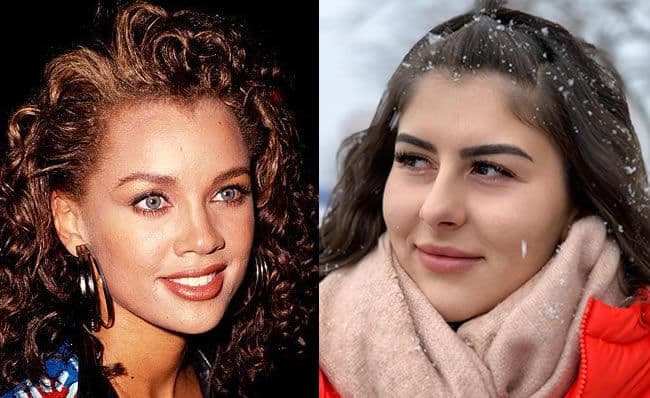 The tennis star does not smoke. She does not drink at the time of writing. She’s rather focused on maintaining a healthy lifestyle. And clinch more grand slam titles.

Body arts are probably the last agenda on the tennis star list of interests. Her good looks and great height of 1.7m makes tattoos strike her as an unnecessary beautification.

Thanks for reading our Bianca Andreescu Childhood Story plus untold biography facts. At childhood biography, we strive for accuracy and fairness. If you see something that doesn’t look right in this article, please place your comment or contact us!