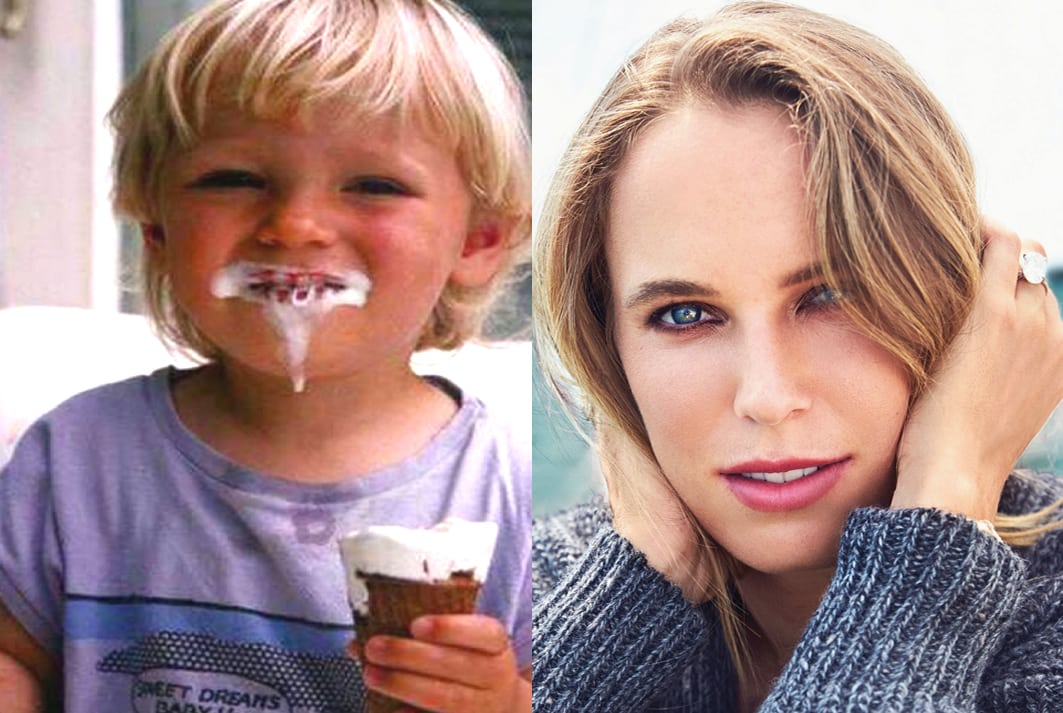 Our Caroline Wozniacki Childhood Story plus Untold Biography Facts brings you a full account of notable events from her childhood time to date.

The analysis involves her early life, life story before fame, family background, and personal life. More so, other OFF and ON-Screen little-known facts about her.

Yes, everyone knows of her foot speed and consistency. However, only a few consider Caroline Wozniacki’s Biography, which is quite interesting. Now, without further ado, let’s begin.

For Biography starters, Caroline Wozniacki was born on the 11th day of July 1990 at Odense in Denmark.

Both parents are Polish who immigrated to Denmark after Caroline’s father, Piotr, signed for the Danish football club, Boldklubben 1909.

Not long after they arrived, Caroline was given birth to and raised in the suburb of Herfolge in Koge, Denmark. Growing up in the suburb alongside her elder brother Patrik, young Caroline imitated whatever he did.

Caroline started playing tennis at the tender age of 6 and practised the sport by hitting a big foam-rubber ball on the half-court.

Moving on, she began playing against her brother and father with regular balls on a full court.

Recognizing that Caroline had the makings of a tennis star, Piotr resolved to train his daughter and drive her to tennis clubs where she competed against better players at the neighbouring towns of Vallensbaek, Birkerod, Vaerlose and Farum.

Caroline’s family relocated to the town of Farum in Denmark when she was aged 12 for the purpose of embracing better training facilities at the nearby Danish Tennis Association’s (DTA) Elite Centre.

Prior to the relocation, Caroline was a three-time Danish champion for girls under 12 and best tennis player in Koge. Upon settling at Farum, she continued with academics pursuits at Marie Kruse’s School.

While at the school, the tennis prodigy combined academics with participating in tennis tournaments. She became Danish champion at the age of 14 and made known her commitment to becoming the number one player in the sport.

A determined Caroline racked up numerous successes in Junior tournaments before making her debut on the WTA Tour at Cincinnati’s Western & Southern Financial Group Women’s Open in July 2005.

The then 15-year old didn’t impress on her WTA Tour debut and subsequent tournament she entered in that year up until January 2006 when she partnered with Anna Tatishvili to reach the semi-finals of the Australian Open doubles tournament.

Caroline’s next early achievement came a month later when she reached her first WTA quarterfinals and not long after, won the Liverpool International Tennis Tournament.

Successive matches were a mixture of few wins and losses until she won her first WTA Tour title at the 2008 Nordic Light Open in Stockholm.

Not long after, the Danish won her second WTA title at the Pilot Pen Tennis in New Haven. The feat was followed by clinching her first WTA doubles title at China Open.

As a result, Caroline witnessed a meteoric rise in rankings and won the WTA Newcomer of the Year award for 2008.

2009 was the year in which Caroline entered many tournaments but made her best result at the US Open. It was at the tournament that she became the first Danish woman to reach a Grand Slam final.

Her next major breakthrough result came a year later in 2010 when her performances in the various tournaments she entered, peaked at the quarterfinals of China Open where she defeated Petra Kvitova to replace Serena Williams as the new world No. 1.

The Rest, as they say, is history.

Caroline is yet to get married. We bring you details about her dating history and current relationship.

The tennis star was first involved in a relationship with golfer Rory McIlroy between 2011 and 2014.

The lovebirds nicknamed “Wozzilory” by the press were seemingly an inseparable pair within the period and even got engaged in 2014.

However, McIlroy called off the relationship within a few months to their wedding.

“The problem is mine. The wedding invitations issued at the weekend made me realise that I wasn’t ready for all that marriage entails”.

Said McIlroy in a statement. “I wish Caroline all the happiness she deserves and I thank her for the great times we’ve had.”

They took the relationship public 9 months later, with Lee appearing for Caroline’s matches at the U.S open. She also began sharing photos of herself with Lee on Instagram.

They took their relationship to the next level by getting engaged in November 2017, and their love has continued to wax stronger to date. It wouldn’t be long before wedding bells sound for the enviable lovers. 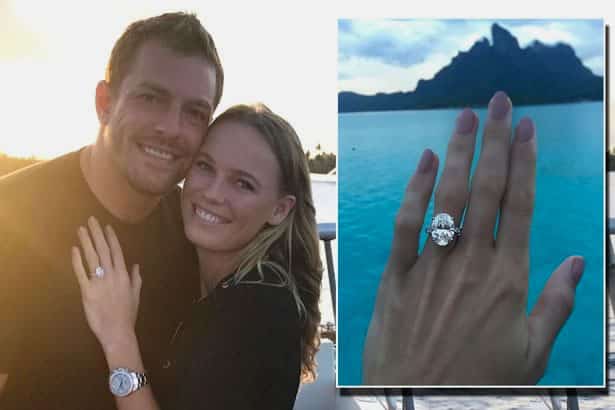 Caroline was born into a sports-loving family of four. We bring you factual information about members of her family.

Piotr Wozniacki is the father of the tennis star. He was a professional footballer who played tennis on the side as an Amateur.

He coached Caroline during her early years in tennis before placing her in the care of subsequent coaches.

Caroline seems to have a strong professional connection with her father as she laid off subsequent coaches to make him her present coach.

Asides serving as a coach to his daughter, Piotr was once her manager, agent, and anything he needed to be to ensure Caroline became a tennis star.

The supportive mother used to accompany her husband and kids to the tennis club where Caroline trained before she was aged 12. She continues to lend moral support and keeps tabs with her daughter’s progress in the sport.

Caroline has no sisters but an elder brother called Patrik. Although the Patrik dabbled between tennis and football as a kid, he committed to the latter and plays for IF Skjold Birkerod in Denmark.

Caroline credits Patrik for building her insatiable winning desire in tennis because she did not like losing to him whenever they played against each other as kids. 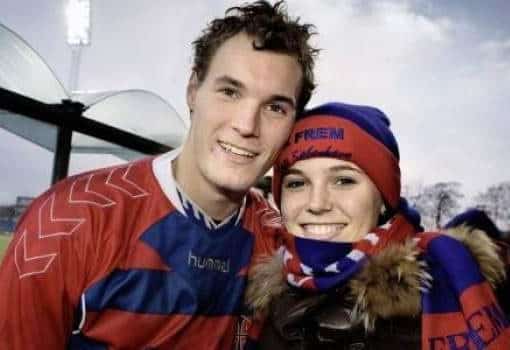 What do you know of Caroline Wozniacki’s persona beyond the court? Sit back as we bring you makings of her personality to help you get a complete picture of her.

To begin with, Caroline is happiest off the court and is often seen with infectious smiles and grins registered on her face. Nicknamed sunshine, she makes the most of each passing day by filling herself with positive thoughts.

Although she admits to being a little crazy, Caroline has a good relationship with people off-court and have their interests in mind.

What’s more? she is a self-confessed chocoholic and knows how to communicate in Danish, English, Polish, and Russian. Her hobbies include reading, listening to music, and shopping.

Caroline has an estimated net worth of $30 million and ranks among the top three highest-paid women tennis player. Her lifestyle is luxurious and goes in tandem with her huge earnings.

Similarly, she has mansions spread across the globe, including a Residence in Miami Florida valued at over $2 Million USD.

The Tennis star majorly loves travelling by air and satisfy her mobility needs on road with a number of sport-like cars including BMWs, Mclaren’s, Porsche brands and an Audi A5. 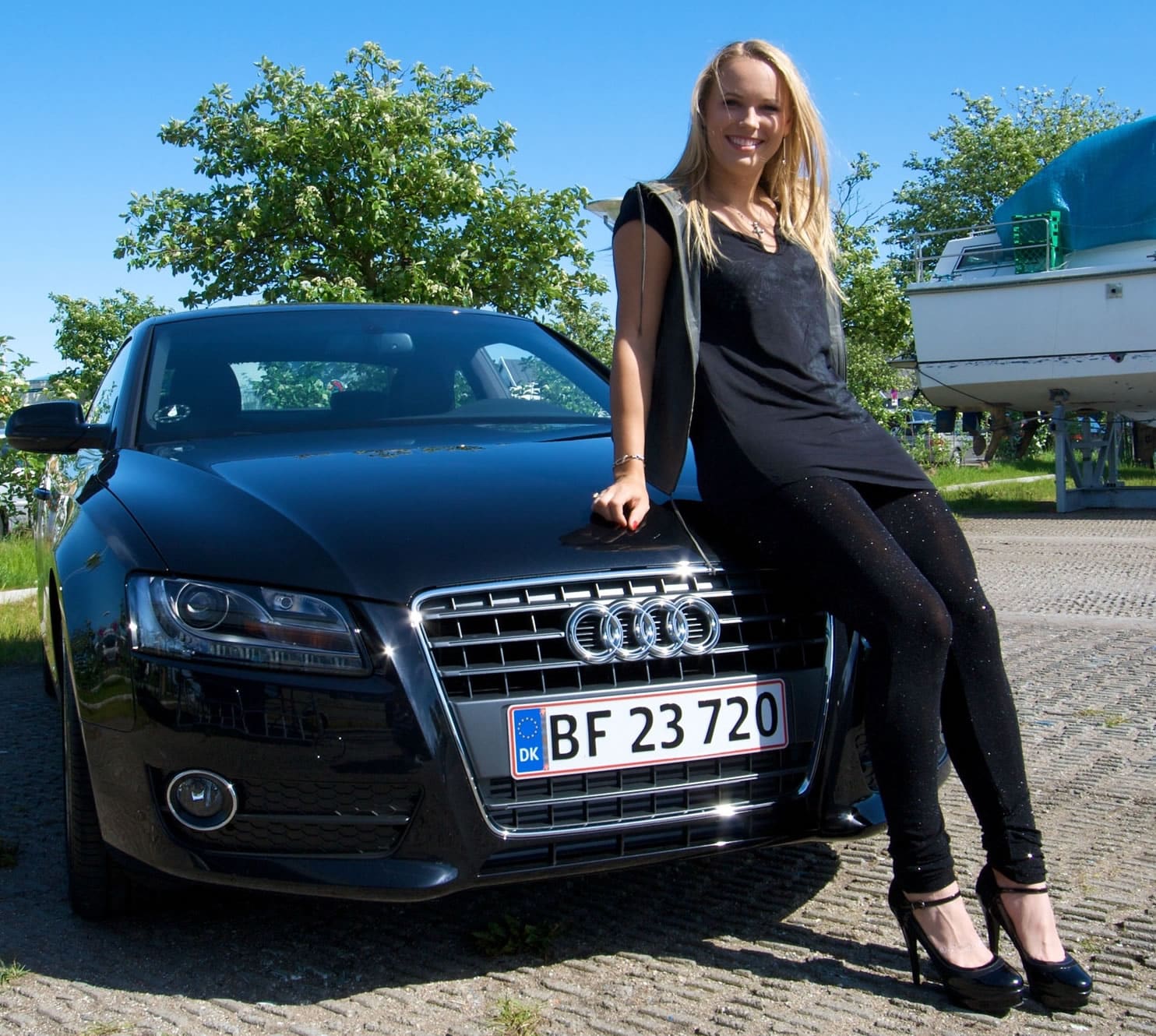 FACT CHECK: Thanks for reading our Caroline Wozniacki Childhood Story, plus untold biography facts. In childhood biography, we strive for accuracy and fairness. If you see something that doesn’t look right in this article, please place your comment or contact us!