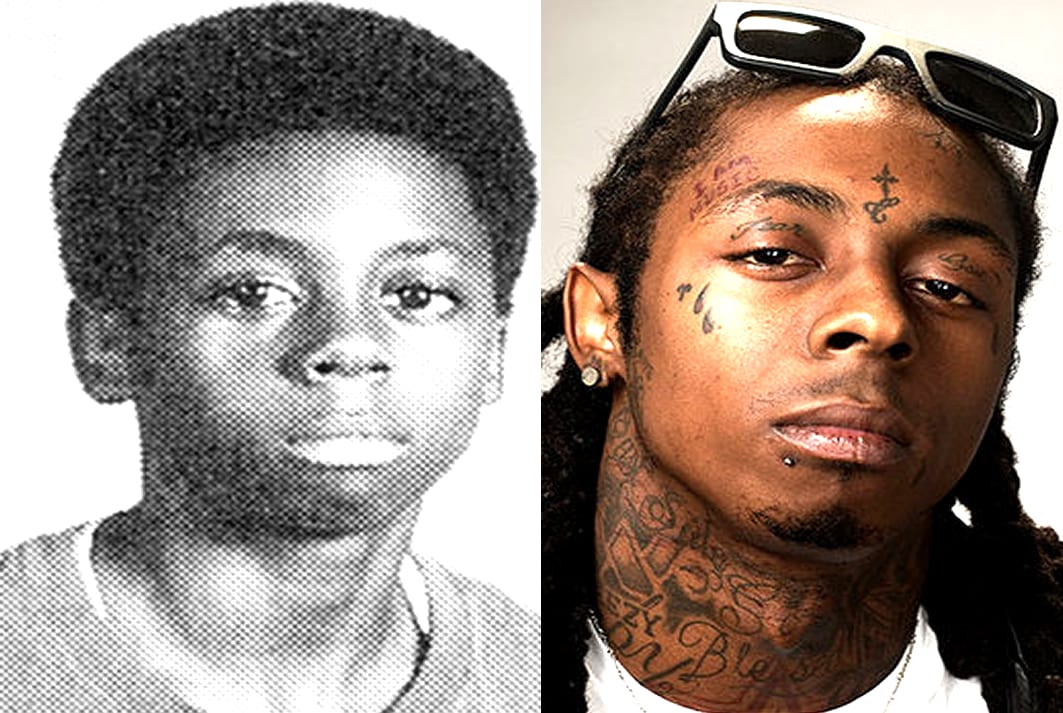 Childhood Biography presents the Full Story of an American Celeb with the nickname “Dr Carter“.

Our version of Lil Wayne’s Biography and Childhood Story brings you a full account of notable events from his childhood time to date.

Yes, everyone knows he is one of the all-time best-selling music artists. However, only a few consider Lil Wayne’s biography which is quite interesting. Now, without further ado, let’s begin.

For Biography starters, Dwayne Michael Carter Jr was born on the 27th day of September 1982 at New Orleans in Louisiana, U.S.

Lil Wayne is the only child born of the union between his father, Dwayne Michael Turner, and his mother, Jacida Carter. Behold, one of Lil Wayne’s parents.

The American national of black ethnicity with Afro-American roots was only two years old when his parents got divorced.

Wayne’s mother went on to raise him in the impoverished Hollygrove neighbourhood of New Orleans where he grew up without the loving company of siblings because he had none for his entire childhood and adolescence.

Notwithstanding, Wayne had a healthy childhood and developed an early interest in the arts, including songwriting and acting.

He wrote his first rap as an 8-year-old and engaged his flair for acting during his secondary school education.

Speaking of Wayne’s educational background, he had his elementary school education at Lafayette Elementary School in New Orleans.

The rap prodigy was still a student of the school when his budding rapping prowess caught the attention of rapper and owner of Cash Money Records, Bryan Williams, in 1991.

Bryan signed Wayne to Cash Money Records where he was helped to develop his rapping skills and included in Cash Money-distributed songs.

Subsequent academic pursuits saw Wayne proceed to Eleanor McMain Secondary School where he was an active member of the school’s drama club.

At the peak of his education, Wayne studied at Marion Abramson Senior High School where he dropped out to focus on music. Wayne would later get enrolled at the University of Houston in 2005.

However, the rap prodigy dropped out the same year and switched to the University of Phoenix where he conveniently majored in Psychology by taking online classes.

The history of Wayne’s early career in rapping dates back to 1996 when the then 14-year-old joined American Hip Hop group, “Hot Boys” which was made up of upcoming artists that were signed to Cash Money Records.

With Wayne being the youngest member of “Hot Boys”, the group released its debut album “Get It How U Live!” in 1997 and two years later (1999), release a major-label debut “Guerrilla Warfare” which topped musical charts and established members of the outfit as prospects to watch out for in the music industry.

1999 was the year which a 17-year-old Wayne released his solo album “Tha Block Is Hot” with contributions from members of the “Hot Boys” group.

“Tha Block Is Hot” received numerous positive acclaims and served as a solid foundation on which Wayne would build his rapping career.

Unfortunately, subsequent albums that were released by Wayne including “Lights Out” (2000) and “500 Degreez” (2002) fell short of his debut album and each received widespread criticisms that highlighted the rapper’s poor rapping style as well as non-harmonious lyrical themes.

Correcting the ills of his previous two albums, Wayne released his fourth album “The Carter” in the summer of 2004. “The Carter” marked a significant breakthrough for Wayne in so many ways.

To start with, the album cover art featured the debut of Wayne’s now-signature dreadlocks as well as achieved commercial success by selling over 878,000 copies in the United States.

More so, the single “Go DJ” became a Top 5 Hit on the R&B/Hip-Hop chart and secured Wayne tremendous recognition.

Lil Wayne is unmarried at the time of writing. We bring you facts about his dating history, failed marriage and current relationship status.

To begin with his dating history, Wayne has had so many romantic experiences that he has been linked with 22 women.

However, only a few left great marks on his relationship timeline by bearing children for him.

They include Wayne’s childhood sweetheart turned wife, Antonia “Toya” Wright. Wayne and Antonia got married on February 14, 2004. They had a daughter, Reginae Carter (born November 29, 1998), before separating in 2006.

Subsequent relationship endeavours saw Wayne hook up with OAP and producer Sarah Vivan, a romantic stint that led to the birth of his first son, Dwayne Michael Carter 3 (born October 22, 2008).

Regarding his relationship status at the time of writing, Wayne is dating his girlfriend, Dhea Sodano.

The lovebirds have been dating since 2011 while rumours have it that they were sometime engaged in 2012.

Whichever way the rumours tilt, Dhea is a very private person and has not come out to confirm or refute the speculations. 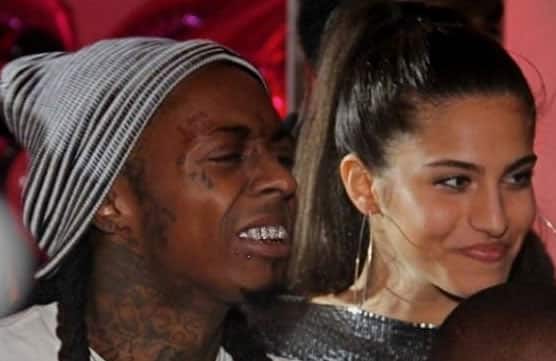 Lil Wayne came all the way to the top from a lower-class family background. Now let’s bring you facts about his family life.

Dwayne Michael Turner is Wayne’s biological father. He permanently left the family when Wayne was aged two and had never been in the rapper’s life.

As a result, Wayne has excellent resentment towards his father and even dropped the ‘D’ in his surname “Dwayne” in protest.

The only person he regards as a father figure in his life was his stepdad, Reginald McDonald nicknamed Rabbit. Wayne shared a close relationship with Rabbit before he was murdered.

Jacida Carter is Dwayne’s mom. She gave birth to Wayne when she was a 19-year-old high school student.

Lil Wayne’s mum, Jacida, worked as a cook during Wayne’s early life and was remarried twice after Dwayne’s father left the family.

She was first married to a certain Terry before tying the knot with Reginald McDonald nicknamed Rabbit, whom Dwayne considered as a father figure.

The supportive mom is currently married to her fourth husband, Avery Goff at the time of writing.

Lil Wayne has no sisters but a half brother from his mother side called Semaj Carter.

Semaj is widely believed to be born of Wayne’s mother marriage to Avery Goff owing to the fact that he is three years younger than Wayne’s eldest daughter Reginae.

Away from Wayne’s immediate family, little is known about his paternal grandparents as well as his maternal grandfather and grandmother.

Similarly, there are no records of his aunts, uncles, nieces and nephews while his cousins have not been identified in notable events of his early life till date.

What makes Lil Wayne tick?. Sit back as we bring you makings of his personality to help you get a complete picture of him. To begin with, Lil Wayne’s persona is a blend of Libra Zodiac Traits.

He is creative, intelligent, extremely sensitive, freely associates with people and has no problem with revealing details about his personal and private life. His interests and hobbies include smoking, partying with friends, blogging and spending time with his family.

Lil Wayne has an estimated net worth of over $120 Million at the time of writing. The origin of his wealth stems from his musical endeavours while analysis of his spending patterns reveals that he lives a luxurious lifestyle.

Pointing indicators of his wealthy way of life include his possession of numerous houses, including a Miami mansion worth $14 million.

The lavish mansion which is located on the Atlantic coast in south-eastern Florida boasts of numerous exquisite rooms, a glass elevator, a huge swimming pool and much seaside space for a little yacht.

Speak of his rides, it is worthwhile to note that Lil Wayne has one of the most expensive car collection in the world. His exotic cars are made by brands like Bugatti, Rolls Royce among others.

To wrap up our Lil Wayne childhood story, here are facts that are rarely included in his bio.

Wayne shares a father-son relationship with the owner of Cash Money Records, Bryan Williams also known as Birdman. It would be hilarious to note that the duo have just 13 years age difference.

He attempted committing suicide when he was aged 12 by shooting himself with a 9 mm handgun.

Fortunately, an off-duty police officer Robert Hoobler came to his aid and quickly drove him to the hospital.

The rapper who has too many tattoos, permanently installed diamond grilled teeth for 150k dollars.

Regarding his religion, Wayne identifies as a Roman Catholic and reportedly reads his Bible regularly. More so, he professed his belief “in God and His son, Jesus.” during his 2011 tour with Eminem.

Wayne does heavy smoking and drinking that he is rumoured to be high during interviews.

FACT CHECK: Thanks for reading our Lil Wayne Childhood Story, plus untold biography facts. At childhood biography, we strive for accuracy and fairness while delivering you the Biography of Singers. Kindly stay tuned for more Childhood Stories. That of Jennie Kim, Kenny Rogers and Lil Tjay would interest you.