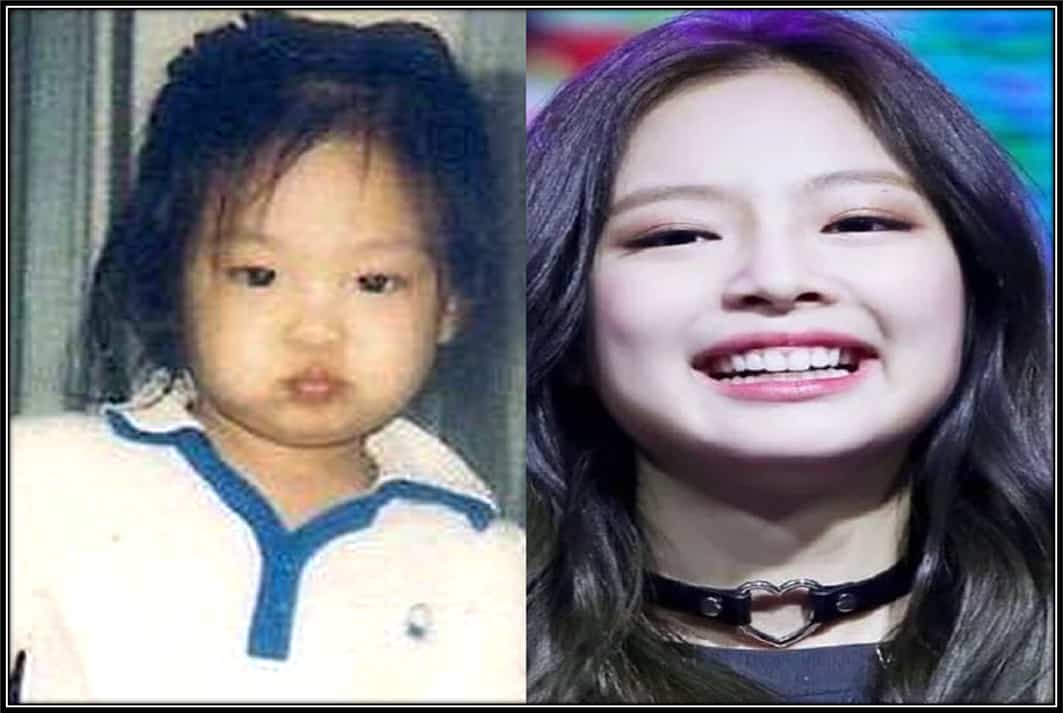 It’s a complete analysis of her Life Story, starting from her early days to when she became Famous.

Yes, you and I know she is one of the Best Female Rappers in K-pop. However, only a few consider Jennie Kim’s biography, which is quite impressive. Now, without further ado, let’s begin.

For Biography starters, Jennie Kim was born on the 16th day of January 1996 to her father and mother in Gangnam District, Seoul Capital Area, South Korea.

She is the only child born to her parents, whose names remain a mystery to the world.

Being the only child of her family, Jennie had the leverage of getting what she wanted from her parents. Over time, she enjoyed some privileges of suggesting her opinions on significant family issues.

Did you know?… One of the primary determinants of where Jennie Kim spent part of her childhood was her decision. Looking back at Jennie Kim’s life story, one would realize that she was fully responsible for spending her earliest adolescent days in New Zealand.

Our famous Korean singer was born into a wealthy-class family background. Her parents both have their family origin linked to their Korean ancestry. There is no doubt that Jennie Kim’s parents have established a close bond with her.

Many fans have testified to the strong mother-daughter bond that exists between Jennie and her mom.

By all indications, the Korean national became more courageous and focused on becoming a singer, thanks to the unconditional support of her parents and other family relatives.

Our famous Korean rapper spent her earliest childhood days at her birthplace. Growing up in Korea, she learned to speak, read, and write in her home dialect – Korean.

At the age of eight, Jennie and her parents went on a field trip to Australia and New Zealand.

While in New Zealand, Jennie decided to remain in the country as she seemed to have developed a keen interest in the place. Without any contradiction, she was allowed to live there and spent her next six years growing up in a foreign land.

The K-pop singer had a formal education. Early on, she struggled to learn the English Language.

Although it was a difficult task to accomplish, Jennie, however, learned to speak and write fluently in the English Language. Today, she speaks Spanish, English, Japanese, and Korean.

Jennie was enrolled to study at Waikowhai Intermediate School in Auckland, New Zealand. She maintained a low-profile life while in school and struggled hard to balance her communication skills with other students.

Without wasting time, Jennie transferred to study at ACG Parnell College after graduating.

It is often believed that the beginning of a great career is a preconceived idea. Jennie started cultivating her desire to venture into the entertainment world while in middle school. She aimed to become a professional ballet dancer in her life’s career.

However, not everybody is fortunate enough to achieve success as it was earlier perceived. In the case of Jennie, what she had aimed at, was a little fragment compared to the fame she was later going to achieve.

Over time, the young lass started to research different entertainment industries as well as their functionality.

Lucky Jennie took a particular interest in K-pop and came across YG Entertainment during her research. She decided to participate in YG’s next audition.

By the time she was 14 years, her parents wanted her to relocate to Florida and further her academics by studying law or specializing in teaching.

However, poor Jennie called her family in tears and expressed her sadness at their decision.

Being moved by their ardent love for her, Jennie’s parents consented to her decision and asked her to return to her home country. On reaching Korea, Jennie participated in the audition organized by YG Entertainment.

One of the significant challenges Jennie faced was her phobia for strangers and her inability to create funny scenarios. She disclosed that she could barely say “Hello” to the judges during her audition.

Fortunately, Jennie succeeded in joining the label and started up as a trainee. Although Jennie initially auditioned for a vocalist, she was selected as a rapper, thanks to her ability to speak English.

Nonetheless, she still had a lot to learn before achieving success in the world of fame.

In 2012, YG Entertainment uploaded Jennie’s picture on the official blog. The photo gained a lot of public interest and rose people’s curiosity.

Although her name was not released along with the image, she was however named the “Mystery Girl”.

After undergoing rigorous training for six years, Jennie and her band members, Blackpink unveiled their potential by releasing their debut album, “Square One”.

The album featured tracks like Boombayah and Whistle, which charted number one on the Goan Digital Chart. Their success propels the band to the highest rate K-pop band on the Billboard Social 50.

Fast forward to the time of writing Jennie Kim’s biography, the K-pop singer has ascended to the level of top international music celebrities.

Her excellence earned her the privilege of becoming the first solo singer in Korea to perform at the Coachella Music Festival. The rest, as they say, is history.

Contrary to the thoughts of many fans, Jennie Kim is probably single at the time of writing this bio. Since her rise to fame in the music industry, Jennie has been involved in a unique and less complicated relationship.

Who is Jennie Kim’s Boyfriend?

In other to balance her career life with her love life, Jennie got into an intimate relationship with Kim Jong-in.

However, the lovebirds dated from 2018 to 2019 before their breakup. Kim Jong-in, who was two years older than Jennie, was also a singer and had the same zodiac trait as her.

Although Jennie Kim’s agency initially denied the news about her relationship, the lovebirds were seen holding hands on the street while they took a walk. However, their unfailing love failed them as the two later went their separate ways.

Our K-pop celebrity was believed to have been in a romantic affair with her BlackPink member, Lalisa Manoban.

Moreover, Jennie and Lalisa were described as the flirtiest in the Blackpink band. On numerous occasions, they have shared memorable moments and posted some of their pictures on social media.

Their action towards each other while on stage is one of the fundamental reasons why their fans have speculated a romantic affair between them.

Notwithstanding, it is only a matter of time before they openly talk to their fans about their relationship.

The celebrated Korean rapper has achieved success in her career, thanks to the support of her family. In this section, we present you with details of Jennie Kim’s parents as well as the rest of her family members.

Over the past few years, Jennie Kim has consistently shocked the world with her outstanding performances.

However, the name of her mom remains a mystery to the world. One thing that we are sure of is that Jennie’s mother is a director of a South Korean entertainment company – CJ E&M.

The name of Jennie’s dad has also not been mentioned anywhere on the net. But, he is known to be running a hospital.

His efforts in raising Jennie alongside her mother’s efforts have become one of the foundations upon which her success lies.

Jennie Kim has no brother or sister. She was the sole child of her parents. As the only daughter of her home, Jennie’s parents ensured to keep her company to prevent her from living in solitude and loneliness.

There is no valid information about Jennie Kim’s paternal grandfather and grandmother, as well as her maternal grandparents.

Furthermore, she has no nephews or nieces, and details about her aunts and uncles are also not available on the net.

Personal Life away from career endeavors:

The private life of our celebrated Korean artiste contains lots of interesting facts. To begin with her horoscope, she has a blend of the Capricorn zodiac traits.

Her drive towards attaining a resourceful and purposeful influence in her career is evidence that she has inherited some of her zodiac characteristics.

In her professional life, Jennie loves to play the piano as well as flute, and she’s damn good at it. On the other hand, her hobbies and interests outside her career life are cooking and taking pictures.

Did you know?… A survey was taken in the BlackPink’s ch+ on who the best cook was in the band. The survey results showed that Jennie Kim turned out to be the best cook in the group.

Our Korean singer has been accustomed to living a luxurious life. She seizes every opportunity she has to appear elegant and gorgeous.

Her love for Gucci products knows no bounds as she stocks her wardrobe with too many expensive outfits, no wonder she was nicknamed Human Gucci.

Jennie Kim’s net worth is estimated to be a whopping sum of $8 million. As a famous Korean rapper, she has worked tirelessly to rise to the class of millionaires. However, Jennie is not interested in flaunting her house and cars on the internet.

To wrap up our Jennie Kim story, here are some lesser-known facts that would help you get a full grasp of her biography.

Jennie Kim was given several nicknames throughout her life’s story. First, she was called Jerry due to her love for Tom and Jerry cartoon.

Secondly, she was called Mandukie because her chicks were like Mandu (dumplings). Finally, Jennie was nicknamed Human Gucci owing to her love and patronage of the Gucci products.

As an upcoming artiste, Jennie Kim revealed to the world that her role model was Rihanna. She spent part of her time studying the commitment that Rihanna gave into music to have succeeded in recent times.

No wonder she has been able to improve to the extent of becoming a prominent celebrity in Asia.

Jennie Kim, a Christian or a Buddhist?:

Our famous Korean superstar is a Christian. However, her relationship with Lisa led her to once worship in a Buddhist temple in Thailand. Although Jennie acted out of love for her friend, her action has raised a lot of controversial questions about where her faith truly lies.

Jennie did not restrict her talent to music alone; instead, she also ventured into the modeling world. It would interest you to know that she modeled for Chanel Korea Beauty in the year 2018. She was also endorsed to model for several other brands since her rise to fame.

Just in case you want a quick look at Jennie Kim’s Biography. the table (below) will help you find information about her concisely and efficiently.

Thanks for taking this time to read our extensive article of Jennie Kim’s Life Story. Without a doubt, all members of Blackpink are extremely talented. 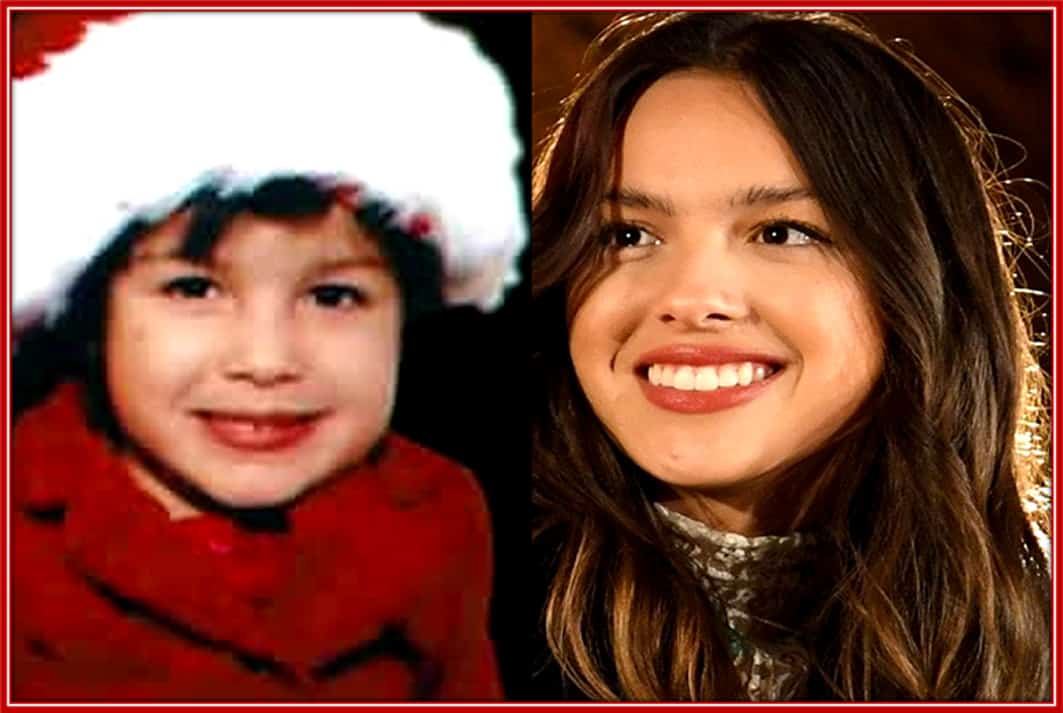 While putting up this article, our editors were on the watch for accuracy and fairness. Kindly place your comments on your thoughts about the write-up.