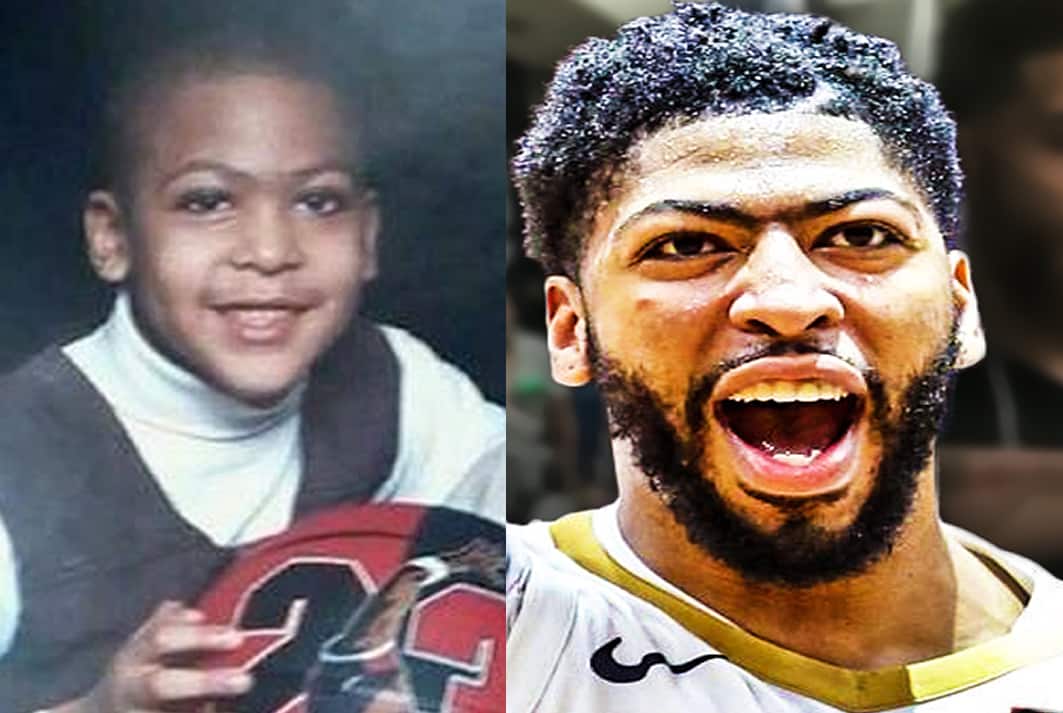 Childhood Biography presents the Full Story of an American basketball player best known by the nickname “The Brow“.

Our Anthony Davis Childhood Story plus Untold Biography Facts brings you a full account of notable events from his childhood time to date.

The analysis of the NBA star involves his early life, life story before fame, family background and personal life. More so, other OFF and ON-Screen little-known facts about him.

Yes, everyone knows he is one of the tallest basketball players in the United States. However, only a few consider Anthony Davis’ Biography, which is quite interesting. Now, without further ado, let’s begin.

The NBA Star was born on the 11th day of March 1993 in Chicago in Illinois, United States. He was the youngest of twin children born to father Anthony Davis Sr., and to his mother Erainer Davis.

Regarding his family background, Davis is an American national of African American ethnicity with Afro-American roots.

Growing up on the south side of Chicago alongside his elder sister, Antoinette and twin sister, Lesha, young Davis developed an intense passion for basketball at a very young age and played the sport with members of his family. 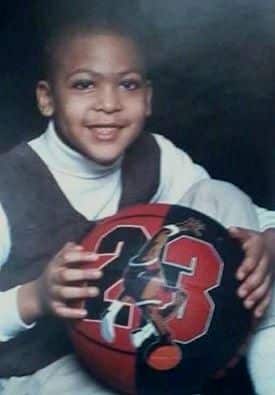 Anthony Davis’ parents were not just sports-loving but an inseparable pair who raised him and his siblings in a healthy manner and always sought the best for them.

Resultantly, the young boy grew up in height and wisdom, excelling in basketball and academics.

Notable among Davis’s academic background was his high school education at ‘perspectives charter school’ in Chicago.

The school, which placed utmost priority on academic performance, had no gymnasium or any platform that promotes athleticism.

Consequently, Davis and his sporting mates explored other alternatives to playing the sport, including practising at a nearby church.

The resultant effect was brief obscurity that lasted until his junior year when he impressively played AAU basketball and appeared in the Nike Global Challenge. 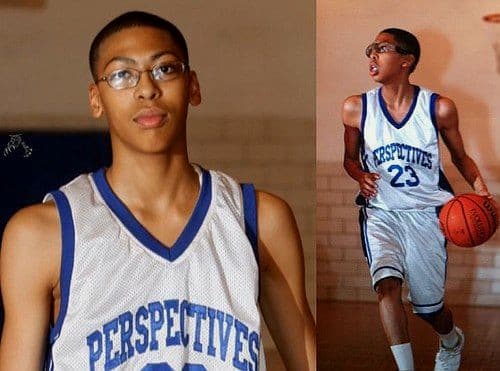 It wasn’t long before Colleges, including Syracuse, sought to offer him scholarships. Davis, however, committed to the University of Kentucky and played for its Kentucky Wildcats.

Davis had an awesome college career that was earlier predicted by observers who declared him to “be the next big thing”. 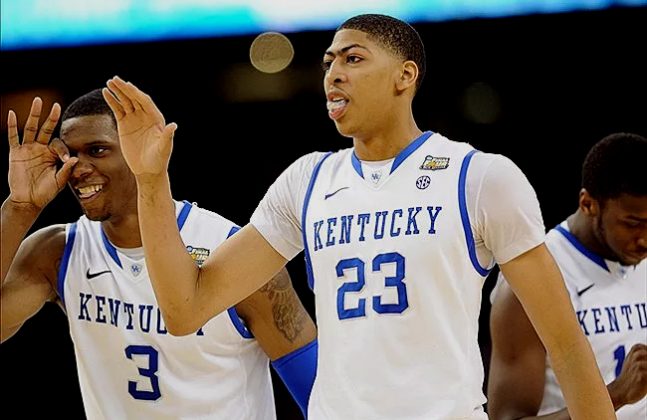 His overall performances that year (2012) saw him win numerous titles, including National Freshman of the Year, NCAA Final Four Most Outstanding Player and Consensus national player of the year.

A confident Davis, who had also won an Olympic gold medal with US national team in 2012 without prior NBA experience, declared himself ready for the NBA draft and was selected by New Orleans Pelicans. 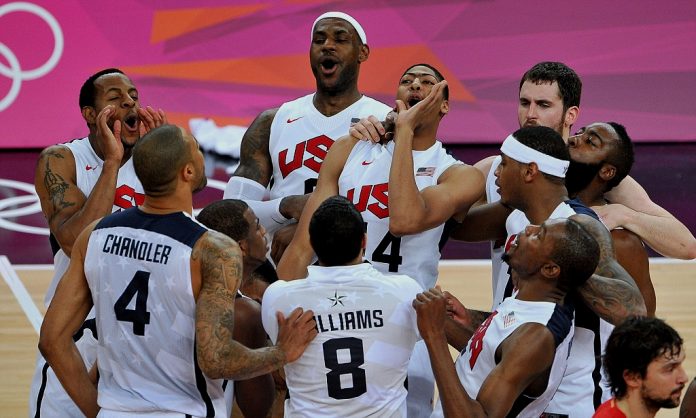 As I write, he has carried the Lakers to victories. The rest, as they say, is history.

In this section, we’ll bring you details about his previous and present relationships.

First was his rumoured relationship with a fellow basketball player, Brittney Griner. The duo didn’t make significant progress in the relationship, which quickly ended after Brittney came out of the closet to declare that she was a lesbian. 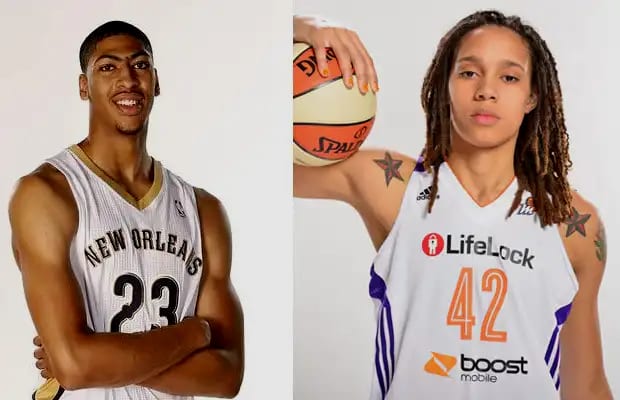 Moving on, Davis started dating an athlete known as Ms Gonzales. Theirs was a little-known relationship that started in the summer of 2013 with no record of the end date.

The tall basketball player is currently dating his latest girlfriend, Marlen, who he met in 2017. 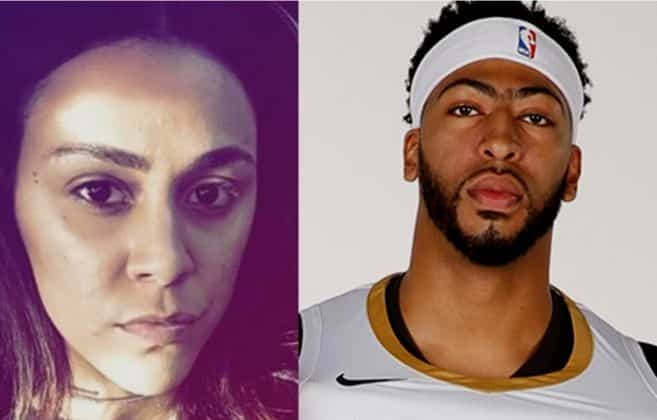 Their relationship has given rise to the birth of a daughter called Nala. It is believed that her birth would cement the couple’s relationship. However, basketball players are hard to keep, and Marlen would have to work extra hard to keep her man.

Davis was born into a family of 5 members we bring you factual details about his family.

Anthony Davis Sr. is the proud father who helped his son journey from the Southside of Chicago to the University of Kentucky and finally to the NBA draft. 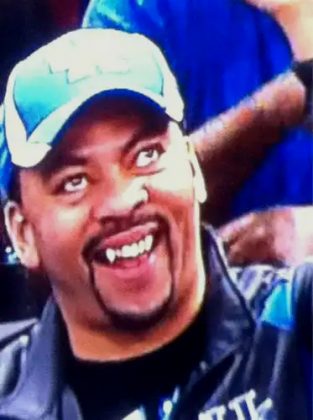 He has always been too close to his son and supports his endeavours.

“Every time I walk in the arena and see our name on the back of that jersey, it’s so surreal for us. I get goosebumps every time I see it.

It’s a big moment for me. I always get a little teary-eyed. He made it. He’s living his dream. That’s my proudest moment.”

Anthony is believed to have inherited his height from his father, who also stands at 6 feet. He sure didn’t fall far from the tree.

Erainer Davis is the mother to Davis and stands at 5-foot-11. 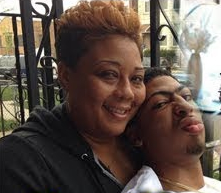 She also doubles as a special adviser who reminds Davis to stay put as the humble kid he was before fame came knocking.

Anthony Davis has just two sisters. The eldest goes by the name Lesha. She was an athlete during her college days and played basketball at Daley College.

Next is Davis twin sister Antoinette who is older than him for just a minute. Not much is known about her though it is believed that she might have played basketball like her twin brother and elder sister Lesha. 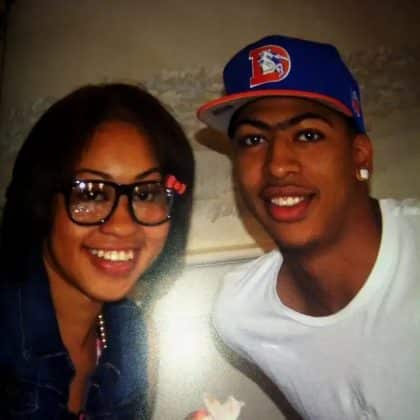 Do you know?… Davis was nicknamed “The Brow“ in acknowledgement of his connected eyebrows. 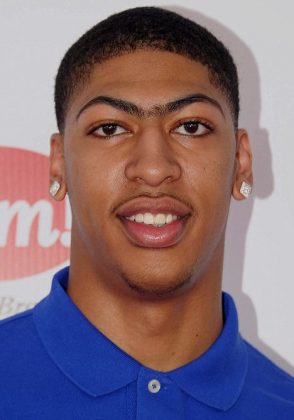 The development led him to trademark the phrases “Fear The Brow” and “Raise The Brow” in June 2012. Giving reasons behind the move, Davis explained that:

“I don’t want anyone to try to grow a unibrow because of me and then try to make money off of it. I and my family decided to trademark it because it’s very unique.” 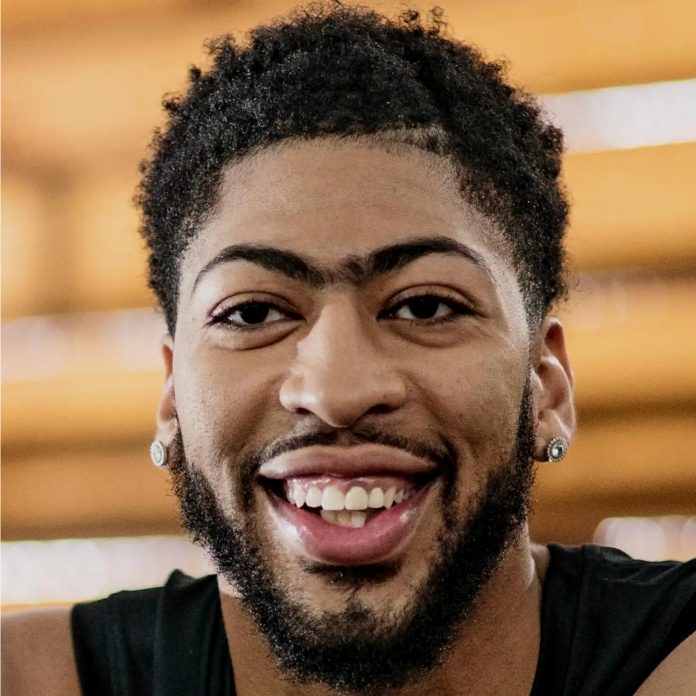 How much is The Brow worth?. Maybe a billion Dollar.

The basketball player appreciation for his roots and tribute to those who contributed to his professional upbringing is evident in his tattoos.

On his top right arm is a body art of his maternal grandfather, Lamont Eberhardt. 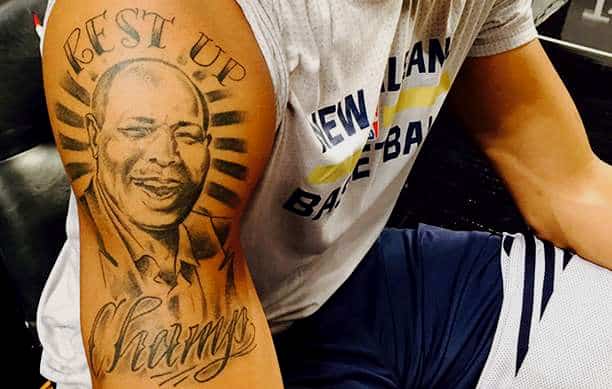 Explaining the relationship he had with the patriarch Davis notes that:

“He meant a lot to me and was an avid fan of Kobe Bryant fan. Every day I would go to his house and we would just talk basketball and want to me to go out there and be like Kobe”

The second tattoo beneath his top right arm spells Chicago, his city of birth. 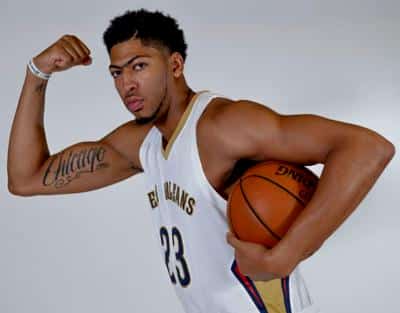 With a net worth of $35 Million (as of 2018), Davis neither lives above or below his means but spends optimally.

His cars include an average collection of Mercedes Benz, Porsche 911, Rolls Royce and Bentley Continental. In the same light, he resides in a $3 million home at Metairie, in Jefferson Parish, Louisiana, USA. 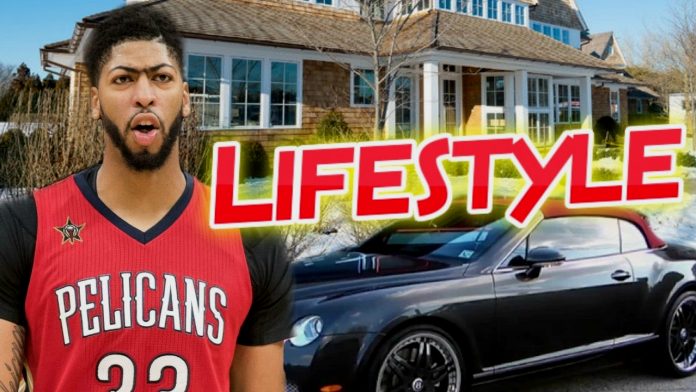 Thanks for taking your time to read our version of Anthony Davis’ Bio.  At childhood biography, we strive for accuracy and fairness in our daily routine of delivering the Biography of NBA Stars.

Kindly stay tuned for more articles from our Basketball category. The Childhood Stories of Kristaps Porzingis, Ja Morant, Paul George, and Blake Griffin would interest you.