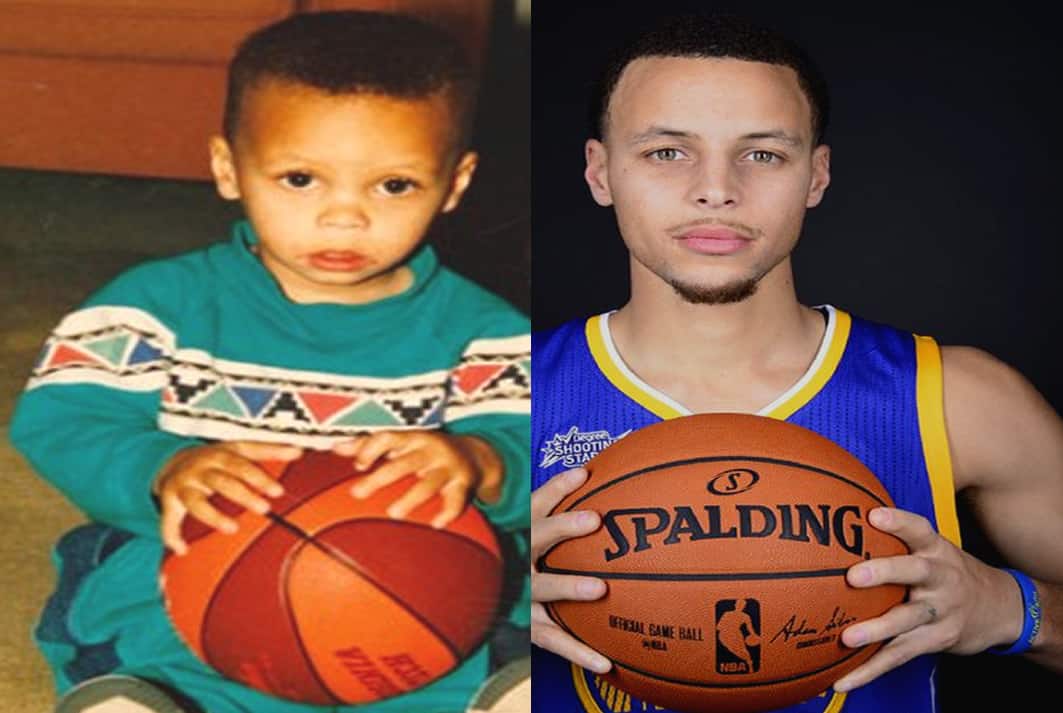 In a nutshell, this is a Life Story of Steph. We begin with his boyhood days, to when he became famous.

Yes, everyone knows about his awesome shooting skills. However, only a handful consider Stephen Curry’s Bio, which is quite interesting. Now, without further ado, let’s begin.

For Biography starters, Stephen Curry was born on the 14th day of March 1988 in Akron, Ohio, U.S.A. He was born to his mother, Sonya Adams (a then college volleyball player). And to his father, Dell Curry (a then member of the Cleveland Cavaliers).

Being born to parents that were active athletes, it was natural for Baby Stephen. To learn the ropes of his father’s profession.

Dell Curry (his Dad) often took Stephen and his brother Seth to Basketball practice. The sessions afforded them the love and privilege of watching him shoot during warm-ups.

This ignited his love for the game, as seen in his childhood photo below.

Stephen’s childhood was much influenced by the locations his family moved to. In order to adjust to Dell Curry’s Basketball career.

Consequently, Stephen had his first six years of basic education at the Christian Montessori School of Lake Norman, founded by his parents When the family moved to Charlotte, North Carolina.

While Stephen was at basic school, his education was not a distraction from the game. The game of Basketball, which he fell in love with as a baby.

In fact, basic school taught him how to learn at his own pace, harness his strength, work on his weaknesses, and develop a sense that he could achieve anything.

In addition, his birthdays (photo below) served as a reminder of the gifts he possessed and what he hoped to achieve.

After Stephen’s basic education, his family relocated to Toronto to enable Dell Curry’s wrap up his Basketball career as a member of the Raptors.

The development saw Young Stephen take one step further in the direction of growth and passion as he did not only further his education at high school (Queensway Christian college boys) but led the school basketball team to a season victory. 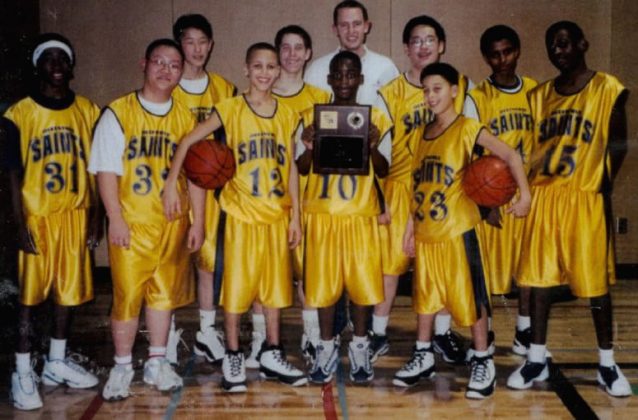 It was about time to move on, and for Stephen, moving on meant consolidating on previous gains and setting sails for new exploits.

At this point, he more than ever needed to draw strength and support from his retired father as well as tap into his many years of experience as the family moved back to Charlotte. 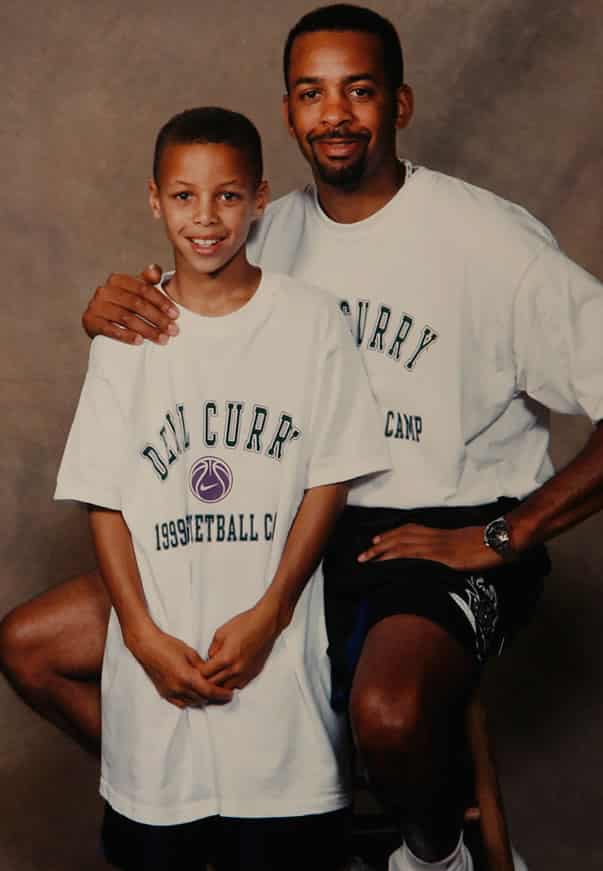 Back to Charlotte, Stephen was enrolled at Charlotte Christian High School and played for the middle school team.

At this stage, it became obvious that his father had impacted a lot on him. An impact which the then school coach, Shonn Brown, could attest to as he remarked:

“Although Stephen was really small, he could shoot the ball, Judging his impressive form, i could tell that he not only loved basketball but had been under good mentorship”.

Upon completion of high school and inspired by his father’s mentorship, Stephen wanted to play for his dad’s former team, Virginia tech but faced rejection from the coach, Seth Greenberg.

Stephen, however, enrolled in Davidson College in November 2005 after being convinced by the coach, Bob McKillop, who had an unwavering belief in his future as he had watched the small rising star play many years ago at the tender age of 10. 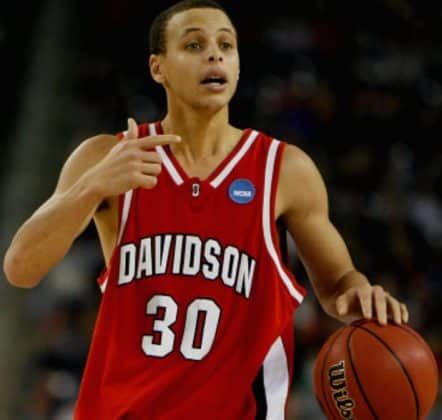 However, Stephen curry did not complete his degree requirements at Davidson College as he left a year earlier in 2009 to compete in the NBA for Golden State Warriors.

His achievement with Golden State Warriors at the NBA were not only impressive but far more than extraordinary. The rest, as they say, is history.

There’s only been one woman in Stephen’s love story, Ayesha, and she interestingly became the one who stole the basketball genius surname. Their love story wasn’t a labyrinth. Even if it were, we would still walk you through it like we always do.

The two love birds, Stephen and Ayesha first met through their church group. They were teenagers at the time, and Stephen did much to keep his interest in her at a low-key level.

His secret love for her was borne out of the fact Ayesha’s parents prohibited her from getting emotionally involved with any kid at high school.

However, Stephen was a much patient young man and kept his eyes on the price even after graduation from high school.

A few years later, when Stephen was a college junior in North Carolina, he contacted his crush via Facebook and initiated the first bold step of their relationship by demanding a hangout. 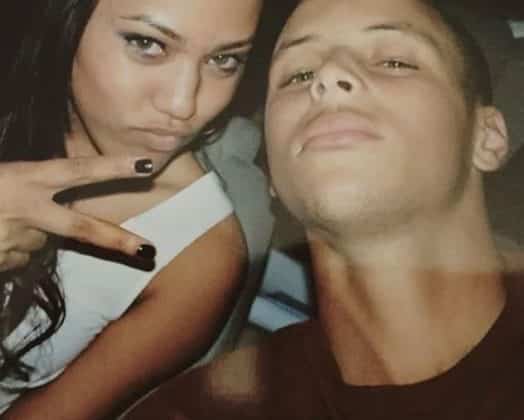 While they hung out, Stephen wanted to push his luck by leaning towards to Ayesha’s face to initiate their first kiss, but Ayesha wasn’t ready for the bold attempt.

The couple, however had their first kiss in the driveway of Stephen’s parents’ house at Charlotte. The same location hosted the couple when Stephen finally proposed to her. 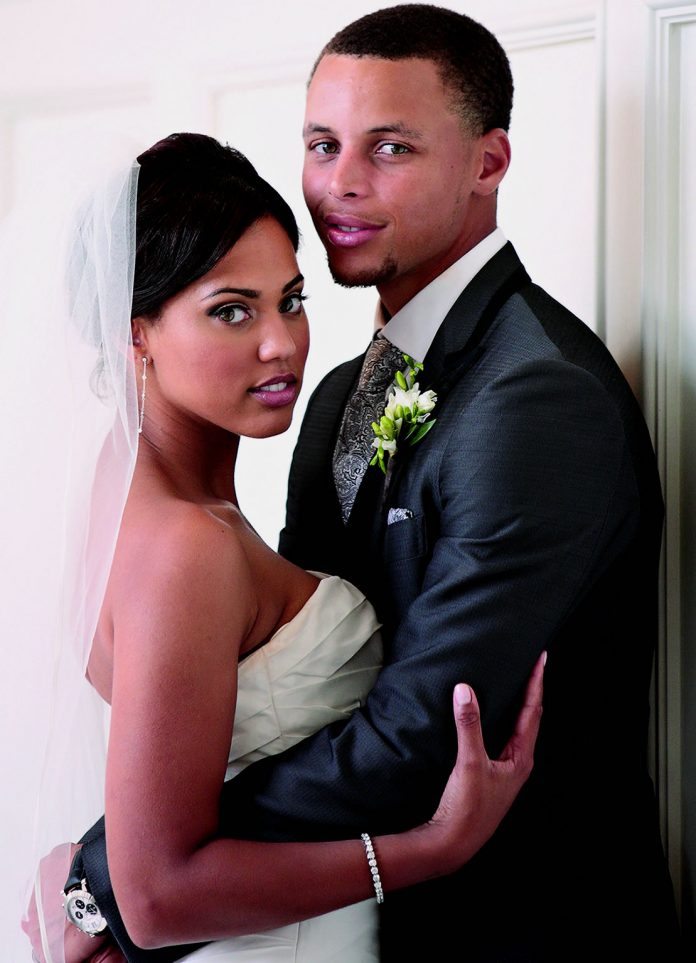 Commenting on why he decided to settle down at such early age Stephen explained that:

“I knew I had found the right woman and I wanted to start a life with her.”

Their marriage was blessed with two daughters, Riley Elizabeth Curry (born July 19, 2012.) Ryan Curry (born July 10, 2015). At the time of this post Ayesha is heavily pregnant and the world is eager to know the sex of the latest curry’s. 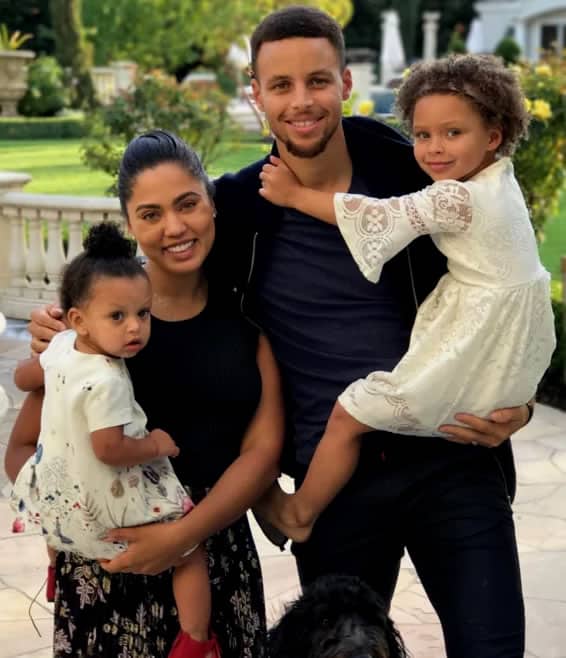 Stephen curry was born to parents that were athletes at the time. Sit back as we bring you info about his sport-loving family.

Stephen curry’s father, Dell Curry was a one-time professional basketball player who played in the National Basketball Association from 1986 until 2002 before his retirement as the Charlotte Hornets’ all-time leading scorer.

He was a positive influence to Young Stephen, who still looks up to him for mentorship and support. In fact, Stephen wants to play in the NBA for 16 years, like his father did before retirement. 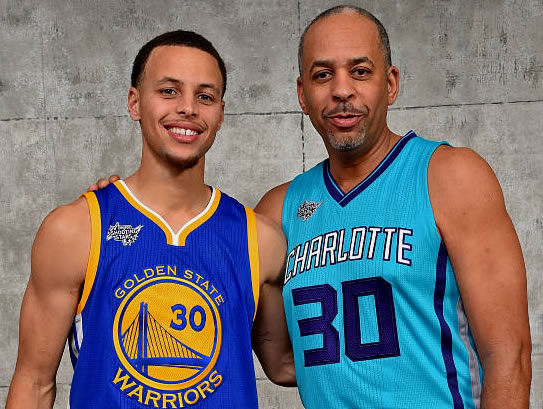 Stephen Curry’s mother, Sonya Curry was a one time volleyball player who played for Virginia Tech before the birth of Stephen and is presently an American school administrator.

Although Basketball was not her forte, Sonya ensured that Stephen perfected his game in the court by making him pay fines for turnovers. How much supportive could a mother be? 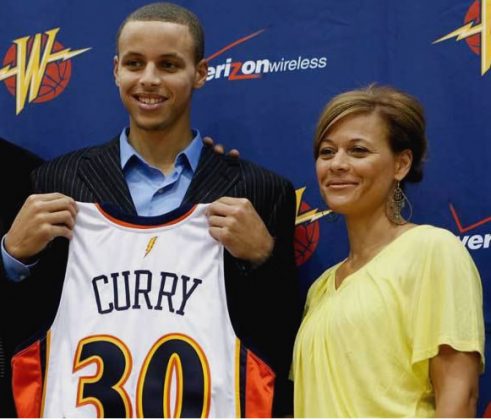 He was a one-time college basketball player for one year with the Liberty Flames before his transfer to the Duke Blue Devils.

Although Seth has not gained much recognition like his elder brother, he believes he is a better shooter than Stephen. 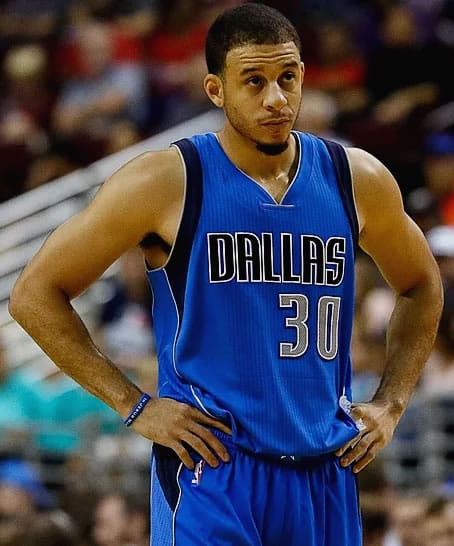 Sydel Curry is one-time volleyball player who played for Elon University before her retirement in 2017. She is the youngest of the three siblings and is currently engaged to basketball player, Damion lee. 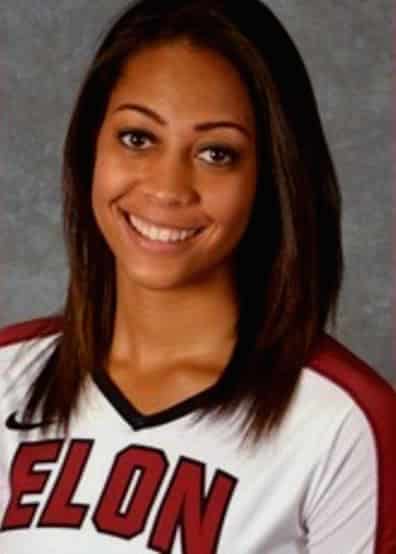 Stephen curry has been in love with basketball ever since he was a kid, we bring you a few of the numerous rewards he got for his undying passion or major successes in the game. 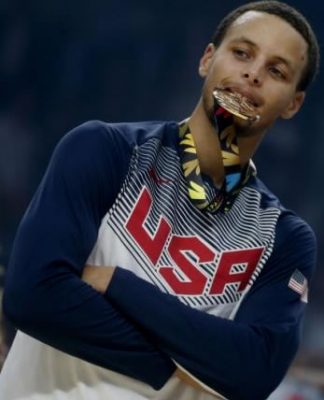 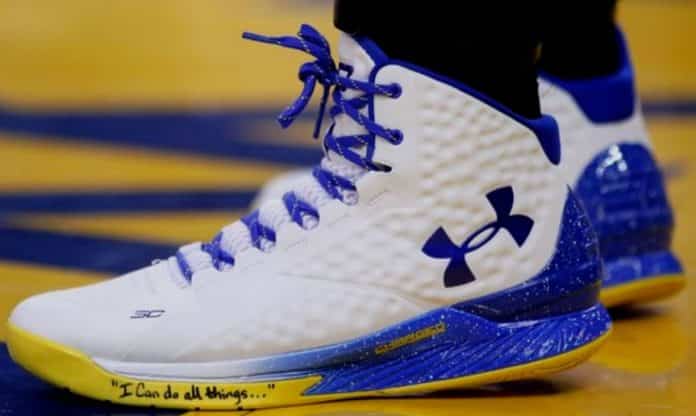 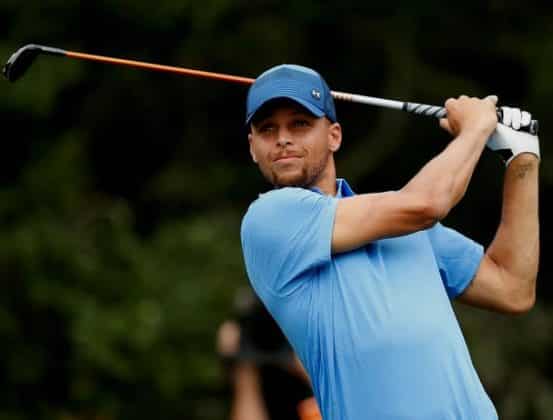 “Wearing the number 30 jersey is like paying tribute to our dad. He is the one who taught us the game and meant a lot to us. He has worn the jersey since his high school days, and so Stephen and I are wearing the same number jersey. It’s like a family number.”

Thanks for reading our Stephen Curry Childhood Story, plus untold biography facts.

In childhood biography, our team strives for accuracy and fairness while delivering the Biographies of Basketball Players.

Stay tuned for more NBA players’ life stories from this category. You might find some interest in the Childhood stories of Bam Adebayo, Trae Young, and Ja Morant.